EVS Blog: Tenth month in Ritsu (Actually not that much there) 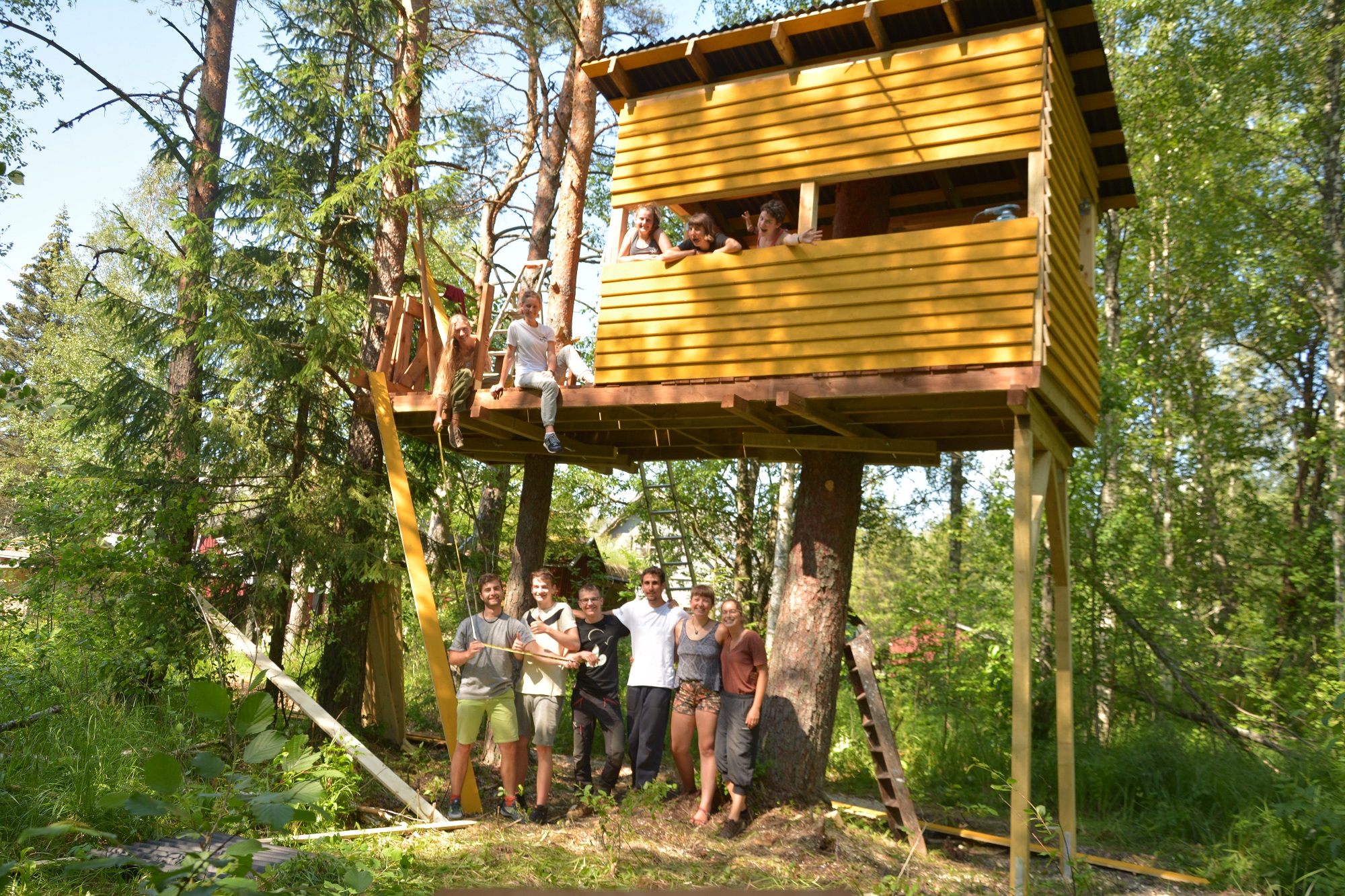 1- In one month i’ll be already flying to Spain

And that’s what i wanted to come to. This is my blog about June.

June has been my favourite month in Estonia. If you want to know why, just keep reading this article

So, as i said, i liked this month a lot. There´s some reasons for that, but i’ll start explaining what i’ve done by chronological order.

The month started with me sleeping in a tent in the Looduskool. It was a cool camp with many youngsters in a beautiful hill next to Hargla. My main task there was to taking pictures and making a video, so i was very happy to do it. Here you can see the video of the

A few days later i had another events in Valga that also consisted in me taking pictures. In that case it was in the Suur Lastepidu, where i was taking photos and printing them in the moment. There was a lot of kids coming to take pictures with their friends, so i like to think that those friends photos on paper will be forever with them. In a High School i was attending in a photography workshop where we also used the little printer. 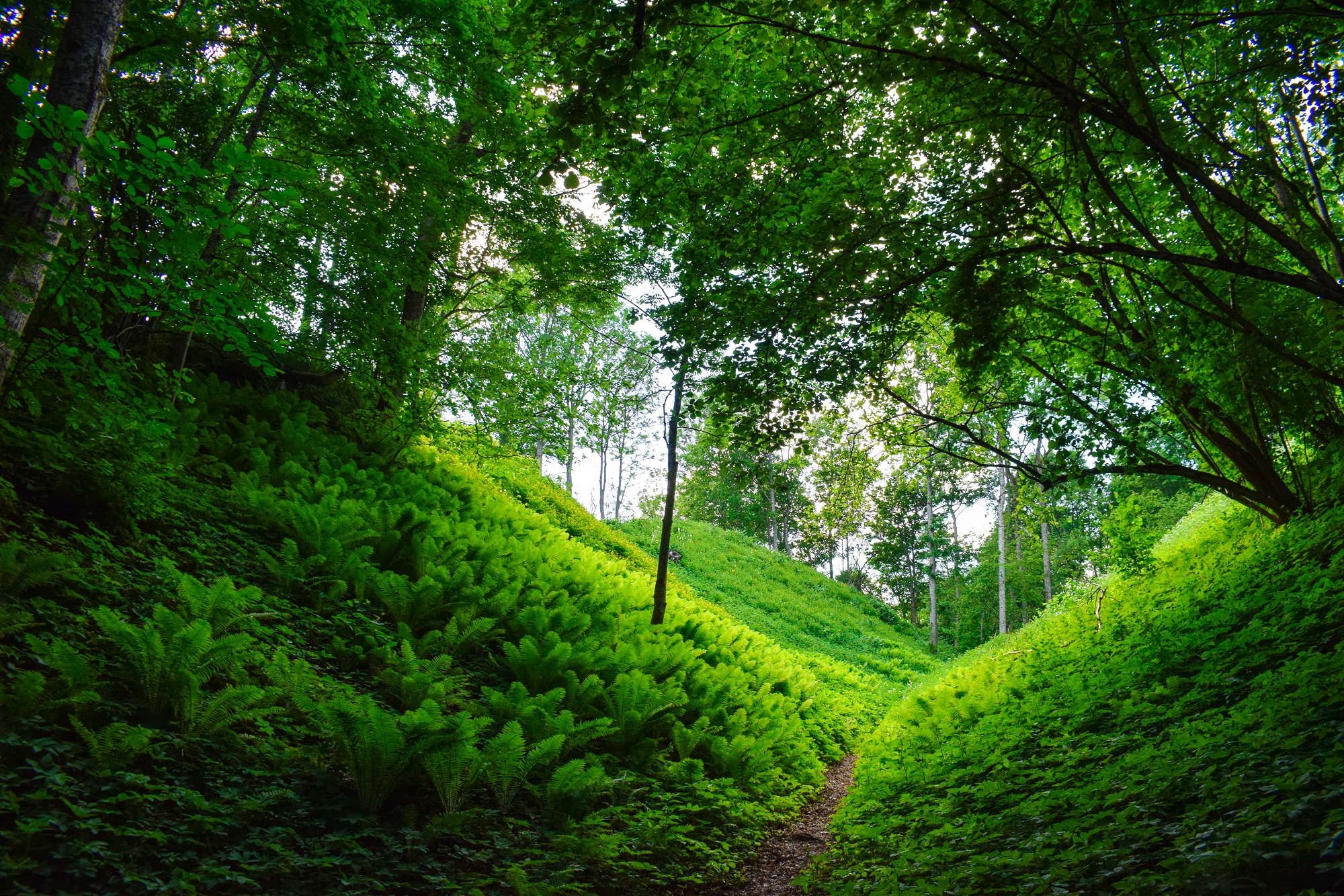 One saturday i went to the forest around Viljandi

Some other day in June i joined a trip with the Valga and Hargla youth centers to Jurmala Waterpark (In Latvia). There was like 8 years since the last time i went to a waterpark (i don´t know why, because they’re fun and we have a lot of them in Spain). This time i was as scary as i used to be about very big and declivitous slides, but this time i was less intelligent, because i jumped in all of them and my falling time consisted in my eyes being hit by water at 60km/h and me regretting of my own existence. It was nice in there actually, but too many hours of bus.

The rest of my working days where not that much in Ritsu Noortetuba, Ala School or Torva ANK, because at the end of the month i had the Premiere of my documentary in Tõrva Cinema. And i needed to finish the movie, so i spent a lot of hours this month sitting on my flat  just editing the movie. I needed hours for every minute of film, and the total length is 59:15. But i manage to do it on time, and i’m happy with the documentary.

You can watch the 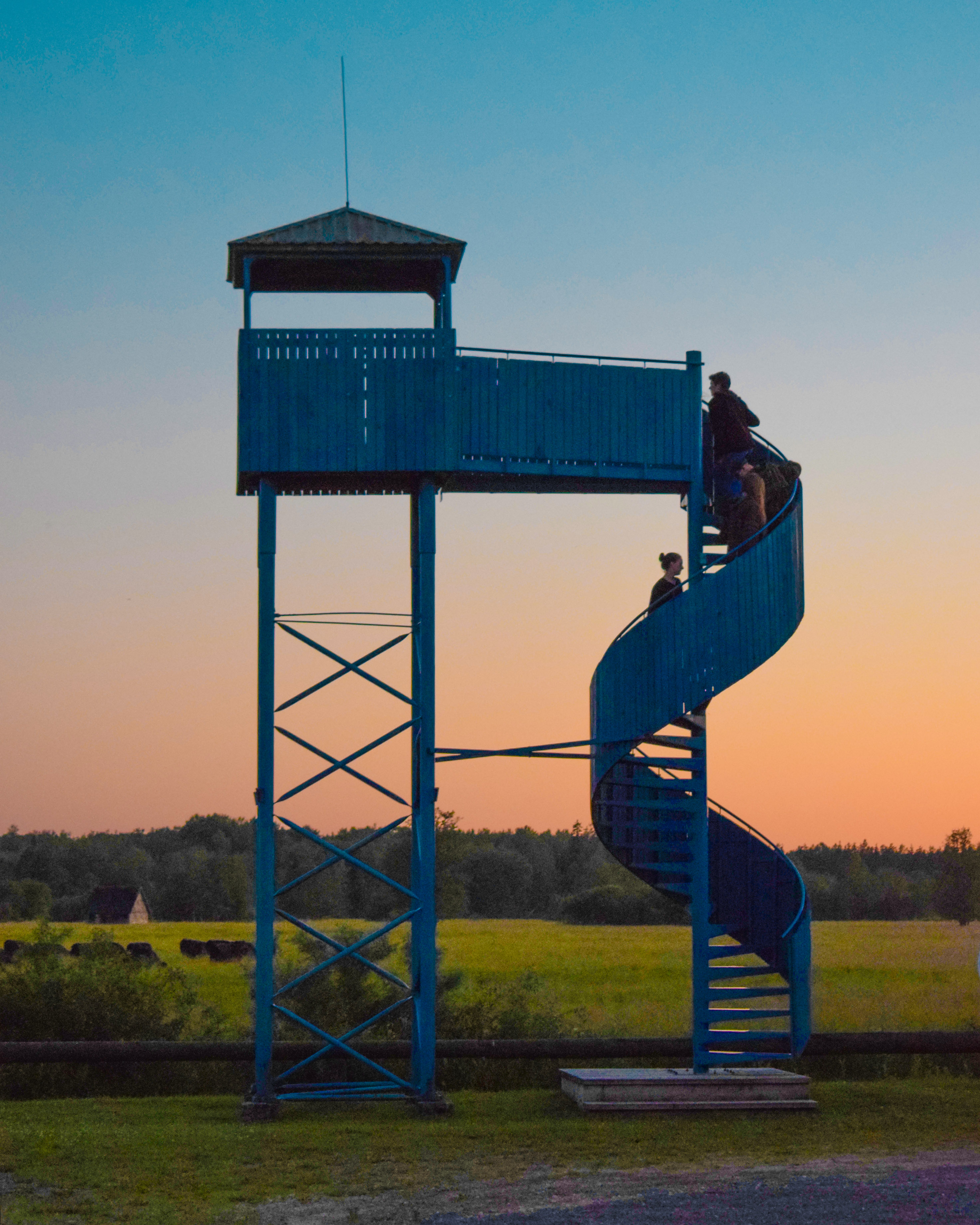 That was in Sooma National Park. I'll talk about that a bit later

29 of June of 2019, the day when i saw, for the first time on the cinema, a movie made by me. There was not many people watching the movie (only 9 people -4 of them not related with the movie-) but it was fine for me. The people who saw it, they liked it, so that was enough. The day after i also did something for the first time, in that case it was an interview for Tõrva Radio.

Other weekend i went to Pärnu to visit the city and Magdalena another volunteer from Austria. It was an amazing weekend, i wish i had been more times in Pärnu during my project. 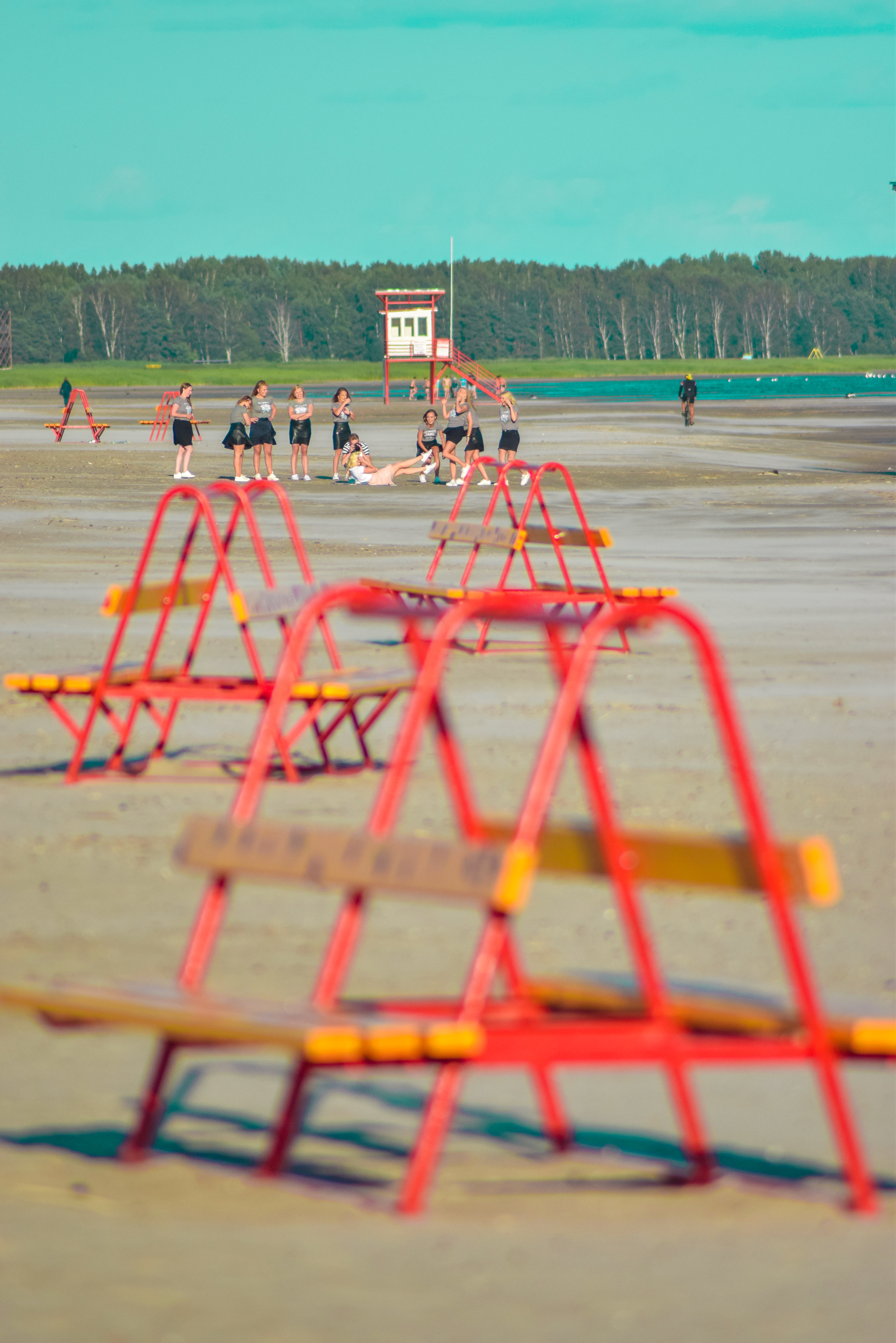 Pärnu beach reminds me of the 70's

And now my favourite part of the month: Tipu.

Sounds like a Pokemon, but it’s actually a Digimon.

Nah, really, it’s a place in Sooma National Park where i was, together with another volunteers (Melina included!) building a wooden observation house in a tree. It was just a mazing the whole experience. I get to know very nice people from Germany*, Portugal, Georgia, Ukraine, and Estonia.

*Because of that i’m now very into a german band called Von Wegen Lisbeth. They’re very nice, i like! 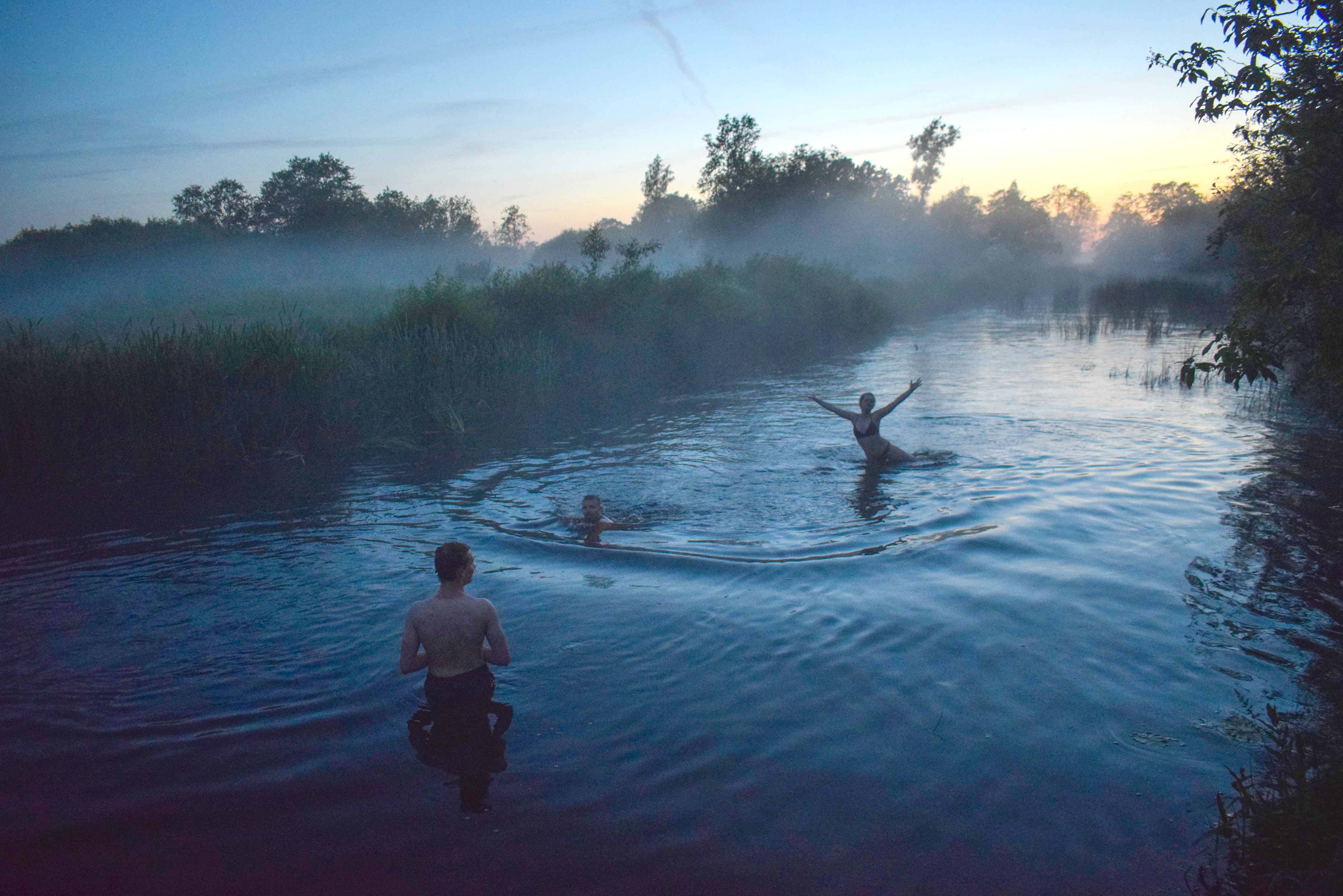 Swimming in the river in the midnight. Spoiler: It was cold.

But it was not only building the thing, we also went canoeing, milked a goat, get lost in the forest, swan in the river during the day and during the “night”, slept in a bed inside of a big tent, played many groupal games. And the most important, i learned that banana is good on the pizza. 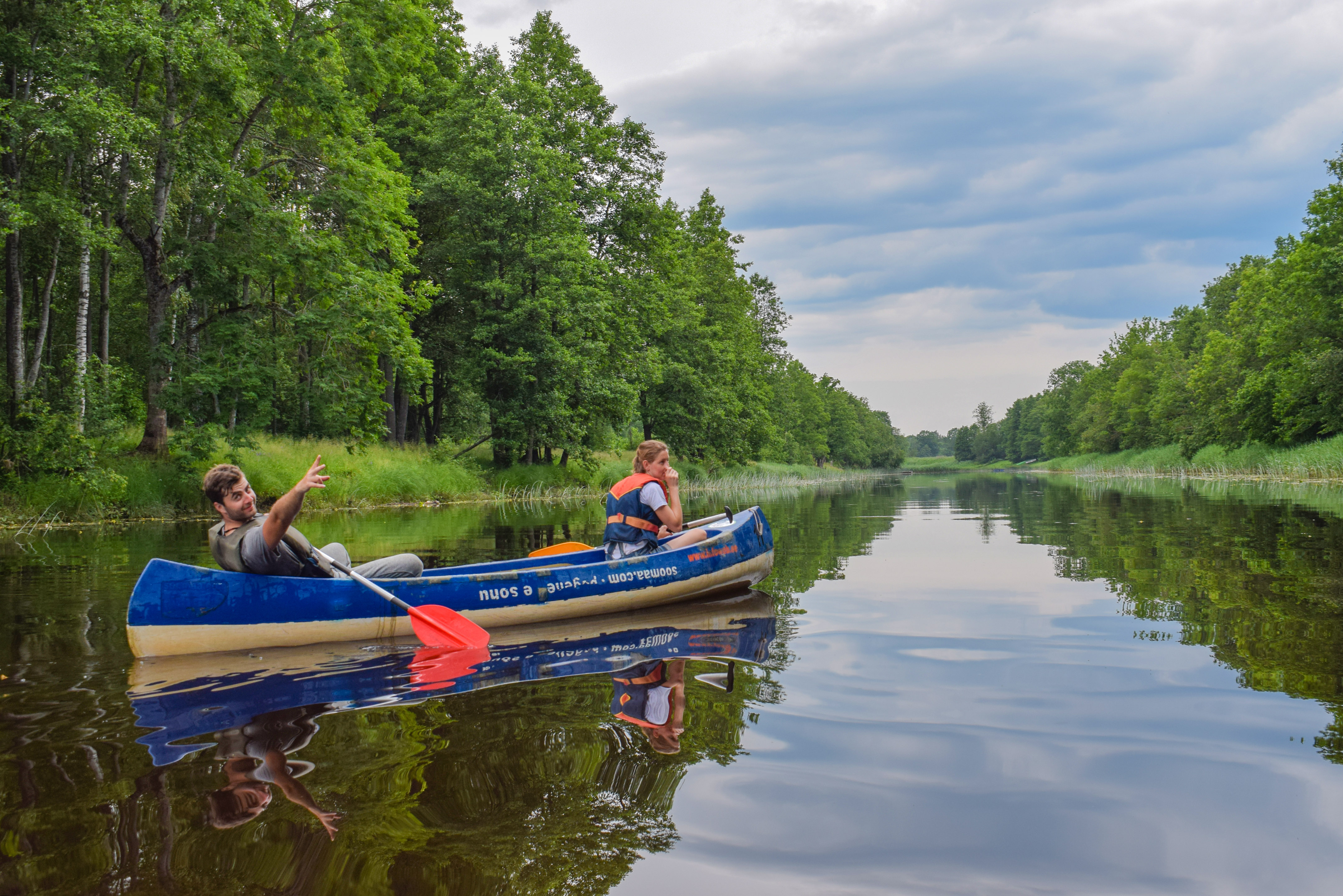 During the canoeing excursion i was very afraid because of the camera, but it was really fun, and no electronic devices died. 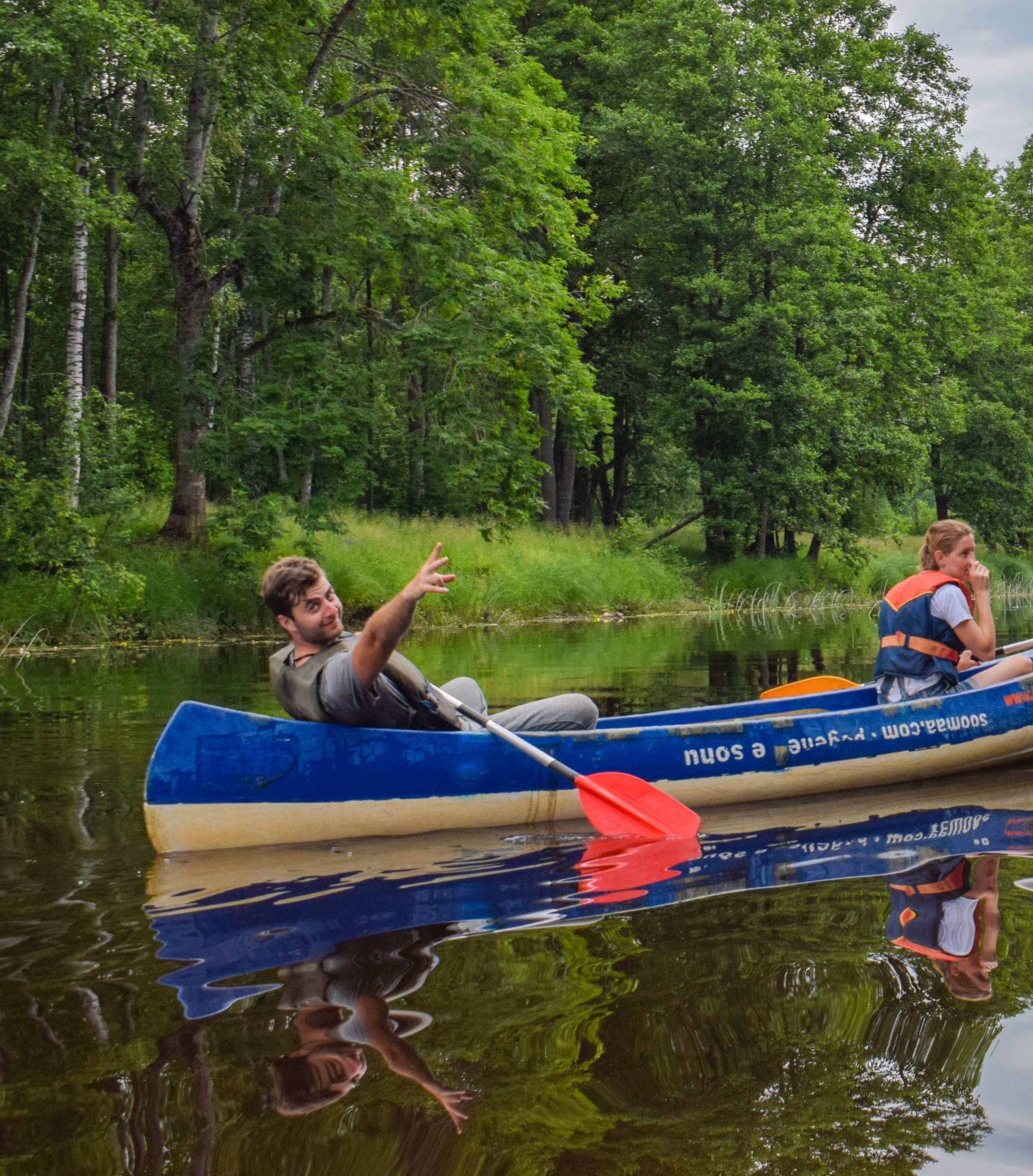 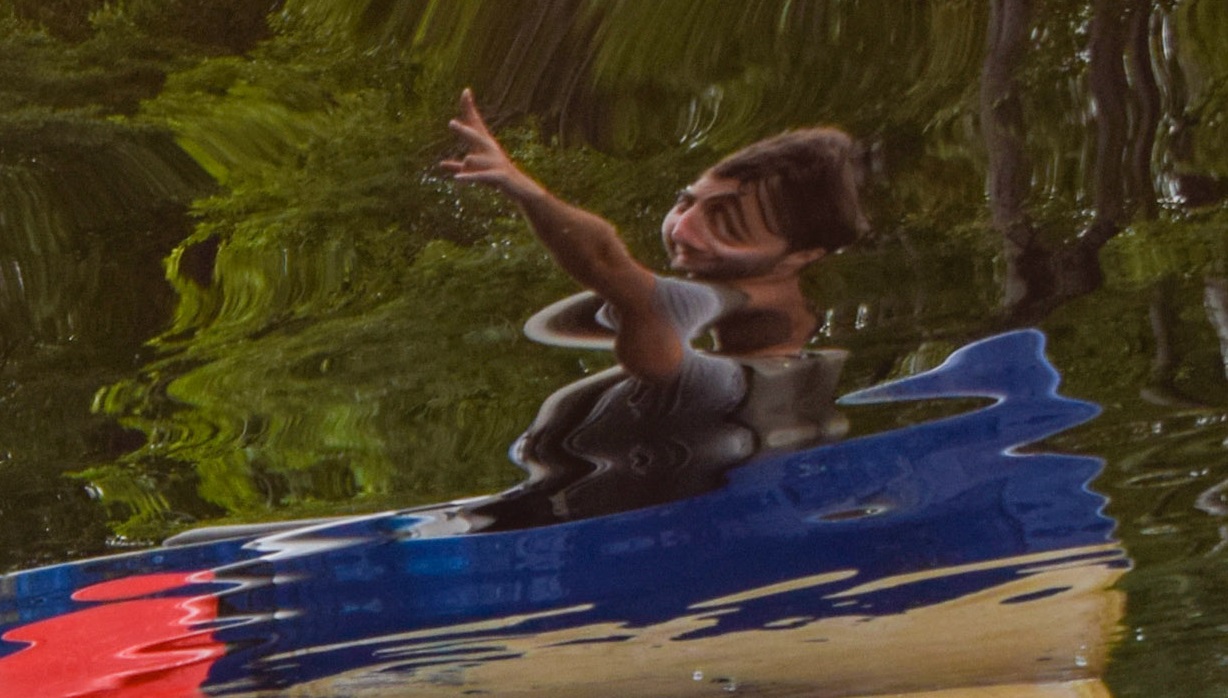 When that “camp” ended, Melina and me went directly to Hargla to the Jaanipäev. There, together with Magdalena, we cooked a big salad, a delicious austrian dessert with apple, an improvised (but surprisingly good) hummus. And gazpacho. A lot of gazpacho. People liked our food and we liked that people liked it. And there was the fire. It surprised me how not important it was in the event. I thought it was going to be like some kind of tribe ritual dancing around the fire and making sacrifices, but no. The fire was big and was there, in one side, burning and thinking by his own about fahrenheit and celsius. The day after we went to the same kind of party, in Tõrva, but before we swan in a lake in Valka.

In Tõrva there was many people that day

Ahh, i almost forget about something interesting. One sunday i was in Valga when i saw a tank. I thought it was from the estonian army, so i went there to take some pictures. Then, the crew went out from it and they were speaking spanish. There was the spanish army in Valga. Also the canadian one. I talked with the spanish soldiers and they were very friendly, They let me go inside the tank (they’re very small inside) and they gave me a couple of those military boxes with food. Not only food: Spanish food like the delicious callos a la madrileña. I’m very thankful for them.

So that was my month of June. A very nice one.

Let’s see what July have prepared for me.

Remember that you can see more of my photos and something else on Instagram: @gabrilost96