But i still have to explain what i’ve done during the month of July. Let’s see how is another amazing summer month in Eesti.

During July i had only a few of regular working days. With “regular working days” i mean days in Ritsu Noortetuba or Tõrva ANK, but that doesn´t mean i haven’t work or something, it has been another kind of work, because it was de Malev (A working camp).

We made this beautiful french styled (or brithis, i don´t remember) garden.

I have to say i had no idea what i was going to do and where until i arrive there. Before of that i was a bit afraid, because on my head it sounded like a camp with tents in the forest, and those days it was going to rain a lot, so i was very happy when i arrive to the place and i discover that it was in a house. In a manor house, in Kaajärve. We had beds. And, the most important… We had a piano.

That detail saved my life, since the camp was two weeks and i was worried about two weeks without playing the piano (never been so long without playing, in ten years). And, casualties of live, half of the twenty kids from the camp were also pianists. So we had always some song playing in the background. It was funny that they were playing always the same song for each one, so after some days you could know who was playing, just because of the song that was playing. They wanted to reach perfection in those pieces, and they did.

But the work there did not consist in playing the piano, we were there to do some hard work. We created, from zero, a beautiful garden. That consist in moving a lot of soil, making holes, cutting trees… A lot of physical work. But not only work in the camp, we had two days of a gathering with the other Malevs in an almost-a-hill in Otepää. There, we had funny activities and competitions, and we meet the new Tankla´s volunteer: Volodymyr! (A guy from Ukraine, luckily another pianist, so he came with us to Kaajärve). Other day in the camp we went to an adventure park in Otepää. I have to say i thought it was going to be very “easy” and even “for kids” but, oh my god, it was fun, and hard. Fuard. It pushed my vertigo away, and at the end of the day i was jumping happily from tree to tree at 20 meters high. (We had security ropes). So, after two fast weeks, the camp was over and i had already two weeks left in Estonia. 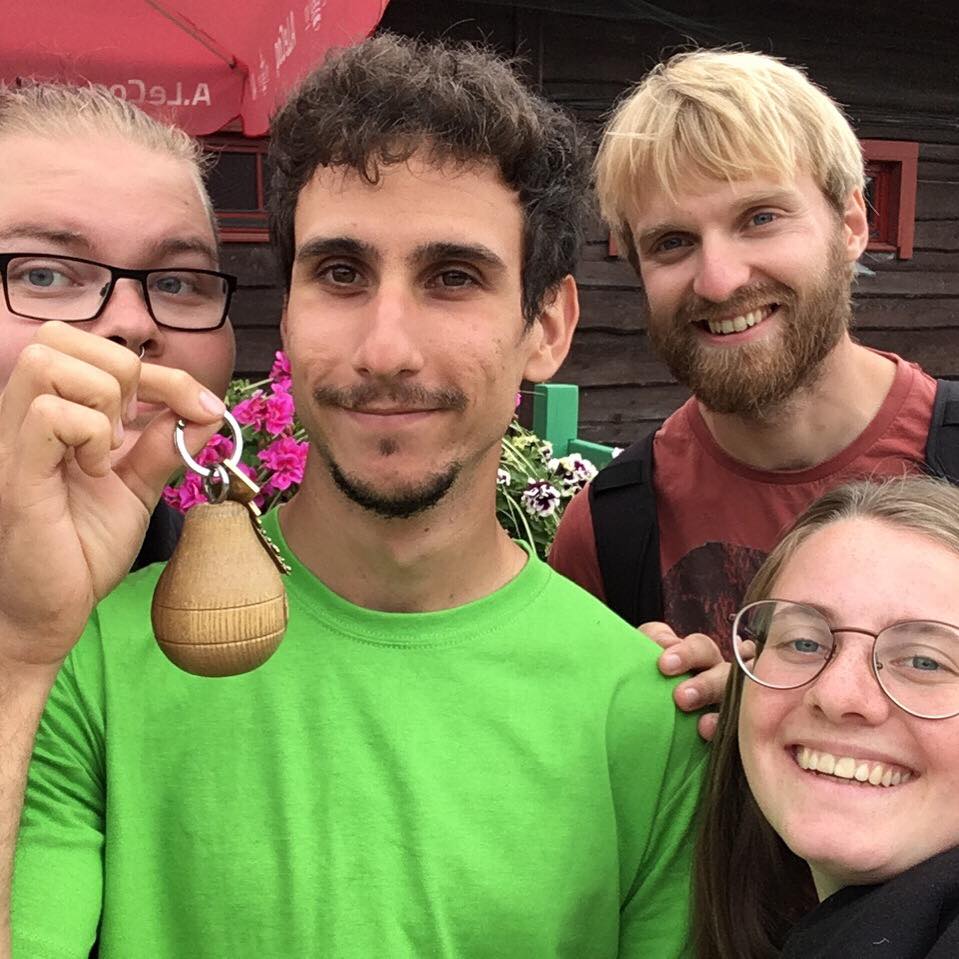 The four Tankla Volunteers ( From Left to right: Vili, Gabriel -me-, Volodymyr and Melina) Steve McCurry, 1976

Ahh, at the beginning of the month it happened three interesting things.

One day, out tutors and coordinators took us (Melina, Vili and me) to a trip to some towns near the Peipsi Lake, It was very interesting for me, because i hadn't be there before. And we tried fish, wine and onion and typical stuff from there. We also went to the museum of the movie Kevade. Some day i’ll watch it, looks fun. 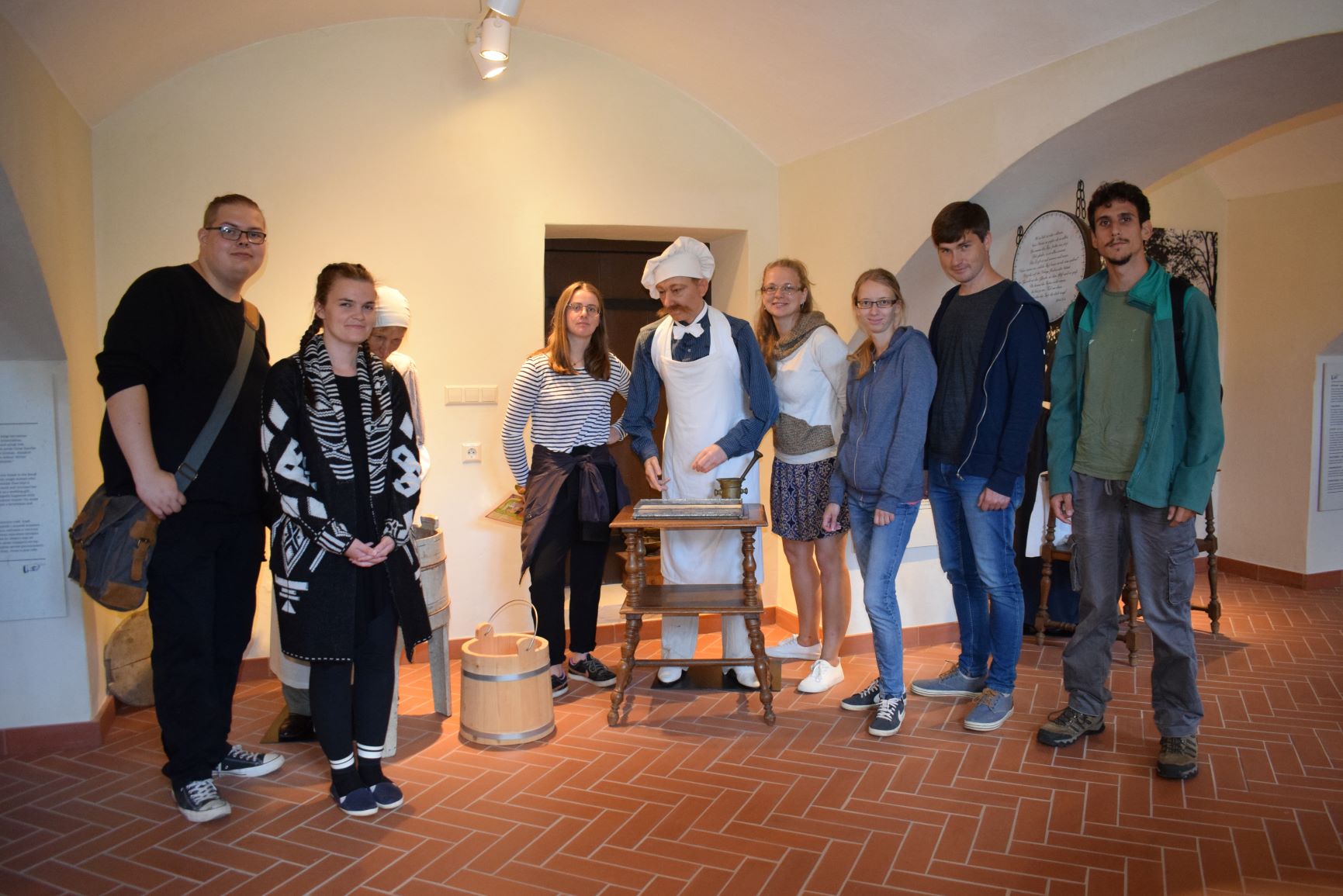 That was inside the manor house or castle in Alatskivi

Other day at the start of the month i had an interview on Tõrva Radio. I hadn’t be interviewed before, so it was also a new experience. I also recorded another radio show sharing spanish music.

Also the Suur Laulupidu. I went to Tallinn with Melina and other volunteers and we could feel how it sounds when 100.000 people is singing together. It was a very funny weekend, also because of the volunteers i was with. 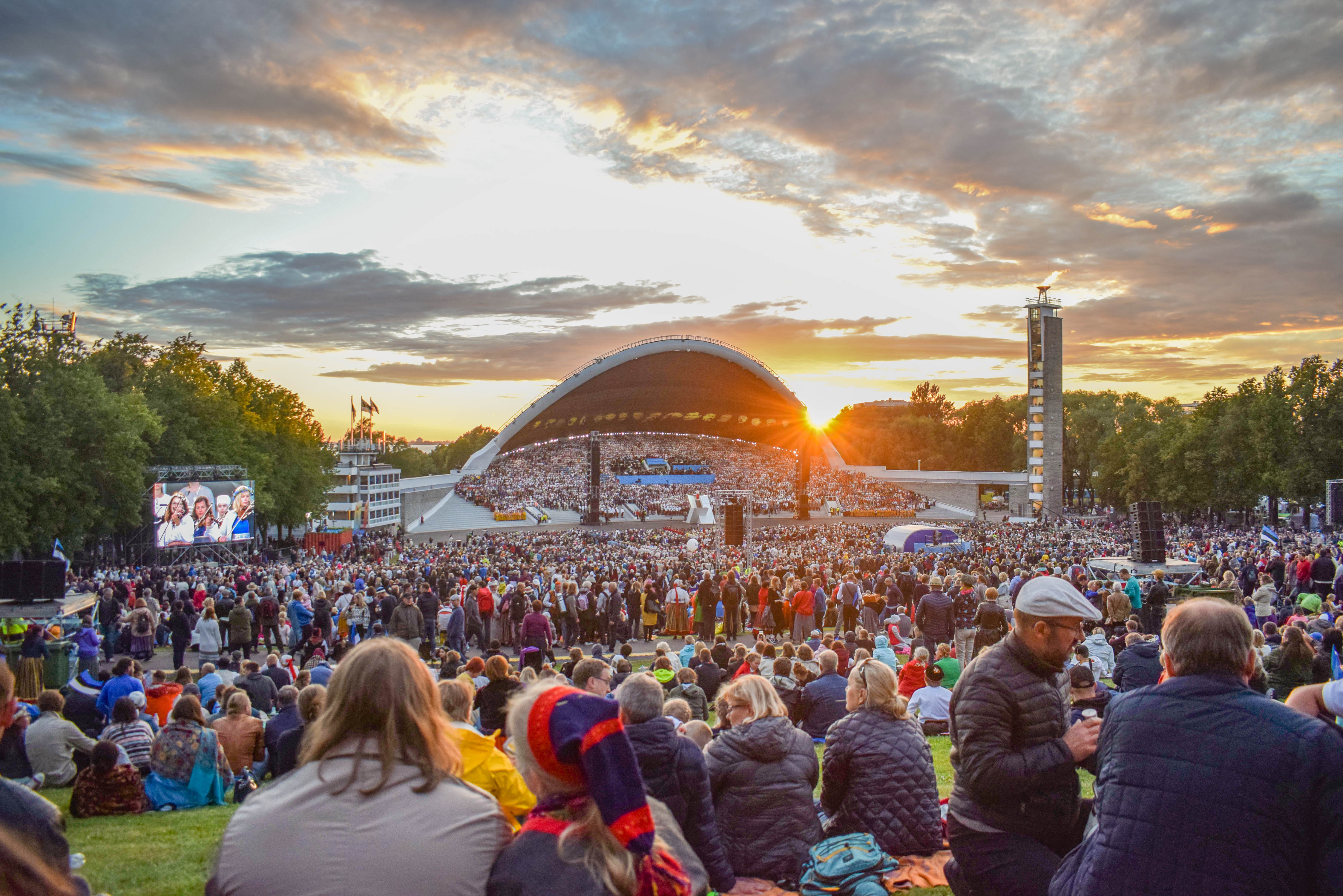 After the Malev i went some days to Valga ANK with Volodymyr and showed him a bit of his new city. It's important to take care of the new generations of volunteers. The old ones we are already leaving (most of them went months ago) and now it's time for the new generation of european youngsters who wants to live the estonian experience.

And almost at the end of the month i decided to make one last trip around. I didn't knew where to go (My plan was going to an abandoned city in Latvia called Skrunda-2), i just went to Valka and there i started to hitchhike. A friendly family from Tartu stop and asked me where i wanted to go.

-I’m going to Riga (I said that, but it wasn’t really my plan)

-Ahh, you can come with us, we’re going to Lithuania, and we are driving through Riga.

Some hours later i arrived to Klaipeda, Lithuania. I’ve been there before, but not in summer, so the city had another atmosphere. I went to the beach there and i could explore amazing abandoned bunkers. Next day i walked to Karkle and from there i took another car to Palanga. I visited the city and soon i took another car to the middle of the forest somewhere next to the border with Latvia. From that point a young couple pick me up to Liepaja, Latvia. I had time enough to explore city and it’s bunkers on the sea. 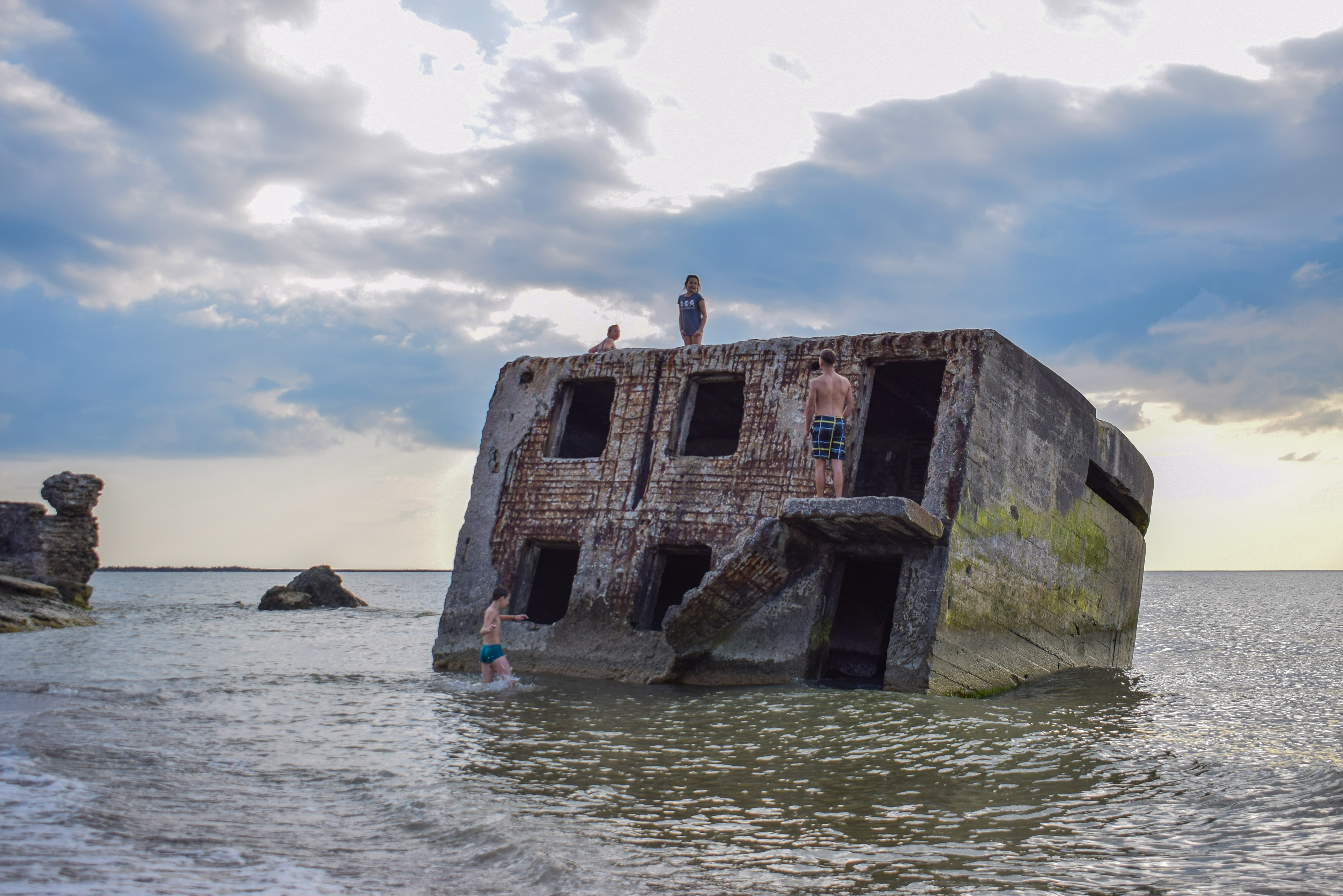 I'm sure i'd been here before in a dream or something.

Next day i made it to Skrunda, from there i took another car (a convertible one, so cool!) to Skrunda-2. Btw just to remember that you can see my pictures on Instagram searching "@gabrilost96"

Finally i was there, arriving to an abandoned city i wanted to visit since more than one year ago, even before to come to Estonia. But then… 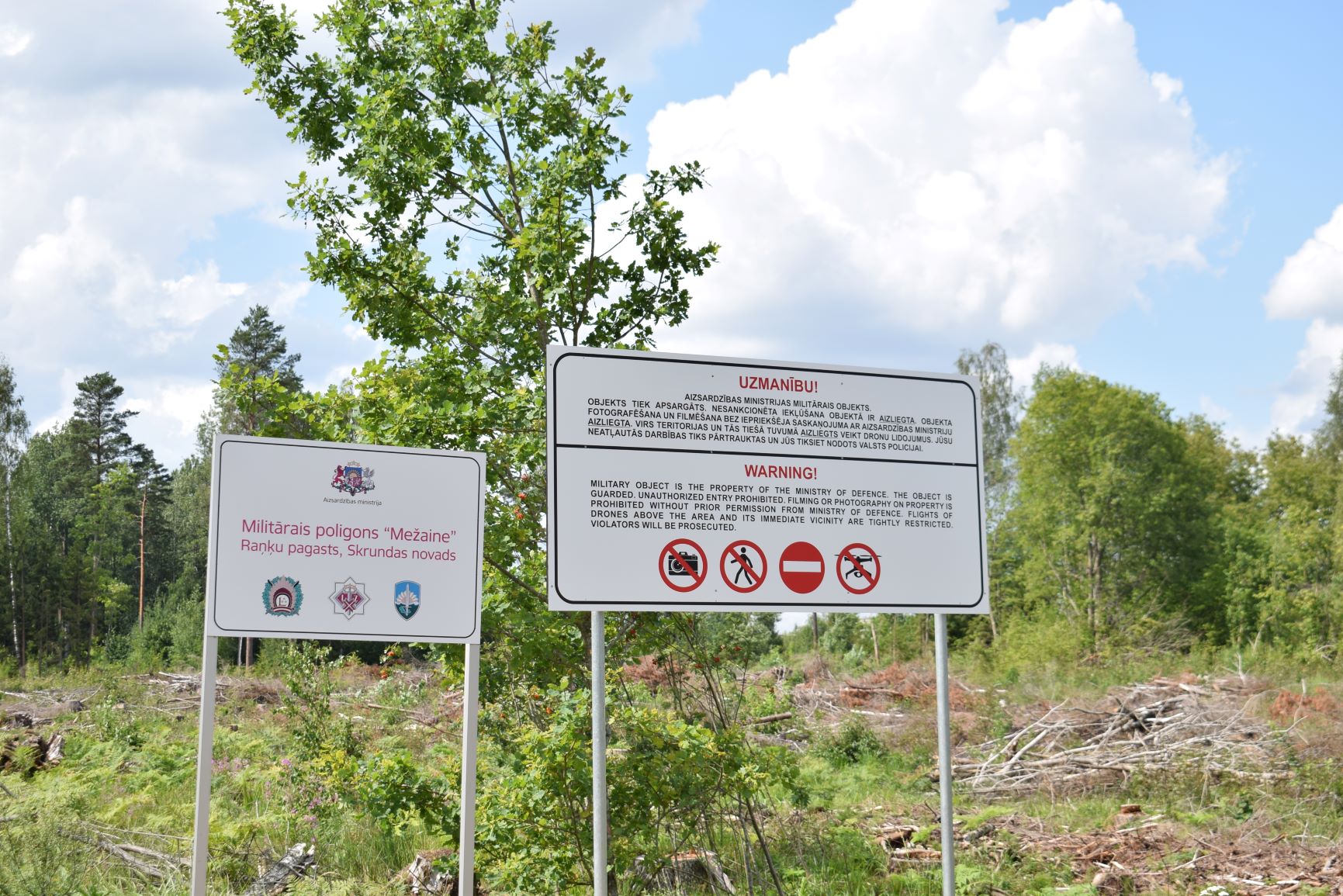 In resume: The place is now a militar area, and if i enter i was violating the law under the Latvian Ministry of Defence and been prosecuted. So i prefered not to mess with the army.

Okay, i couldn’t enter. So i took another car to Skrunda and, from there, another to Riga. In Riga i walked a lot down the most periferic districts. Next day i spent most of the morning trying to take a car at the end of the city in the north. It was really hard. Finally i could take one… with the same family who took me from Valka to to Klaipeda, they were coming back now to Estonia, so i came with them. From Valga i took a last car (with this, ten in this trip) to go to Tõrva.

So that was a nice adventure to finish the big adventure that has been to be living for eleventh months in a small town in the forest in the south of a small country in the north-east of Europe.

Not everything has been perfect, but in general i’m happy that i had the opportunity of living in Estonia for such a long time. All the people i’ve meet, all the places i’ve visited, all the new tastes, new words in a new language, new songs, all the animals i’d never seen before, new kind of flying insects who wanted to eat me... all this is priceless and it will be always with me.

I think i’m supposed to say thanks or something. But i’m not good at that kind of stuff, and if start saying names, i’ll have to name too many people, so i just want to thanks to everyone who things that he/she should be thanked here. If you think so, you’re probably right, so thank you!!