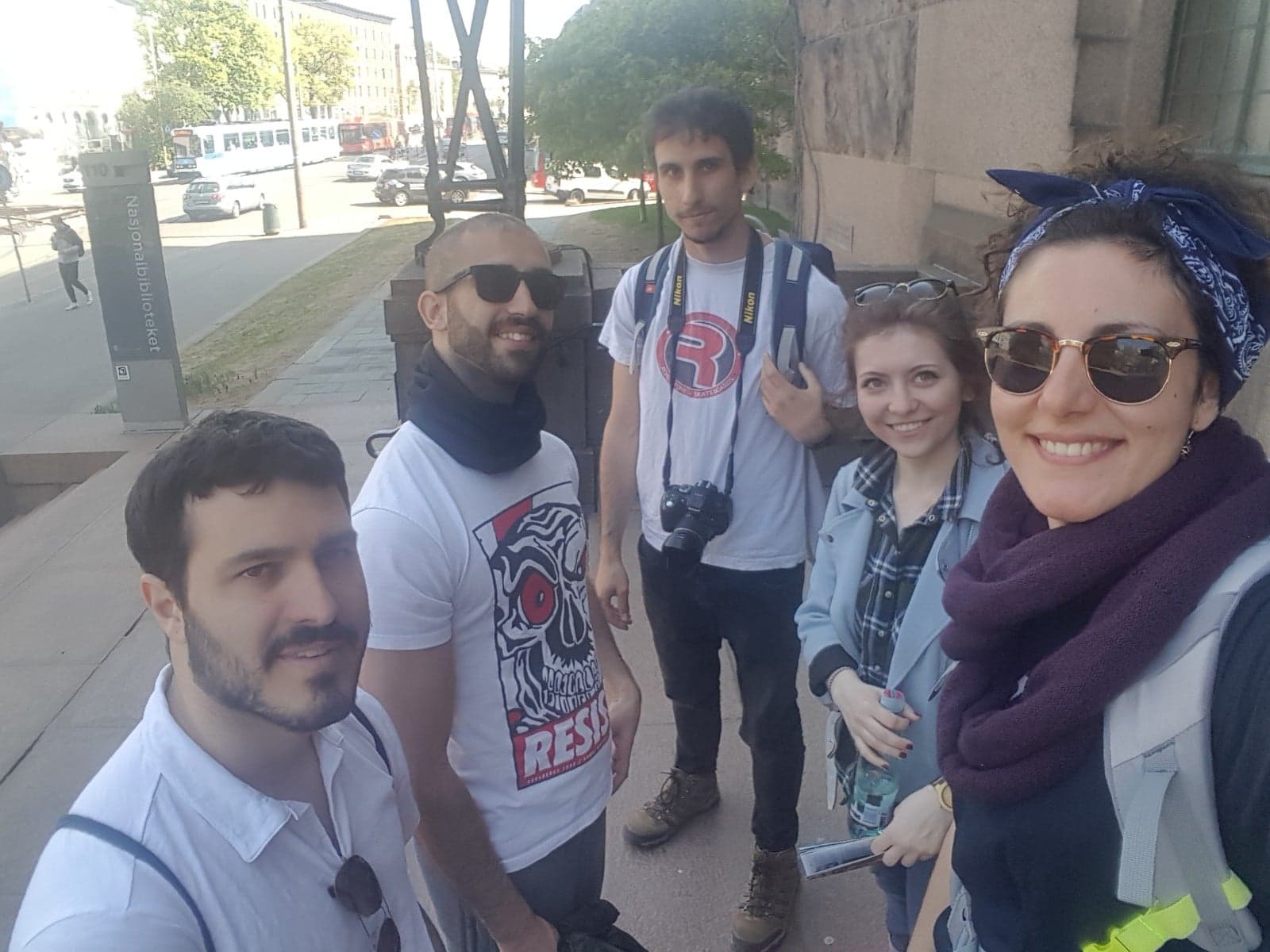 The Spring it´s exploding all it´s beautyness in all Estonia. For the first time since i´m here, the weather of Estonia and Spain have been quite similar, even sometimes warmer in Estonia! Some days it´s being able even to wear short clothes. But the reality came back at the end of the month bringing us cold and snow again. It melt just with the contact with the floor, but the thing is that it was falling snowflakes at the end of April. This is something i could expect from one of the Jupiter's moons, but not in Estonia. Suddenly, it feels like the days are very long (in hours of daylight). Also there´s a lot of birds i´ve never seen, and some others that i´ve seen before, but not as often as here, like the storks. It´s full of them on the fields, and sometimes on the sky. April has been full of things to do, maybe too many, because i´ve been in Ritsu and Tõrva only a few days, since i´d been working one week in Võru, another in Hargla, and some days i went to Norra (Norway) which was a country i fell in love with. But let´s start with the beginning of the month. 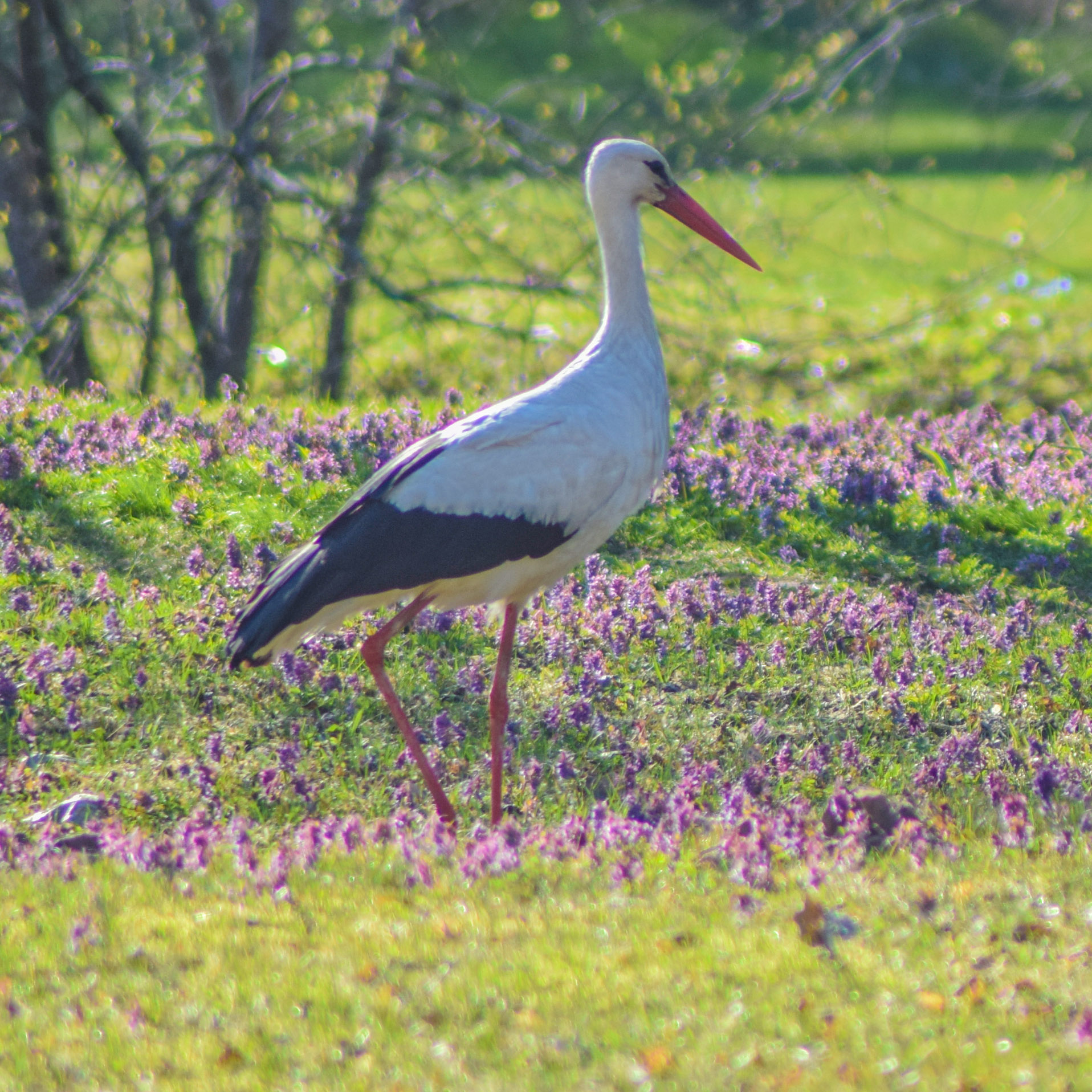 In Tõrva you can see the storks that close

The first week of the month it happened that there wasn´t a youth worker in Ritsu, because the previous, Epp, is not working there anymore, so the Noortetuba was closed. I wanted to do some «Miniexchange» to work in another town, so i went to Võru to be living and working with Eleonora, a volunteer from Italy who´s working also in a youth center. I really liked to have the chance of being in Võru for one week, because i had the opportunity to explore it fully. Even on the mornings in the music school they let me play the piano. The youth center of Võru is kinda different from the one in Tõrva. It´s smaller, and there´s less kids, but the ones who go there are bigger ones. There i discovered an estonian game called WildEst wich is very funny. One of the days i made an «Spanish event» where i presented them my culture and we cooked a very good gazpacho. Something i enjoyed a lot there was also the fact that they have the National Geographic magazine´s full collection since the 50`s. For me it was like some kind of dream. The week passed fast and, on the weekend we had in Hargla -with Melina, Katharina and Vili- an orientation game with some activities between the different spots, which you can read about in one of the previous entries.

At the end of the game, i came back to Tõrva in the back part of a military truck. It was very exciting! 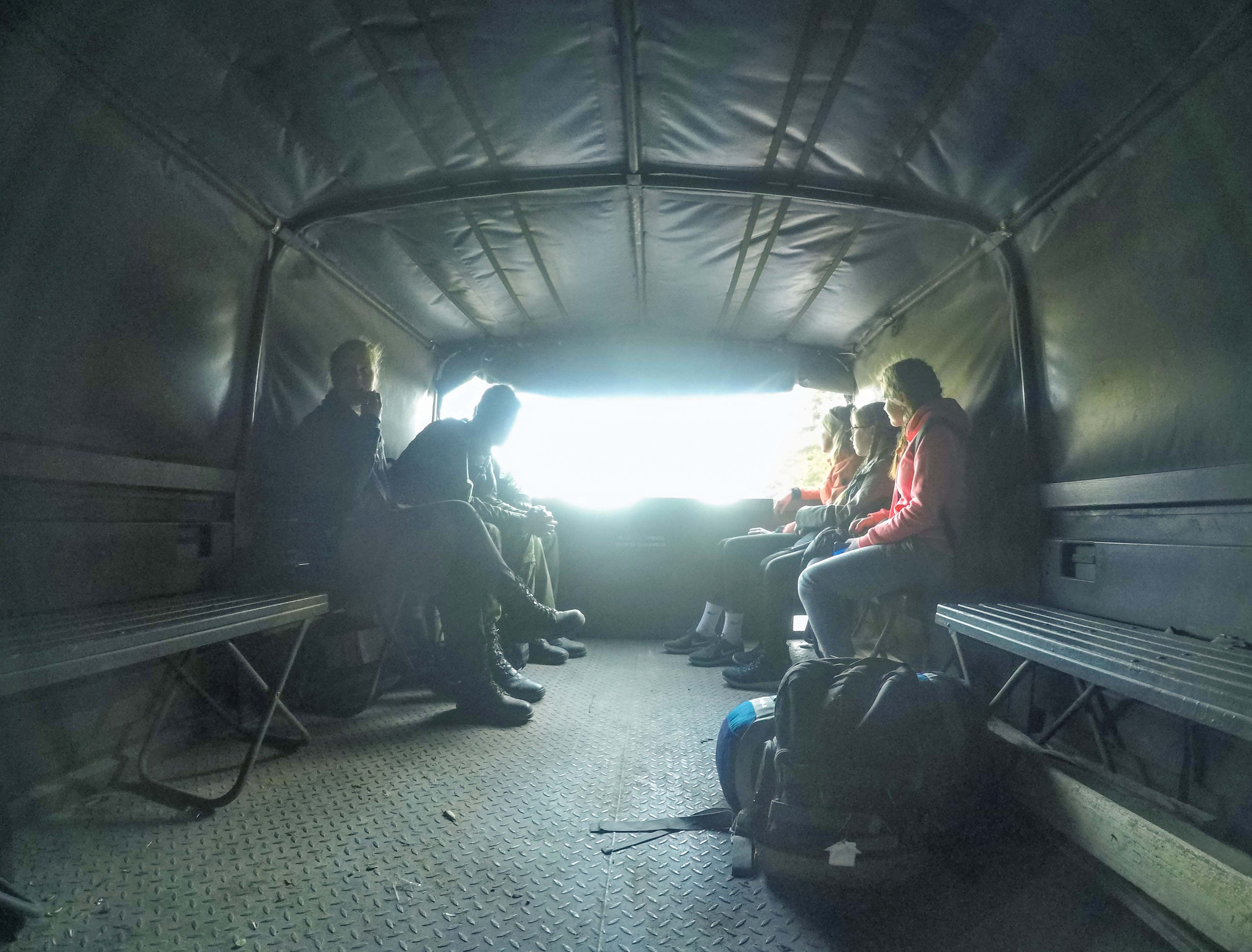 It was fun, but a bit painful sometimes

The next week, Võru ANK was closed, so Eleonora came to Tõrva to work with me. We worked in Ala School, in Ritsu Noortetuba and in Tõrva ANK (All of them are the places where i usually work). Besides working, i showed her the town and Helme castle. During the weekend of the second week, i decided to explore some random town in Latvia, so i made contact with some volunteers in Gulbene, and i visited them. I was lucky to go there on the same day when there was a folkdance competition. When the event ended, i joined them in a party and there i meet people from France, Austria and Spain. The second day i visited the lovely town of Cesis. 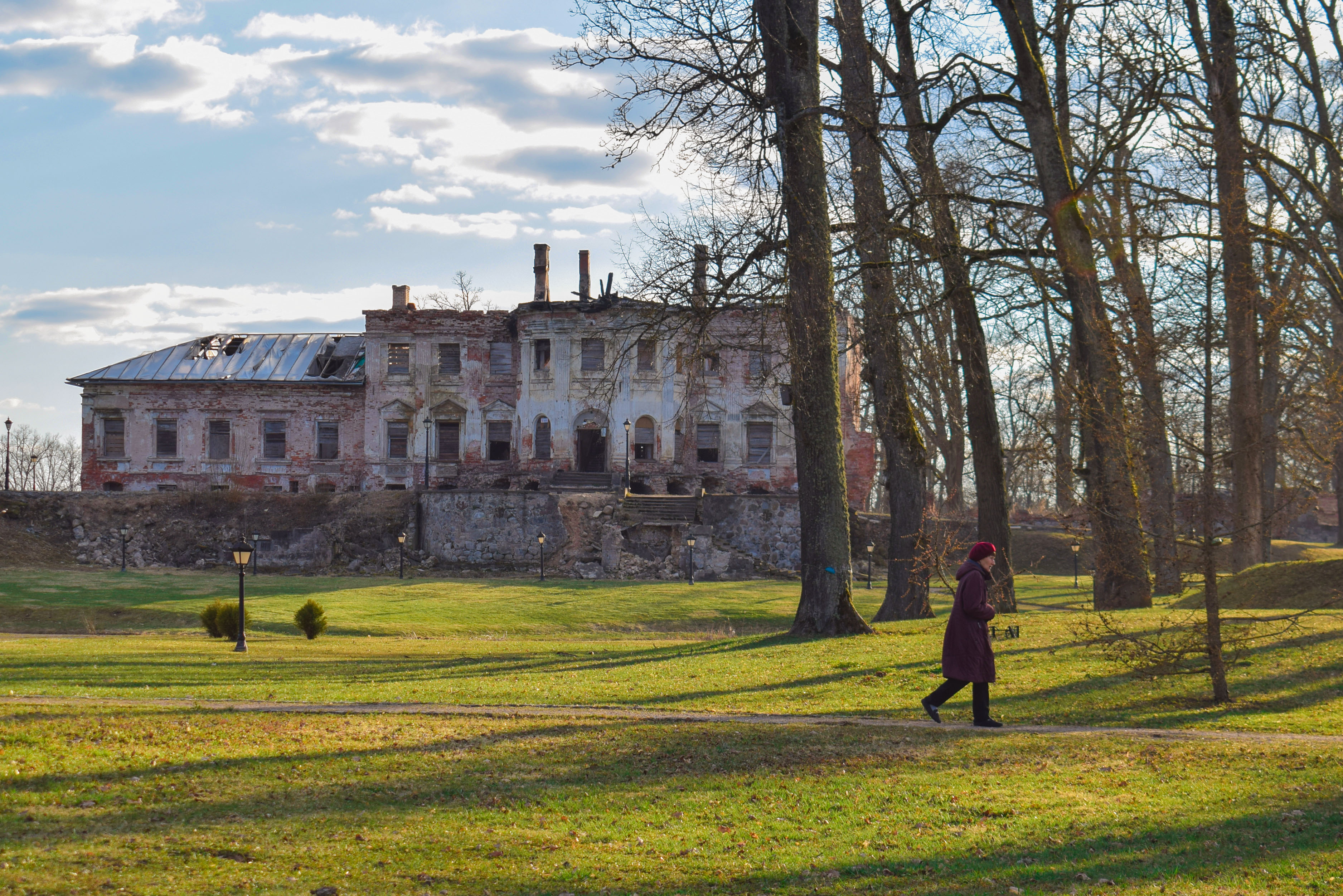 Gulbene is very interesting to explore if you like abandoned buildings

The third week of April was the one i was looking forward the most: My sister was coming!!. But that didn't happen till thursday, so the week began in Valga recording my documentary about volunteers. It was the time for Selma, a german girl who works in a kindergarten. It was very interesting for me to see how her project works, and also her folk dance group. Then, i came back to Ritsu to work for another day and on Thursday i went to Riga, where my sister and her boyfriend where waiting for me. It was only three days with my sister, but we still had time to visit Riga, Valga and Tõrva. They loved the town so much that they are even thinking about coming this summer for a whole month. Just the day after my sister leave, i went to Hargla to be working there the whole week. There was many things happening. The first day, they had a new rally-equipment for the PlayStation, so, with a couple of youngsters, we set up the whole thing, that consist in a metallic structure with the seat, the wheel and the engine. Such a professional equipment. They did a rally tournament afterwards. The next day it was the Jüriööjooks (It means something in estonian, but i don´t remember what) (The race of the night of something?) Ma ei tea. Anyway, it consisted in a 8 kilometres race. I was the photographer, so fortunately i didn´t had to run. Just taking pictures riding the bike. The rest of the week, one day we did a technological orientation game with ipads. I was recording Melina for my miniproject. 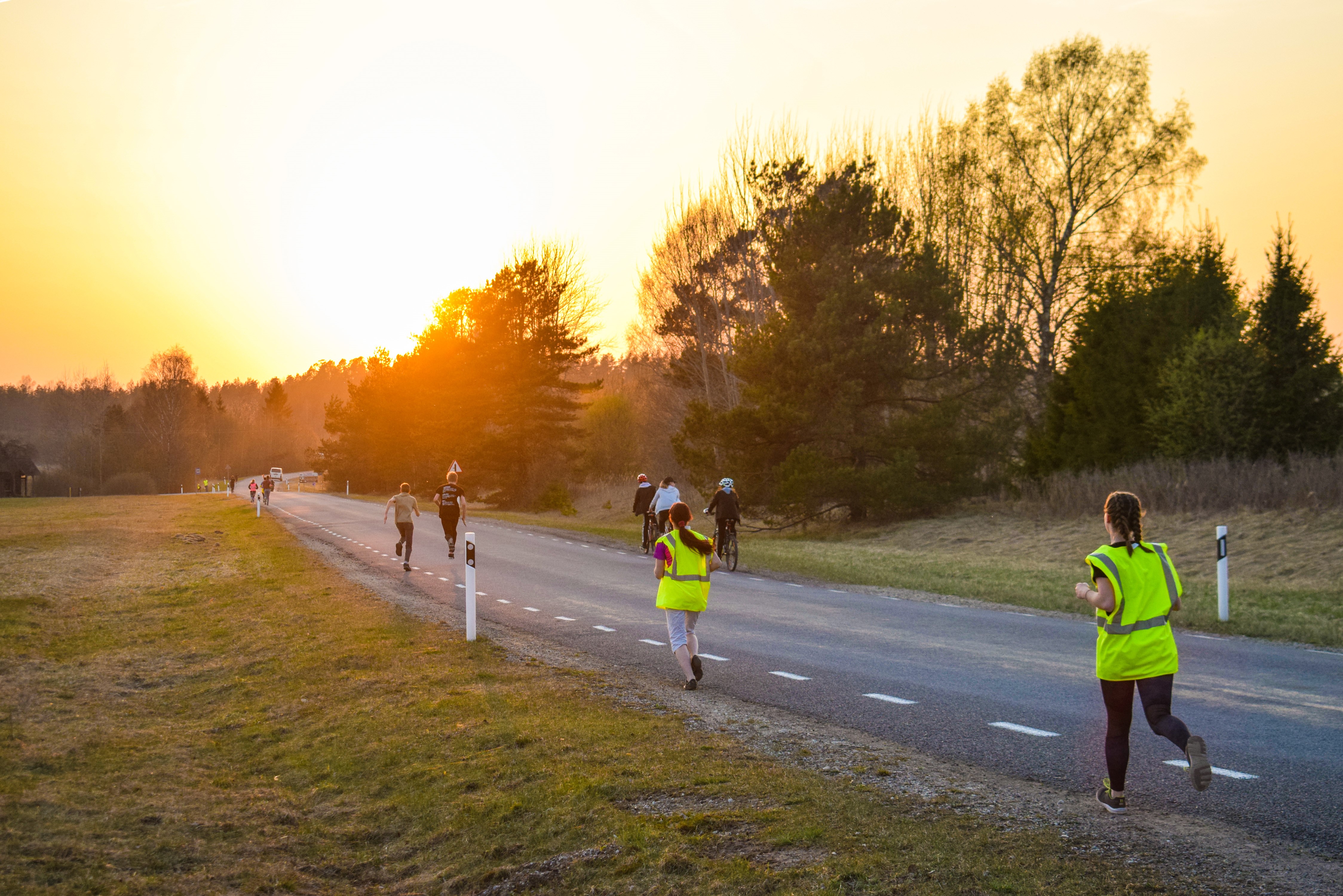 The sunset made the race much nicer

One of the days in Hargla, after work, i was hungry so i decided to go to the shop. But it was closed. Appartely, it does at five (Whaat? Many shops open at that time in Spain!) To take a bus wasn´t an option, because there was not anymore that day. So i had two options:

1- Go to the forest to hunt squirrels.

Squirrels are too cute to be food, so i opted for the second option. It was the second time that i tried hitchhiking in my life, and it worked surprisingly fast. The first car that passed stop and picked me up.

After buying too much food (it´s bad to go to the supermarket when you are hungry) i also did hitchhiking to come back to Hargla. It didn´t worked that fast, but it worked. We had a pizza that night. 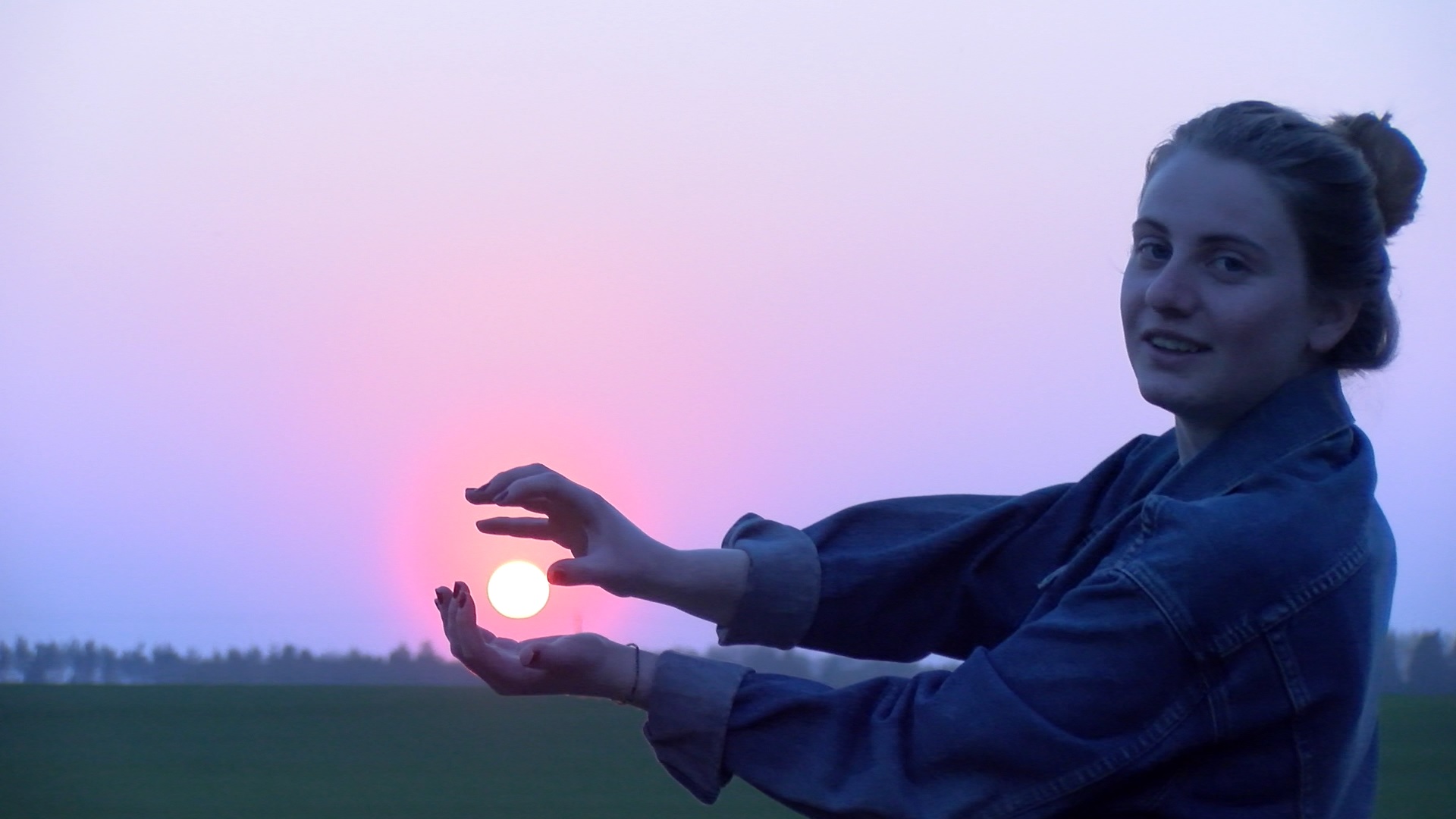 The annoying alarm of my smartphone sounds. It´s 4 in the morning and we have to wake up. It´s fishing time! Five something, the light is coming back and we´re already -together with Rasmus and the youngsters of the fishing club- in the river that splits Estonia and Latvia. Everything was so calm. It really felt like we were in the middle of the forest. I could even see a biever for the first time. My task here was keep recording Melina. It was her first time fishing, and that´s something interesting to record. Surprisingly, she was the first one who catched a fish. After some hours in the place, i fell asleep sitting on a fallen trunk on the sand. 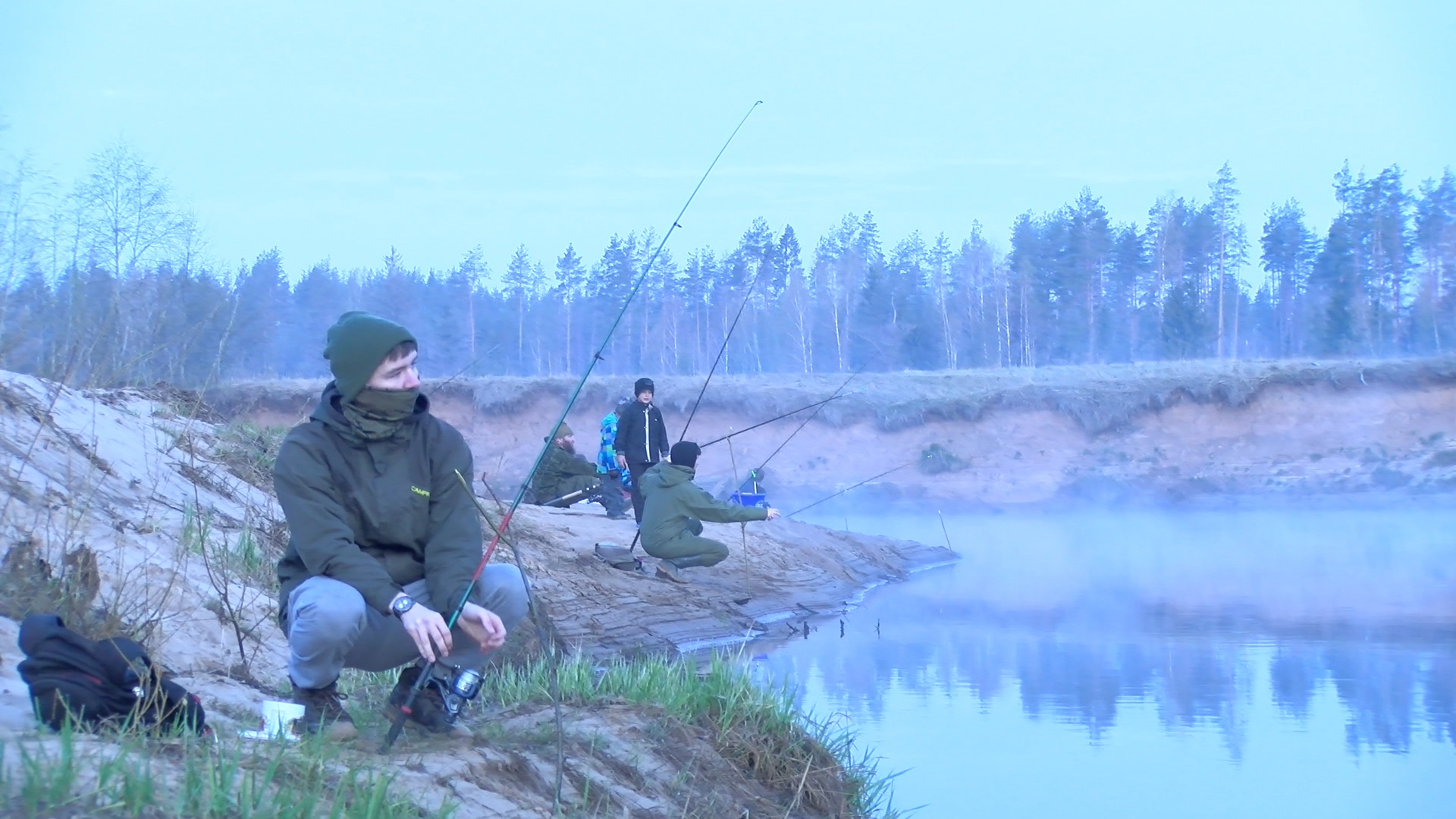 Before of that day, i thought the most important to go fishing is the fishing rod, but now i know that patience is more important

The next day, Saturday, i woke up in Tallinn, in a friend´s apartment (I could go there thanks to Madli and Oliver, who pick me up). I took the bus to the airport. It was time to fly to Norway! So, as expected, the plane brought us (four volunteers and me). It was not much time (only four days), and everything was very -really, very- expensive, but it didn´t stop me to fell in love with Oslo. A funny history is that we found free bananas on the street -because os the ending of a streetrace- and we survived the whole days eating bananas.

Thanks to that we had enough potassium

So that was my April. There´s only 3 months left. And they´re the not-winter months, so that means that the time speed is going to increase and everything is going to happens very fast. Very soon i´ll be back in Spain (·_·) But i have to think about the present and live the moment. That´s what i´m doing.

If you also want to think about the present, don´t forget to check out my instagram account!! @gabrilost96 There you can see pictures of my trips and you can ask me if you have any questions about the project, the country or the meaning and sense of the universe. 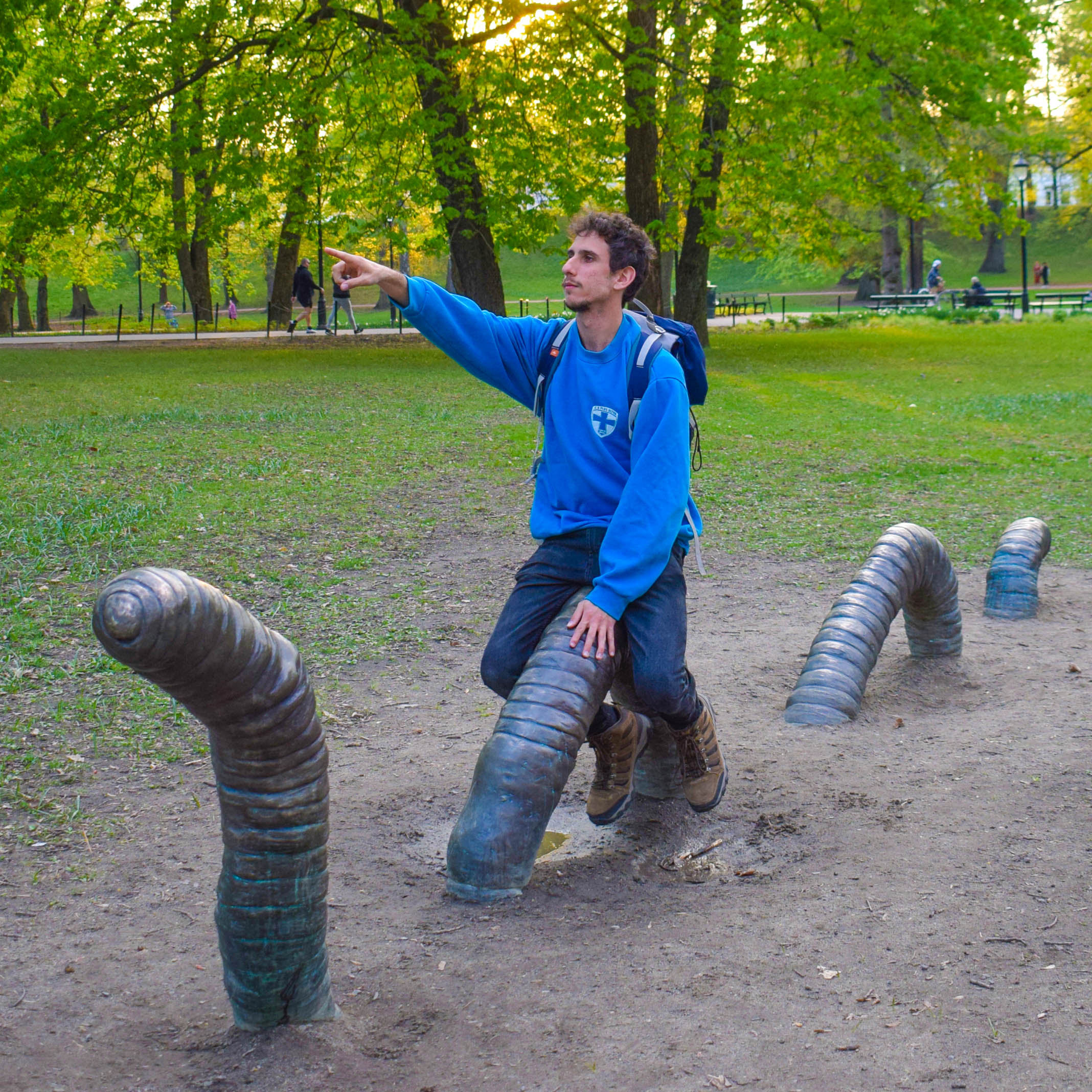