EVS blog: April in Hargla was a pretty big fish 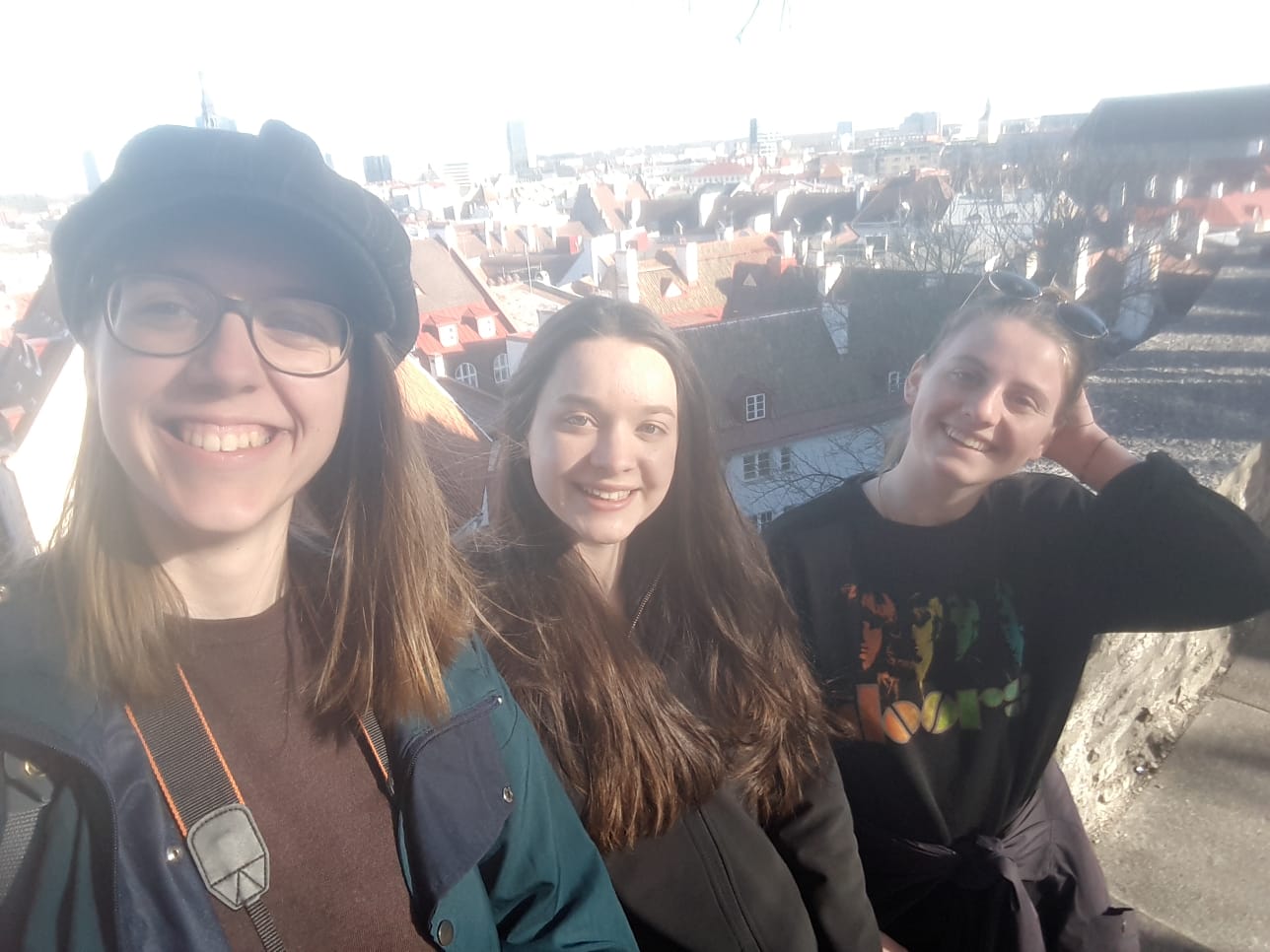 This sounds so unreal and a little scary, actually, especially because I am still not totally sure what to do afterwards. But there’s some time left, so I just try to avoid thinking about that. Which is quite easy since there is always something going on in Hargla – and April was no exception: My friends came to visit, the running event I’ve planned took place, my first time fishing, renovating my new flat and much more!

So, the first thing worth mentioning that happened in April was my creative club, where we tried to do slime again. Remembering the huge mess it had made last time, I was a bit hesitant to try it again. But this time I found a good recipe and after successfully trying it out myself first, I decided to give it a go. Luckily! – Because it turned out to be a huge success! The youngsters had a blast getting their hands all slimy and kept asking me if we could do slime again even until weeks later, which we eventually did. 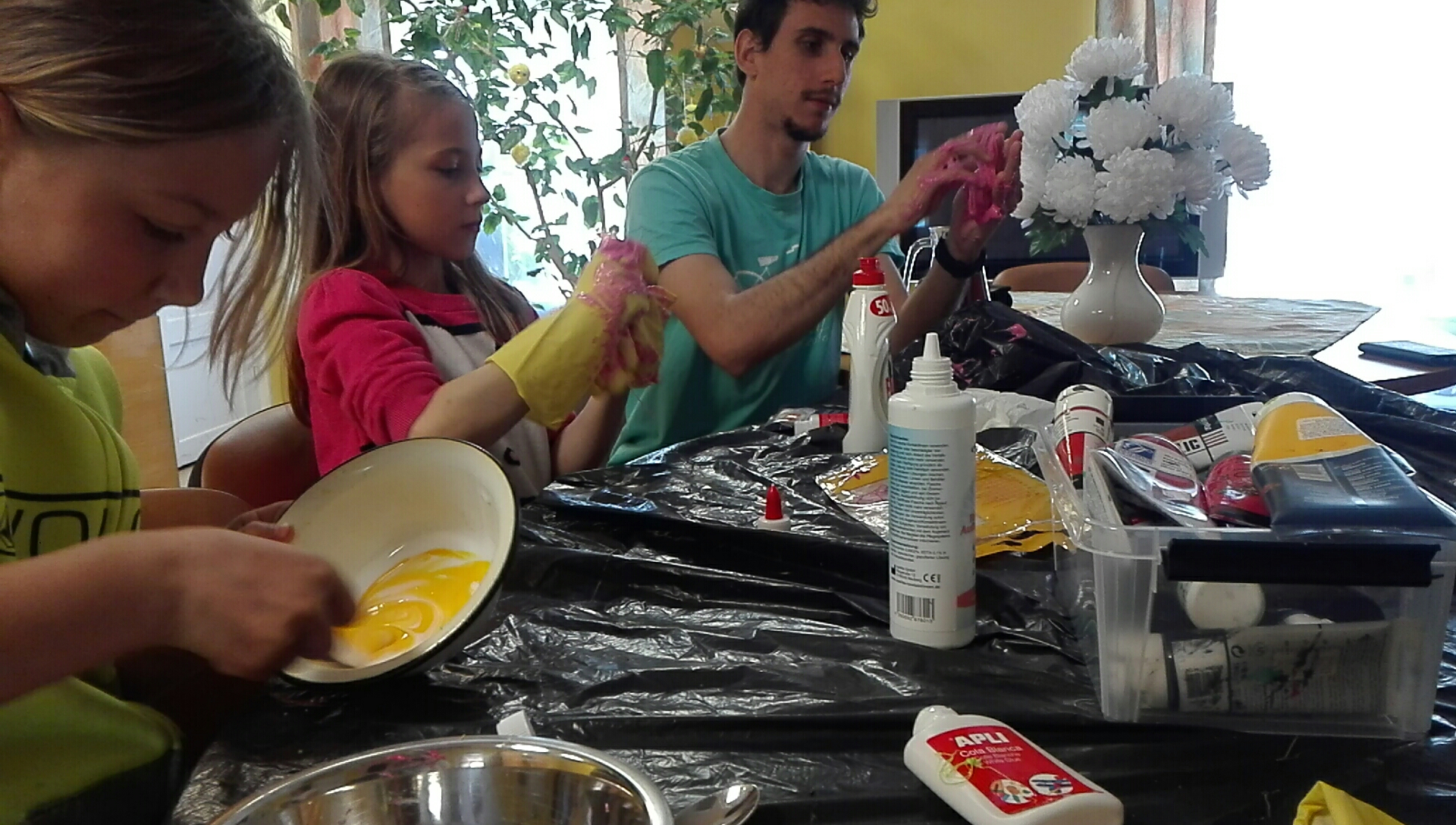 One event that took place in the beginning of April was the ‘Väle Jänes’, an orientation game from the Estonian Defence league where the participants had to find different checkpoints and do some tasks all around the Hargla-area. Together with some other volunteers I also took part there (I had the very important job of beeping the beeper). You can read about our experiences and how well we did on the Tankla website (Spoiler: of course we were the winners! :D and to celebrate our victory we spent the night going out in Tartu).

The next week went by super-fast because I was looking forward to seeing two of my friends who came to visit me for a week. So, after that week, which I spent working in the youth centre, the ‘Sanatoorium’ and the kindergarten, on Saturday morning I got on the bus to Riga, where their plane would land soon. We stayed there for the weekend and I since it was my 3rd or 4th time in Riga already, I almost felt like a professional tour guide when showing them the city. Luckily we had rented a car, so it was much easier to travel around Estonia, which is exactly what we did the next days: 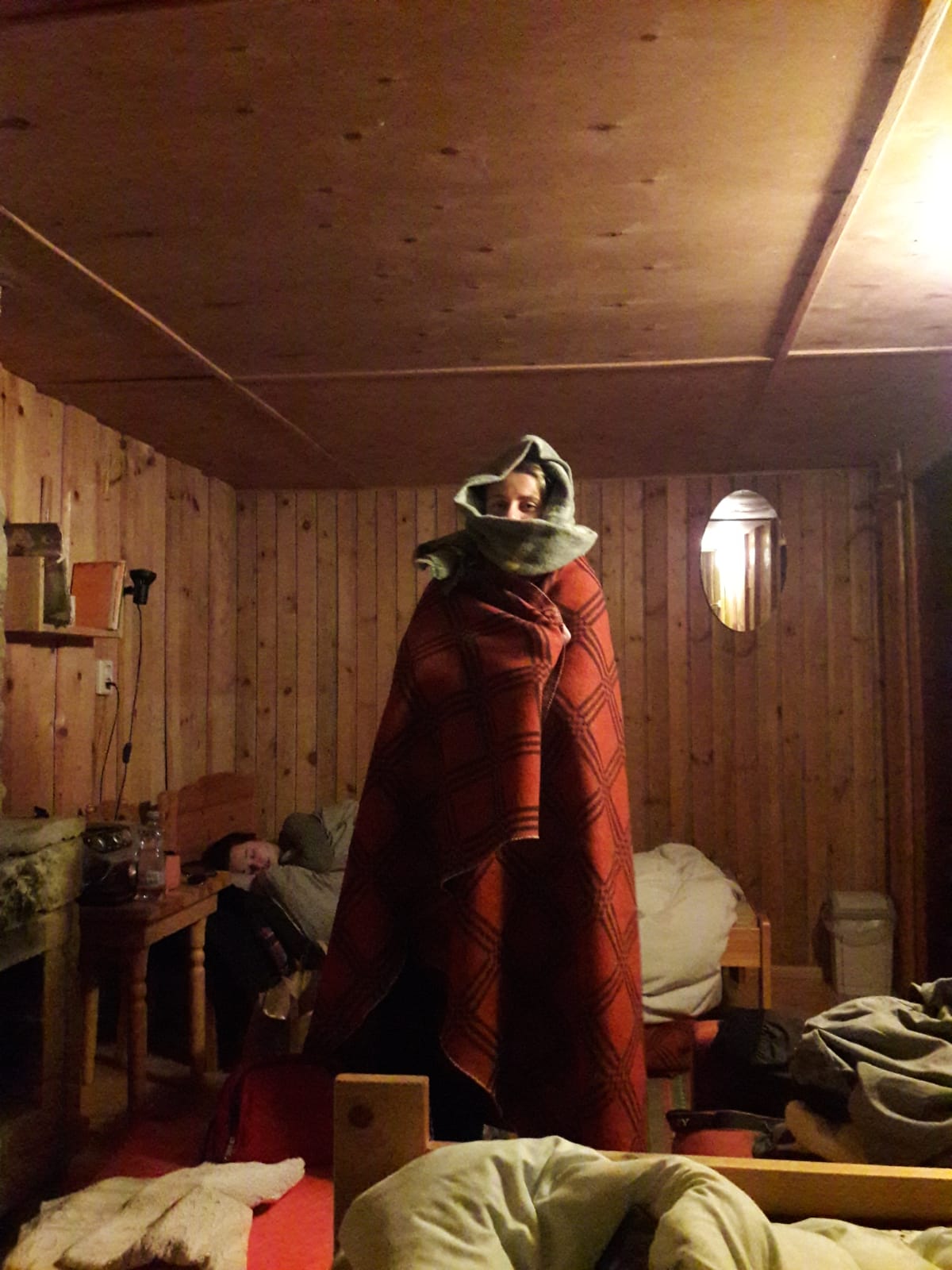 We visited the Karula National Park (where we wanted to do a nice little walk but ended up hiking off the trail somewhere through the wettest bog – well, our feet looked accordingly afterwards :D), did a bit of riding and then travelled to Pärnu, Saaremaa and Tallinn. It was the first time on Saaremaa for me and I totally fell in love with what expected me there! We did a very nice bog-hike (a real one this time!), Kuressaare is a super lovely town and especially the cliffs in the North of the island impressed me! And the weather was so amazing and warm the last few days – it almost felt like summer (but not at night, after sunset it got so cold that I had to put on some extra layers for brushing my teeth (because on Saaremaa we were staying in a farm where the bathroom was in a separate hut).

All in all, we could see a lot of great places and enjoy some quality time together (even though one of my friends unfortunately got a bit sick…), mostly singing along to 80’s hits on our long car rides through the Estonian landscape. The time with them just went by waaay too fast! 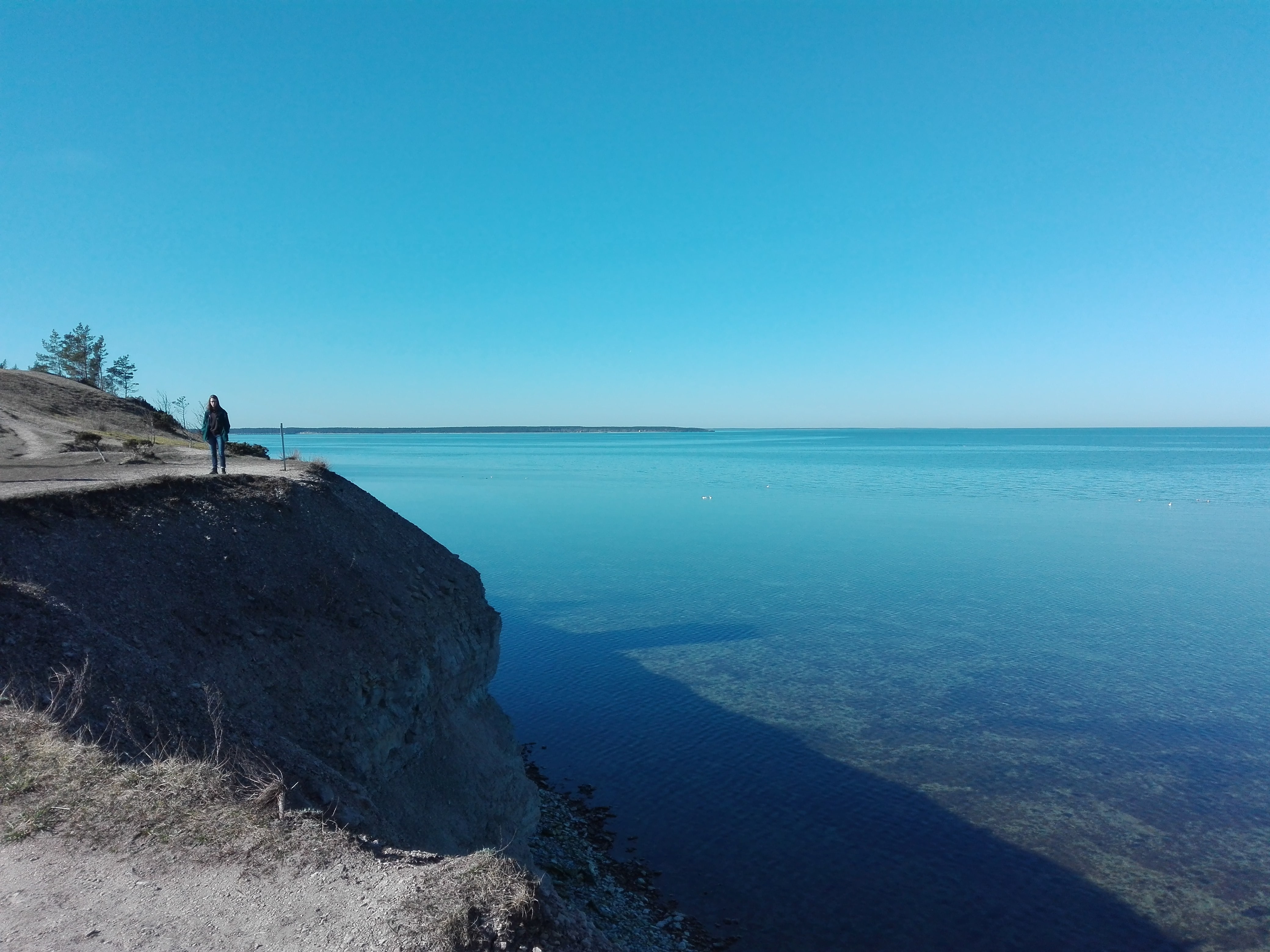 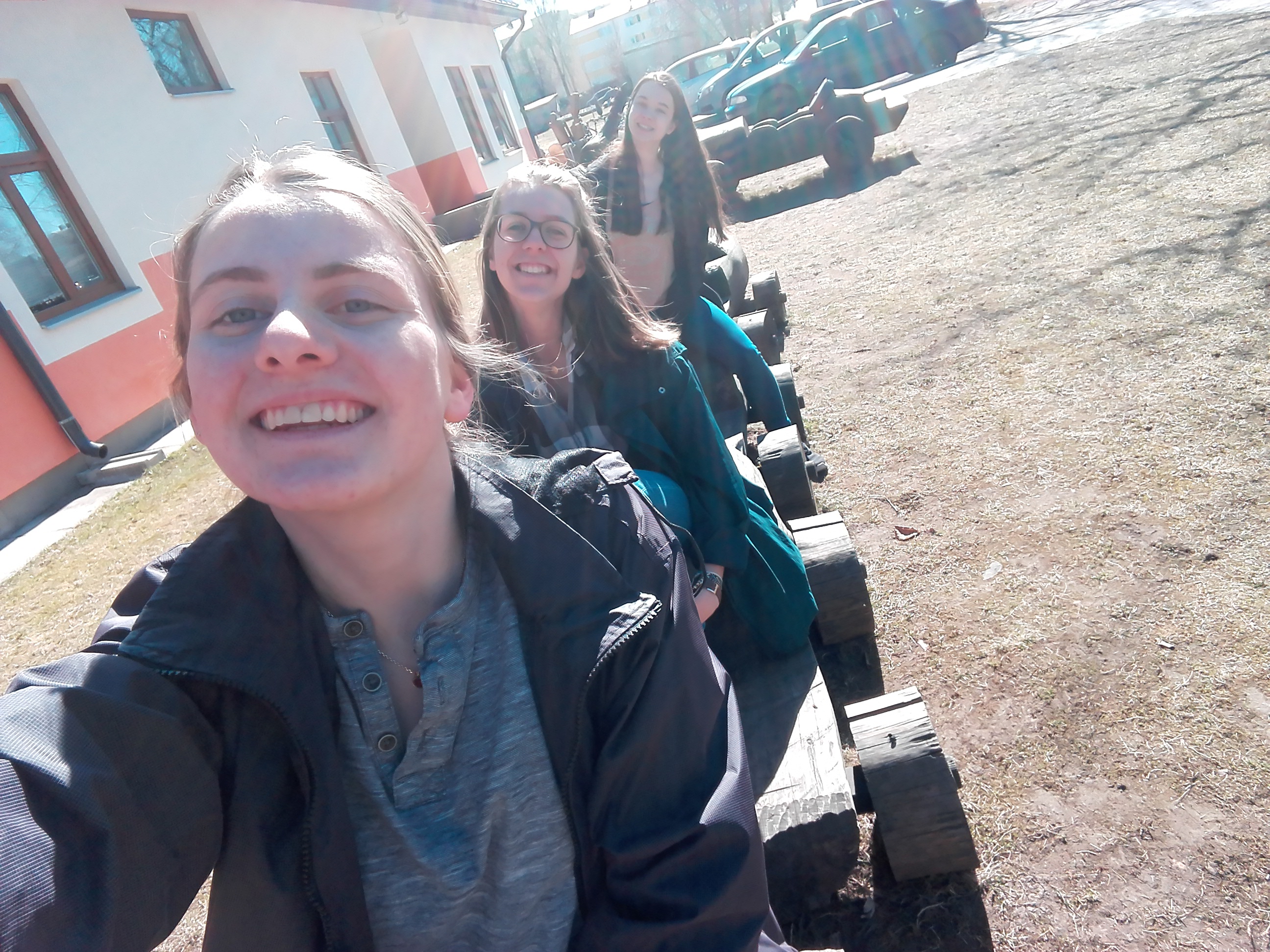 But I couldn’t miss them for very long, because after they left, two volunteer friends, Lea from Tartu and Anne from Haapsalu, visited me in Hargla for the Easter weekend, where we had super nice weather again (and super nice food, due to our creativity and our willingness to do some experiments in the kitchen :D).

AND THEN… it was almost time for the ‘Jüriööjooks’ – a 8km running event I had mostly been organising – already! The day before that Gabriel came to Hargla again, to work in our youth centre for the week. And since it was World-Earth-Day, a road-cleaning activity took place, so Madli and me helped the youngsters to clean the Taheva-area from garbage next to the roads. Then I had to finish all the preparations for the run, which took place on 23rd of April in the evening. Although there weren’t as many runners as I had hoped (but more walkers than expected!) it was a nice and rather successful event, I think. But I’m really happy that I had Rasmus and some others to help me, because I surely wouldn’t have managed to do it all on my own. 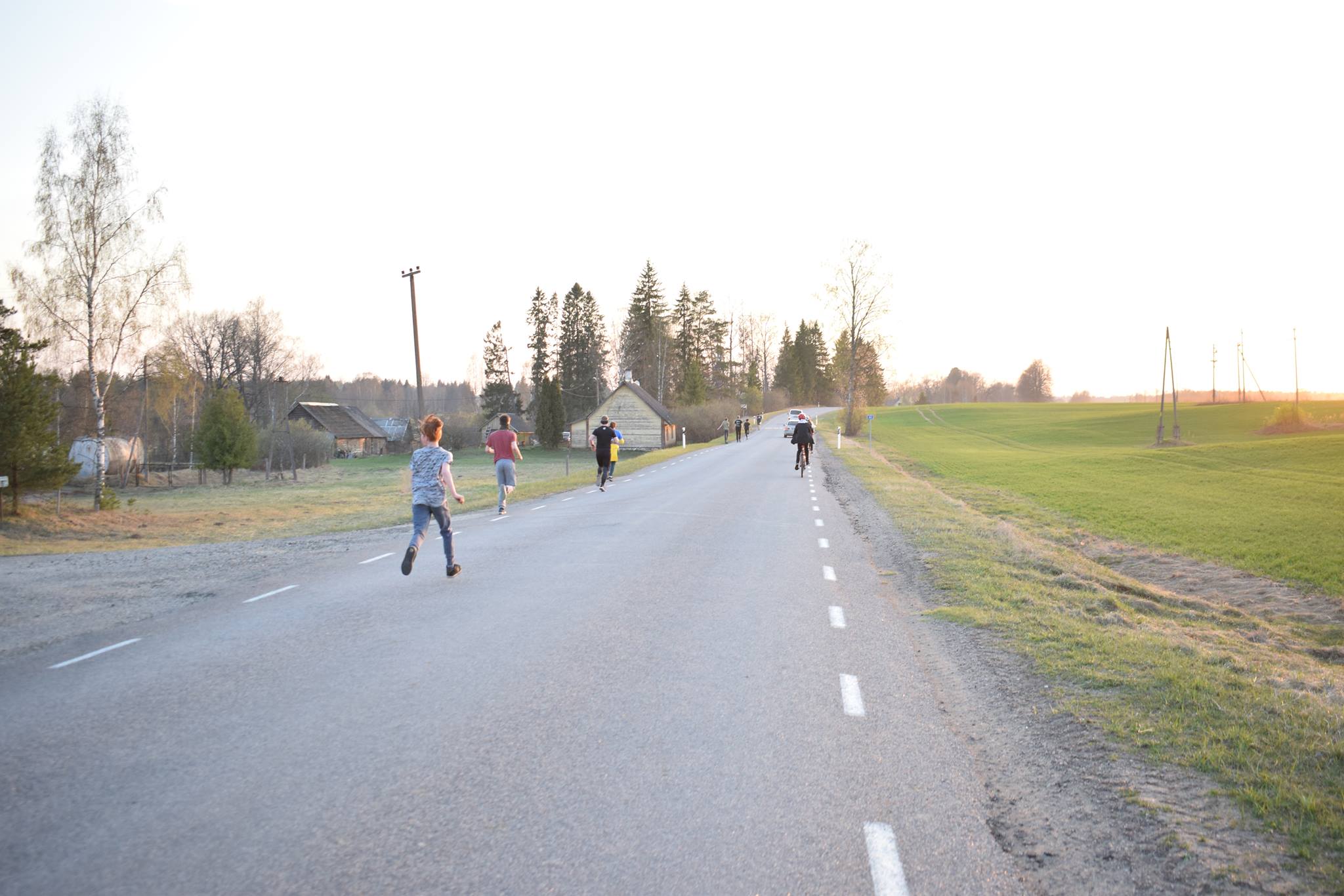 (I didn't have the chance to take any pictures on my own, so I stole one of Gabriel's - I hope he doesn't mind :D)

The last days of April still held some new experiences for me, including trying fishing for the first time. And I have to say it definitely went better than the ice-fishing in February – at least I didn’t freeze to death and I even caught 2 fish! But I can’t say that I suddenly turned into a huge fishing freak, either, because the first big minus point was that we had to wake up at like 4 in the morning already (awful!). And although it is kinda nice to see the sun slowly rise and hear all the birds wake up while you are sitting on the riverbank, the early-morning haze dancing ever-so-slowly over the water’s surface, I have to admit that it does get quite boring after a while. Especially if there is no fish. 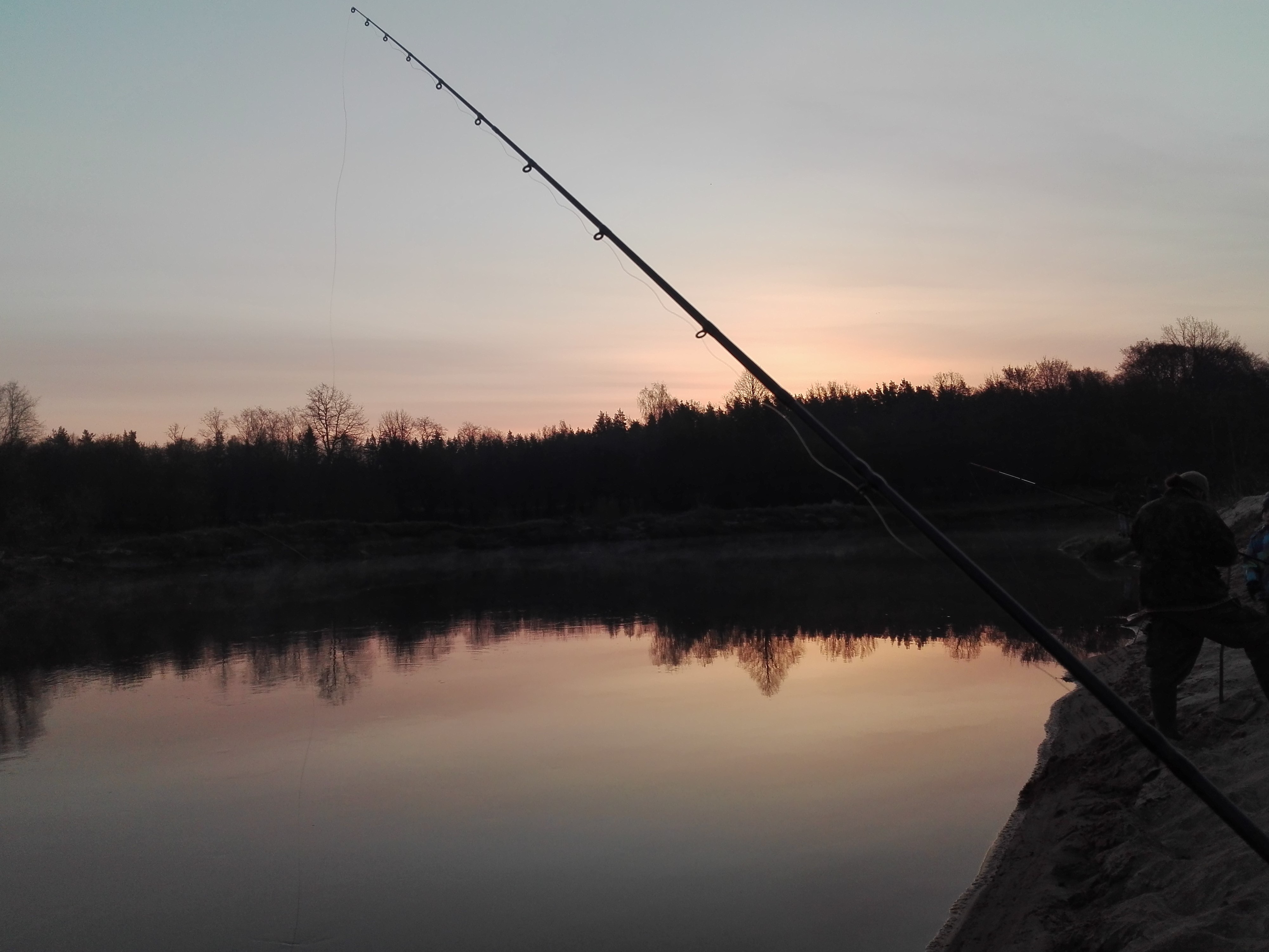 Anyway, another big thing throughout all of April (and also May) was the renovation of my new flat. Because, yes, I am moving. To a flat in the same street, in the same house. But it is a new flat! A lot of work had (and has) to be done still, like filling the holes in the wall, sanding, cleaning out the old stuff, painting the walls, et cetera. I’m really excited to see how the end result will look like and can’t wait to move in! So, hopefully the next blog post I’ll already be writing from my new flat, sitting on my new couch, drinking red wine from my new fancy wine glasses! :D (just kidding, I most likely won’t have any fancy wine glasses and I don’t even like red wine)

Until then: Stay cool, be no fool!