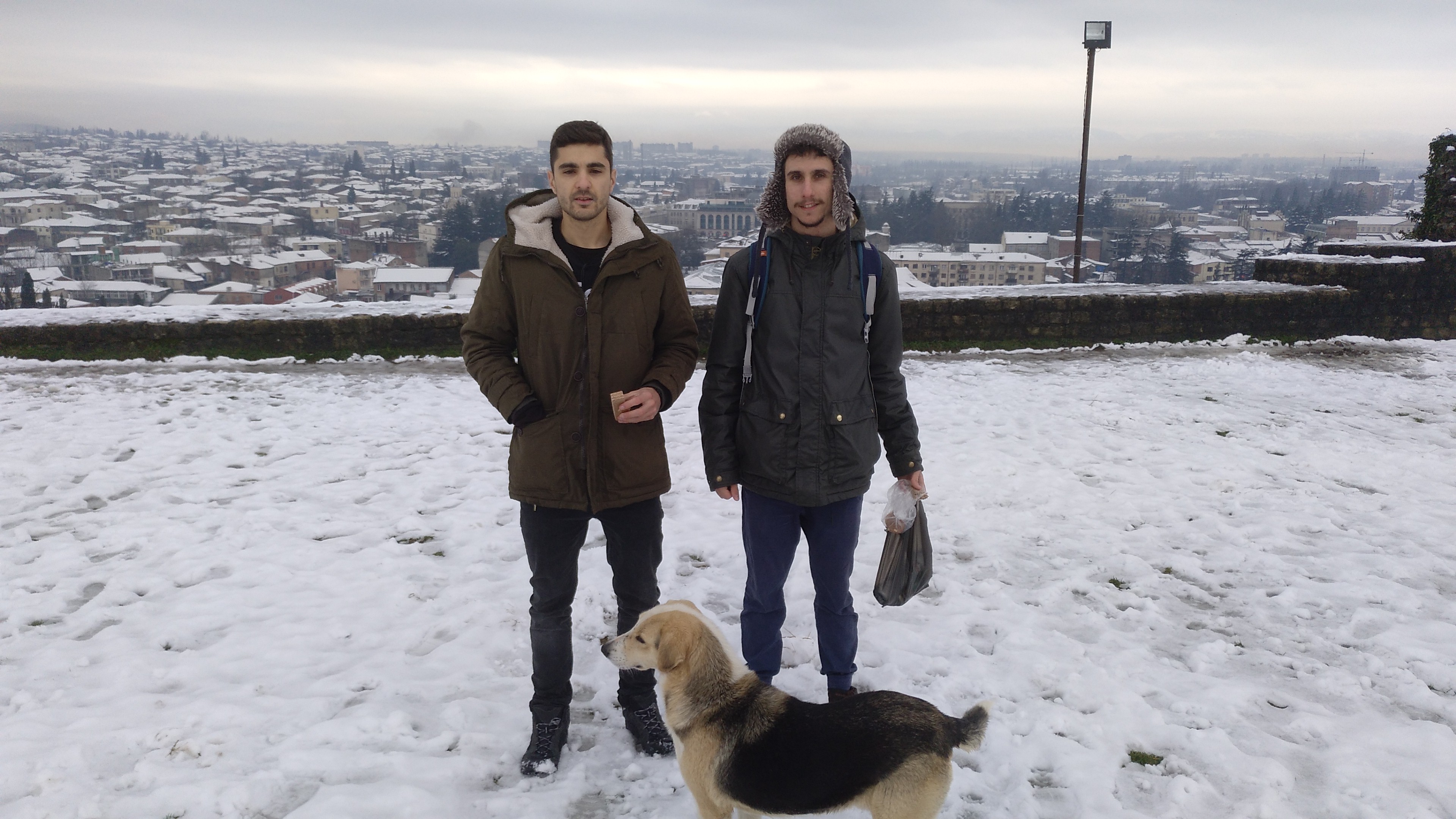 A couple of weeks ago i was going to buy food in one of the Torva supermarkets and i saw a toad on the street, between the few reminiscences of snow. I stared at him, while he stared at me and said «Don´t worry, the winter is over». He didn´t use words, but with his presence he was telling me that. «So i´ve survived to the winter, and i still conserve all my fingers!» I said to myself (Obviously not to the toad, because i don´t speak toadian). I have to say the winter wasn´t that bad as i read on the internet «The lack of sun will make you feel depressed» «It will be so cold that you´ll regret of your own existence» they said. The reality was much more liveable. But i have to say that i´m happy about the coming of the spring. Actually, even people looks more like humans now. During the winter they just put the auto mode to keep living, but now it´s like they have a soul again.

This is the only picture of the month where i appear

This month that is ending, known as marts (march), has been incredibly fast for me. Wich is normal because i had some free days and went to Georgia and Armenia. The most amazing trip of my life, but i´ll talk about that later. First, let´s talk a bit about my work. 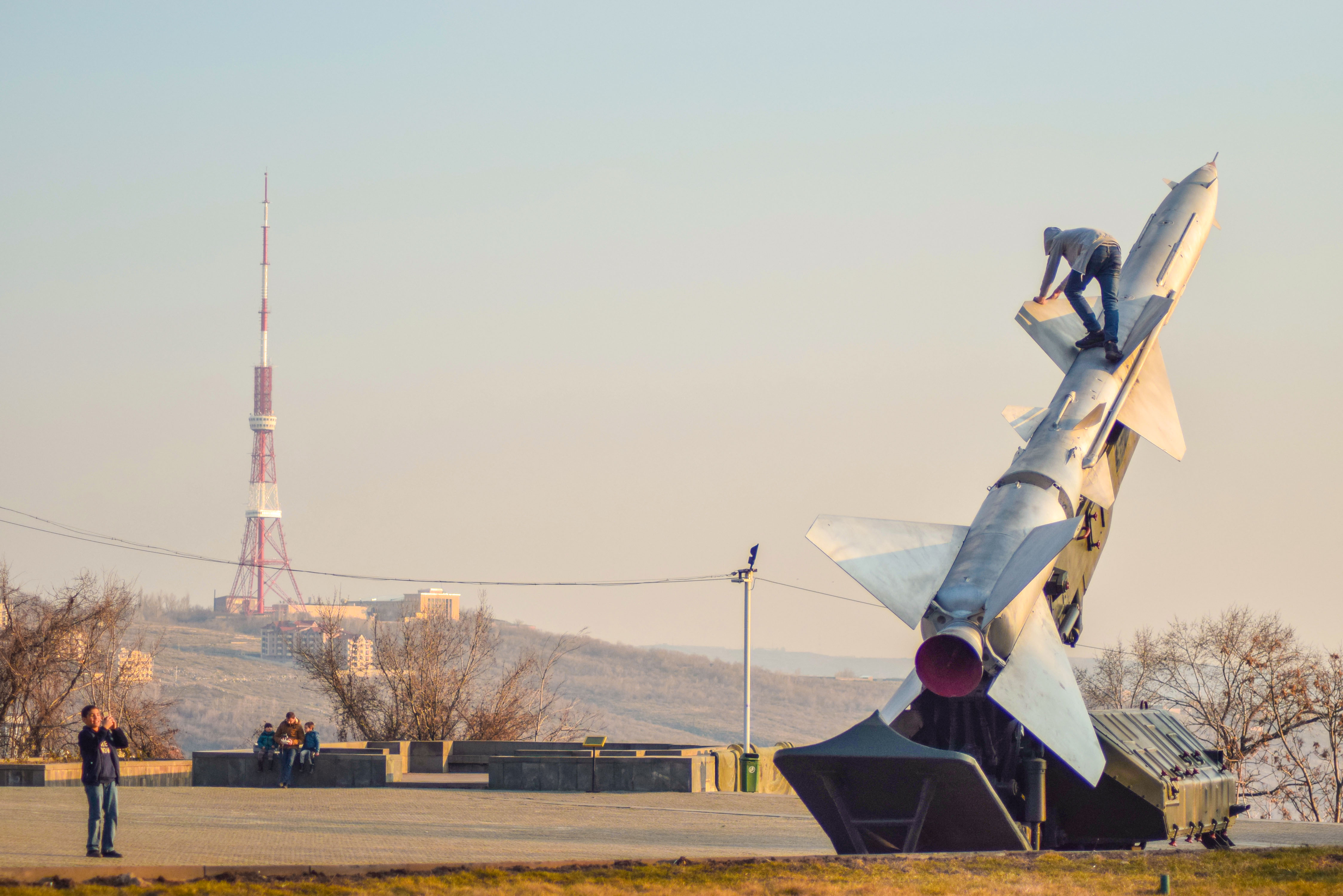 Kids playing with a missile in Armenia

In Ritsu, i´m doing the crafting club, as i started the past month. I think the kids like it, so it´s cool. Also, they are now doing a lot some of the two things i liked the most when i was a kid: To jump and to built a hut. With those big mattress they like to create like a house. It´s interesting how, when you are a child and you build a hut, the simple fact of being sitting inside is actually fun. I´ll have to study antropology to start understanding this phenomenon. And about the jumping part, they´ve found an elastic bed and they usually expend the whole evening just jumping and doing some flips. In Torva ANK i was installing the soundproof stuff, to make the music room less noissy. Something good of this month is also that now we can do outdoor activities again. In Torva ANK i found a Slack Line, and i put it so the kids (and me) can practice balance. 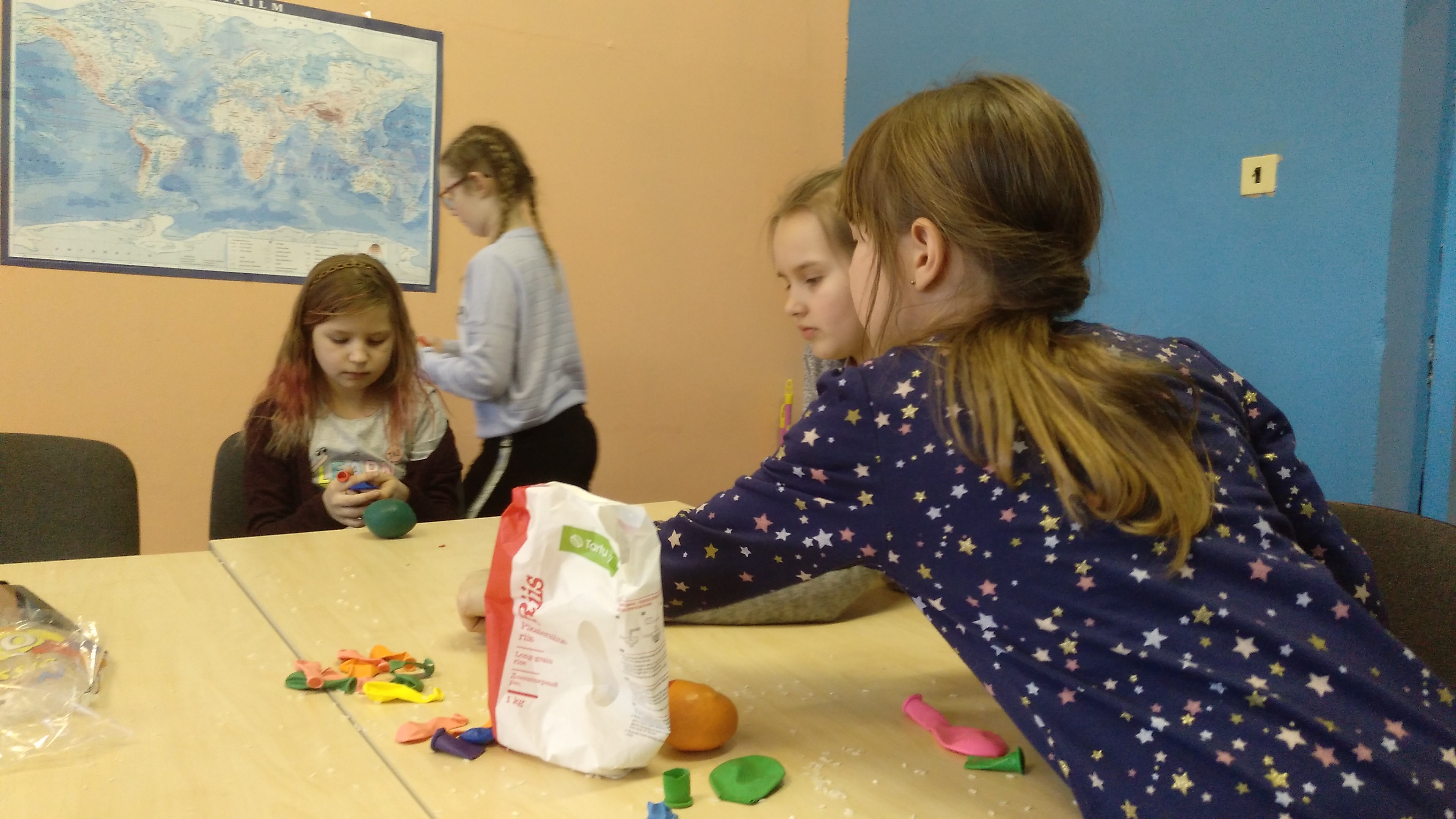 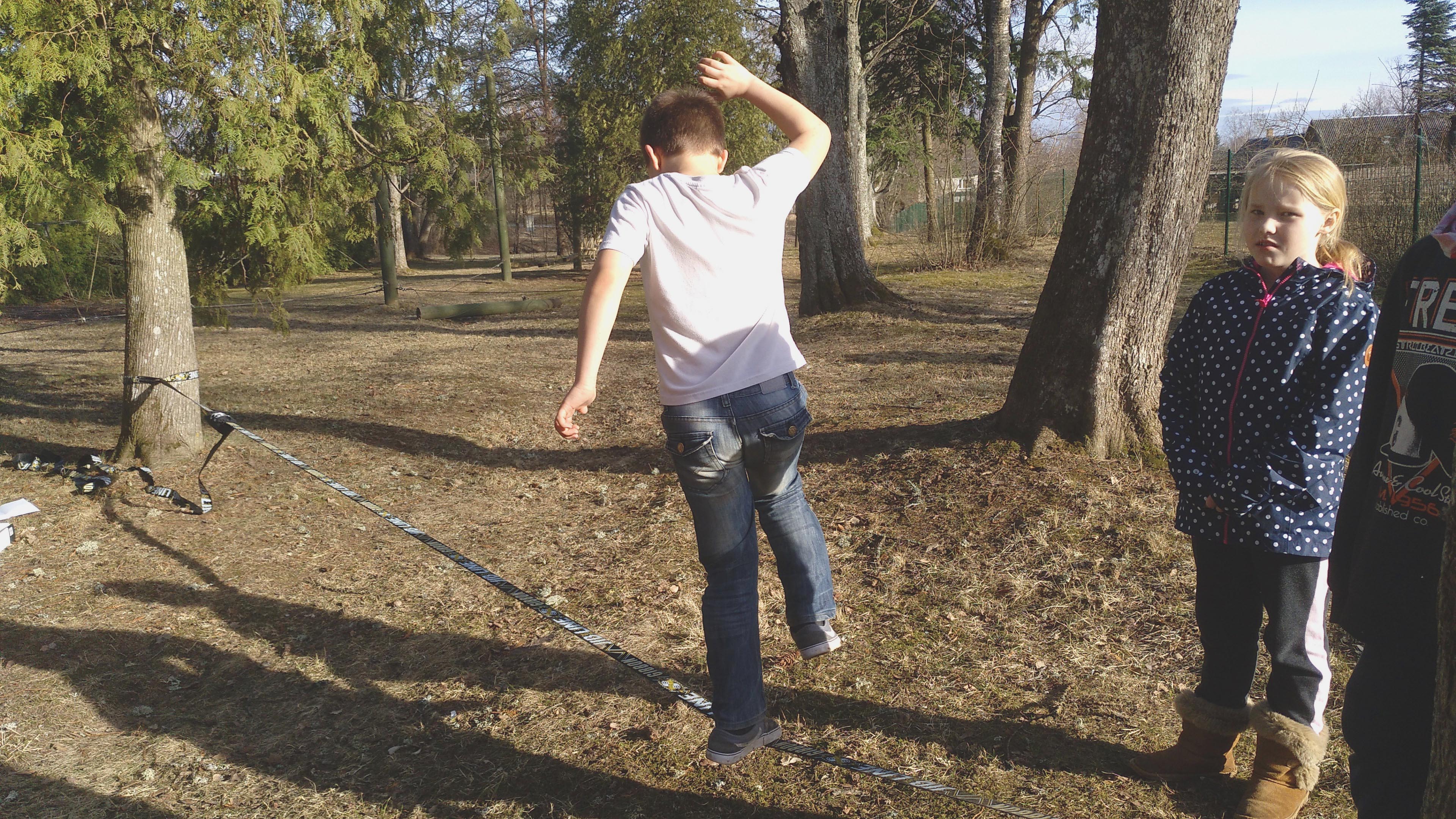 Also i started recording the second part of the documentary wich is being my miniproject (actually, more a megaproject). This part is the one with Pavel, my flatmate. I went two days with him not only to work, but also during his free time, and i recorded almost everything. It was two very busy days, and also very interesting to see how the things are going in Torva Kodu, and how different is to work there and how important is the labour they do there. I´m really looking forward to show you the movie. But it will happens this summer. 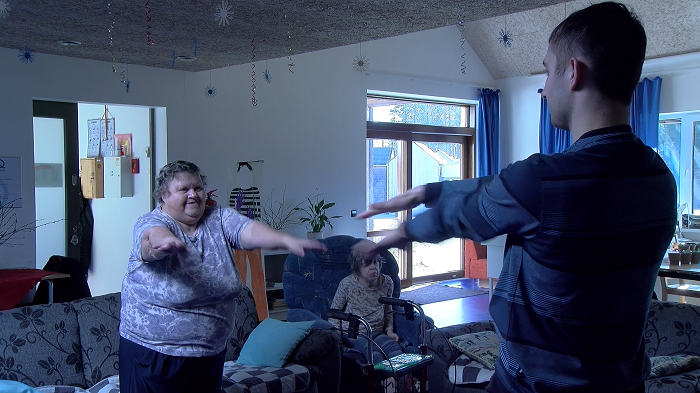 In my estonian adventures, the most outstanding of the month was the past weekend, i went to Tallinn to help my friend Arthur to move all his stuff to his new apartment. Also i had the chance to know nice and interesting people, and to explore Rummu Prision, which is one of the places of Estonia i wanted to explore even before to know i was coming to the country. 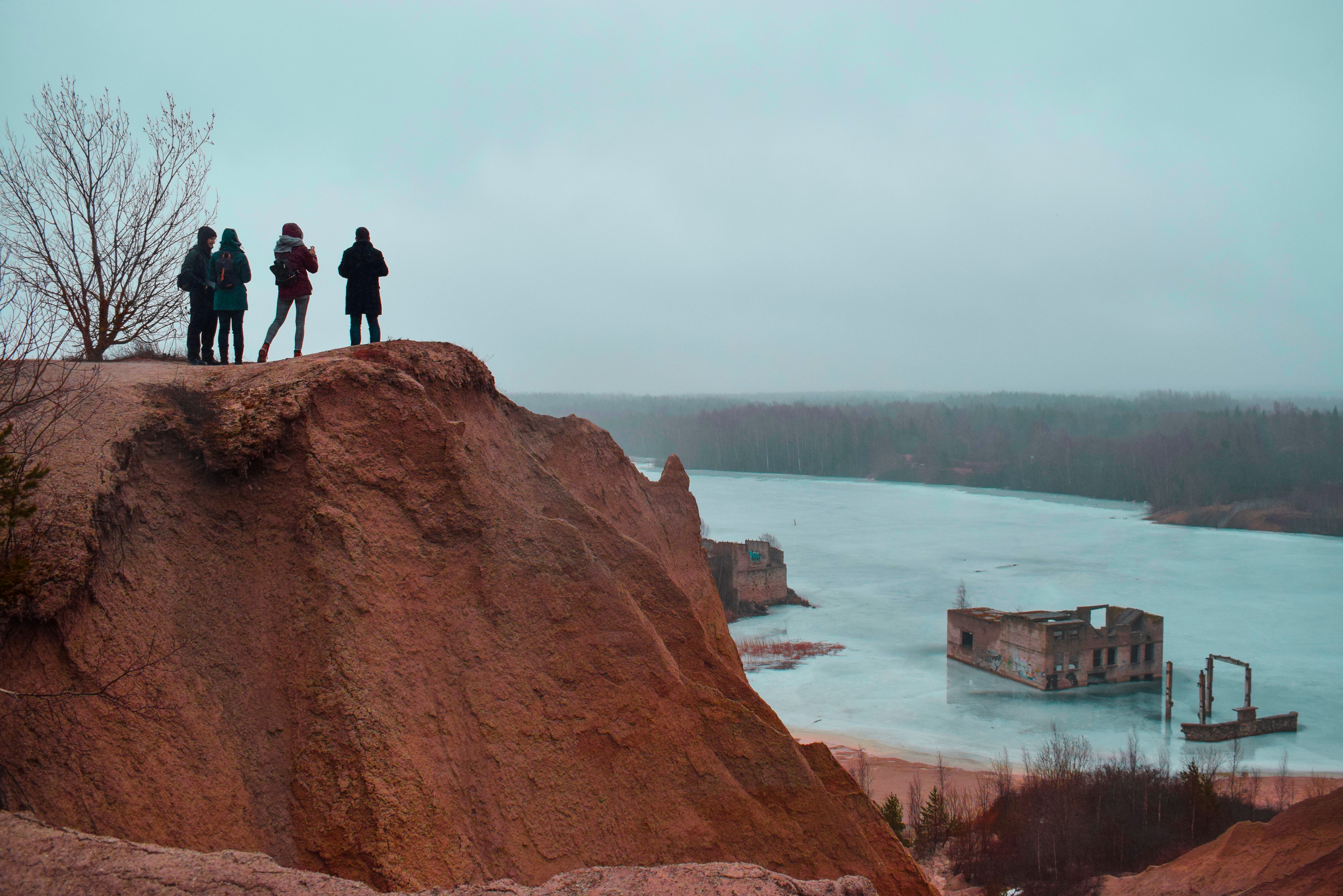 There i meet another youngsters from Italy, Romania and Germany

And now it´s time for the best part of the month: The Georgio-armenian trip!

Everything started with my friend Domingo -yes, he´s called Sunday- from Spain and me talking about he coming to Estonia. But it turned to “If anyways you have to take a plane, why don´t we both take a plane and meet in some other country?” It was cheap to fly to Georgia from Riga, and also from Spain, so a few days later we bought the tickets. It was a good way to meet with a friend because, if he was coming to Estonia, for me i would be visiting places i´ve already been, so that way, the places were going to be new for both. We rented a car and the plan was to make a circular route between Georgia and Armenia, in seven days. 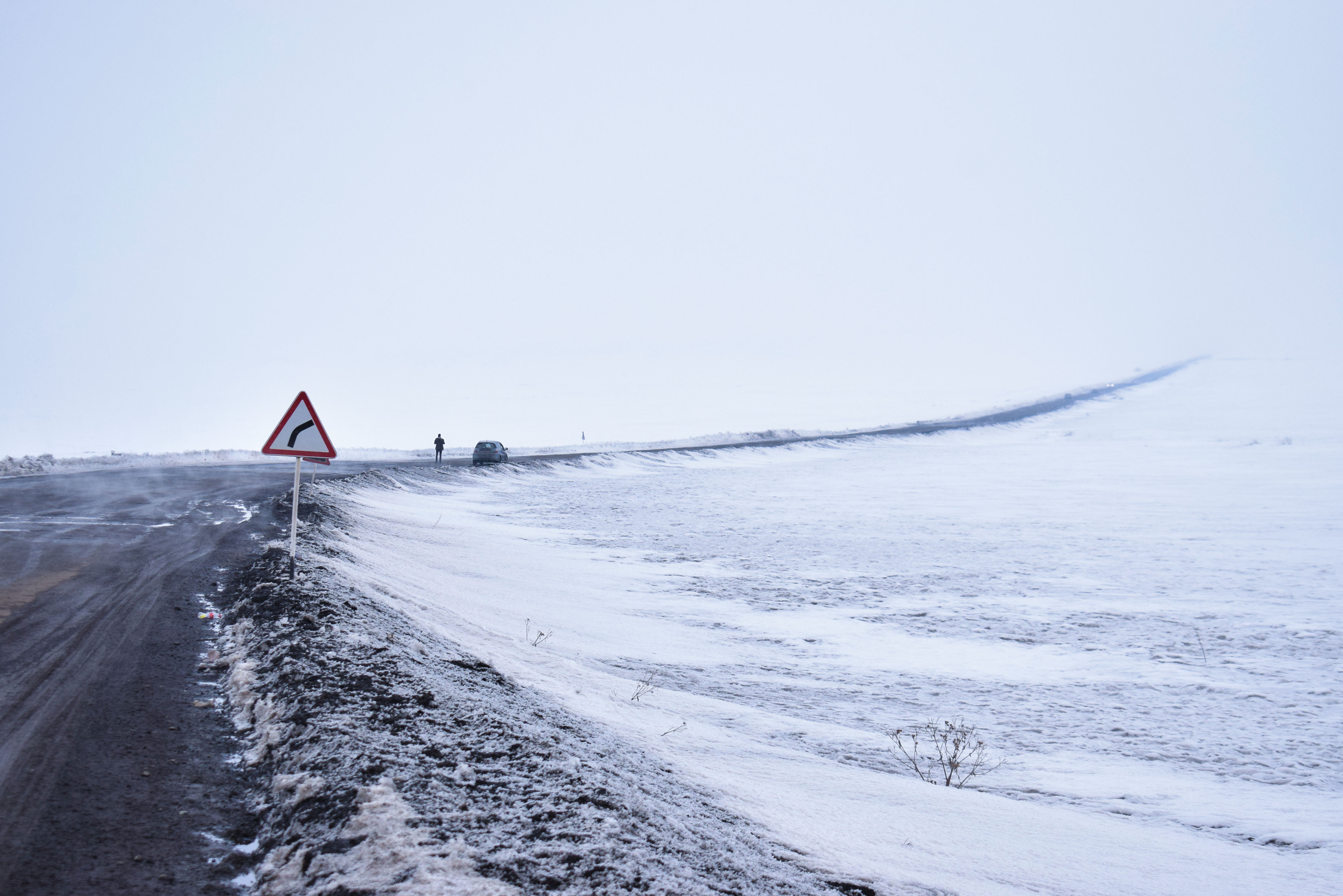 Yes, when i landed there i got the first surprise: A lot of snow. Even more than in Estonia. It was such a surprise more even when, in my head, i was going to some kind of semi-arid area. And i was right. Now i know that there can be snow in a semi-arid land. Actually, even if they are both very small countries (Armenia is even smaller that Estonia, and Georgia some bigger) there´s a lot of different landscapes. And i could see and feel something i was really missing in Estonia: The mountains. In this trip there was a lot of mountains. Maybe too many, and it was not easy -but funny- to drive through them. 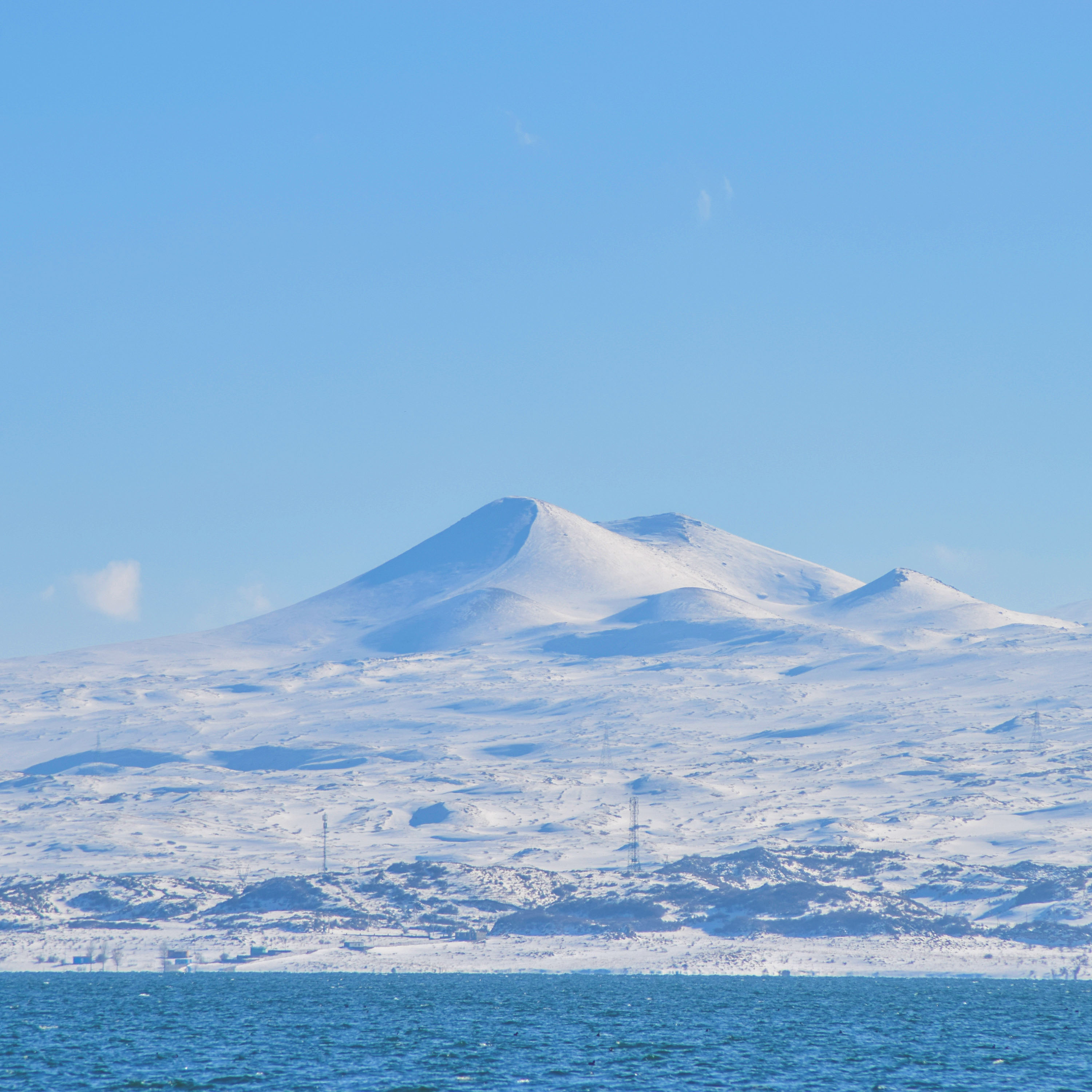 Those mountains are actually volcanoes

But everything wasn´t just driving and mountains, there was also different cities 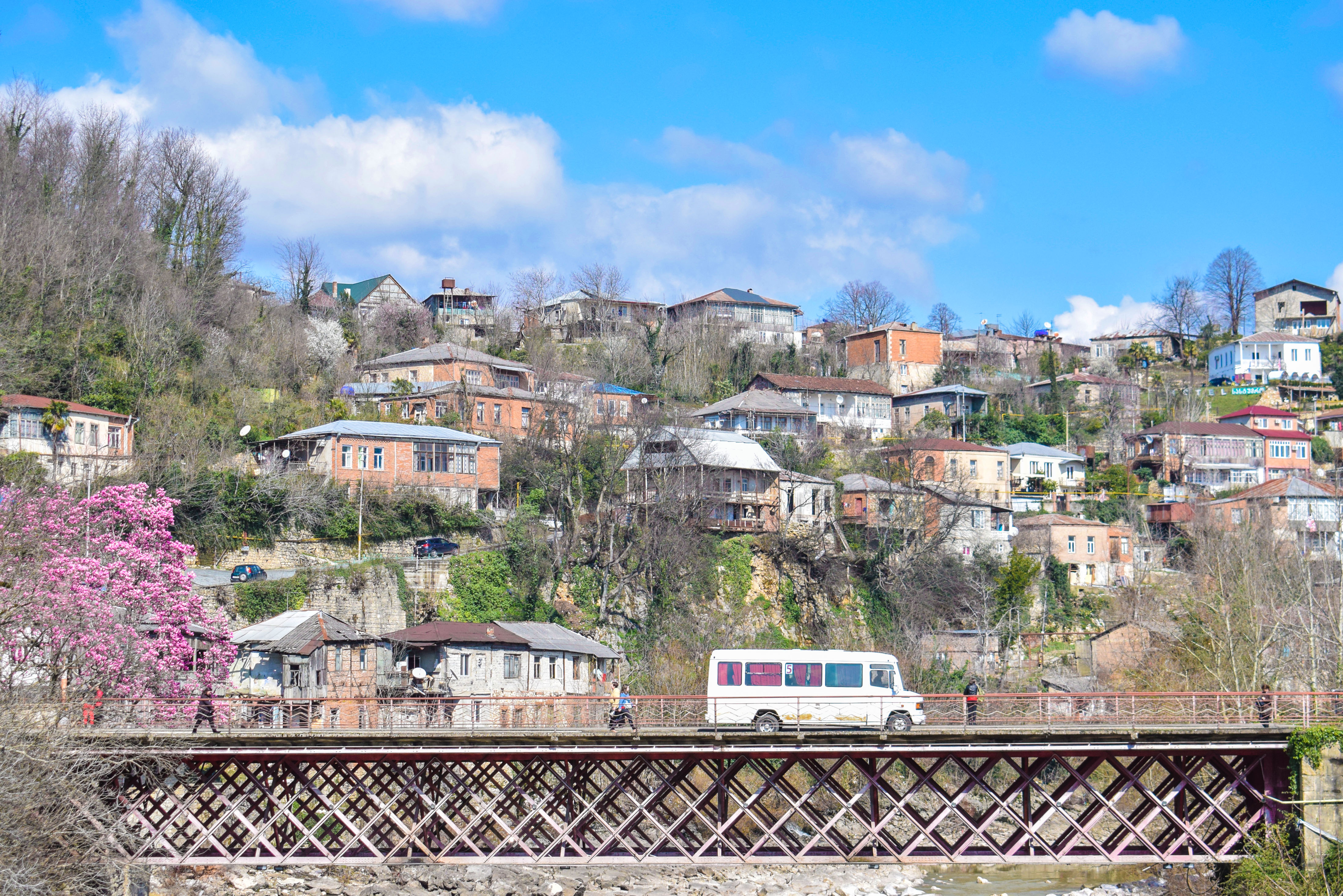 Kutaisi, Georgia (Up) Yerevan, Armenia (Down) 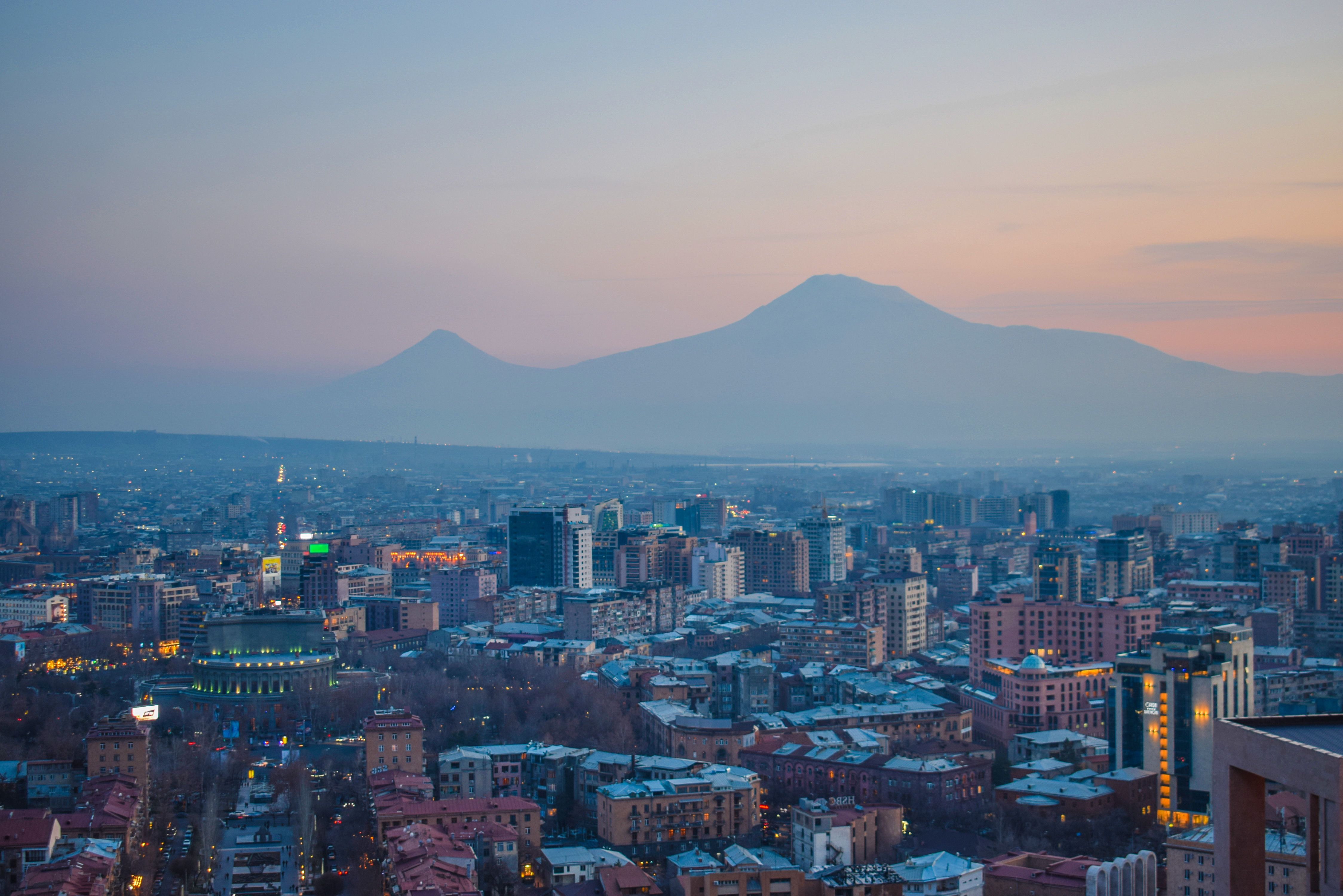 So yes, it was a very interesting trip. Full of exciting moments, different and cheap food, chaotic roads and drivers, exotic monuments... 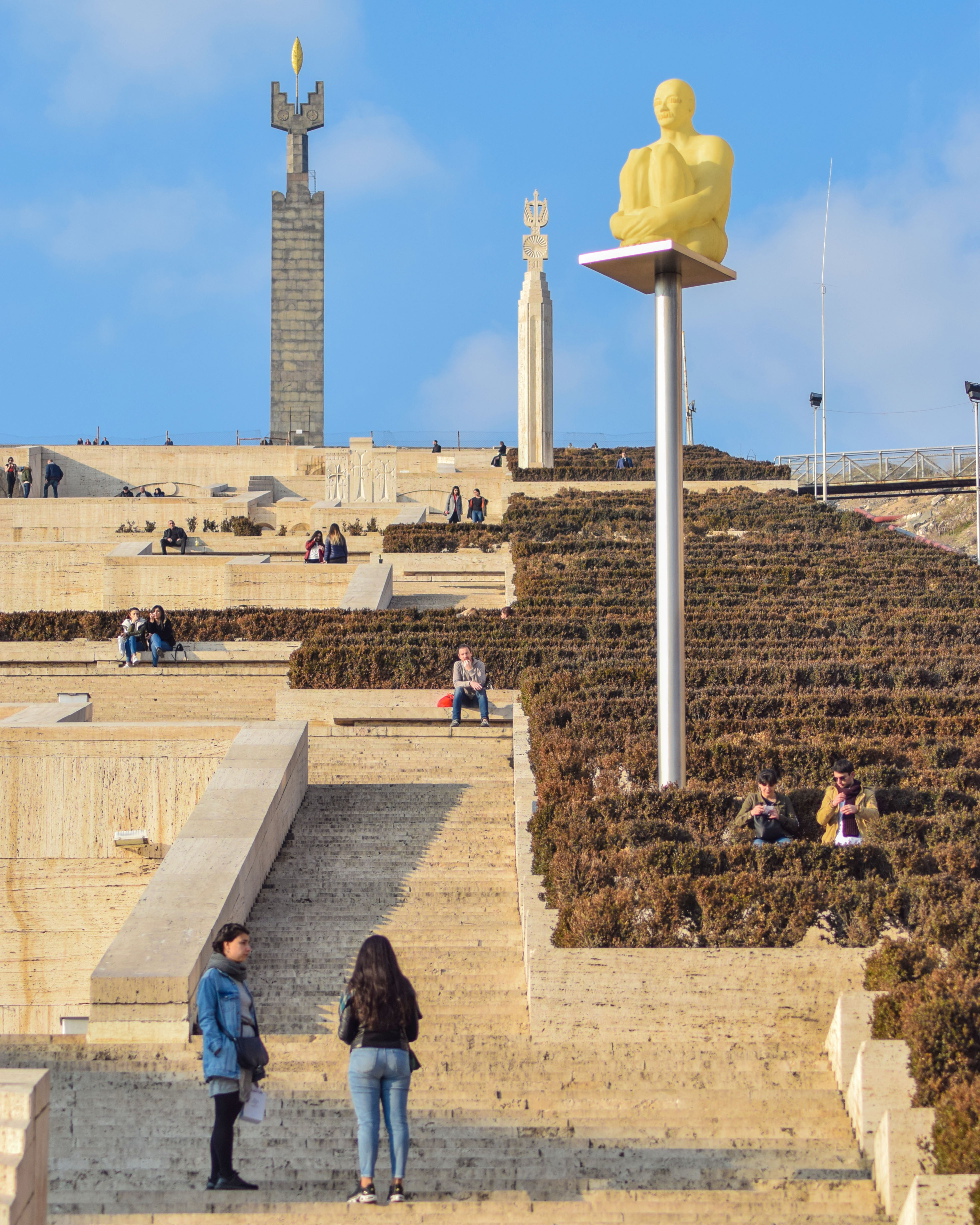 And really, tons of snow 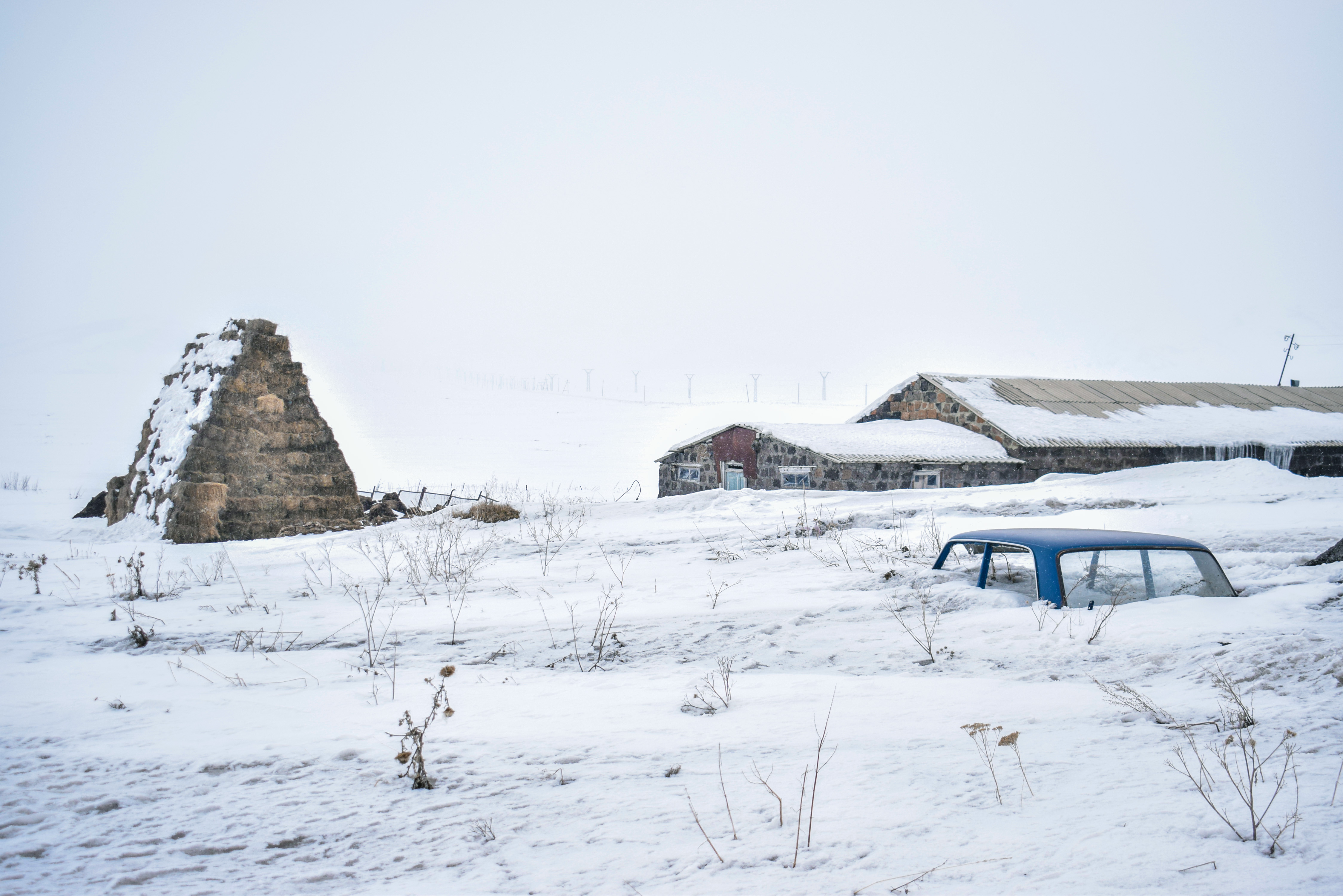 The last two days of the month i took part of an event in commemoration of a very successful year in Tankla, where we expend the weekend in a house with a lot of people, food and music. I had a cold those days, but it was fun.

So that has been my seventh month in Estonia (And beyond). April looks interesting from here!