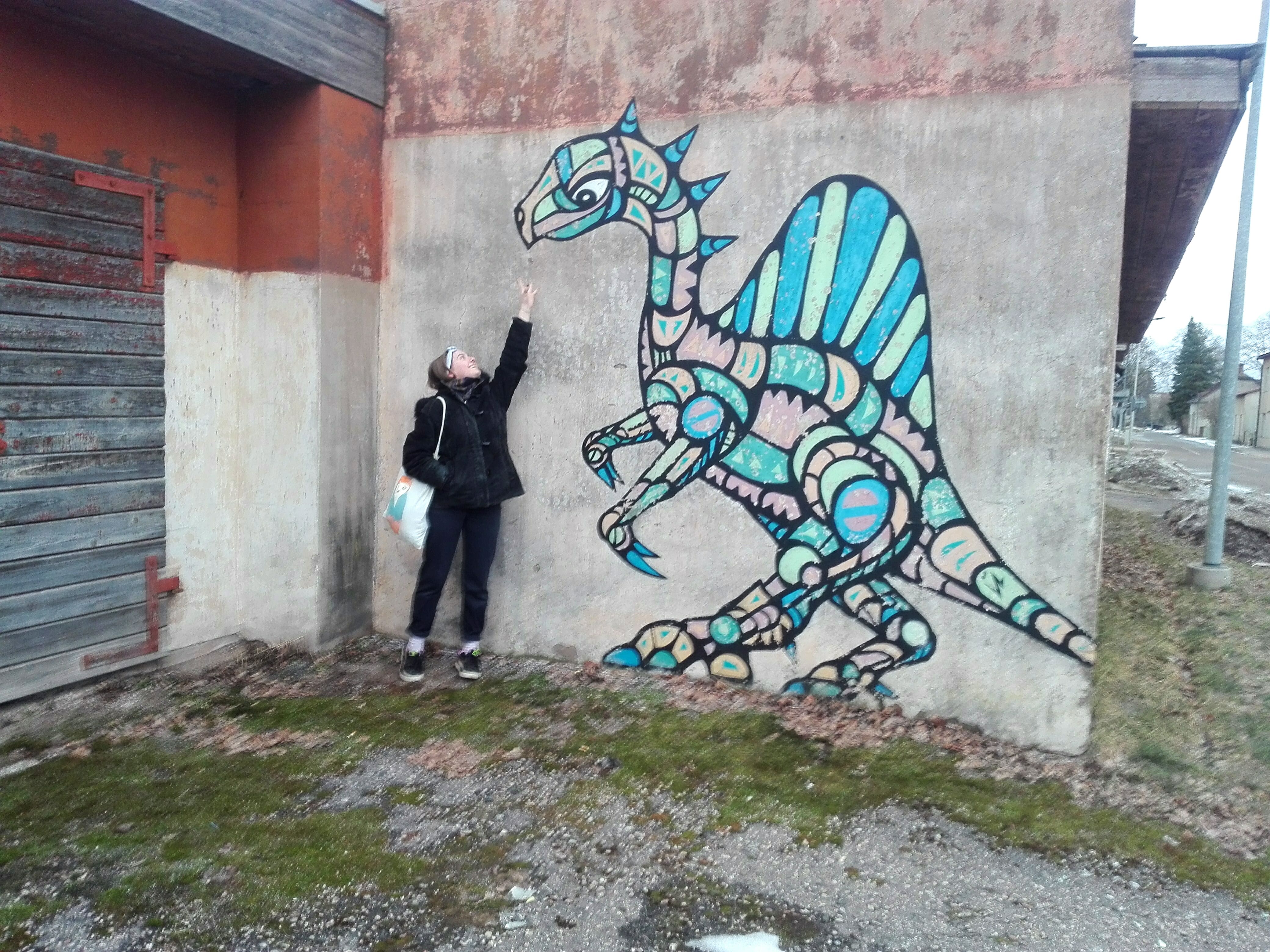 March was a month of change. Not only because spring arrived in Hargla and turned (almost) all the white into green (yay, finally! 😊), but also in the youth centre, as it was the first month with our new youth centre leader Madli.

Next to all the new stuff that happened, such as me starting to learn the piano (let’s see how this will work out, I’m not very skilled yet :D) doing a ‘spring festival’ and baking ‘Vastlakuklid’ (the Estonian equivalent to Austrian Faschingskrapfen basically), of course we and I also kept doing our usual things, like for example the creative club, game nights, etc.

So, especially the first few days of the month were all about organising all the youth centre stuff and about settling in. What also helped with the „reinventing“ of the youth centre and my EVS in general, is that I spent 4 days in the beginning of March on my mid-term meeting. There I had time to reflect my voluntary service so far, to think about what I want to do with the rest of it and to talk to other volunteers, which gave me some new ideas and perspectives. And since the meeting was in the middle of the forest with not much else to do, I also got the chance to practise my felting skills and my cross-country skiing skills (although the most challenging part was not the skiing itself but the fact that the ground was more ice and mud than snow and that we had to go half the way through a forest hill and the other half in complete darkness); and I tried the most Estonian thing one can imagine: Going to the smoke sauna and then jumping into an ice hole (but I’m still not a sauna fan, tho). 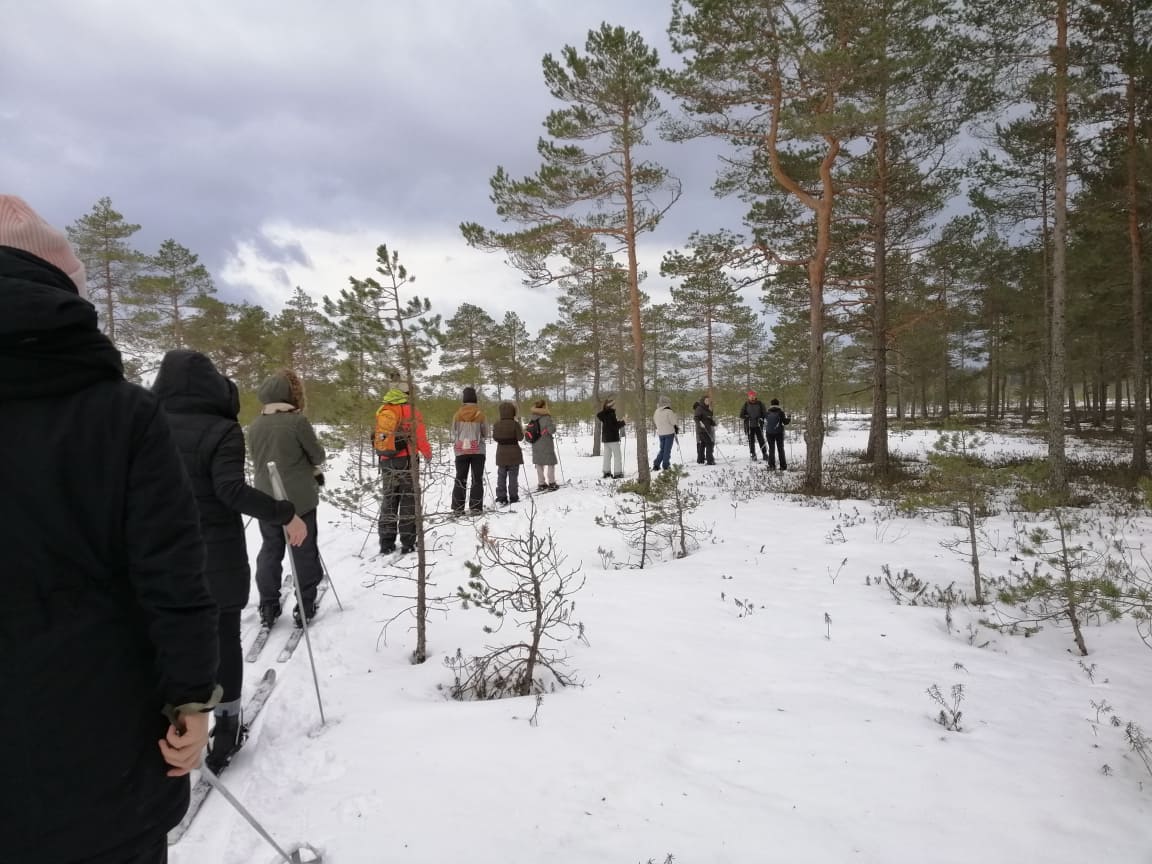 Back in Hargla, re-fuelled with new motivation and ideas, we took another trip to the parkour hall in Värska and I had a rather relaxed week, spending time with the youngsters and getting to know Madli and sharing our thoughts and ideas. On the weekend I visited two museums in Tartu, the printing museum where another volunteer is working and the Natural History museum. Both were super interesting and fun!

For the beginning of spring we organised a 3-day ‘Kevadfest’ (spring festival) in the youth centre. It included spring themed crafting, a picture hunt where the participants had to take different pictures about spring and some challenges, like for example the egg-drop-challenge. The youngsters did such a great job there, that one of the “protection boxes” is still on our desk up to now (including the egg :D) – I’m pretty sure that package would even survive a plane crash! 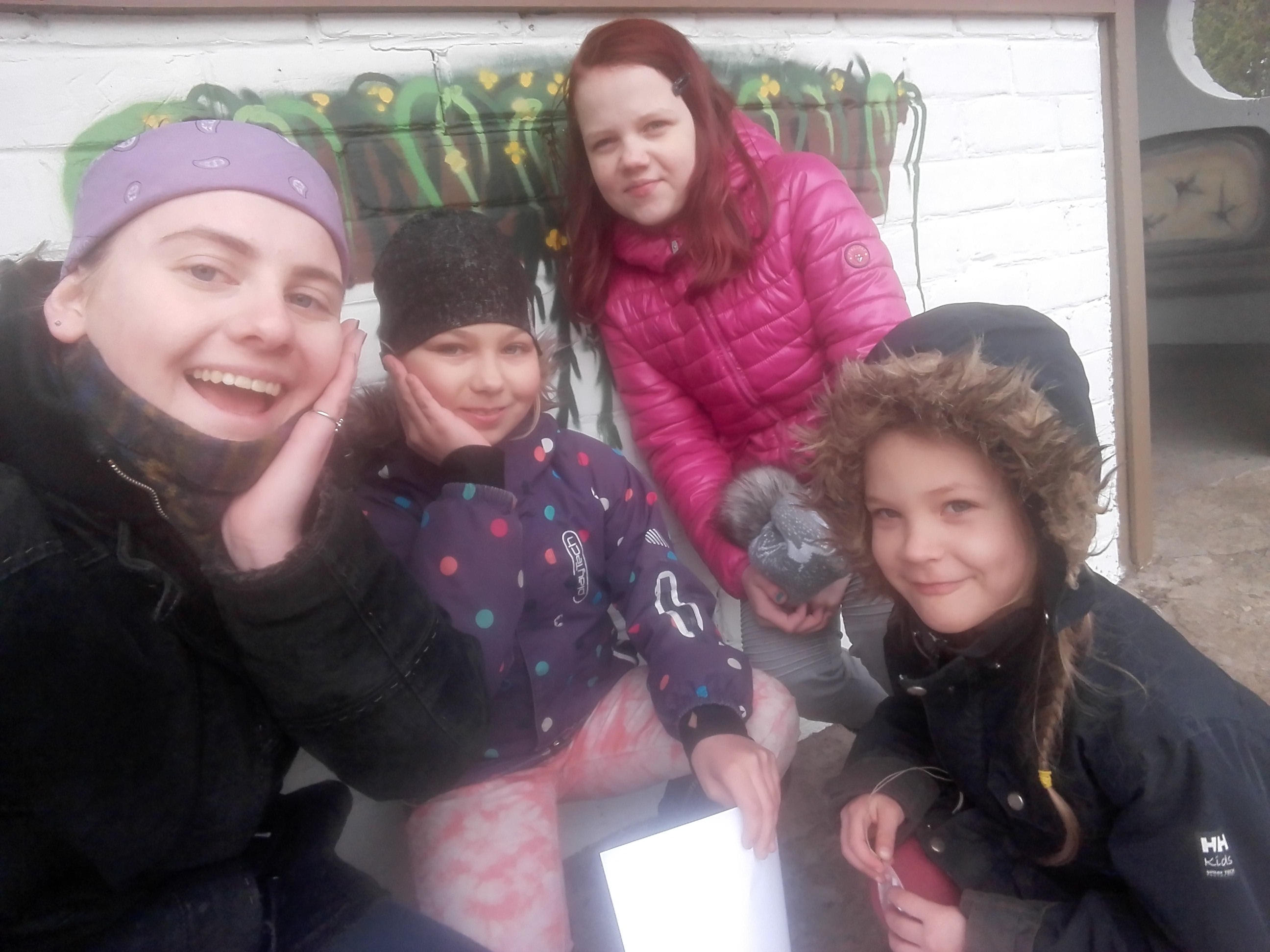 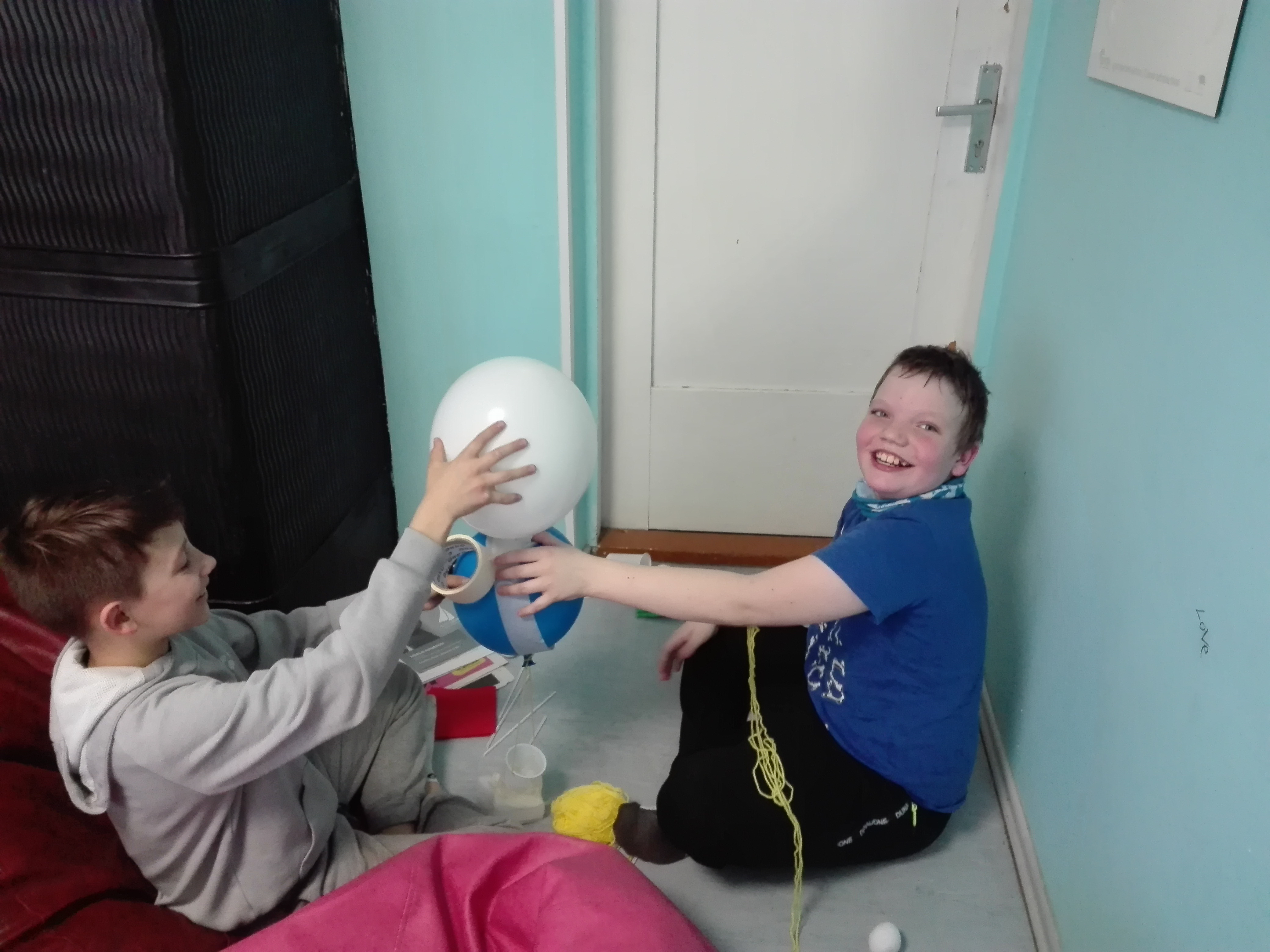 The next weekend with my friends I went to explore a new part of Estonia: Narva! (Well, at least the map says it’s still a part of Estonia, but it didn’t feel very Estonian :D) We met with a volunteer from there who let us stay at her flat and showed us around. Unfortunately on our first day it was very cold, rainy and windy, so everything looked quite grey and not very welcoming. Still, we took a little walk through the city and up to the castle. It was a quite strange feeling to be so close to Russia, but at the same time so far, as you can’t simply cross the border. In the evening we visited the ice skating hall (where we all almost got run over several times by some crazy guys playing tag – we can consider ourselves lucky that we’re still alive!) and then finished the day in a nice bar with dinner and drinks. 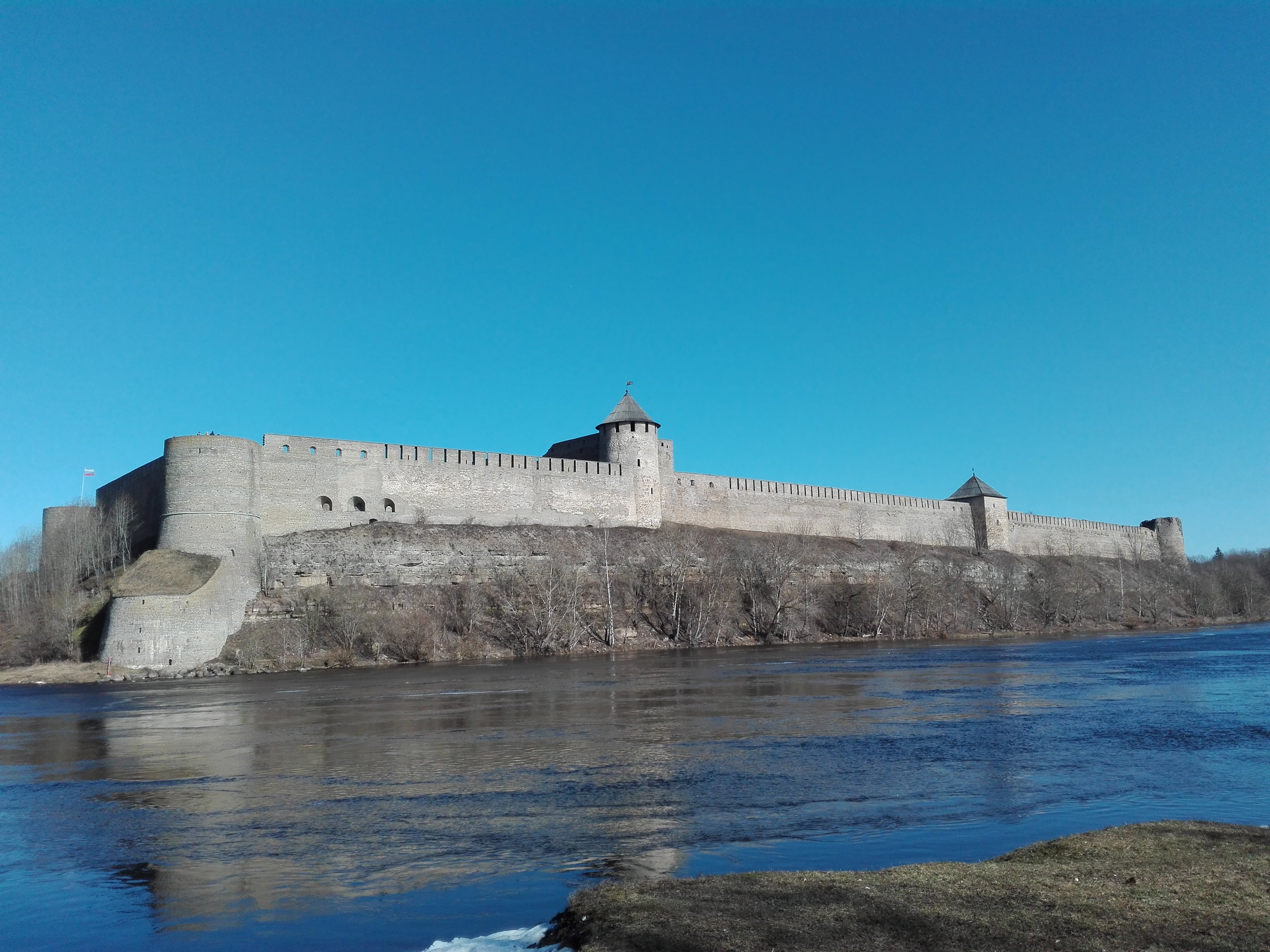 Luckily, on the second day the weather was much better (but still very windy) and we could enjoy Narva with sunshine also. This made the city 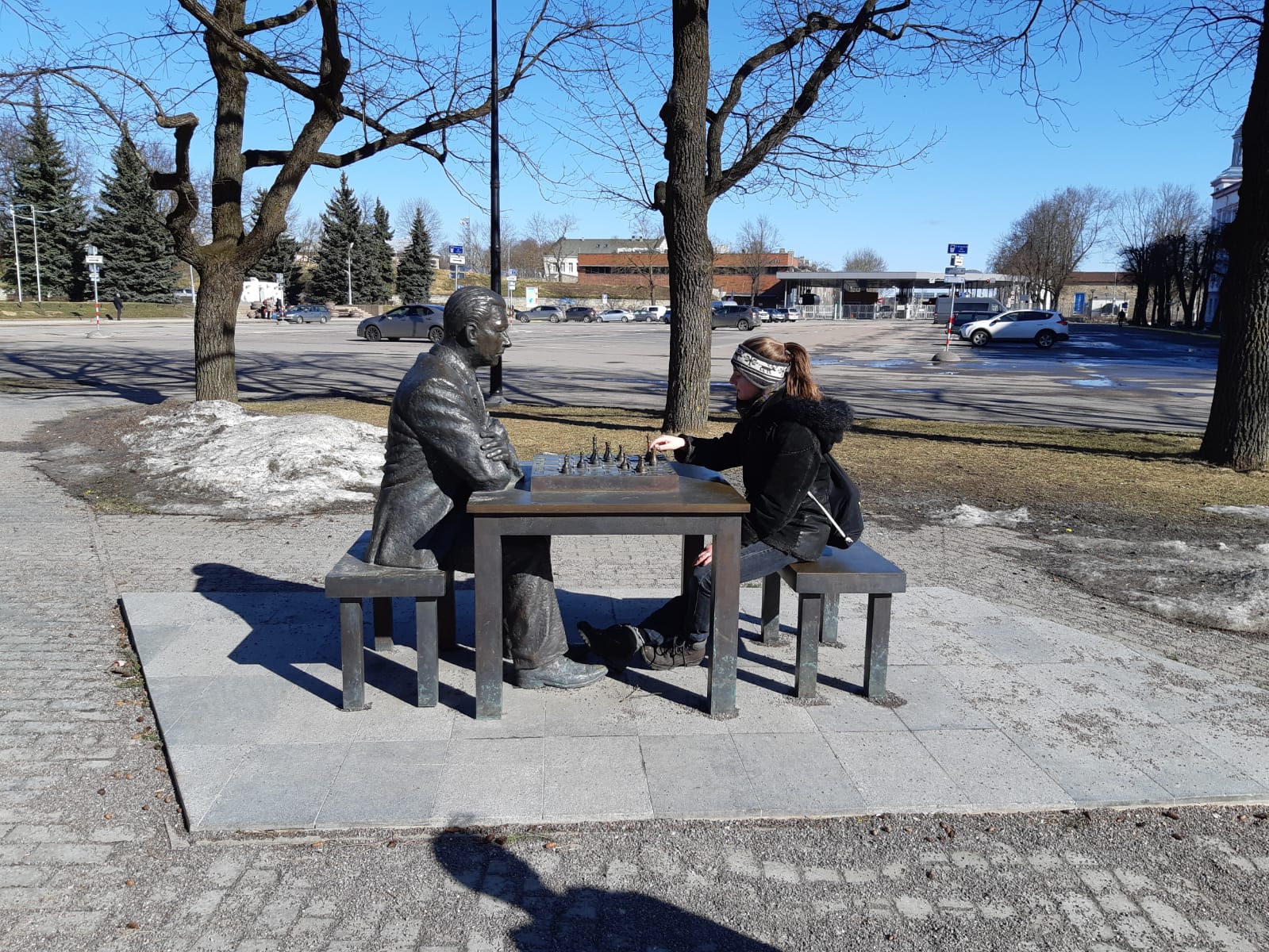 immediately look nicer and friendlier. And after lunch we started a quite adventurous journey home: Because the bus to Tartu we planned on taking was already full, we had to take the long way, firstly going to Tallinn and then from there back in the South, which meant like 7 hours of bus ride... But the complications didn’t stop there, as I was smart enough to leave my phone on the bus in Tallinn. Oops. Luckily, we could contact the bus company and they found it and Madli’s sister sent it back to Valga for us to pick it up. (And I have to say that I’m positively surprised how fast the Estonian post works, because within way less than a day after she posted it in Tallinn I had my phone back, wow!)

Then it was already the last week of March, how fast the time had passed! We started the week with a tournament evening on Monday, this time playing table tennis, table football and basketball. And I am very proud to announce that I got … last in the table tennis tournament! :D (although Madli and me haven’t had the final game yet, that will determine who is the real biggest loser :D)

In our creative club that week we built little kites, which the kids immediately wanted to try out after finishing. Luckily it was a perfect day for that: warm and sunny but also windy. (Actually we have had a lot of those nice and sunny days in the second half of March – I’m just so happy that spring is finally here!) Of course our kites didn’t exactly work as well as professional ones, but they still had a lot of fun trying to make them fly, as you can see in the video:

Finally, the month ended with a little Tankla meeting and party near Tõrva. A lot of Tankla members came together to plan some events for 2019 (Suvekool (a summer camp with different workshops) and a party for the Tankla 10-year-anniversary) and to celebrate a successful year. There was food, drinks, games, cool costumes (as it was retro-soviet-themed) and music and dancing until late in the night. Therefore, after breakfast and driving home, the last day of the month I mostly spent sleeping in order to be ready for an active and eventful April!