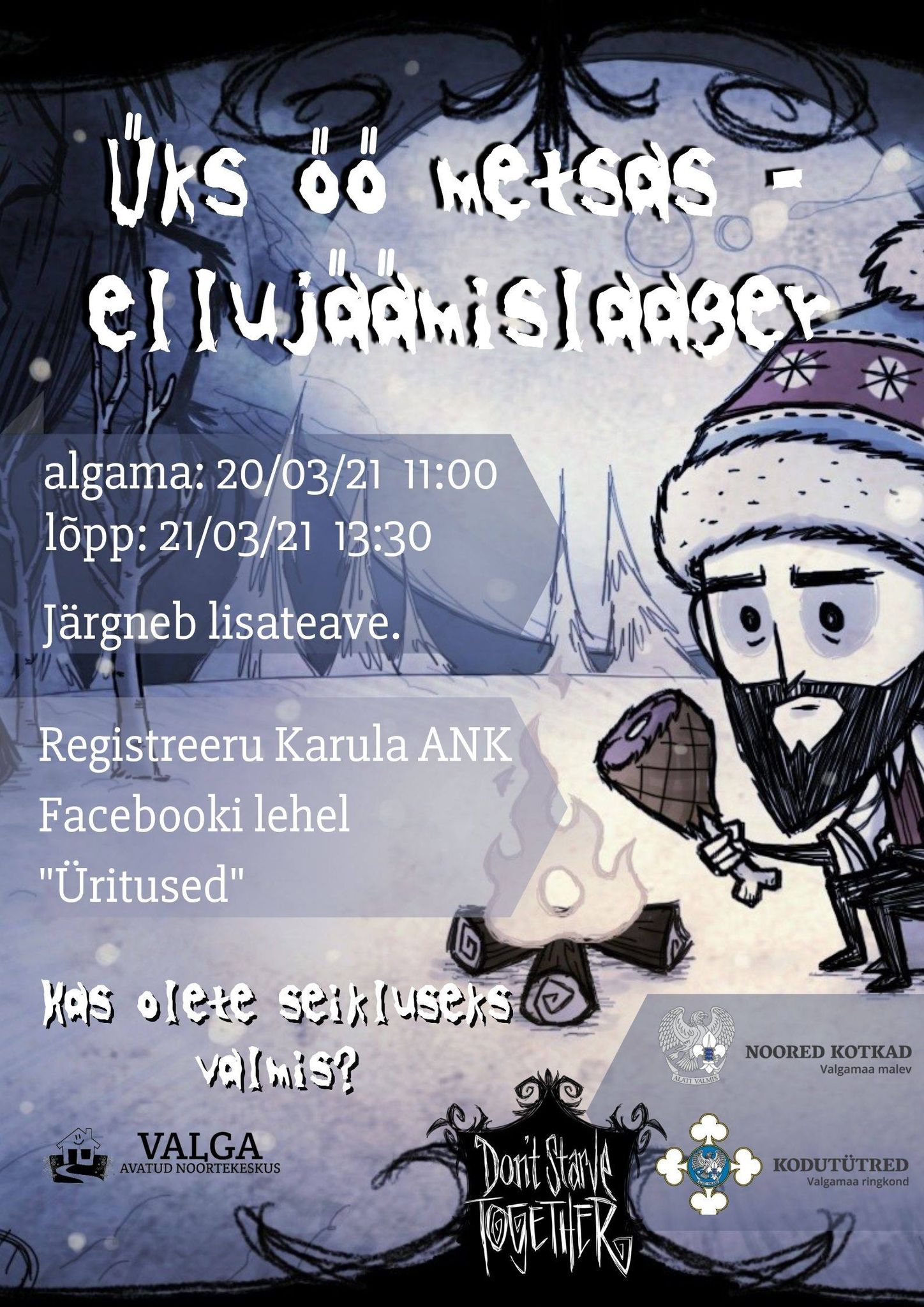 Did you notice that the titles of the previous "blogs" refer to a real-life book? if not, I recommend reading them again. The books are interesting and useful. And since March did not succeed as I wanted, instead of one book I will offer several at once ... although some books may not be books at all)

How to Stay Alive: The Ultimate Survival Guide for Any Situation (Edward Michael "Bear" Grylls)

So in March, we planned to make a thematic night in the Karula forest: the plan, games, venue, food, and even posters were ready to be published. and then the decision came - "Since March all establishments are closed for a temporary lockdown - no events, and only 1 on 1 meeting." Sad ... but now there is an idea to turn this theme party into the clusters.

Camping will be organized every season. In the summer (I hope the lockdown will be canceled by that time), it is the simplest: you took a tent, went to the river, took with you a couple of sandwiches and one night in the warmth and not offended "survive". In the fall, it is a little more difficult: slush and downpours will force you to adjust, and in addition to the tent and sandwich, you will need to orient yourself according to the weather, taking a raincoat or a windbreaker with you, or ... (I will not spoil you). And then in the winter, real winter, survival will have exactly the meaning that it has.
The plan is already ready, you can read the guide yourself, and to take part, follow the pages of Karula and Valga nortekas

Once Upon a Time...in Hollywood (Quentin Tarantino)

The plan for March after the news of the lockdown was the task of transferring work to the online mode. There were ideas, the implementation of which did not take off, but a couple of them are quite interesting. "Soogivahetud" is being filmed in the Karula. Valo gives heat to the kitchen. Videos about it are already on the channel. I also needed to think about media content. This is how the idea of ​​interviewing people doing their daily work within a huge company was born. I called it "Interview the System". For example, did you know that the concert hall in Tõrva is actually a church? Converted into a concert hall, but still a church. The first interviewee was Ilmar Kiverik. And as Ayşegül mentioned in her blog “Take your camera, knock on the door. Dear Ilmar will kindly invite you inside." He told me about the history of this place, what is its role today, how the concert hall works from the inside. We also talked about how the system itself works. : how singers and guest performers are invited, as well as who pays for what. It was so interesting to learn about all this and also wanted to know more ... unfortunately the 1x1 rule did not allow becoming a journalist for other interesting topics such as free buses or how bottles are recycled in Estonia, but again the scenarios and the scene already have a picture, all that remains is to shoot
... and yes: did you know that Quentin Tarantino spent five years writing Once Upon a Time in Hollywood until he realized that this material was more suitable for a movie script? 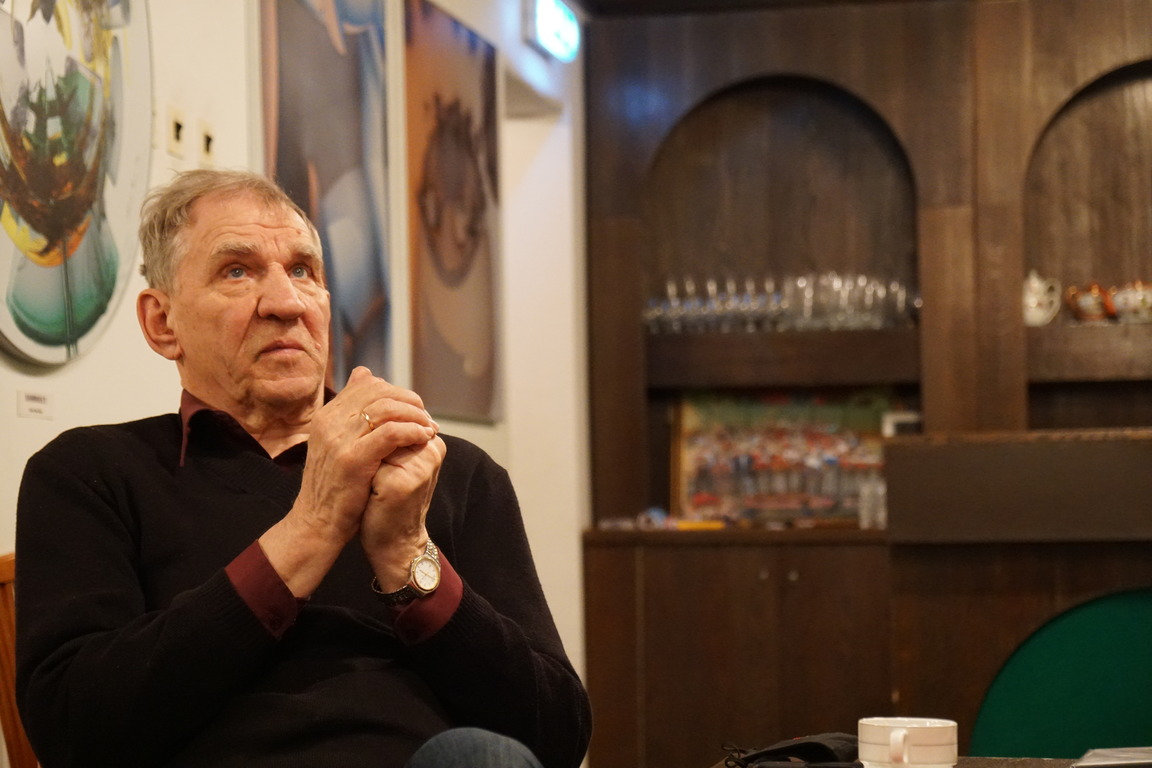 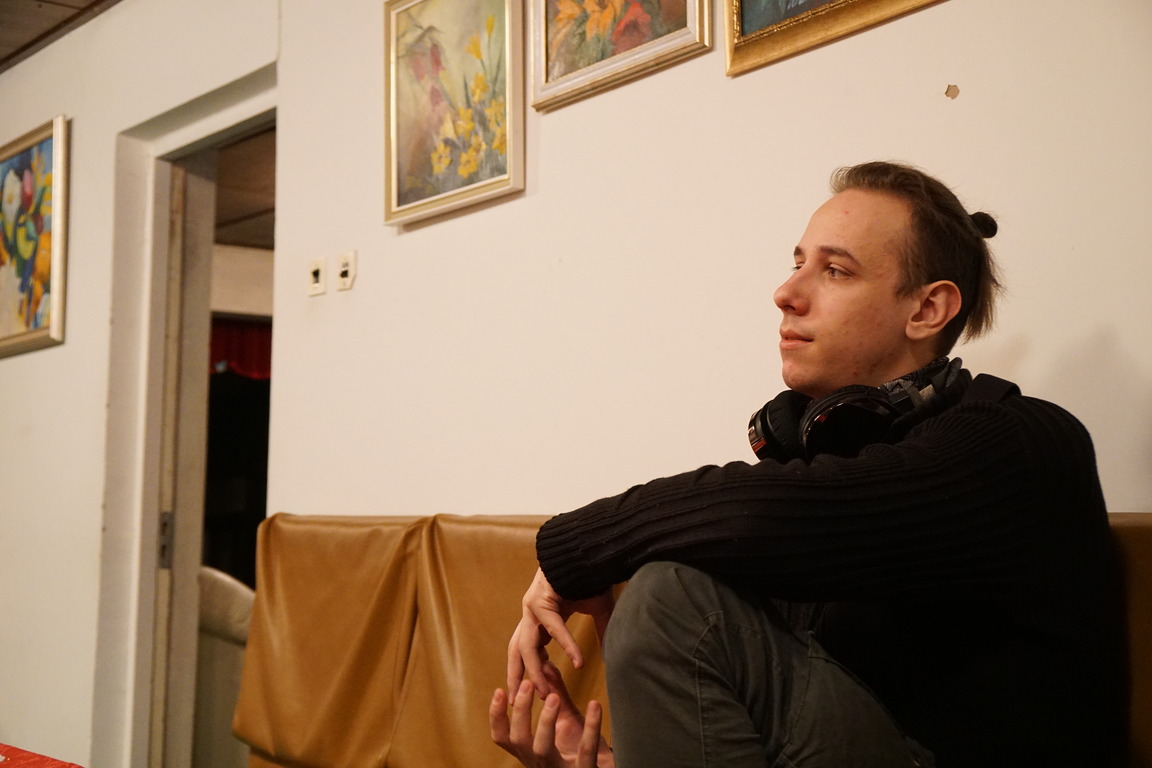 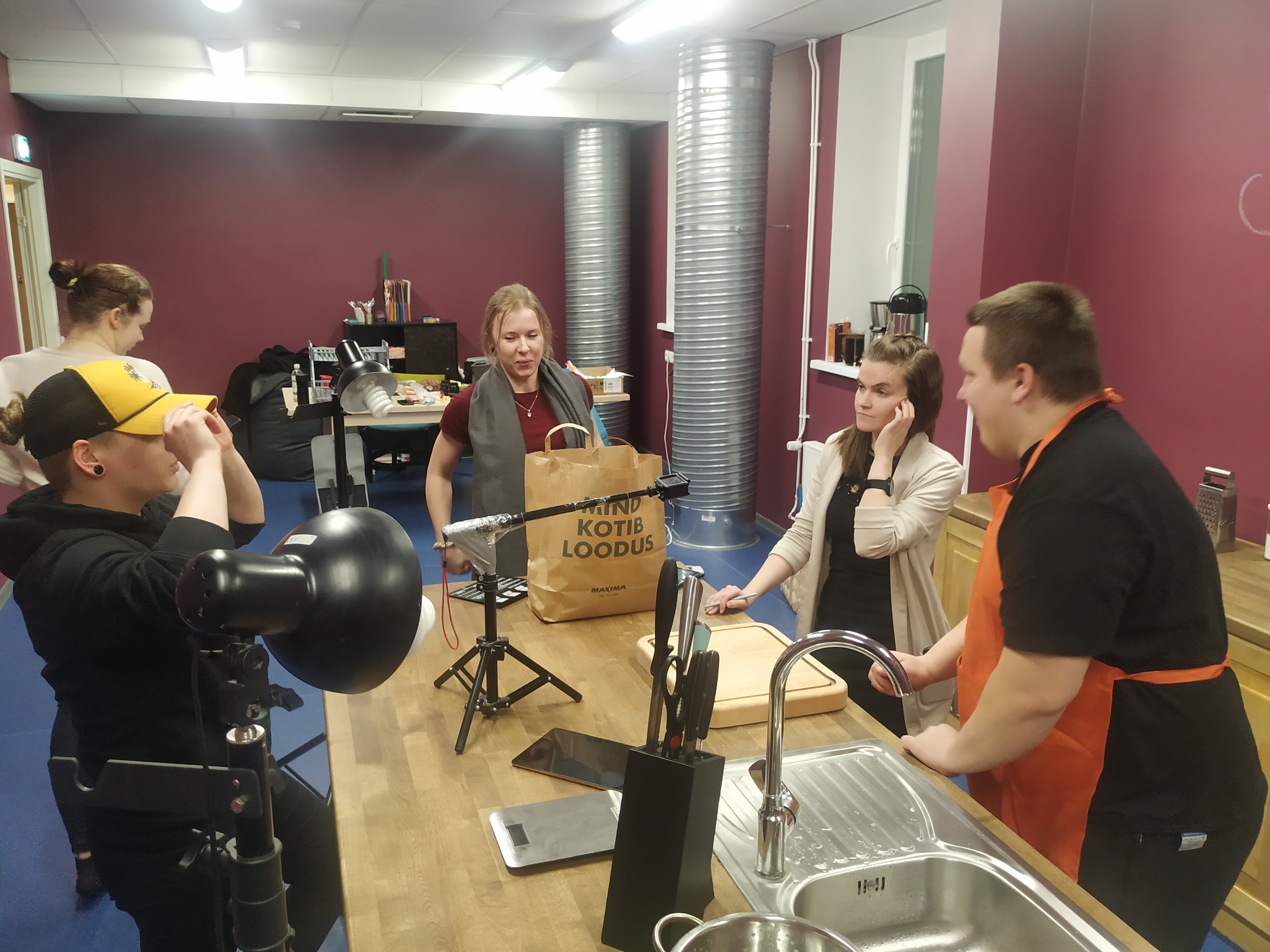 I had photoshop gathering dust on my computer for 2 years. I have never used it. Either because there was no need, or because I'm not a web developer. But it was. Because I knew. I knew that sooner or later I would open this pandora's box. This day came in March. We filmed material for a video about Austria and Germany and we had to put it all together. Photoshop and Premiere helped in this. There was no fear that the program would be complicated. There was no fear that I do not know how to do it. I was afraid that what I would do there would be of poor quality and that instead of being suitable I would only bring trash. On the Dunning-Krugger schedule, I was in the valley of despair. You can watch the results of the work on the ANKValga YouTube channel, as well as on my Instagram page. It turns out not all that bad. I think I've moved to the slope of enlightenment. And may I not become a superstar, I will become a super operator and installer.
"At least I will be in the credits" 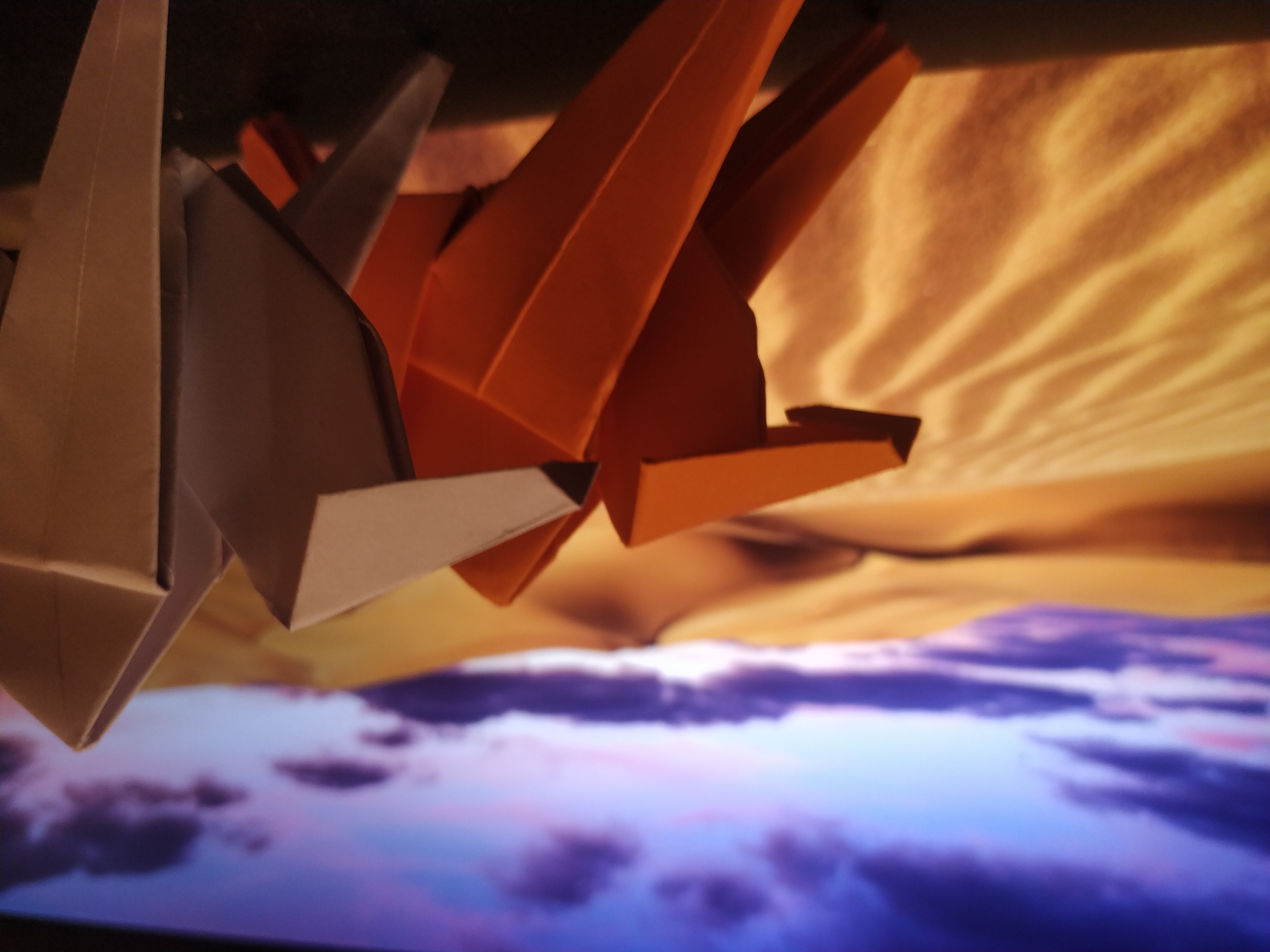 Quote from a past blog: "Plans for the future? Continue dividing. Survive at any cost. Become a superstar" Hah. Looking at the last month's plan, one can understand the saying "Man feeds, God disposes". Almost every item has been revised except the first. I continue to travel to different small towns and share my impressions on my page on inst and in other places. Last month it was Suur Taevaskoda, Mammaste, Tõrva (been here 4 times already. I think there is something that makes me go there every month) and a little bit of Otepää. Well, yes, in the Russian dictionary, the words Divide(delytsya) and share(delytsya) are the same words, the difference in context. I keep sharing interesting things and I hope the stories will come. 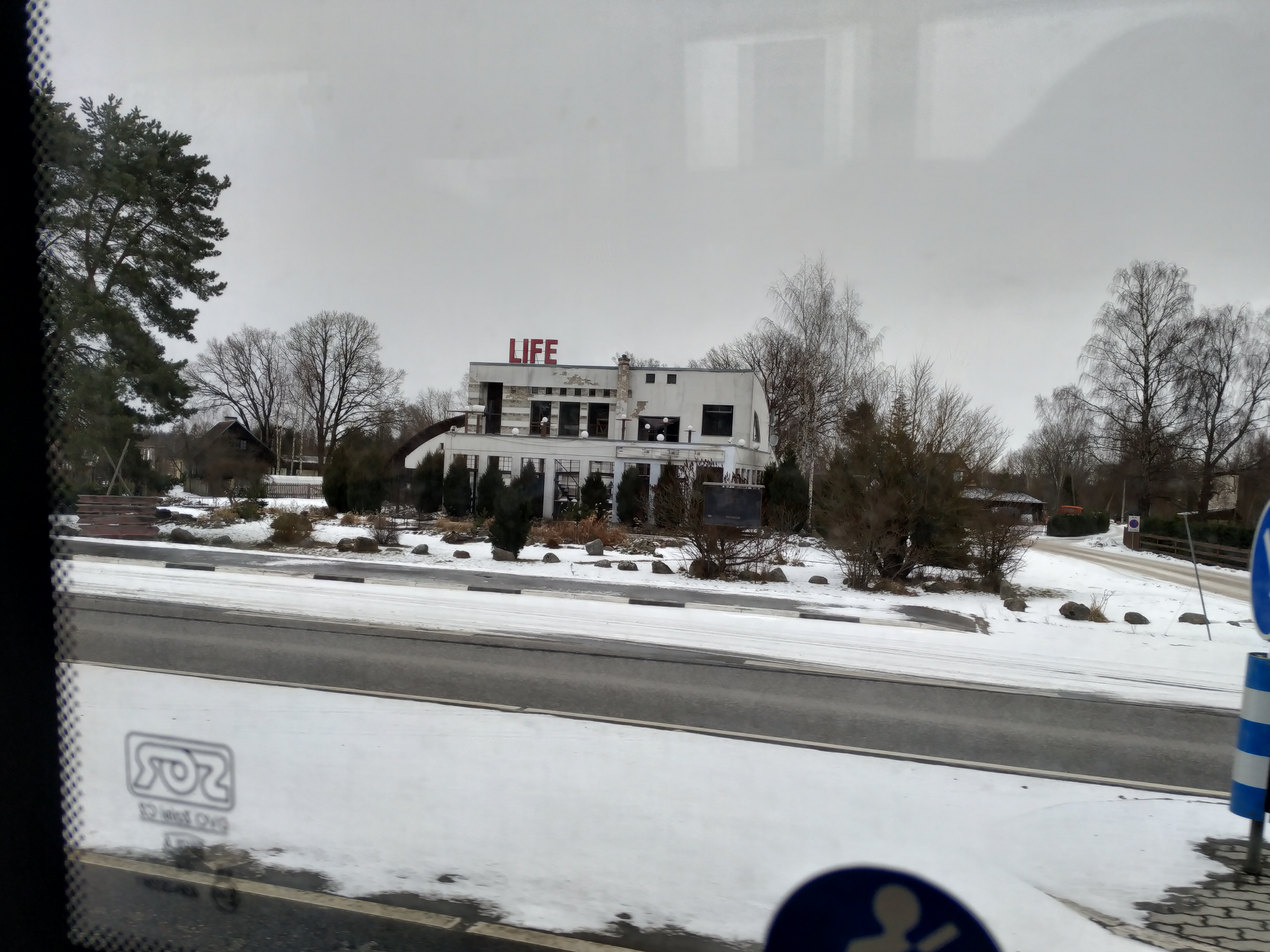 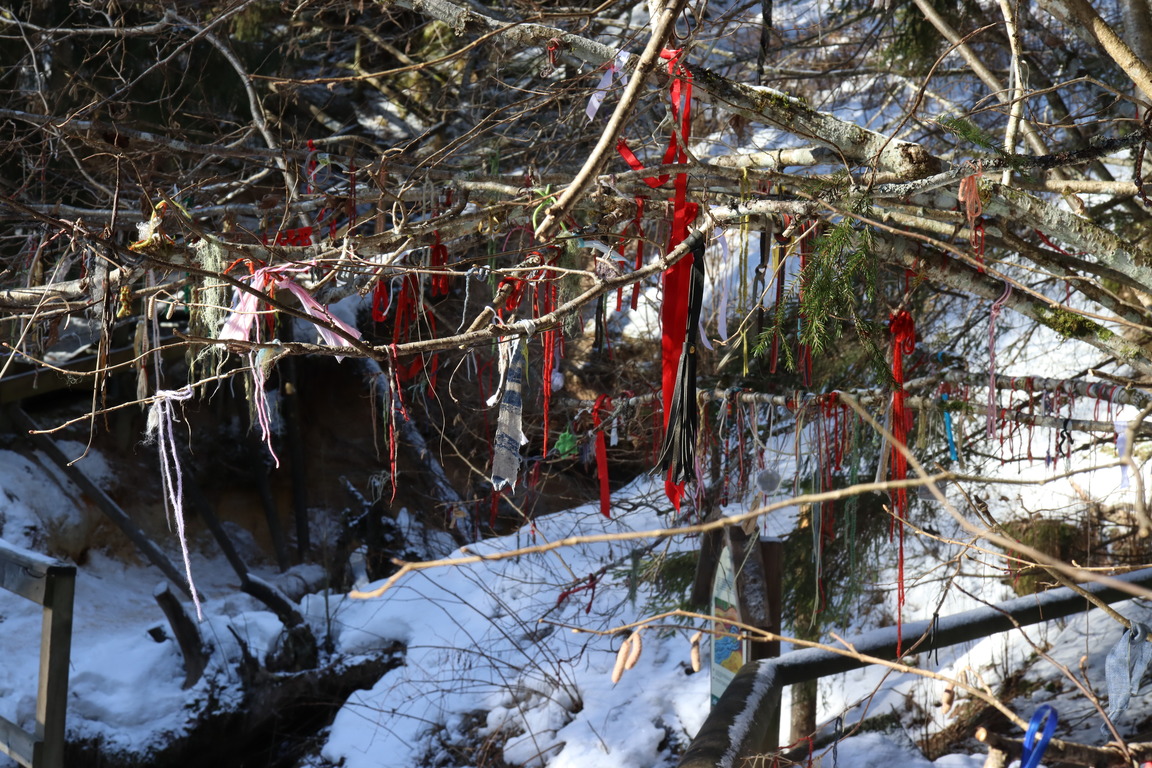