ESC blog: Victoria Tõlliste March: the end? of winter, the beginning of lockdown and the middle of my volunteering service… 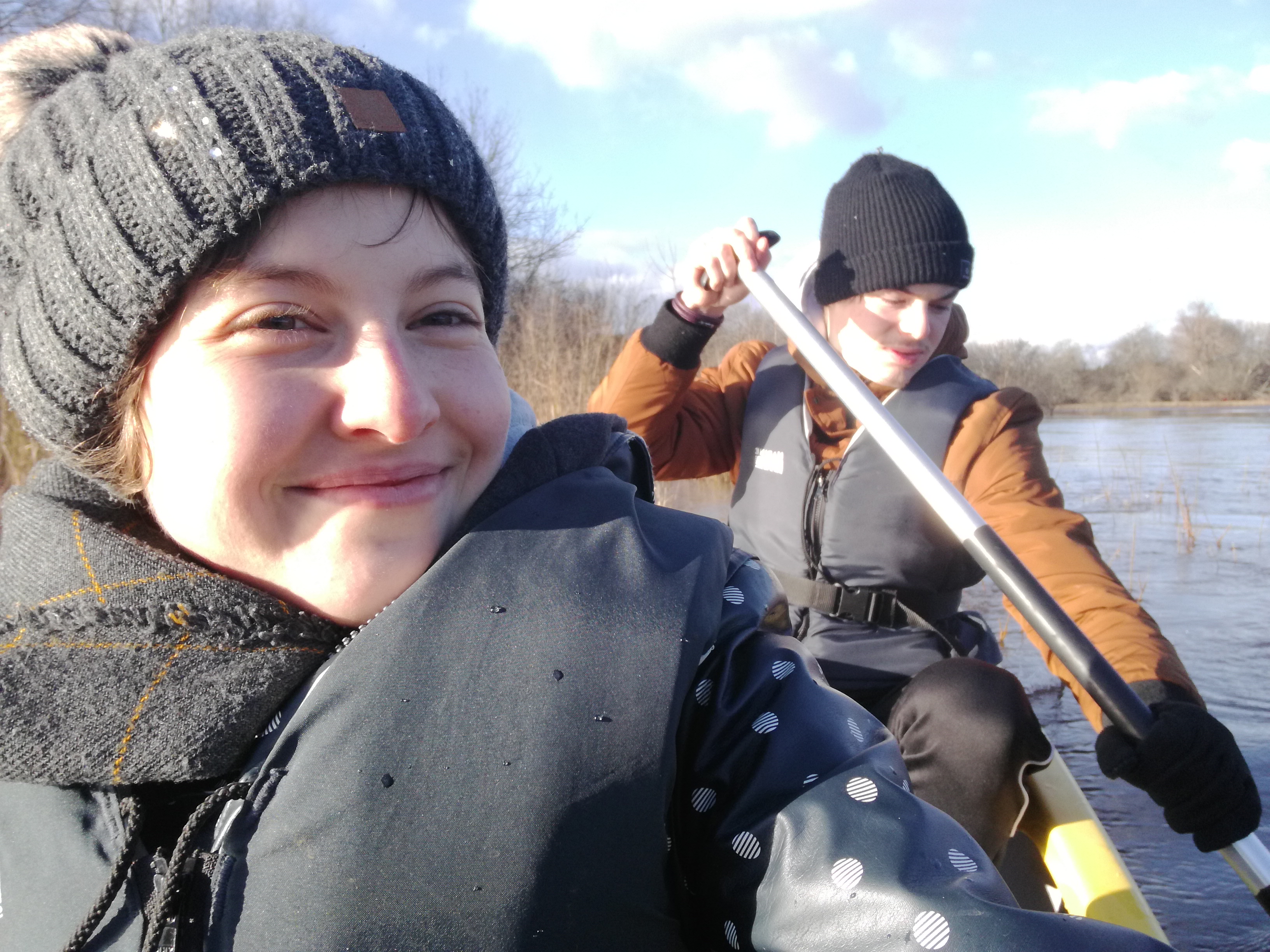 …those were the main points that influenced my daily life and also my emotions in march.

Tbh, it was no surprise for me to get into a lockdown, since my friends in Austria are spending their time at home for more than a year and I was wondering at which point Estonia would close everything. Of course, travelling might be harder now, but in March I did not only feel desperation but also hope. The first birds were singing and also the sun showed up more frequently - Time to discover the Estonian nature! And I felt the inner urge to carry on; to see more and do more. Yeah, maybe I was even slightly stressed because I realized that now half of my time in Estonia is over. Can you believe that? I personally feel like I did nothing the last months, but I think my view might be a bit clouded. Well, form yourself an opinion about that by checking out the other posts, - but now keep reading about what I’ve done in march…

The beginning of this month started quite well: In the first week, I was invited to join a canoeing trip in Hargla with Madli, Xaver, his flatmate and a few families and youngsters (with consideration for the 2+2 rule). The day might have started with a bit of snow, but the sky cleared and - wow, with sunlight the Tsirgumäe – Area is impressively beautiful.  Especially now during the “fifth season” it was possible to canoe on meadows and between trees, which made this excursion very special for me.

The rest of march I spent working in Valga Noortekeskus, obviously without youngster, but with nice colleagues instead. I did not only improve my ping-pong,- but also my Estonian skills. Additionally, I learned how to deal with intercultural conflicts, to make even greater posters and to play discgolf. Besides, we did not only organize some online activities but also filmed videos. Xaver visited us and we started producing an “Austria vs Germany”- video. The shooting itself was good, but at the end of march a little unpleasant side effect was revealed… (talk about that later) 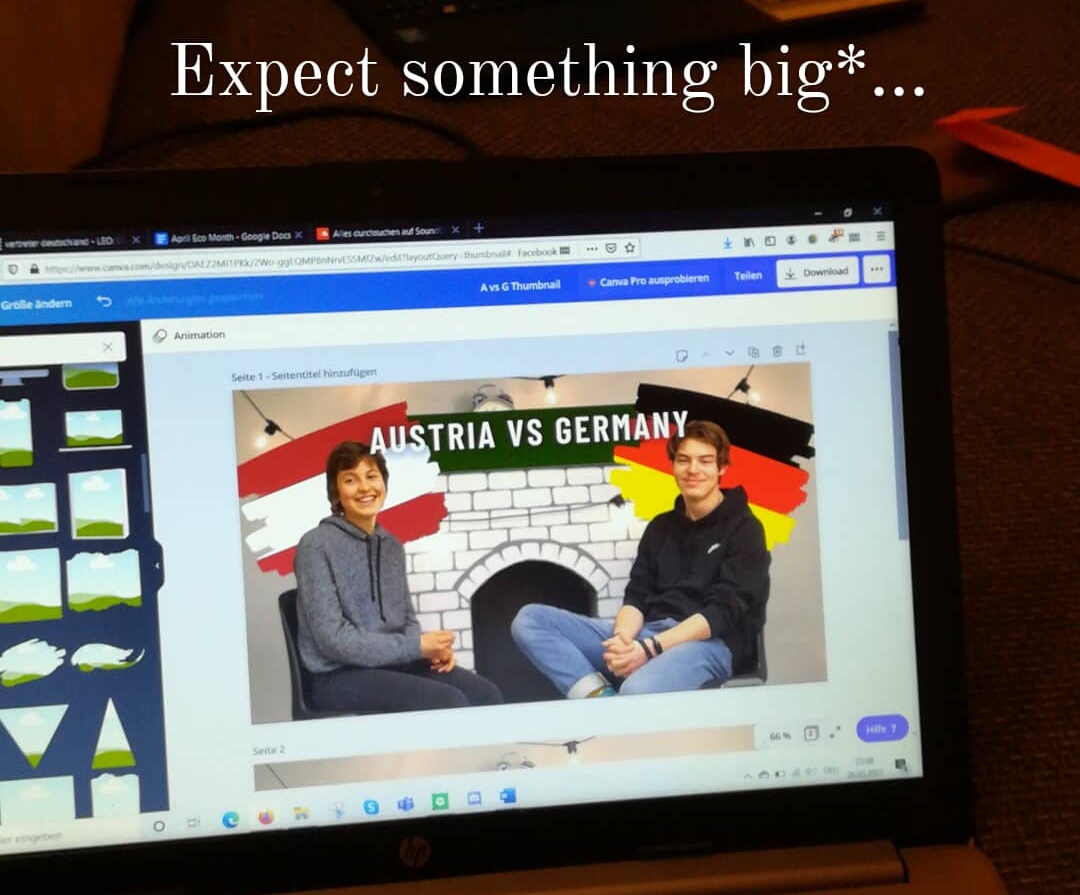 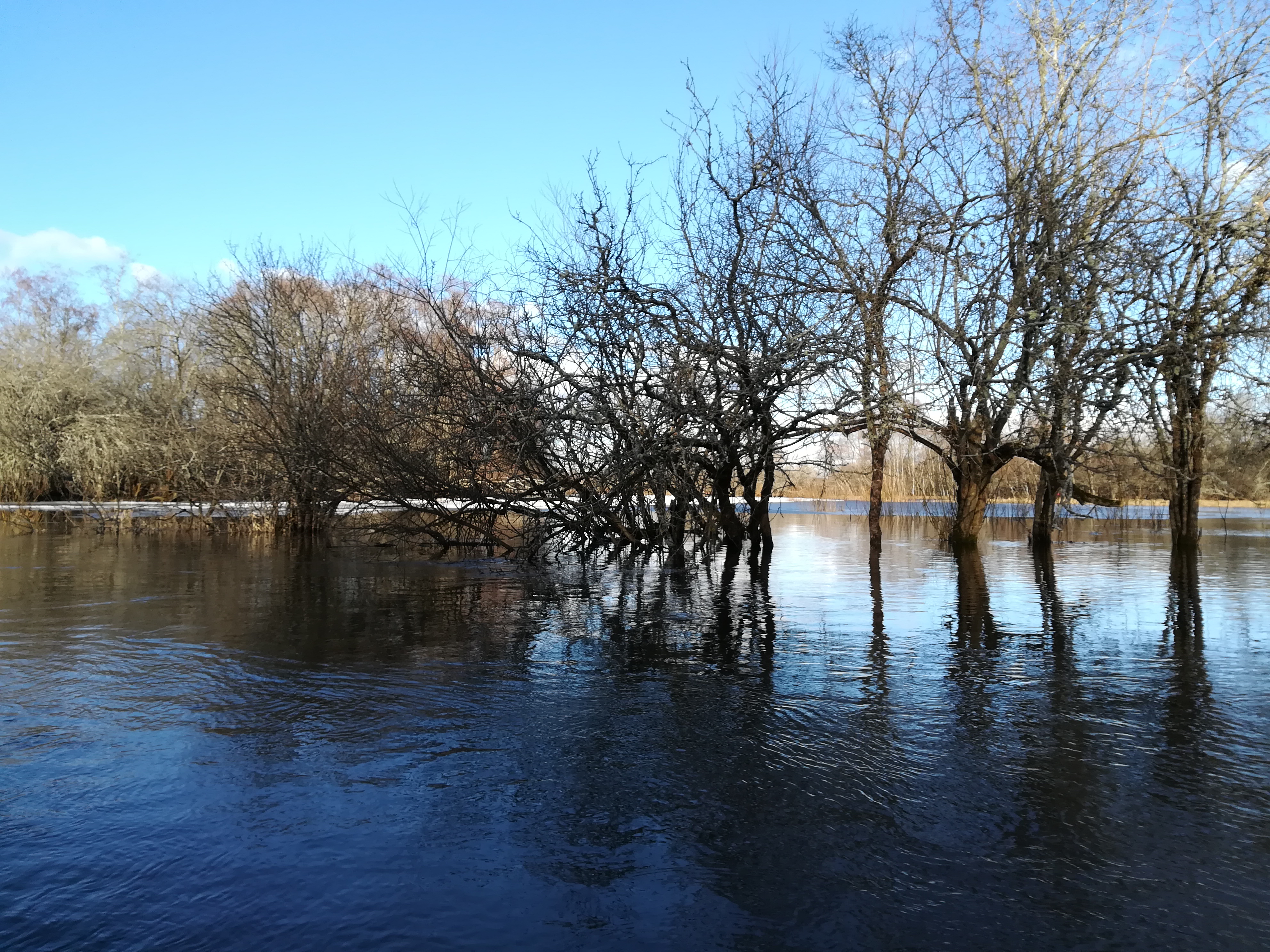 At the weekends I tried to get more in touch with the Estonian nature and decided to take a few hikes. After many recommendations Matviy and I finally made our way to Taevaskoda, where we enjoyed the stunning view, which was even better thanks to the morning sun. After a few hours of walking, we tried to get home, but thanks to “great” bus connections was harder than expected. Furthermore, suddenly a snow storm occurred… Well, at the end we spend our afternoon in 4 different busses since those were the only warm places we were allowed to stay in. But yeah, it could have been worse 😅.

The second hike ended up quite similar… This time Mylene and I strolled around Pühajärv, when at the middle of our route the weather turned - against us and into a snowstorm (again). This time we were not so lucky to have busses, but we figured out that, despite the Lockdown, hotels are opened (lol ???). To our great relieve, we were allowed to stay in the lobby of Pühajärv spa resort for more than three hours before the last bus arrived. Damn, I was tired after that day 🤦😂 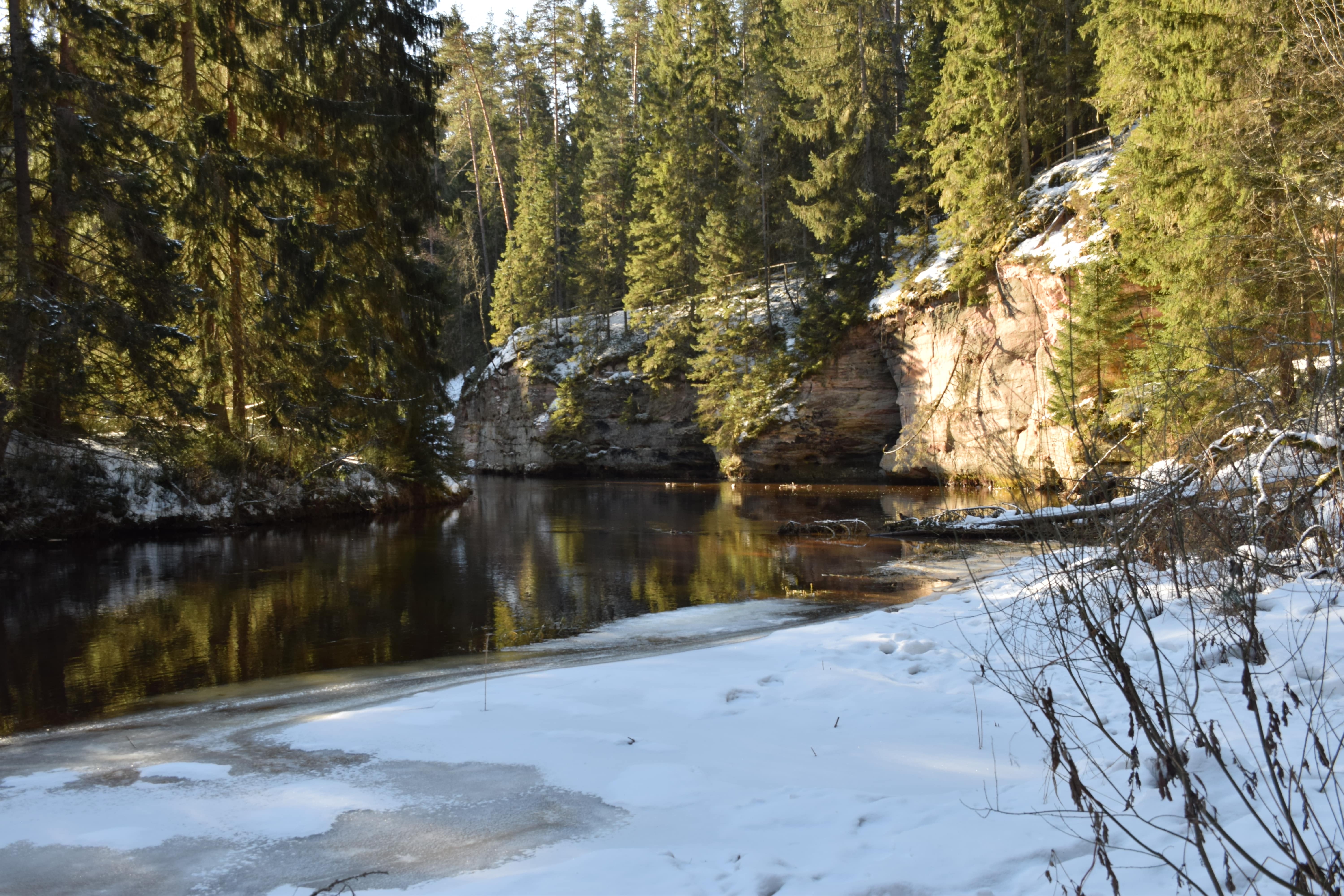 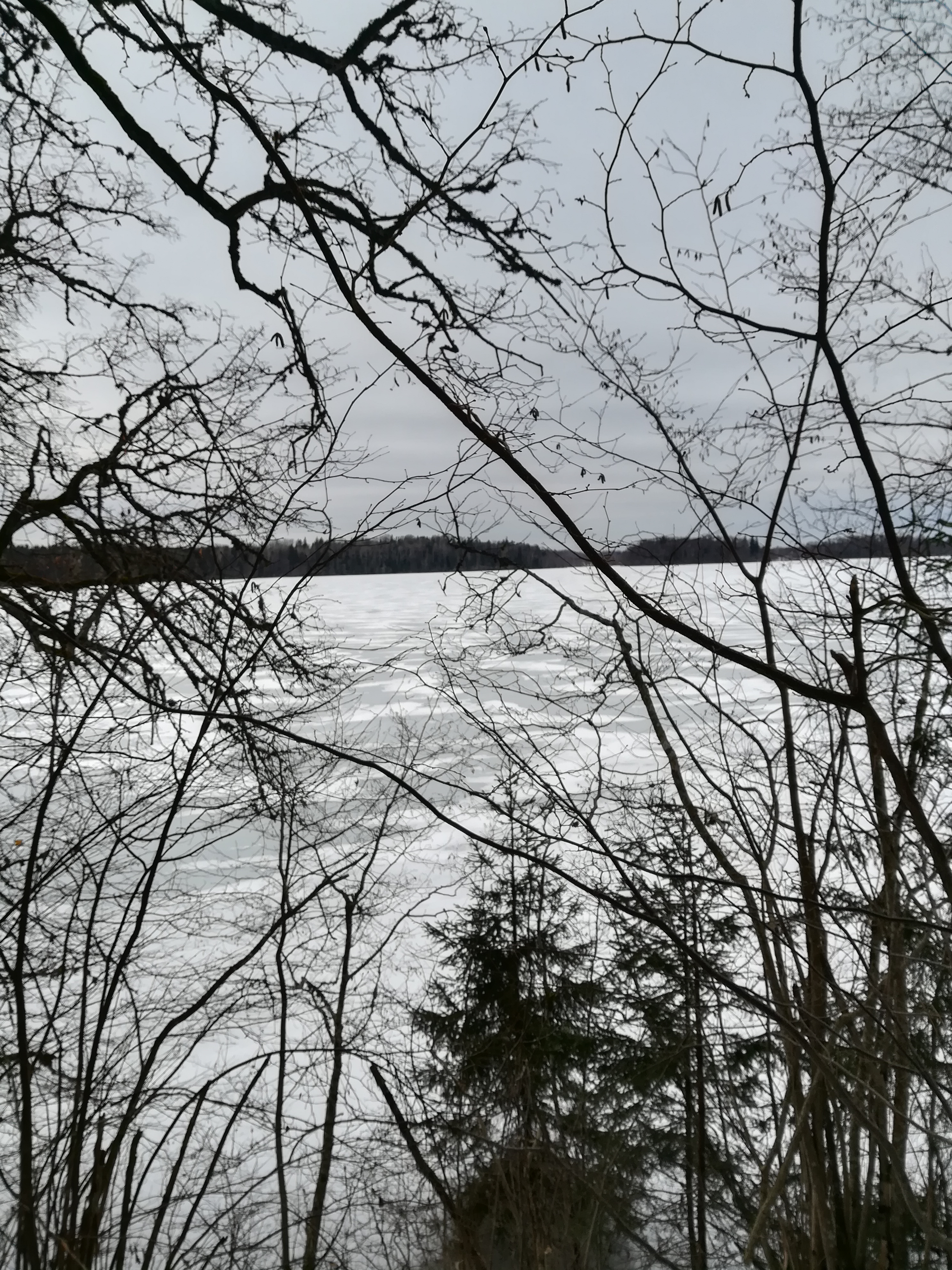 The last weekend of the month I also wanted to be active, but on Thursday Matviy and I got a grave phone call: Quarantine! You remember the meeting with Xaver? Well, turned out that his flatmate probably had corona🙃🙃🙃 So we spent our days in the homeoffice, edited the fatal video and I also turned into an easter bunny: For our egg hunt in April, I undercoated around 50 Styrofoam- eggs. My room looked like a henhouse haha🐣.

On Saturday I was finally released into freedom and enjoyed my first Estonian barbecue in Tõrva. A great evening and a tasty experience ☺️ But that was not my only (culinary) highlight this month: The Youthcenter boss Maarja brought some home-made sour pickles (hapukurk) and marple juice! Mmmh 🤤 Last but not least I also met with my Mentor Jelena and we prepared Pelmeni (some kind of dumplings). It was a lovely gathering! ☺️ (and the pelmeni were very tasty, indeed 😏) 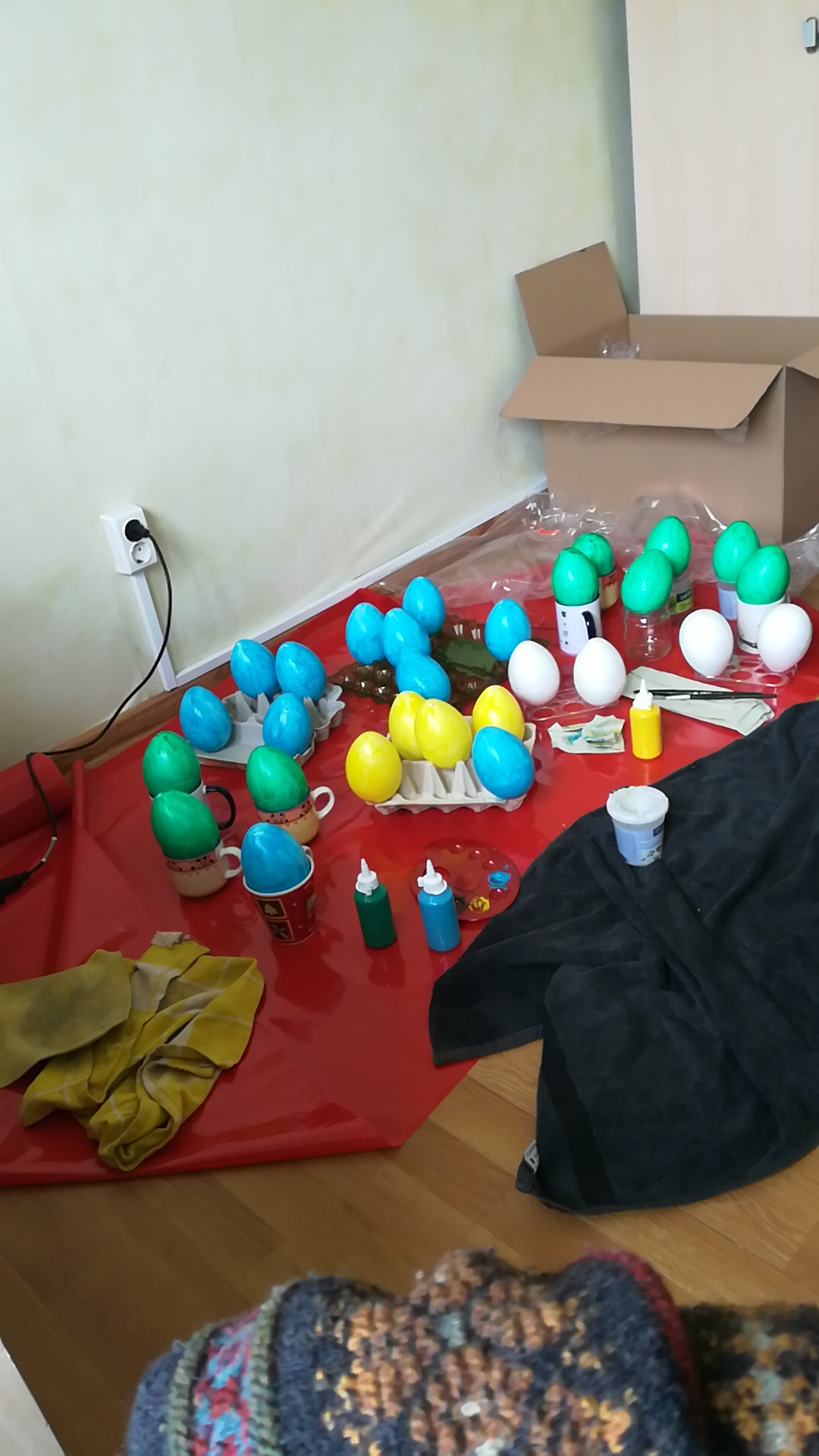 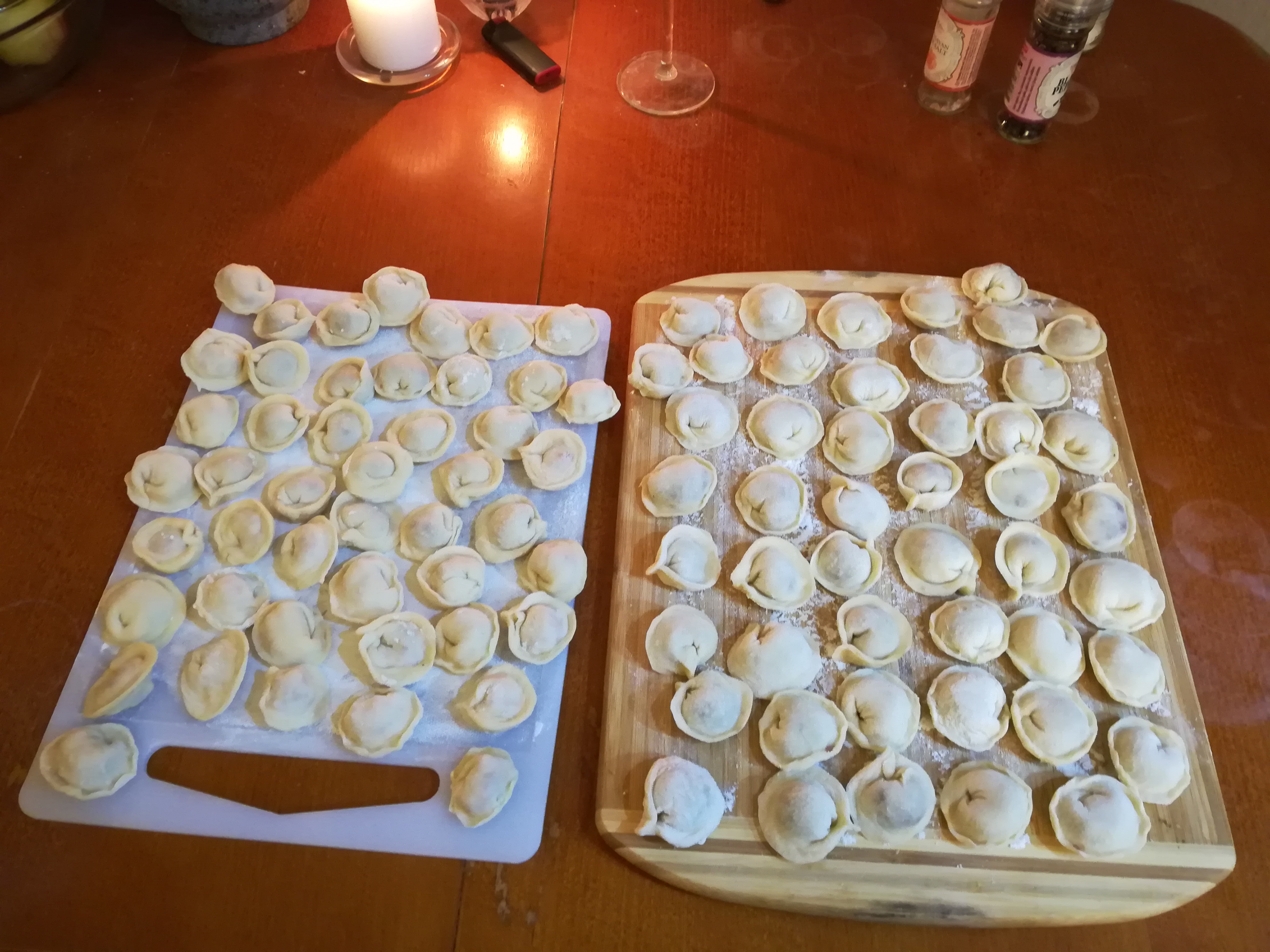 All in all, March was despite Lockdown and a failed begin of spring quite rich in adventures and I learned much new stuff.  The only thing that makes me feel kinda melancholic is the fact that I have to leave soon. Ok yeah, I have 5 months left, but in my head, it is more like 5 weeks 😅☹️🤦I’m already gonna miss being here😂🤦

Never mind, I really hope that I’ll be able to see more of Estonia in the next months, and don’t worry- I’ll keep you updated ☺️ Until then, stay healthy and enjoy the sun 😉 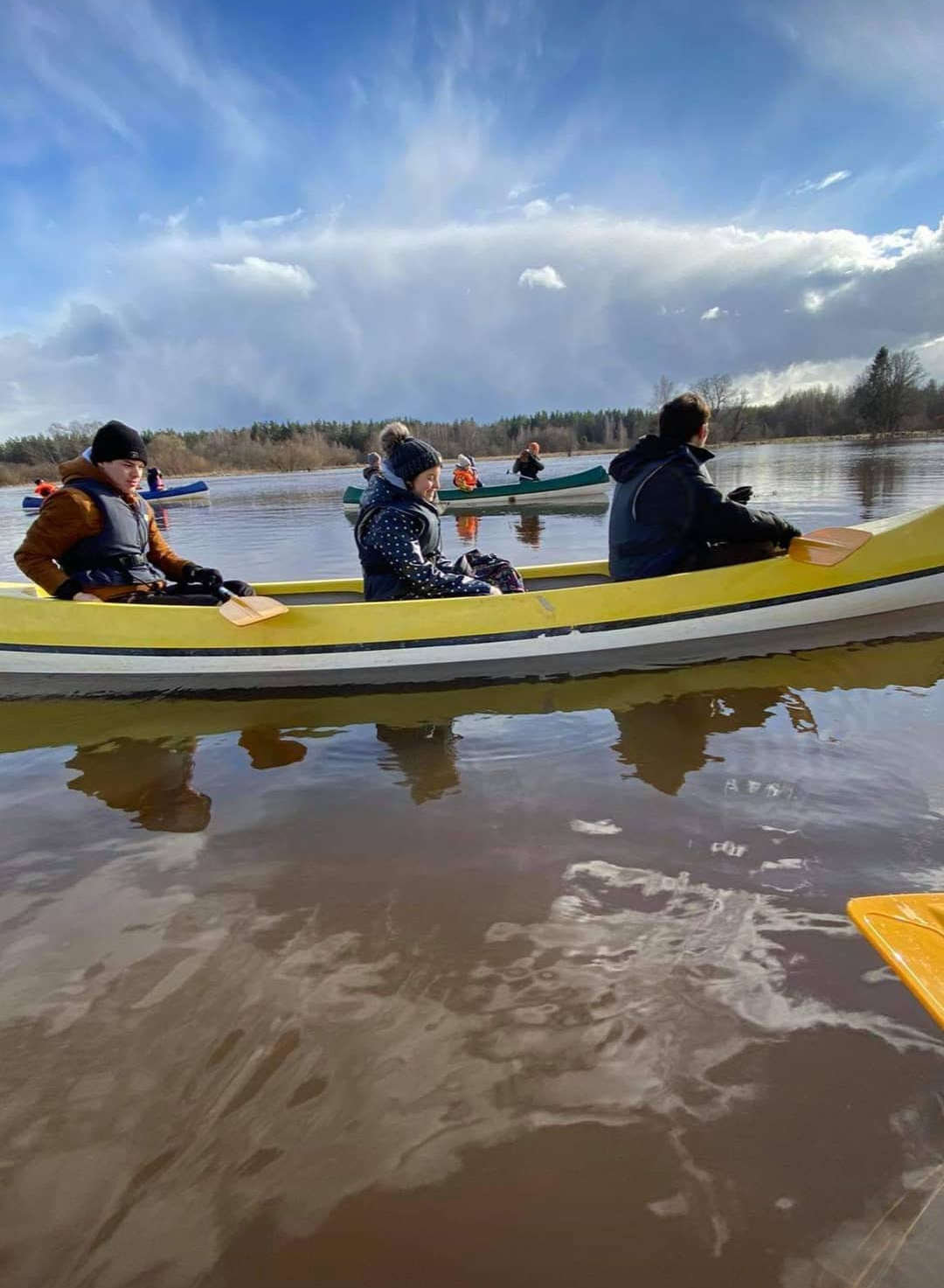