Finally set free from my isolation I was allowed to go outside again, meet people and return to the youth center!

Actually, I didn’t really spend a lot of time in the youth centre, but time outside was also wonderful, enjoying the many lakes of Southern Estonia and plenty of sunshine.

My first day back to work was already an adventure: the youngsters had planned to go go-karting at a place near Tartu. I have never done it before, but it seemed safer than driving the atvs (which we did back in January), so I gave it a shot. Of course I wasn’t the fastest of them, but I am proud to say that I wasn’t the slowest driver either! Afterwards we made a stop at McDonalds, only then the virus-situation came back into my mind. Here in Estonia, especially in Valga municipality there haven’t really been many cases and restrictions are being eased more and more, so it’s easy to forget sometimes that Corona is a thing.

On the next weekend I embarked on a road trip! I rented a car, and we started driving towards the sea. Our destination was Saaremaa, the biggest island in Estonia. Highlights of the road trip include blasting ABBA, hiking through the very low sea to visit an almost empty island, drinking out of a well, seeing many many windmills, camping right by the sea and going for tons of swims. After one friend had to leave us in Kuressaare (the only city on the island), our journey continued on to Hiiumaa, the second biggest island. There we slept in a hut in the forest, visited a questionable adventure-park, climbed up a lighthouse and went to sauna. It showed me again, how lucky I am to have been able to come back to Estonia, spending time in nature, with volunteer friends and exploring different places makes me so happy and grateful. 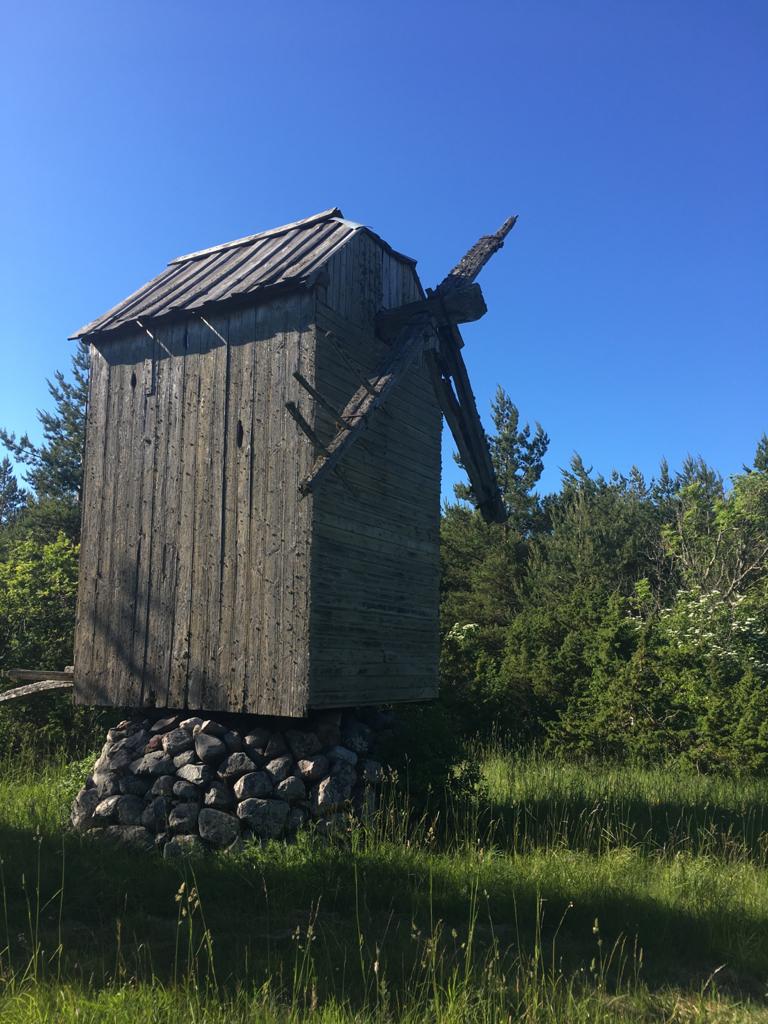 Saarema is famous for the windmills 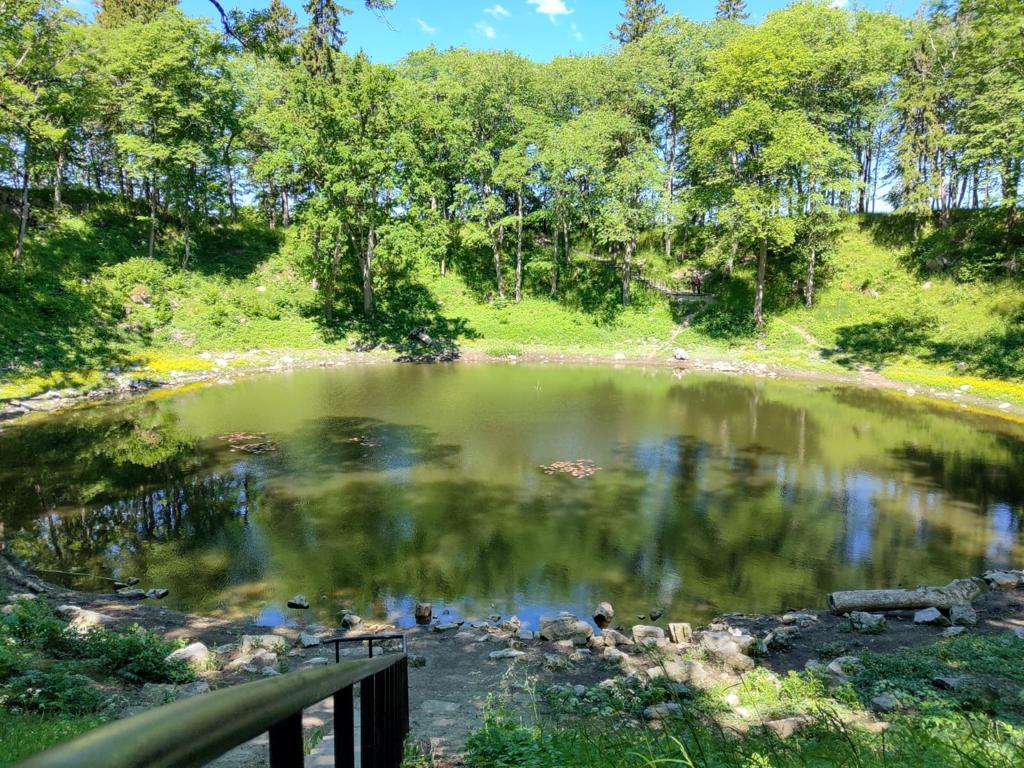 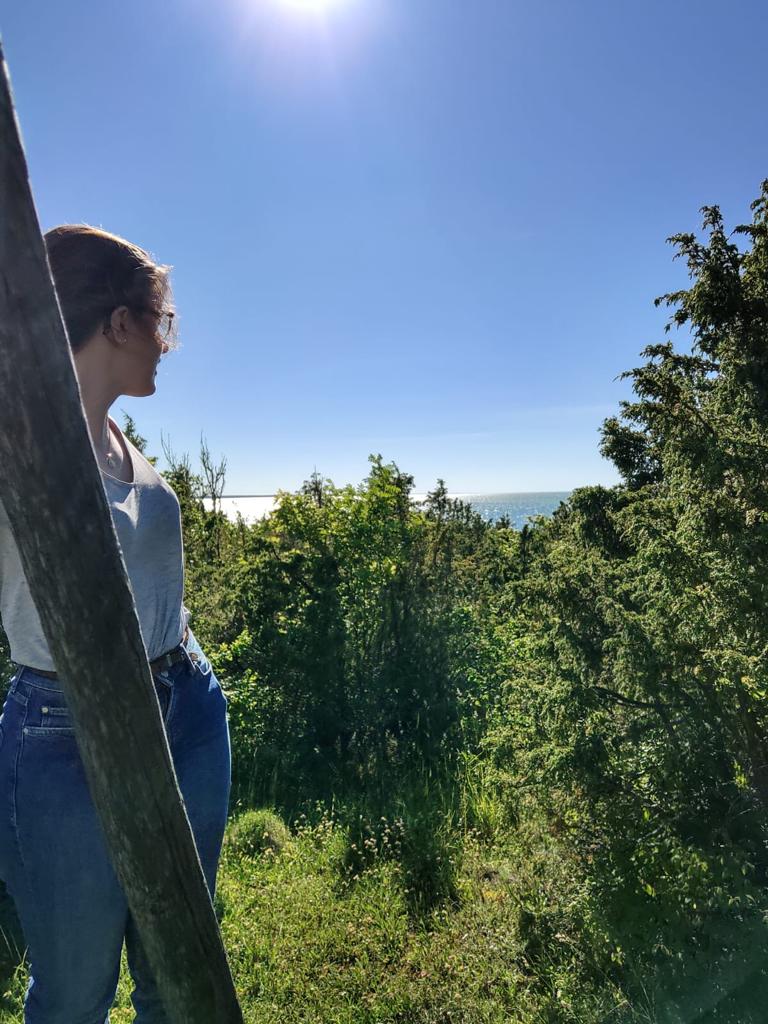 Madli had also taken some vacation in that week, so the youth center was closed when I came back to Hargla. Instead Jandra, the leader of the Eco-village invited me to help with her camp. It was a week for the children to spend without internet, so a lot of time in nature and with the weather also a lot of time swimming. We did some nature Mandalas on one day and the second day I helped, we went to another family park, this time close to Tartu. Basically I spend most of the day swimming, going down slides and jumping into the water. Some youngsters also discovered the tadpoles in the lake, so we played with those a little. 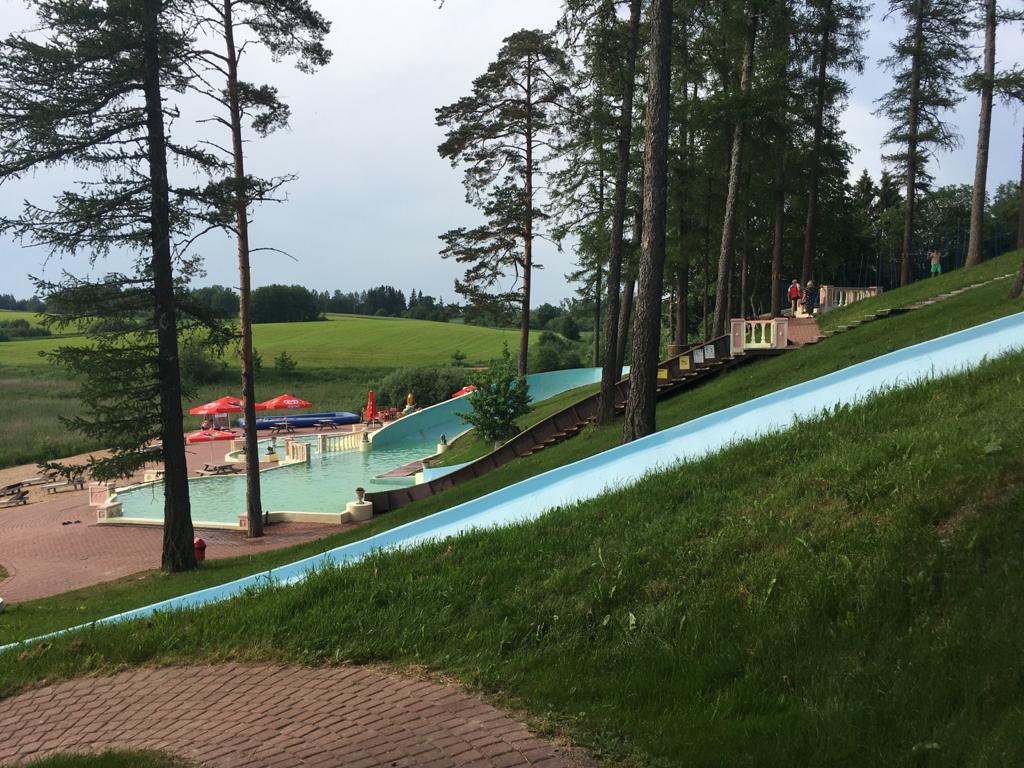 The next weekend I finally visited the biggest mountain of Estonia. It’s not really a mountain. They actually built a watching tower on top, because otherwise there wouldn’t be a view. On the same day I also went hiking along the seven lakes of Rõuge which was awesome, despite the many mosquitoes.

As is the tradition in most countries in northern Europe, Estonians also celebrate midsummer. They don’t do it on the 21st of June, but instead on the 24th, but honestly that doesn’t make a difference, right? So because in Estonia jaanipäev (as they call it) is traditionally celebrated with friends, I thought, why not celebrate with my volunteer friends? So I invited the members of the ESCommunity to celebrate, make a bonfire and camp. In the end there were quite a lot of people that were interested, which was kind of cool. We had a big fire and even the classic German “Stockbrot”, which is basically just yeast dough wrapped around a stick! (It always turns out half raw, half burned, but somehow it’s awesome anyways). And really, the sun didn’t set! It was super nice do be part of an international community again and meet new people :) 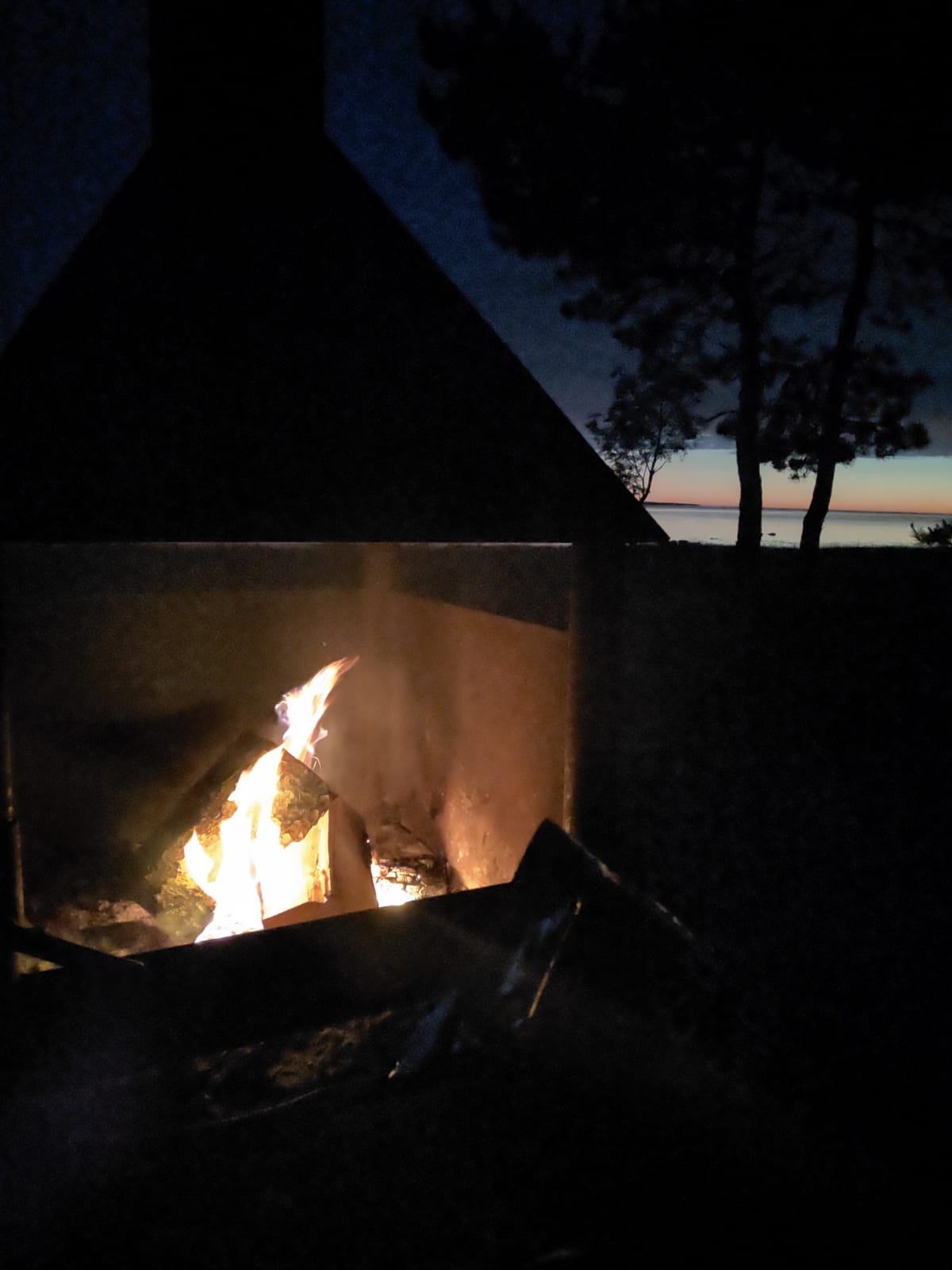