In July I spent a total of three days in our youth centre.

In turn that must mean that I did many many other, even more exciting things. From shoveling for 6 hours a day, to walking for 6 hours and seeing the most southern place in Estonia, it was a colorful mix of events and trips.

The first thing that happened this month was my environment week. Finally! I had started to plan it back in February, Corona cancelled those plans, but in the end I made it work. It was quite a busy week: On Wednesday, we started to build a hotel for insects. The youngsters weren’t too excited about it in the beginning, but they helped with sawing and hammering and drilling and I think they’ll definitely enjoy the whole thing when spring comes around and they’ll be able to watch the little inhabitants of the hotel. In the evening we showed a movie by an Estonian nature-philosopher. I was surprised how many people came to see the movie, and how much we all enjoyed it. Fred Jüssi (that guy) didn’t even speak much in the film, but what he said resonated with me and my experience in Estonia: enjoying the silence, taking everything slow, following the flow of life. 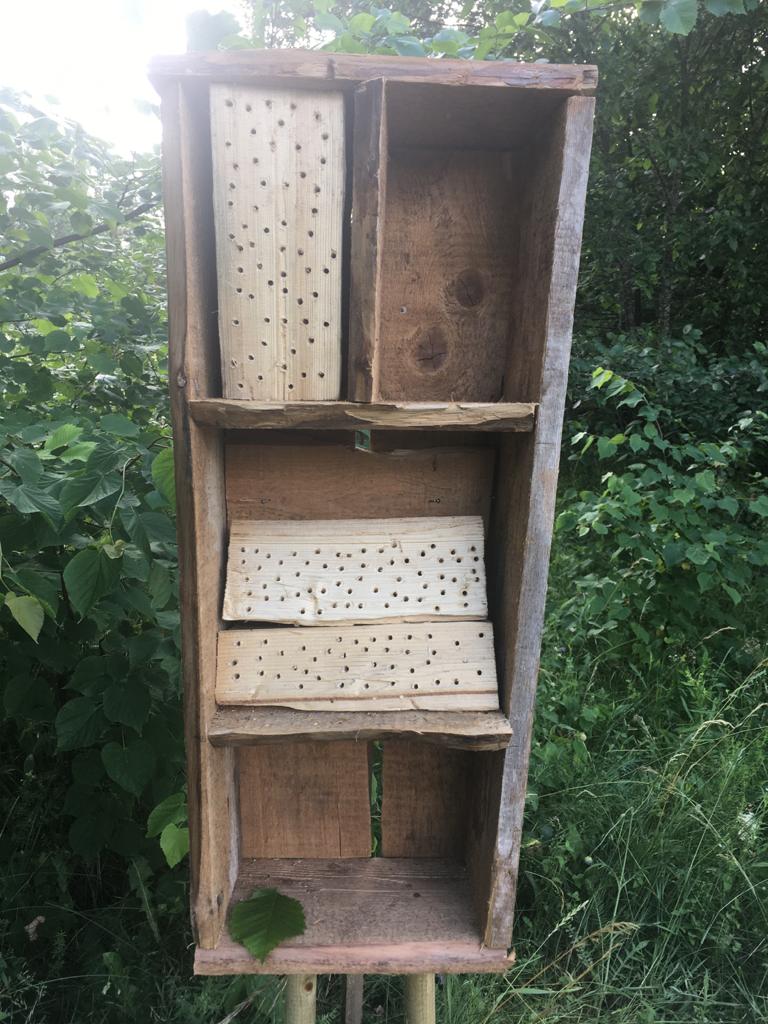 On Thursday, we had another event organized by Rasmus, which fit in quite well with my week though, so it became a part of it. It was one day on the river here in Hargla, led by scientists, to analyze the water and its fish. I found it very fascinating, especially when the scientists cut some fish open and let us look at them through microscopes. 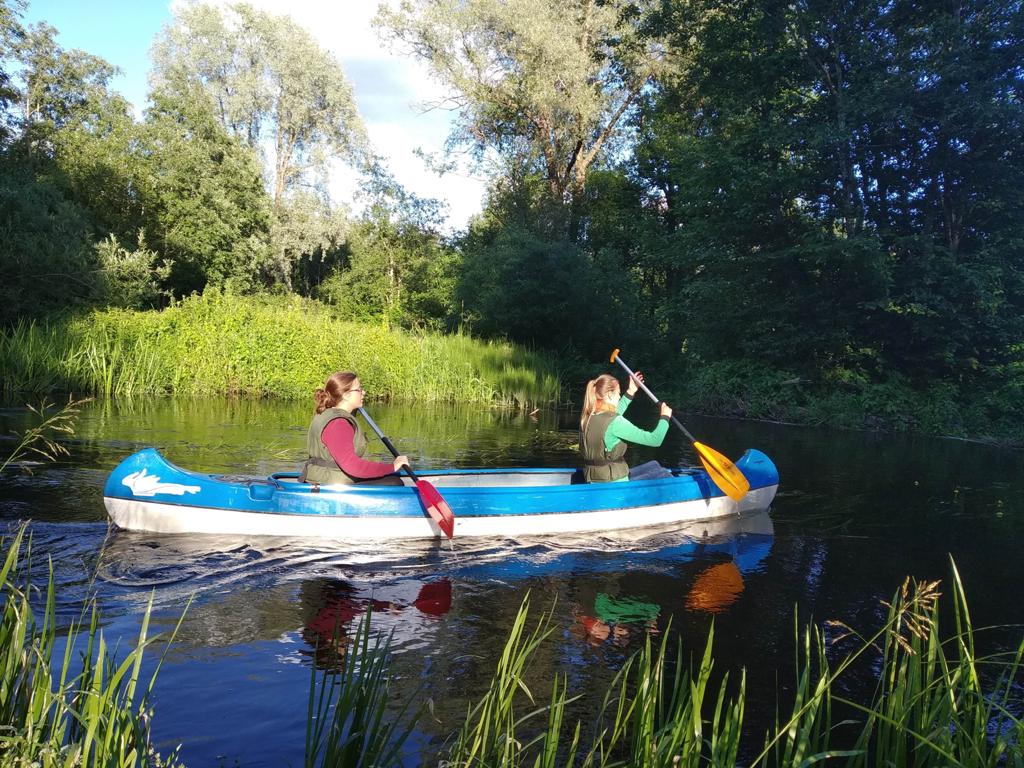 The last day of my environment week was focused on recycling and the issue of waste. We finally established a waste-sorting system in our youth center and explained to the youngsters, why recycling is so important. It might take a while for them to get used to all of it, but now the technical bits are out of the way.

In the next week we had another trip organized by the youngsters themselves. We went canoeing! The starting point was in Latvia and we slowly made our way to Estonia, where we stayed the night and in the morning we continued for a bit more. It was lovely to see different youngsters, who usually don’t have so much to do with each other, connect. And we only had two instances of people falling into the water!

The biggest thing this month was definitely malev, the working camp, that lasted for two weeks. It is a cool opportunity for the youngsters to earn some money and have a lot of the classic summer-camp fun at the same time. My group had 12 people in total, we slept in containers close to Valga, which was somehow cooler than you’d think. On the days we worked for six hours, sometimes shoveling in the forest, sometimes painting windows or cleaning kitchen floors. The evenings were spent around the campfire. On the weekend, all teams from Valgamaa met up and had lots of fun. Each team presented their own malev-song, their flag, their own play and movie. So, we had a lot of things to prepare in the first week, but it definitely fostered our sense of being one team. I really enjoyed the experience, even the working bits, and I wish I had gotten the chance to be part of something like this when I was a bit younger :) 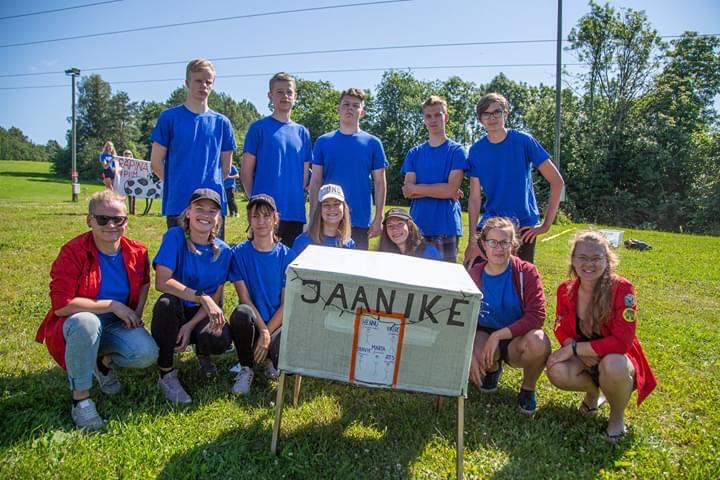 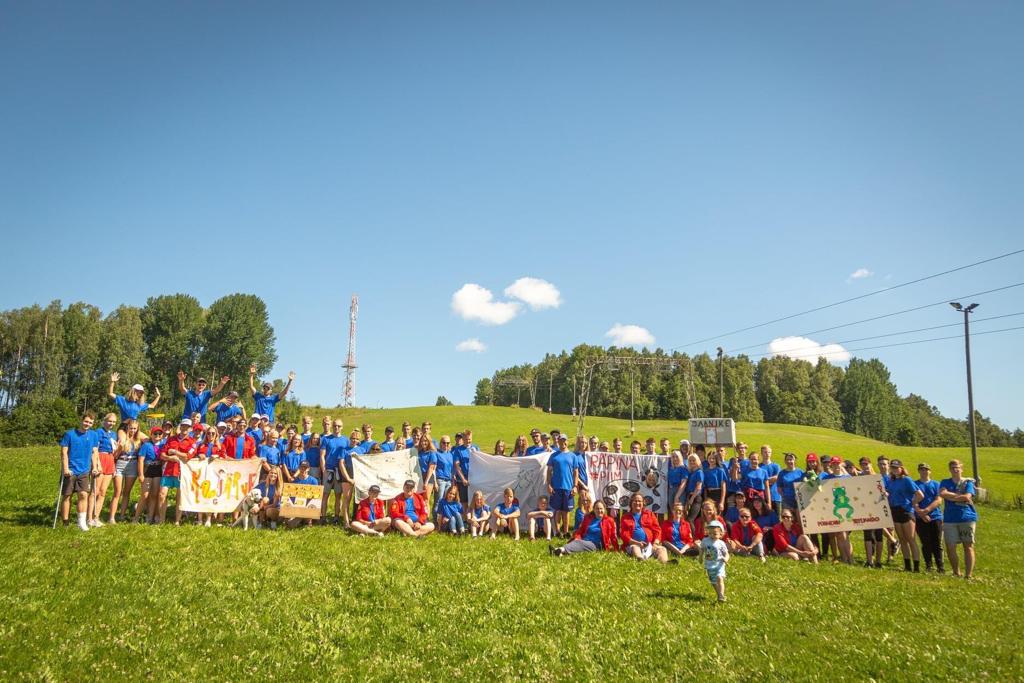 And all of the teams combined!

In the middle of Malev I left my camp for two days though, because I had another special thing. My 24 hour midterm! Basically, I had already had an online-midterm (basically an event to discuss how our service is going), but missed out on all the fun parts of that training. So the Estonian national agency decided to give us 24 hours to enjoy other volunteers' company, as well as sauna, and talk a bit about our experiences so far, what we learned and what the future holds. I am super thankful and glad that this was a possibility. 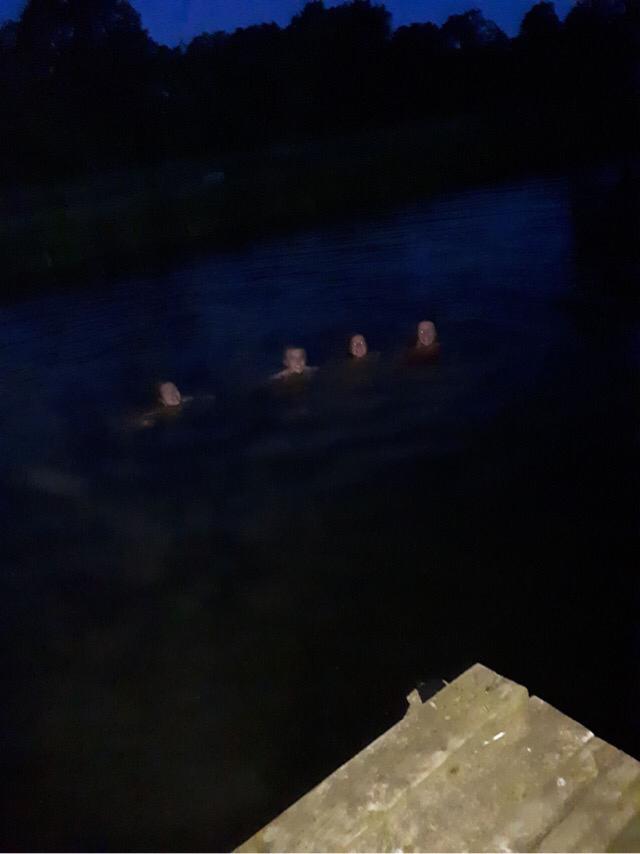 After sauna we jumped into the lake (well, some of us...haha) 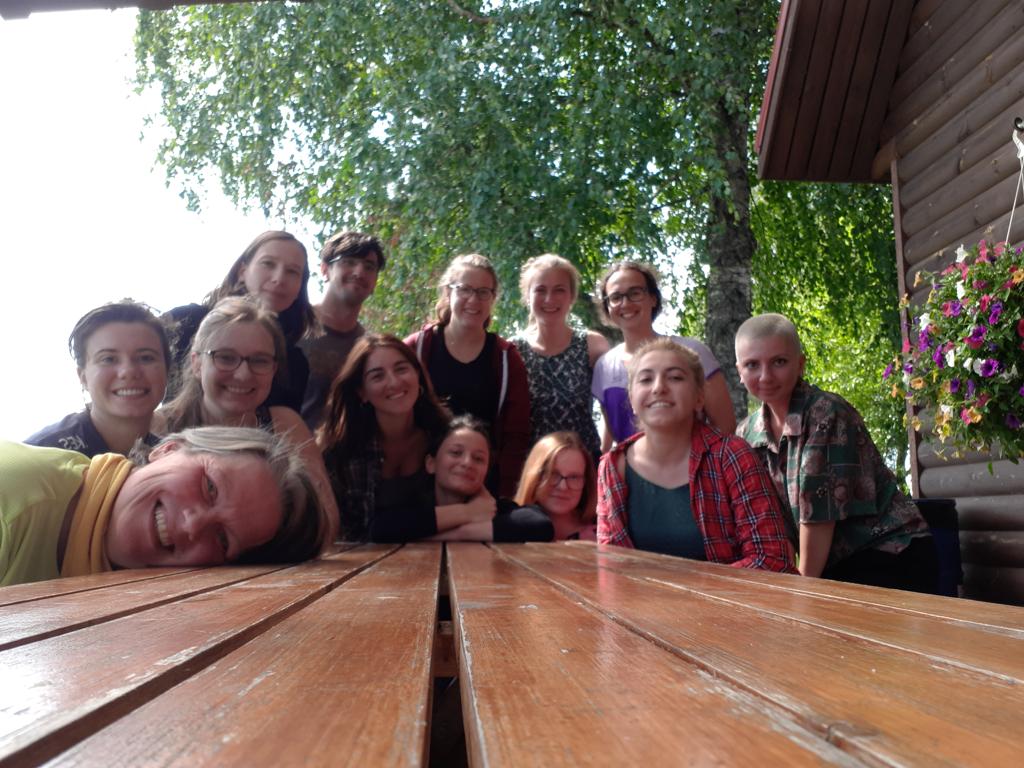 We only met for 24 hours yet we discussed so many meaningful things :)

After the two weeks of physical work during the camp, it is quite obvious what I did next… That’s right, I went on a two day bicycle trip! Urban, a slovenian volunteer, joined me to cycle to the southernmost point of Estonia, then further on to the cute Latvian town Ape and back to Hargla after a quick swimming-stop at a lake. As if I’d not had enough adventure for that week the next day I made my way to Tallinn. For one evening I stayed at a friend's place not so far from Tallinn because she celebrated her name-day. I’m still just so jealous of her, just because she lives right by the beach. Close to Tallinn (around 1h away) there is a lovely national park. Starting early the next morning and accompanied by another volunteer, Quentin from France, I hiked for two days. We saw nice bogs, ate lots and lots of blueberries and hid from a thunderstorm in an abandoned shed. While of course I was a bit tired after, it was amazing to spend two days straight just in nature, and I wish we could’ve stayed longer. 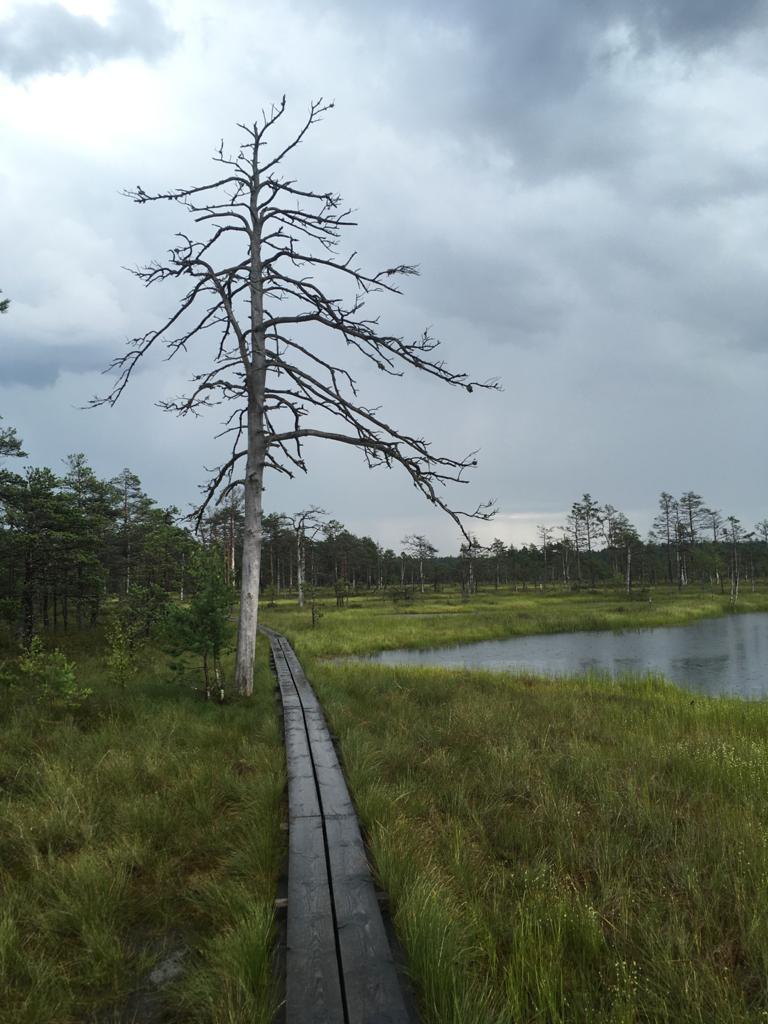