I think March was dominated by one thing for most people: COVID-19. So probably everyone's a little tired of hearing about it, but well, this has also been the craziest thing that happened to me this month.

March also brought other things though:

We had several cool events that were organized by youngsters. One boy wanted to talk about the future of the youth centre, which I think was an awesome idea. There were surprisingly many participants (maybe due to the fact that we made pizza?), and everybody had something to say. I just wish we could actually make every single one of their ideas come true…. 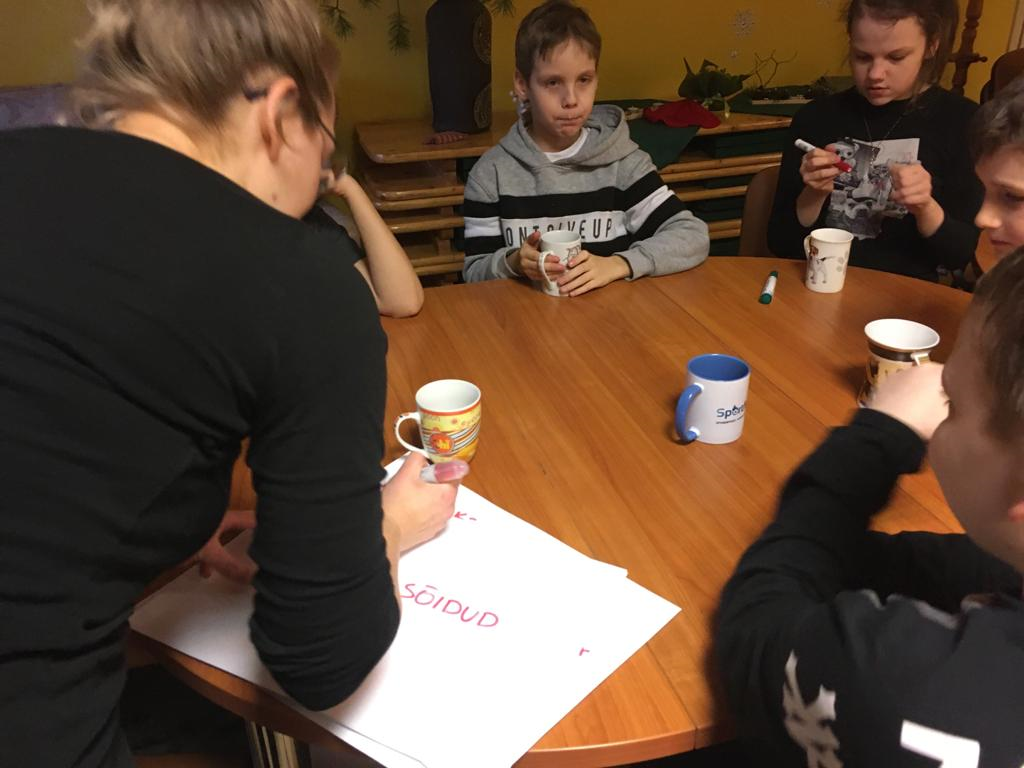 We also had a disco, with some dancing games and one of the youngsters as a DJ. In the youth centre we actually have one of those disco balls! And, I nearly forgot about it, but something rather crazy happened: We received about 200 ice creams. The youngsters took part in a competition and for participating each team got five boxes of ice creams. And we had two teams from our youth centre. The kids were understandably super excited, the only issue was the lack of freezer space. But we worked it out, and everybody had more than enough of the ice creams. 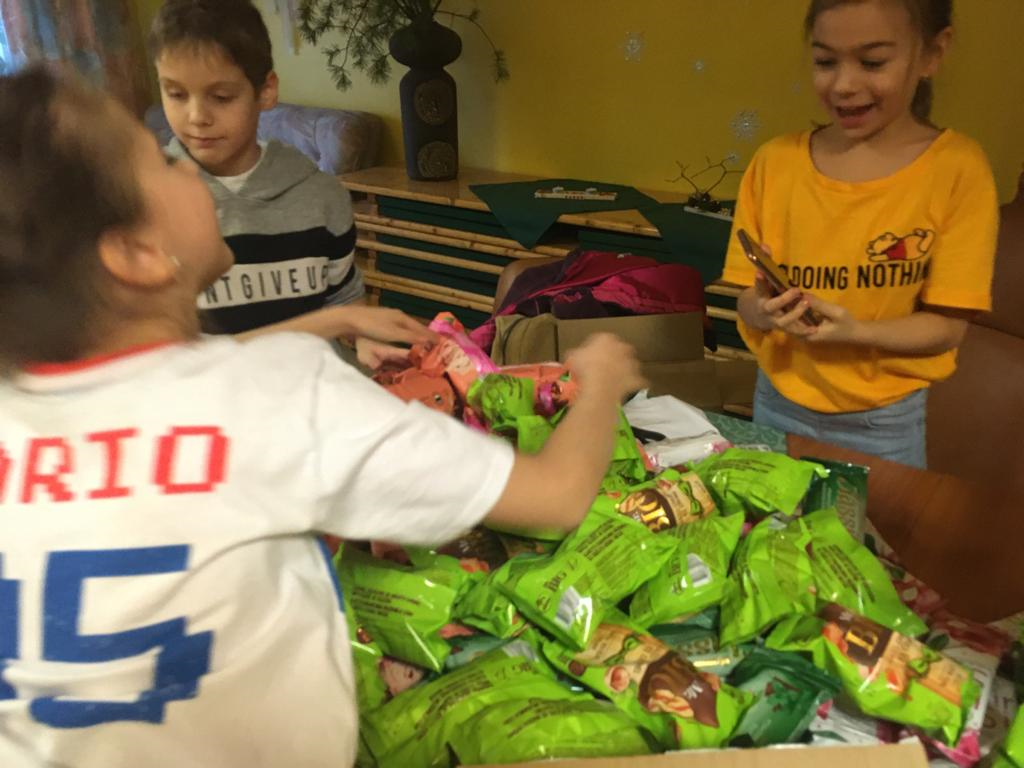 Another exciting thing was the visit of Melina, last years volunteer! She stayed at my place for one night and it was quite strange for me to meet someone who I had heard so much about. It was really lovely for her to be back and all the youngsters were really happy to see her again, too. For me this really showed that she meant something to them, so I hope it will be the same for me. And I hope I will have to chance to come back and visit next year too.

We had another big event in the culture house, the manor party. All of the old ladies of the country-ladies-club and everybody living in the region dressed up according to the topic. Our dance group had to perform too, of course, as well as the folkbänd. We even danced to folk-dances. 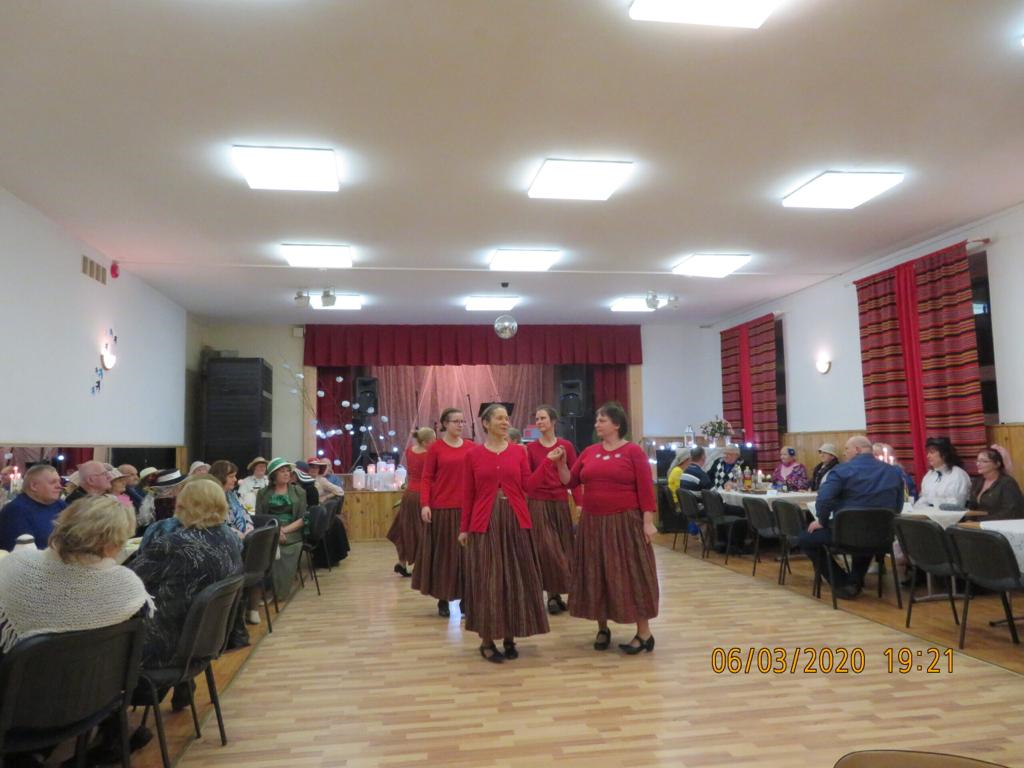 On the weekend I had another visitor: Urban, a Slovenian volunteer who works in Tartu. We spent saturday and Sunday on bikes, exploring not only the region, but even Latvia. We visited the small town of Gaujiena, which is the closest Latvian town. It was interesting to see the difference between the two countries so directly. We had extremely nice weather in those two days, Urban even said that it’s unfair that I live in a place that has so much sun compared to all other parts of Estonia. But in reality, it was just the beginning of spring! 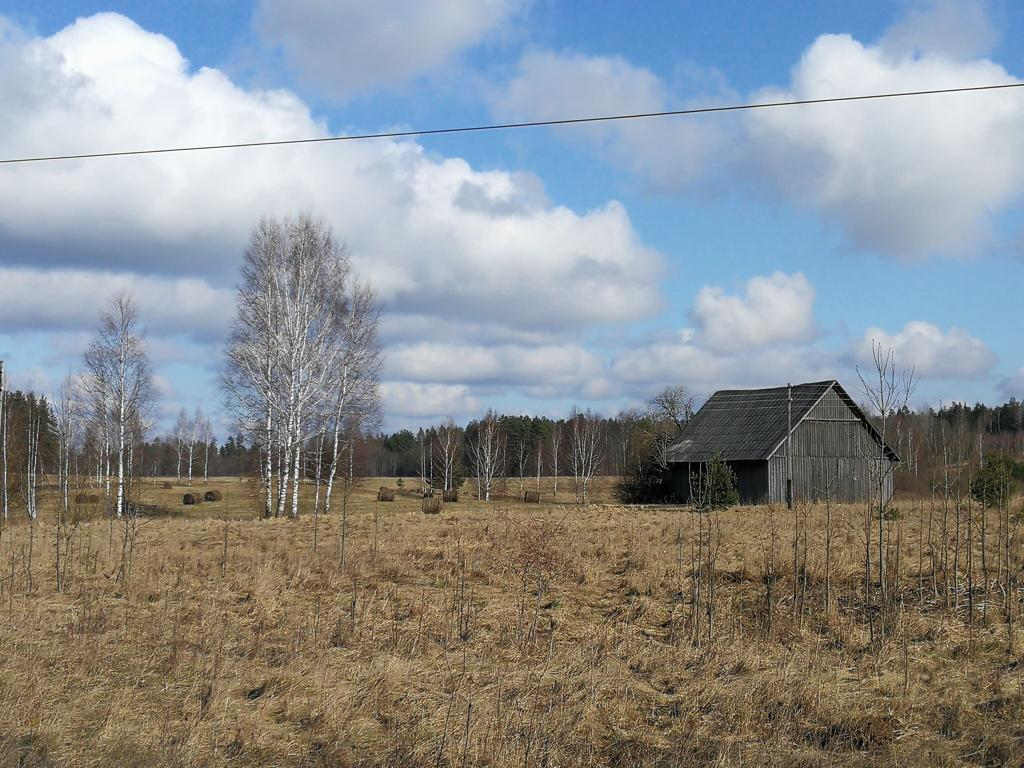 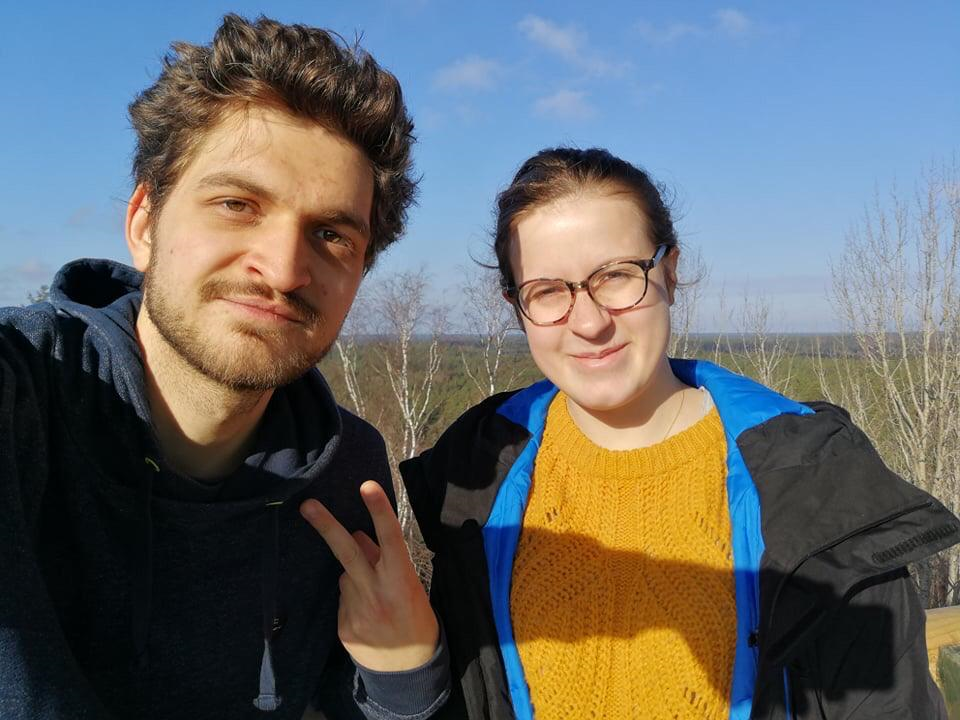 Urban also did this months culture evening, with a lot of stunning nature pictures. So now of course I really would like to go to Slovenia. I mean, they have the alps and the sea?! 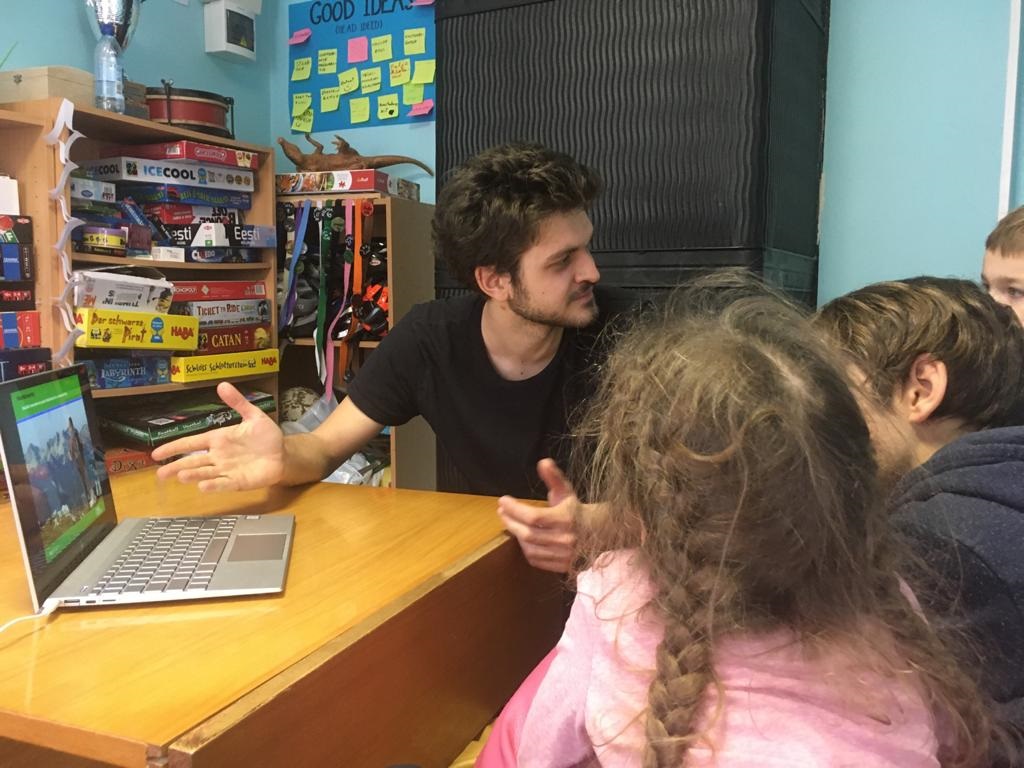 Basically things started to go downhill virus-wise from there. So technically I had planned to got to Italy this month, but for obvious reasons I didn't go. Next, the plan was to go to Hungary. Then Hungary closed its borders. So my boyfriend, who I wanted to travel with came to Tallinn. Then, the evening that he arrived the news got out, that Estonia was also closing borders and cancelling flights. To put it short, we both decided to leave to Germany the next morning.

So now I am sitting back in my bedroom in Germany, surrounded by family. I think after all it’s for the best. But I definitely will come back to Estonia! It depends on the situation of course, but I hope it will be in May already… 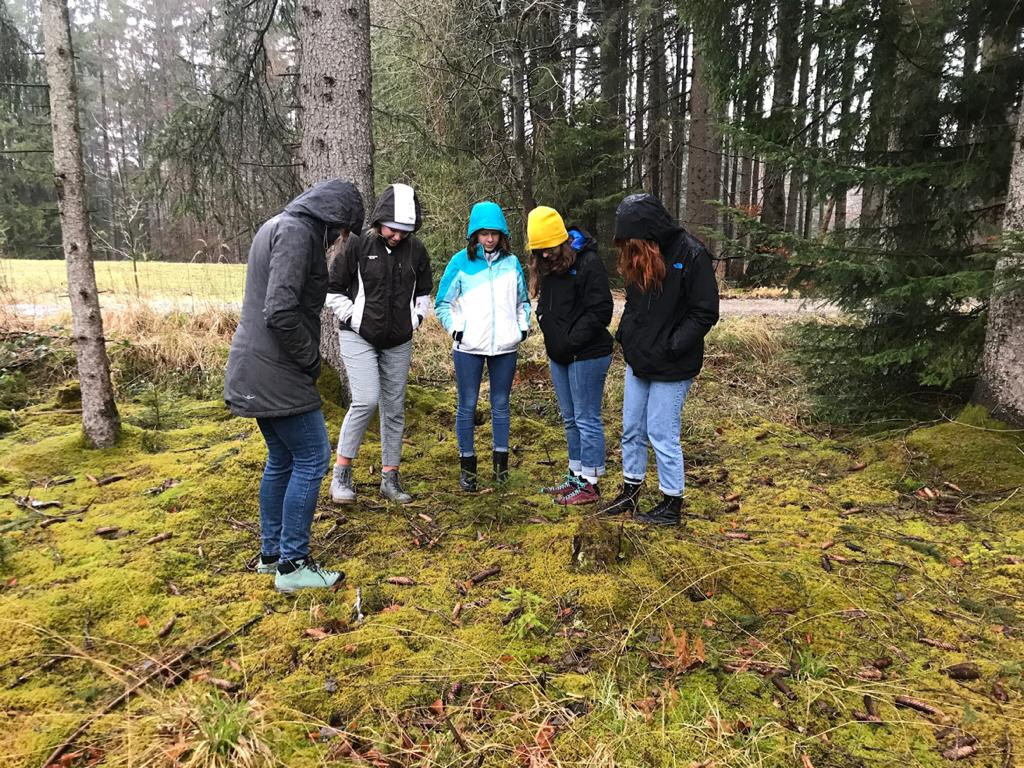 With my family in a German forest (yes, we have them too!)

I am still working, we set up an E-youthcentre on discord and also have competitions on Facebook and Instagram.

A big thank you to Madli, my tutor and Rasmus for helping me in these difficult times and giving me the opportunity to work, even whilst being far away.