ESC blog: Hiking in the dark and other scary stories (Hargla)

I can’t quite believe it but half of my time in Estonia is already over.

In the beginning of our service we had to write a to-do list with 100 things on it. And despite the fact that I put some very easily achievable things, I still am far from reaching half of my goals. What does that mean? I will have a very busy and adventurous second half of my time here. I already have so much planned for the next months, I can’t wait for the sun to start shining again and with that my energy levels rising too . But too much talk about the future doesn’t help, so let’s talk about my last month. It has by far been the busiest month so far!

Some youngsters from our youth centre had decided to plan their own event, an “atv safari” close to Pärnu. I was surprised that they were even allowed to drive on these things, all of them being way too young to drive a car. It turned out that I was not naturally talented to maneuver these vehicles in the mud. Approximately five seconds after I started driving I got stuck. I later said I wouldn’t do it again but it was cool to do it one time. The youngsters’ opinions differ from mine: They really want to go again and this time longer than 2 hours. They were also all significantly better at driving the atvs so that probably explains why. 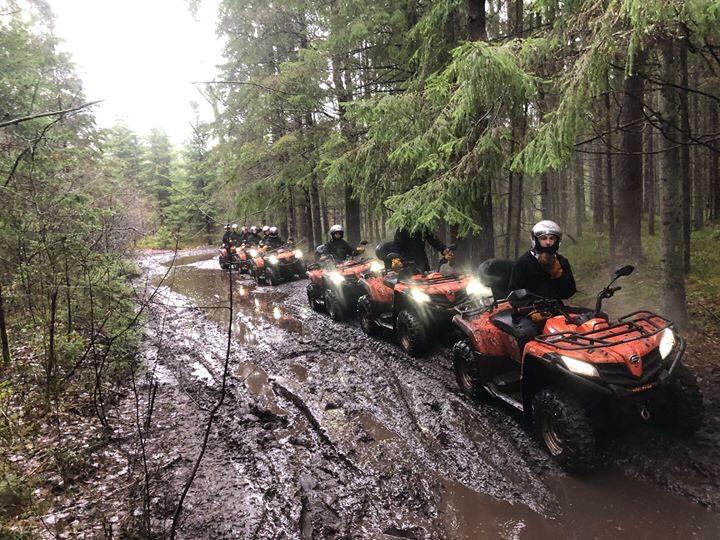 I had another unsuccessful experience this month: I planned a treasure hunt, I was quite proud of my clever hints to different locations in Hargla. Well, my hints turned out to be confusing and frustrating. The kids still got their prices though, so they weren’t to sad about it…

Now onto the more positive side of things: Estonians celebrate Valentine's day as “friendship day”, so it is not as horrible as everywhere else in the western world. Everybody at school received a friendship card and they all ate cake. We did some crafting related to the topic, we borrowed the button-machine from the youth centre in Valga. We made friendship-fridge magnets, but also decorated picture frames. The youngsters didn’t seem very excited in the beginning, but later on they got really into the button-making. Even on Monday they wanted to make more!

The culture evening this month was by Ronja, who is from Austria, so it reminded me a lot of German culture. We even made “Kaiserschmarrn”, which didn’t taste exactly like the one my mom makes, but it still tasted like home.

If you remember from my last blog, Kendamas are very popular with the kids right now. So of course we had to have a Kendama competition to figure out who was the best at several quite crazy looking tricks. I can still only do the most basic move, so I was again very impressed by the abilities of some of the youngsters. 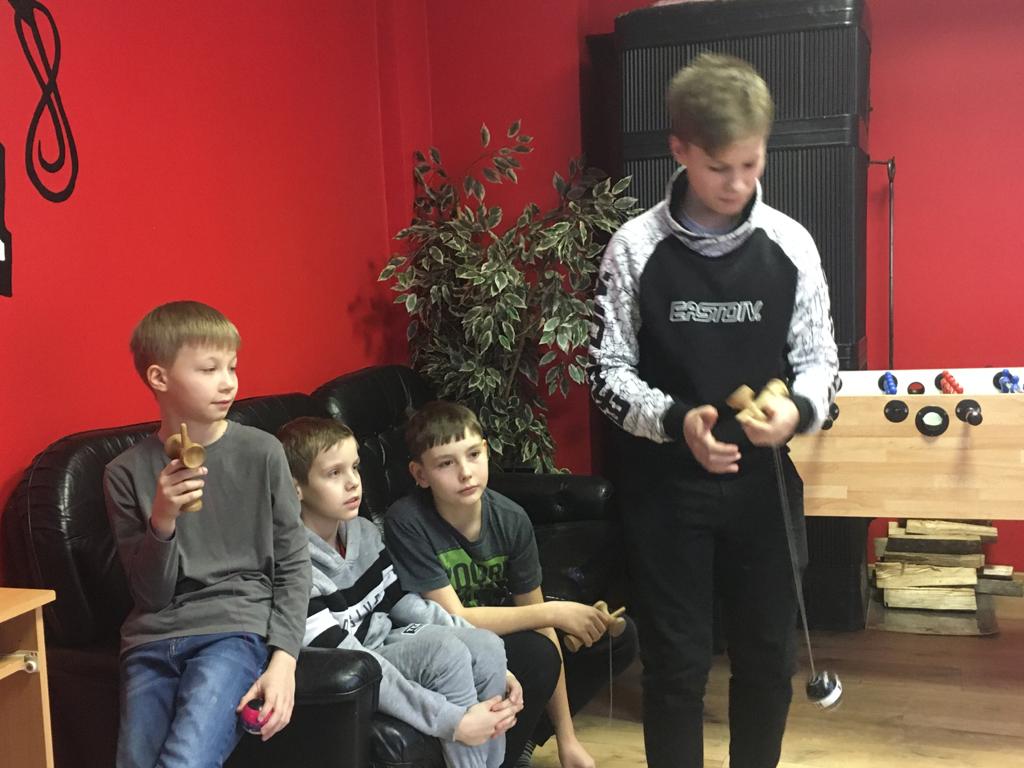 I don’t quite know why I found it out just now, but there is a floorball team in Valga. I used to play field-hockey in Germany so naturally I got very excited when I discovered this. I have only been to one training for now, but it was quite cool and had some actual estonian people in my age (who knew they existed?!)

A very special event for Estonians this month was the national holiday, the birthday of Estonia. For me it was a little strange to see so much patriotism, since in Germany that is justifiably not a thing. I went to a night hike in the night before the holiday. It was around 150 people walking through a dark forest and along the beach. When we stopped to make a fire and eat warm soup, we also sang the estonian hymn. It felt nice to be a part of something like that. The next morning we woke up to catch the first train to Tallinn, where we watched the flag being raised at sunrise. We were very tired, but it was worth it. sadly, I didn’t get to see a lot of the big military parade because I had to take the train back, but I saw some tanks in the romantic streets of the old town and that was enough for me. In the evening Jandra, a member of the eco-community invited me and some others over for dinner to celebrate some more. 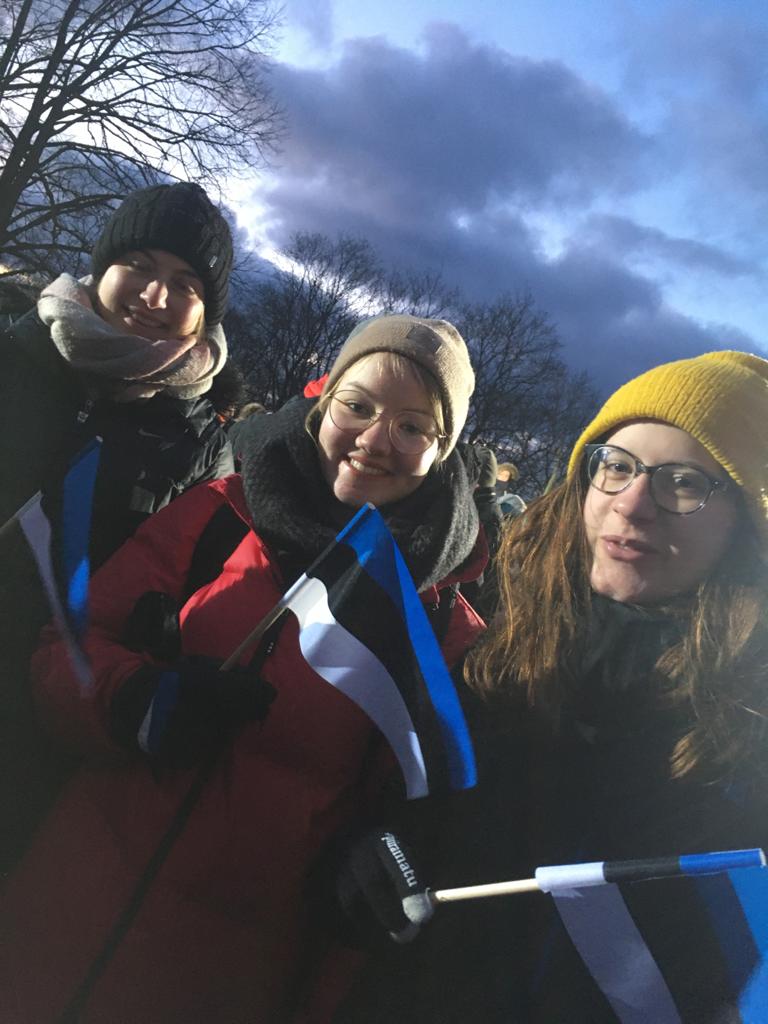 On another weekend one of my volunteer friends, Julia, visited me. We went on a hiking trip through the nature surrounding Hargla. There is one really cool river close by - mustjõgi. We walked along side that in the snow and we even discovered a lot of animal prints. sadly, even though she’s a scout and should know better, we couldn’t identify all of them. We heard some very strange noises too and we suspected that it was a big animal (maybe a moose, maybe a hog?). We never got to see it and quickly became a little scared, so we continued on our way. I found out later that someone had seen two wolves not far from where we heard those noises, so that might have been the source. 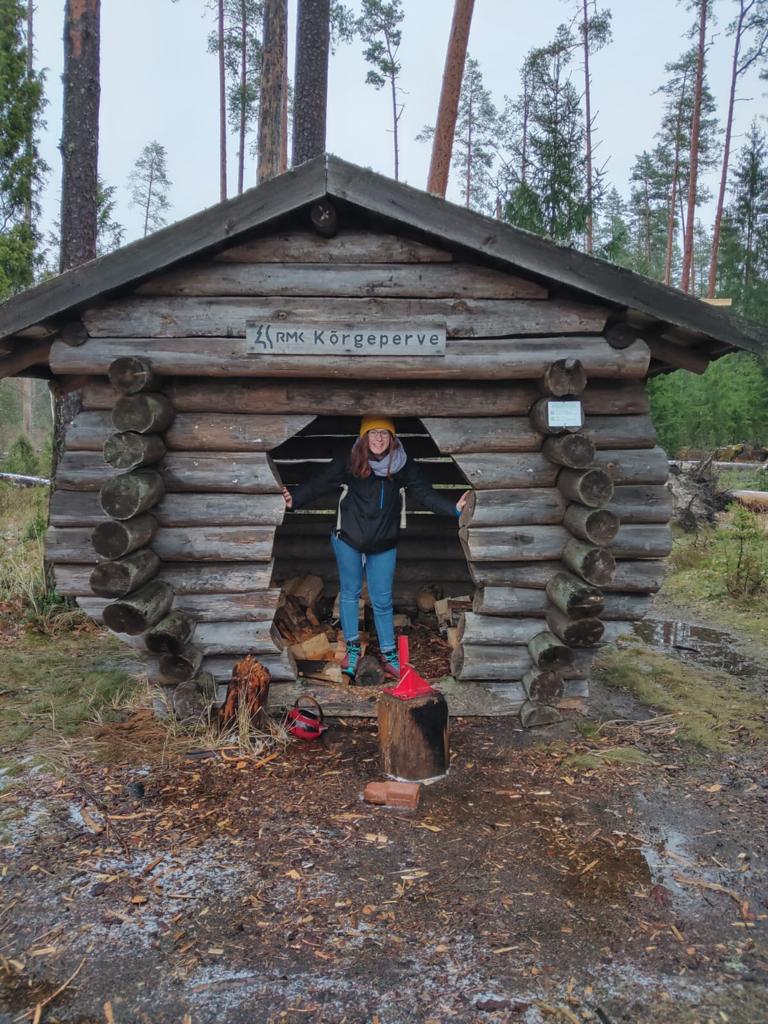 I also went to Helsinki! It was rainy and stormy and way too expensive, but also I really liked the city. We visited the unesco heritage site that is on an island just 15 minutes from the city. It is an old fortress, but there are also around 600 people still living there, which was fascinating to me.I also was absolutely amazed by the new library in Helsinki: They had 3d printers, small trees and an interactive section about the EU. I could have spend hours in there and it seemed like local families did: I saw one group of people having a full picnic, even with cake! 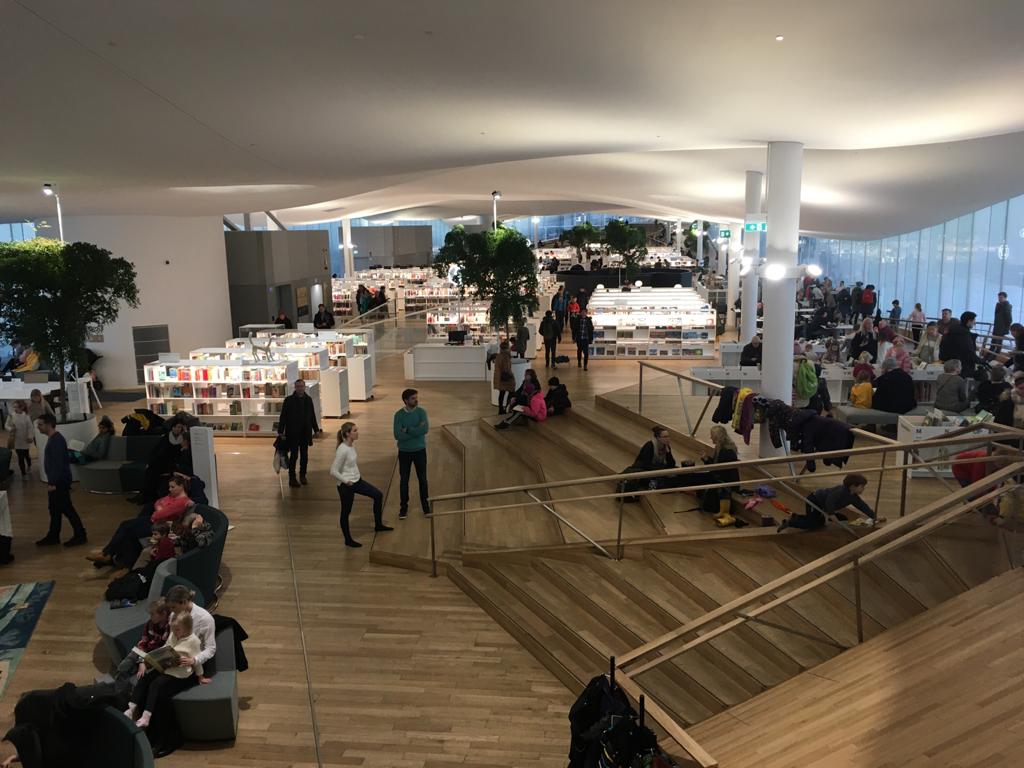 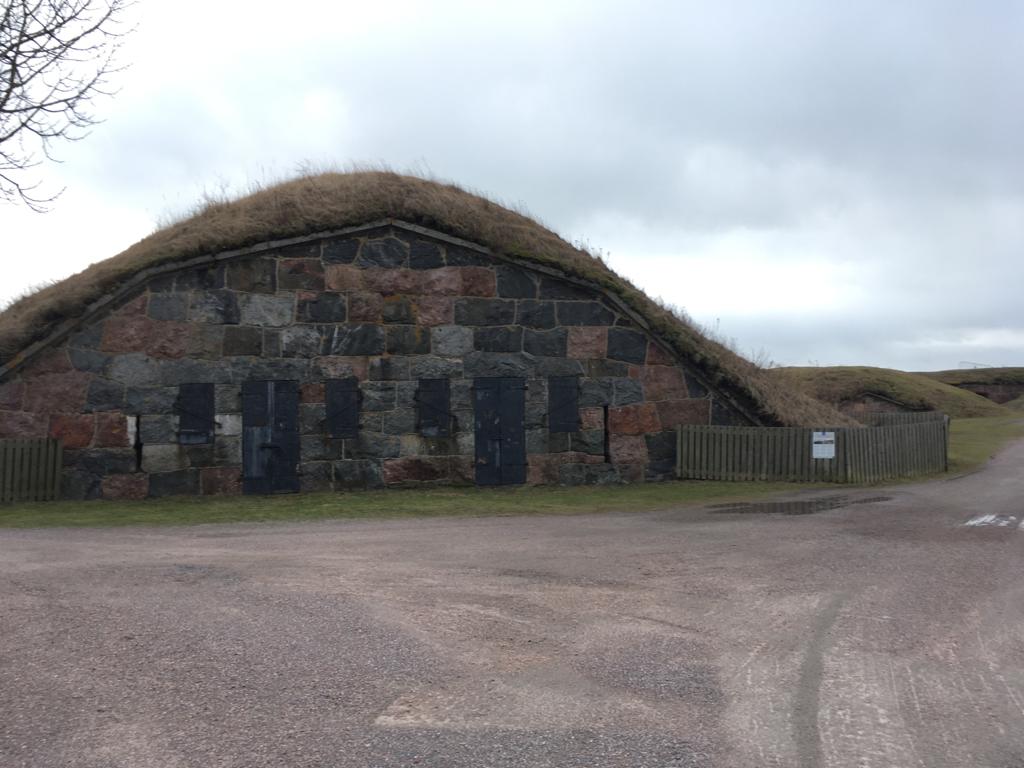 On the island (Suomenlinna)

The next week was the school break, but it wasn’t really a break for the youth workers. We had a overnight stay at the Valga youth centre, where we made pizza and around 5000 braids. Then, we went on a hiking trip. Ronja and I wanted to bring our youth centres together, but only one youngster from her youth centre joined in the end. Nevertheless it was really really cool. Unexpectedly there was quite a lot of snow and it was fairly cold, but the youngsters still ran around and had snow-fights. We stayed overnight in a forest hut without running water or electricity, where we had a bonfire and heard a lot of scary stories. Who would have thought that there used to be an orphanage in valga youth centre, where kids sometimes still see scary looking children play in parts of the building…. 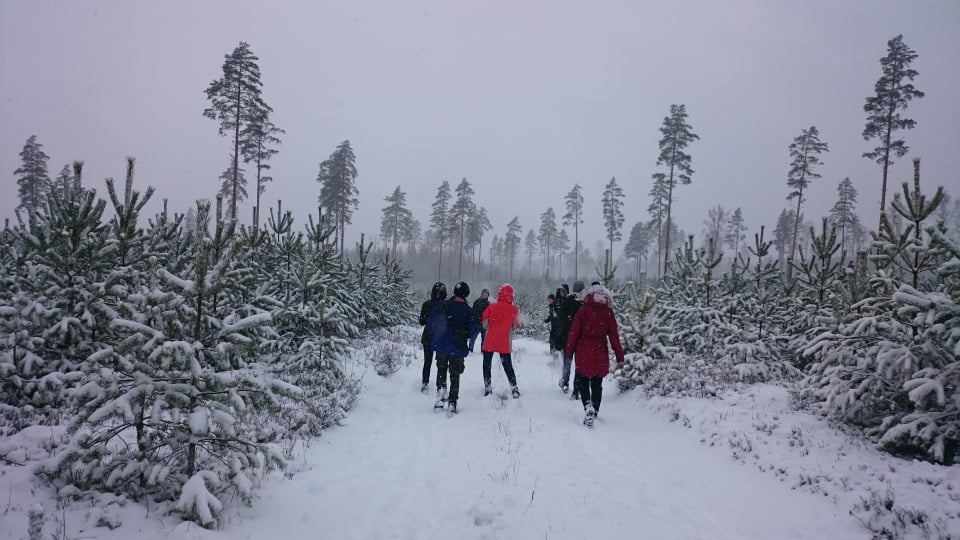 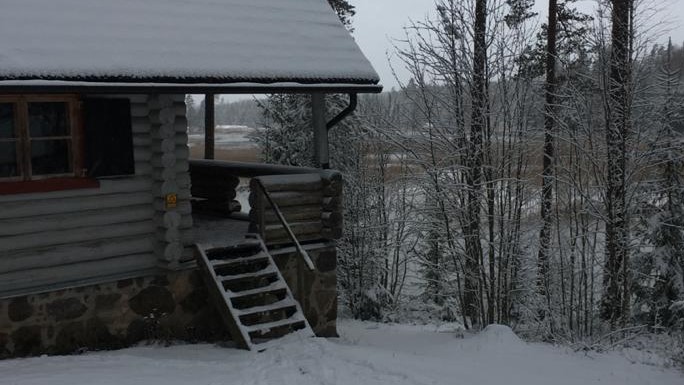 To end the month, we made a trip to Tallinn to see the “Eesti Laul”, the Estonian competition of who will represent the country in the Eurovision Song Contest. Our youth centre received free tickets for the final rehearsal. Ronja and I both didn’t like the songs too much, but the songs at eurovision aren't ever really good… (also I listened to the German songs and I think Estonia is going to beat Germany) 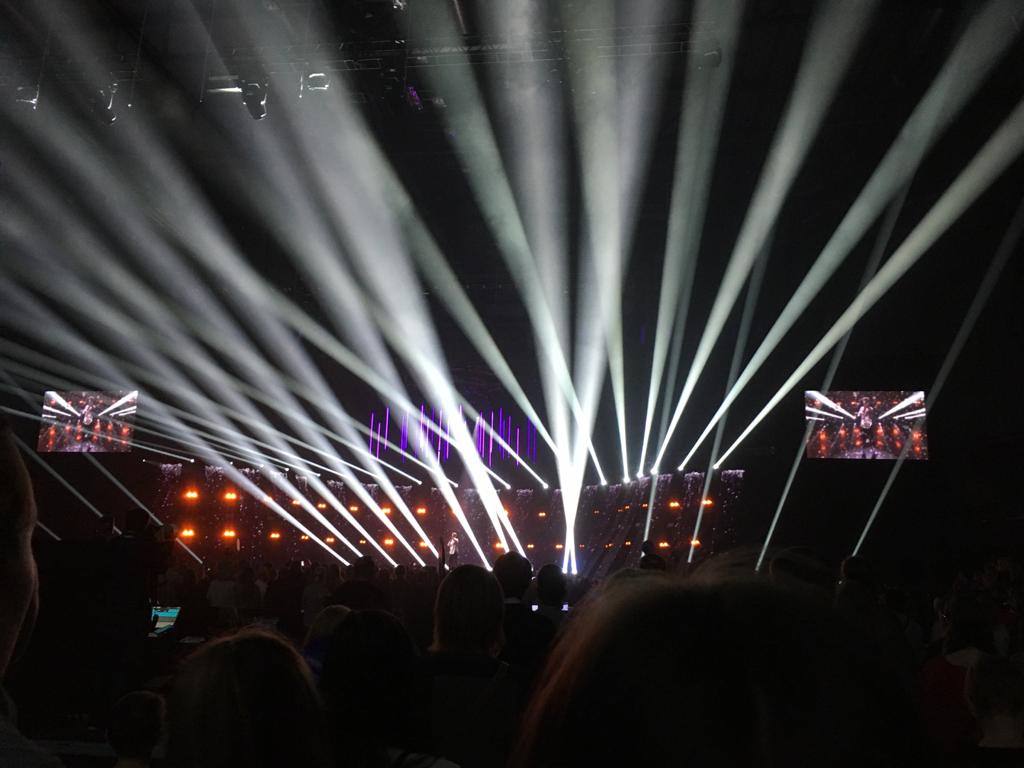 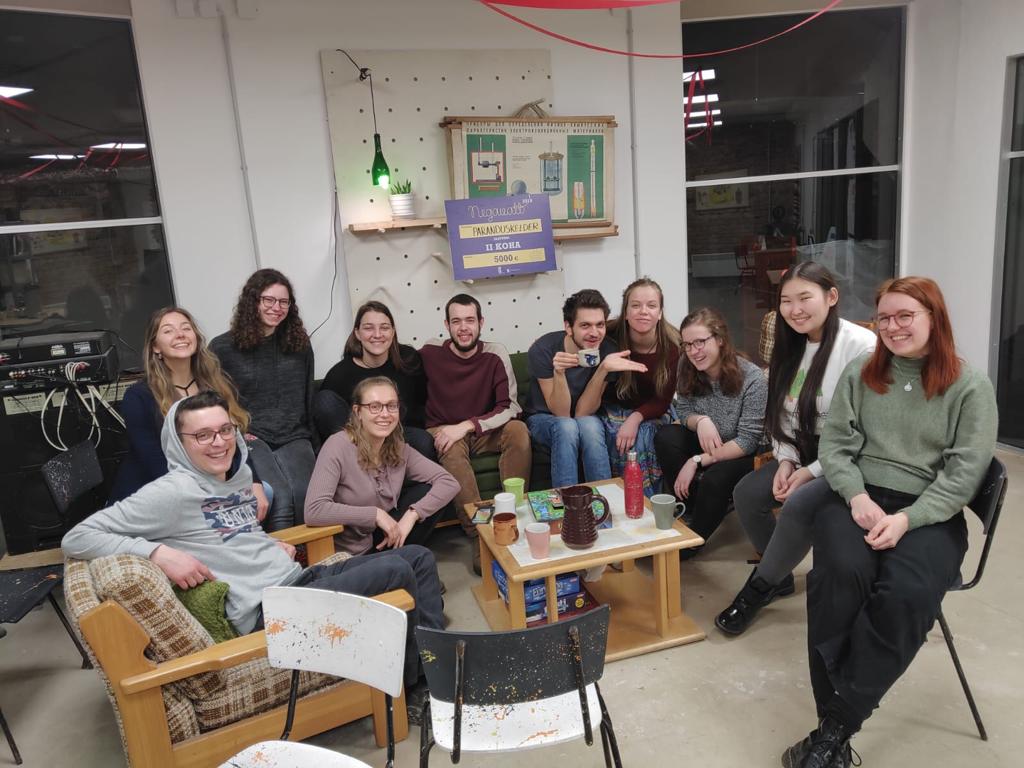 I also had a lot of opportunities to hang out with other volunteers!