Febuary, the month with the first real and actual snow here in Estonia, the month full of activities in the youth center, like a hiking trip and the month of spending time with some relatives and of course, like always, quality time with my volunteer friends!

It was an exciting time with lots of adventures, new experiences and news from my home country Austria!

So, as you may recognize, I cannot really complain about my life abroad. However, one thing that I realised this month was that I just have only about three months left here in Estonia because I got a job opportunity in Greenpeace in Austria! This was or still is, such an exciting message I got the last month. I became aware that now I just have to enjoy every single moment that I have left..

Anyway, now to the things that happened in Febuary: Let’s start:

The second month of this new decade started with a cultural afternoon in Hargla youth center. I tried to give some interesting informations about my home country Austria, to the children in the youth center of Hargla. The most popular thing in Austria is probably the so called „Kaiserschmarrn“. And therefore, I had to make it for the children as well. Thankfully, even though it was the first time that I baked this sweet dough on my own without any help from a good chef, like my dad, it turned out pretty good. And of course the applesauce could not be missing. Overall, I have to say that I liked it, to spread the austrian culture in Estonia and also the idea of monthly cultural events in the Youth Center in Hargla. 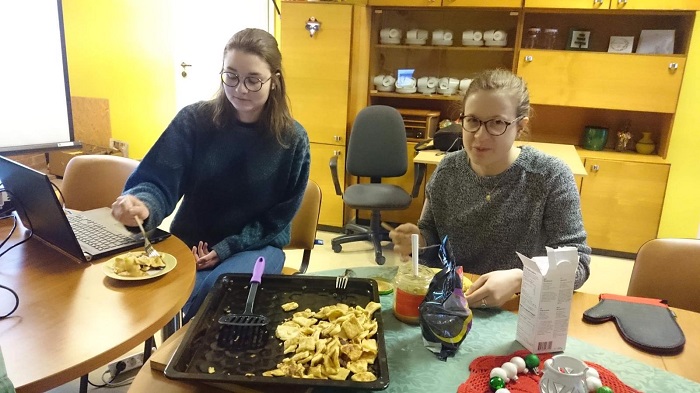 What is more, the life in my youth center was also quite active in Febuary. The regular clubs are still taking place every week. In the crafting club, for example, we made once T-shirts with the youngsters and it turned out surprisingly good. Firstly, the kids had to draw their ideas on a paper to avoid weird results and it was a success :) Basically, the children are a very creative group of young people which is very nice to watch. 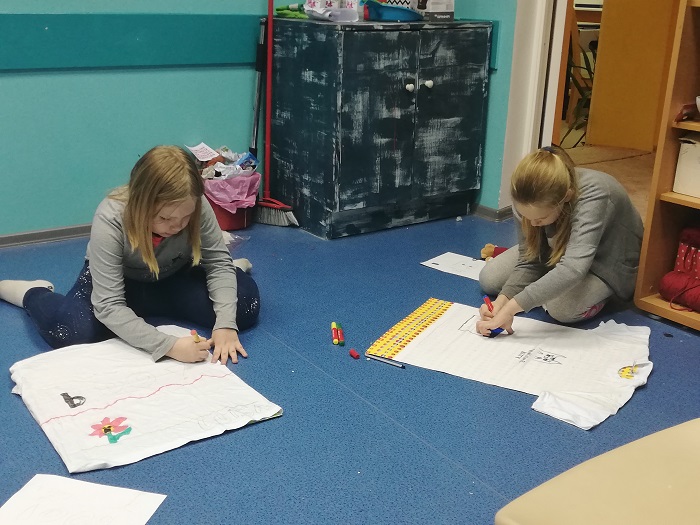 But not only in the crafting club the kids showed motivation, also in one cooking club where we made french fries, sounds quite easy and fast but you have to know that we had to wash the potatoes, we had to cut and peel it... – so one reason why we really enjoyed the french fries in the end. With the recipe from another volunteer, Vili, we baked a cake. Also again, it was tasty and everybody liked it. 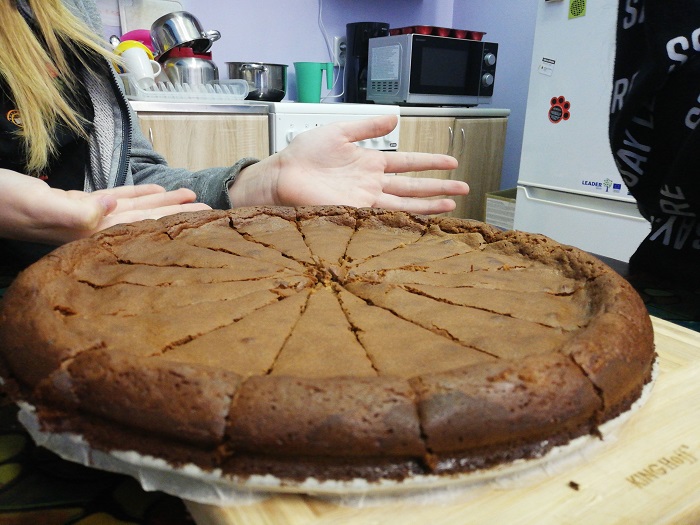 Furthermore, one surprising thing happend this month as well. While in Austria we normally celebrate the Valentine’s Day just if you are in a relationship, here in Estonia it is completely different, as I got to know. It is more like a friends day. So, because of that fact, we also had to do something in the youth center on this special day. Simply, we watched a movie about relationships and friends – the perfect topic for this day. In my opinion it is just a nice tradition to also celebrate with friends on this day and to be thankfull for your friends so therefore my plan is to bring this tradition also to Austria in the next year. :) We will see if it will work..

In the end of Febuary another event happened with my youth center, this time a very sportive activity. Together with the youth center in Hargla, we had a hinking trip near the area of Kooraste. In a winter wonderland, also with wet shoes, we hiked from Kanepi to our hut around Kooraste. It was actually quite a long hike. Because of the coldness, we had to reach our warm hut as fast as possible. With snowball fights and funny story telling, the youngsters had a good time in the nature, at least I hope so! After this, also a bit exhausting hike, we arrived finally in an already warm and cosy hut, many thanks to Vallo who already prepared everything in this house including a warm meal and tea! We tried to warm up again – with success. One game we played, for example, was the choclate game. While you are wearing warm clothes, like a hat, gloves and a big scarf, you have to cut choclate and eat as much as you can from the chocolate. During this process the other people in the circle are trying to get a six on the dices because with a six you can eat the choclate, but, important to mention, just with a knive and a fork, so pretty difficult ;) In the beginning of the hiking trip we also played one game called „the murder game“ where you get to know each other a bit better and I think in the end of this hiking trip, we had such a great community. 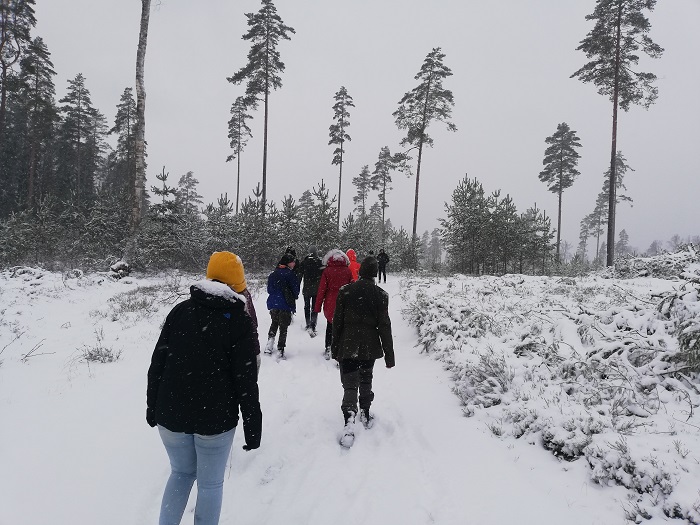 Telling scary stories and exchance traditions from Germany, Austria and Estonia around the bon fire was also part of this evening after the long and exhausting hike. I have to admit, after those really scary stories, I was a bit afraid of going in the darkness, in the middle of nowhere, in a forest, like we had it at our hike. After a short night of sleep, we had a good breakfast and than it was time to pack our seven things and avoid to forget things in this nice and cosy hut we booked.

I hope that everybody enjoyed being in nature and maybe someday in the future we could do a trip like this again. The most important thing I learn during this hiking event is probably that I do not have to plan and think about every single minute because a trip like this is, in my opinion, funnier and more adventurous if it is more spontanious. At this trip, I had the feeling that everything went very smoothly which made everything easier and much more comfortable.

Besides all those activities from the youth center, I also participated again in the meeting of the ESKogukond in Tartu. Together we baked banana bread, learned something about dumster diving, which was very interesting. It is so frustrating how much food is landing in the trash even though it is perfect at all. The banana bread and our meal in the evening was cooked with food just from dumster diving and at this time I realised how much food we waste every single day and how much food is landing in the trash. Therefore, in my point of view, dumster diving (=collecting eatable food from the trash containers of supermarkets), is such a good way to face awareness of the incredible huge amount of food waste in industrial countries.

But now to a more positive story: in Febuary I got a lovely visit from my grandmother and my aunt from Austria! With a rented car we drove through Estonia and even Finland and Latvia, in just seven days. From Tallinn we went by ferry to Helsinki, where we visited the amazing national library and of course many other things. But the rainy weather was always with us. Also in the beautiful Viru bog in the Lahemaa national park near Tallinn. Tartu, Valga, Riga, Pärnu and Haapsalu were other places we decided to visit. The time with those incredible wonderful persons, gave me a lot of positive energy because we laughed together, had fun and also talked about many different things in our lives, which was very fullfilling. And yeah, of course it is always hard to say again goodbye to people you really like but this time it was just a see you in three months – so not a long time acually. 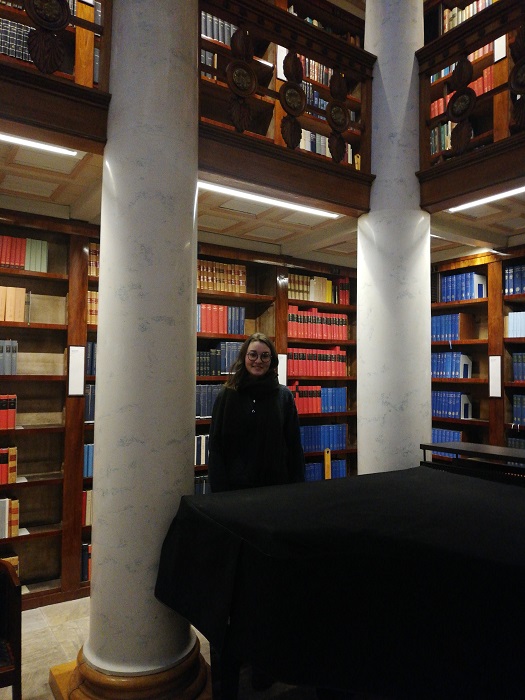 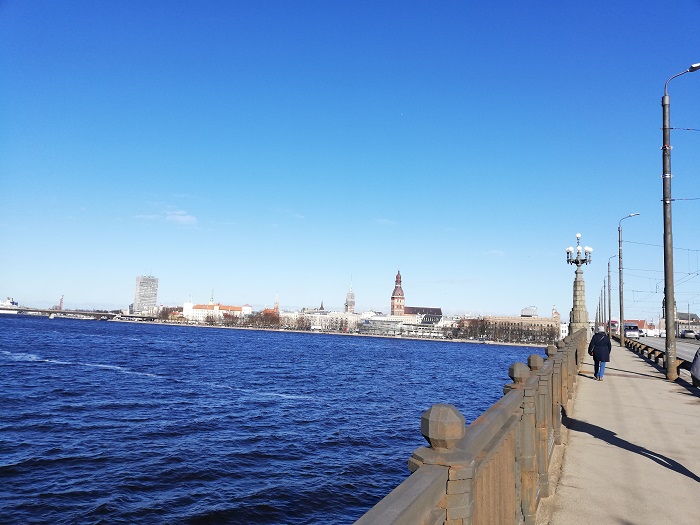 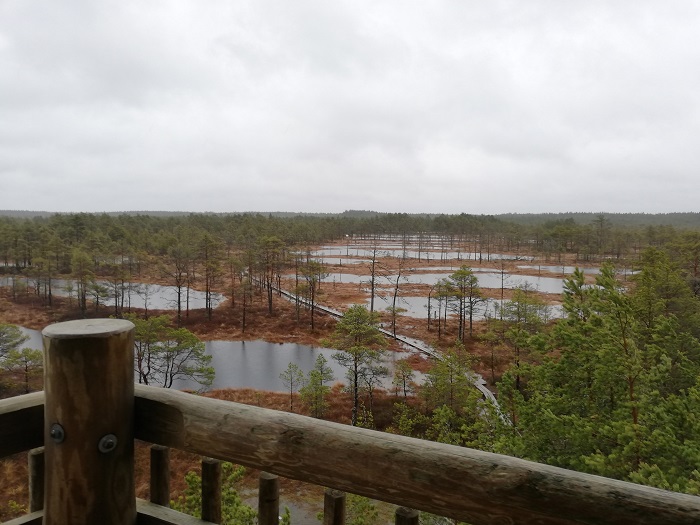 One big event the last month, which was probably one oft he main news in estonian media, ecxept for the Coronaviras, was Eesti laul. Here the estonian candidate is selected for the eurovision song contest and together with Valga youth center and Flora, I visited this final show in Tallinn. It was quite interesting and funny. Even though the songs couldn’t really hit my taste of music, but that's most of the time the case with eurovision song contest, it was a great thing which I will keep in my mind for years. 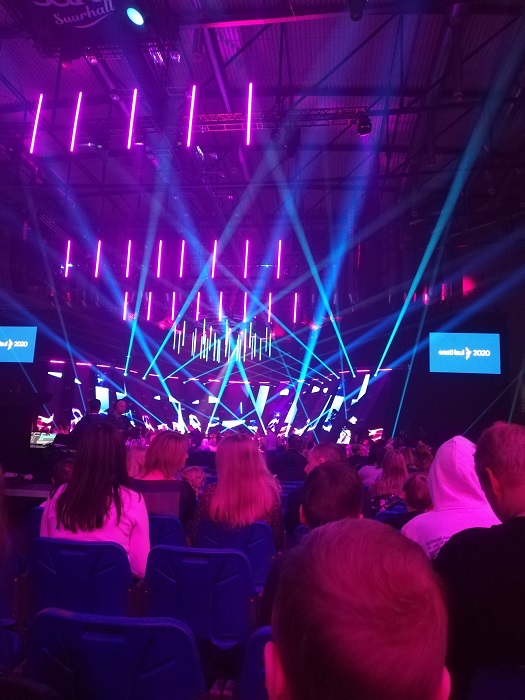