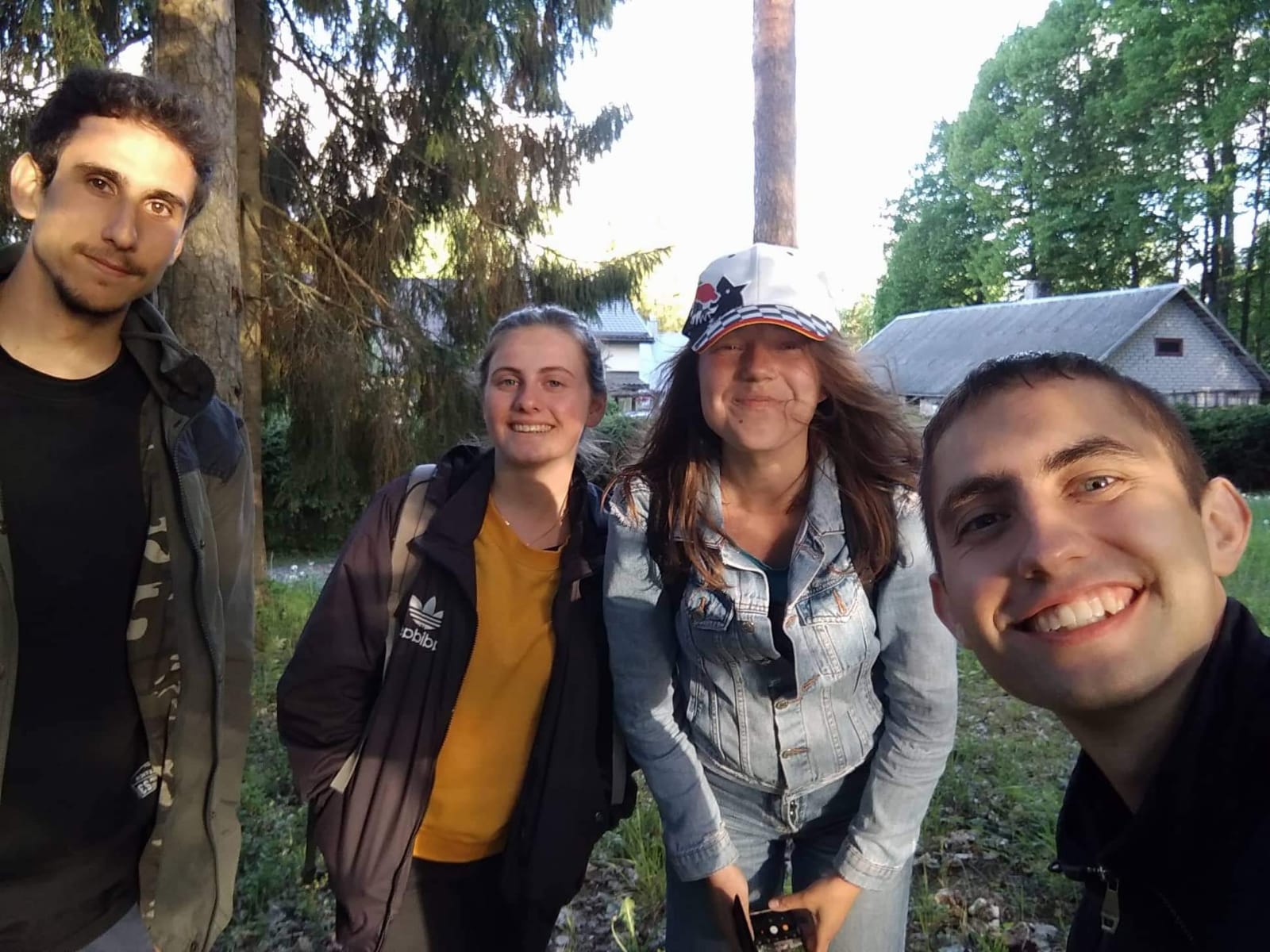 So yes, nine months already in this little and green -or yellow or white, depending of the month- country. Time really flies. An this two months left are already full of things to happens. But, as i said before, let´s talk about May.

May Sinclair was the pseudonym of Mary Amelia St. Clair (24 August 1863 – 14 November 1946), a popular British writer who wrote about two dozen novels, short stories and poetry...

Nah, seriously, let's talk about my May here in Eesti.

First of all, i want to talk about the yellow flowers that fill the fields with that bright yellow. I mean this 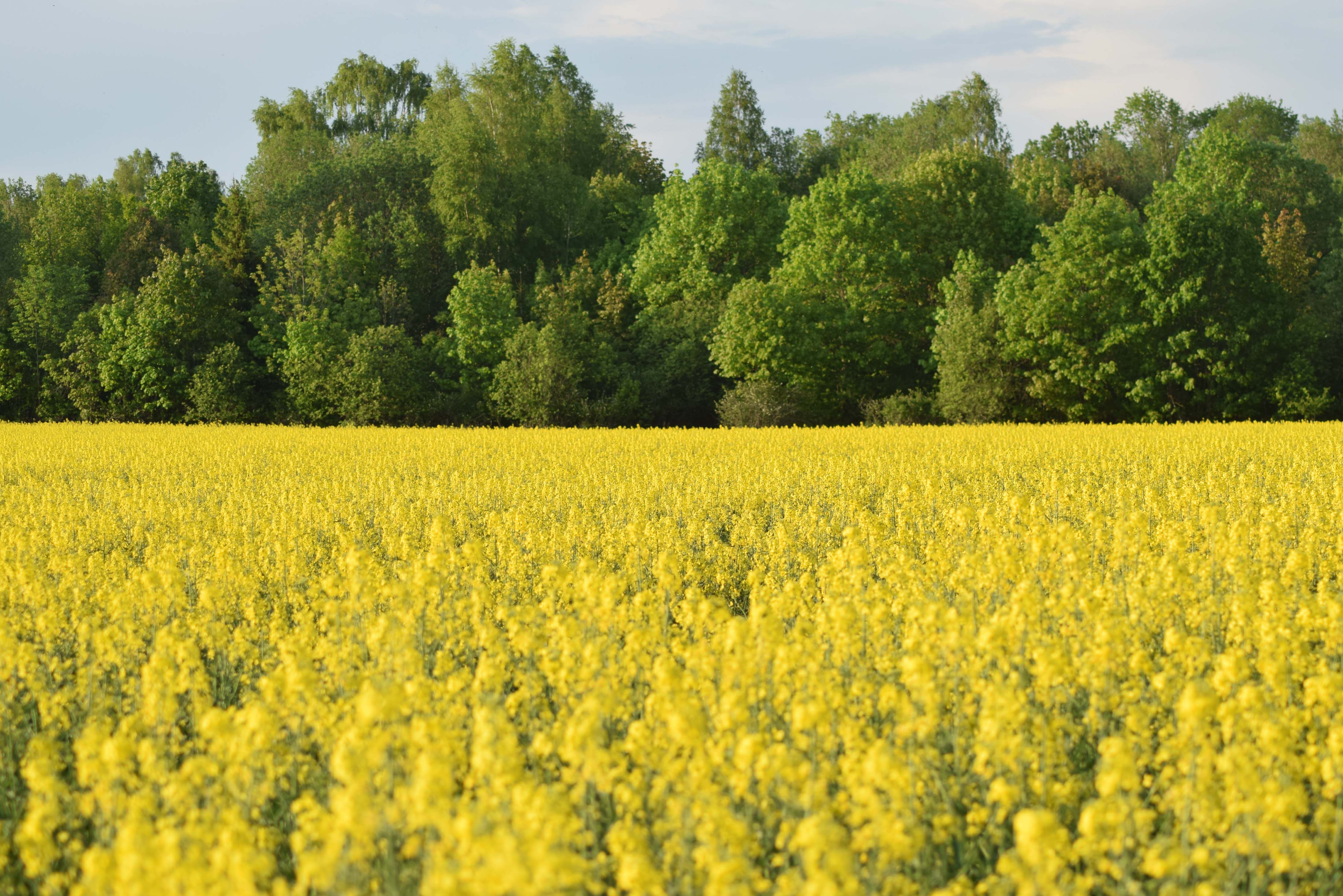 I diden´t expect all this floral beauty display, but it just suddenly happened in a few days. And the best part is that all this flowers are meant to make frying oil. They are also helping to sustain the dwindling population of bees in Europe. #SaveTheBees. Talking about bees, this month we had elections in Spain. I just wanted to mention it.

Now let´s talk about my work. How’s Ritsu doing? Well, maybe less kids because of the good weather, but it´s still enough to make things like cooking and some craftings. Sometimes we also go outside to play, but we usually come back inside when the mosquitos are drinking us.

In Ala, the kids are really learning and having fun in the Photoclub that Egon are me are doing there. 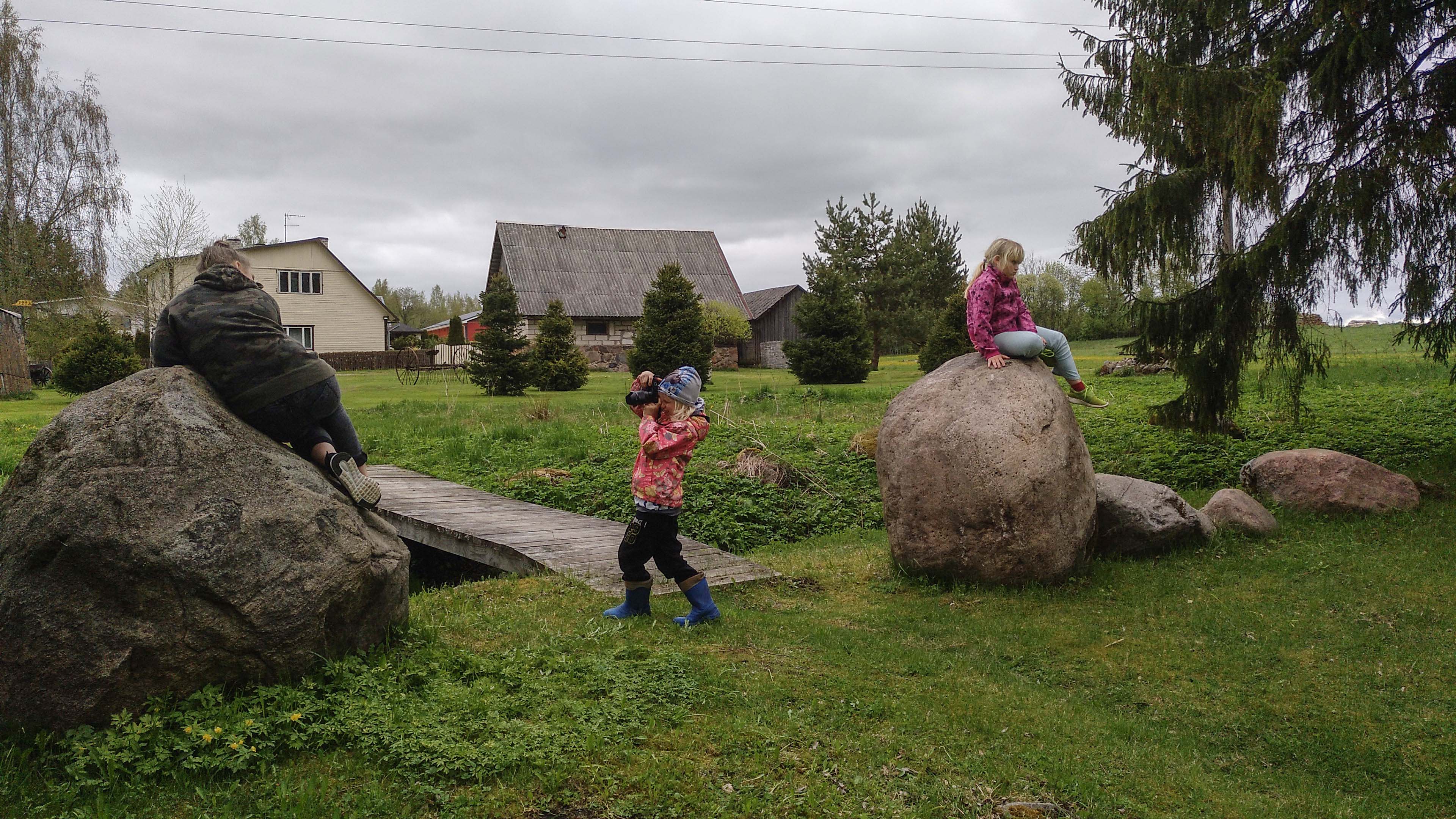 Something important related with my work here is that i’ve finished the recording part of my miniproject (the documentary), and now i’m in the editing process, which is being way longer than i expected, but it’s going on.

At the beginning of the month i also went to Tallinn to participate there as a volunteer in a music festival. It was strange, i have to say, because the performances where like, for instance, a guy throwing salt over a bunch of dried leaves. It was like an ASMR concert, or something. It was cool in some way. Later, a couple of guys doing some kind of alien music with a distorsioned violin. 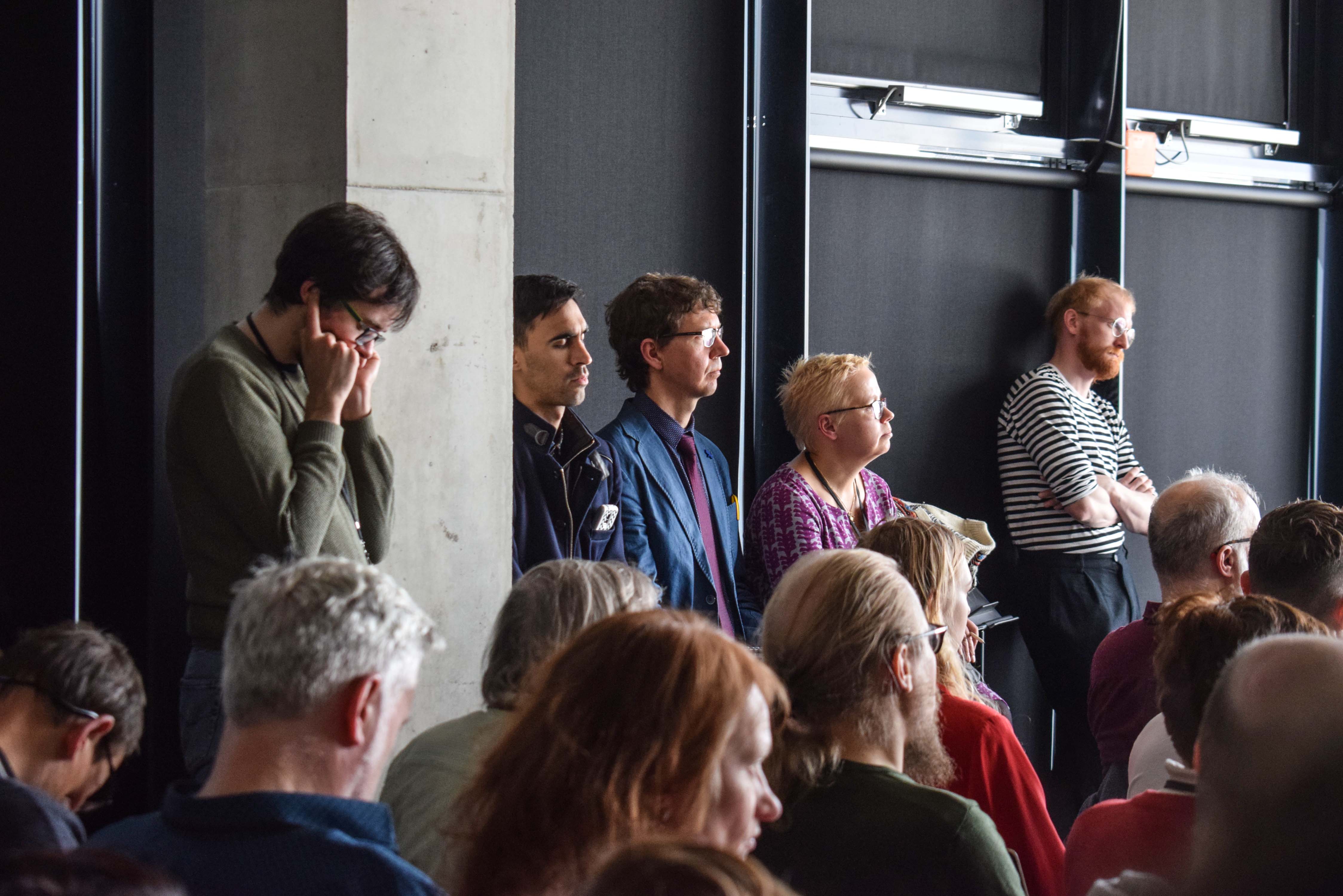 This is how people reacted to the concert

Other weekend i went with a couple of friends to Narva, a city i was really looking forward to visit, since everybody talk alot about how russian and different it is from the rest of the country. It is true that it’s different is some way, there you feel more like in the East. It was a very beautiful city and it was hard to assume that Russia was too close but too far at the same time. I remember to see a couple of ducks flying to Russia, without any obligation to have a visa or any paper. They just wanted to go there, and that’s what they did. Sometimes i wish i was a duck too. 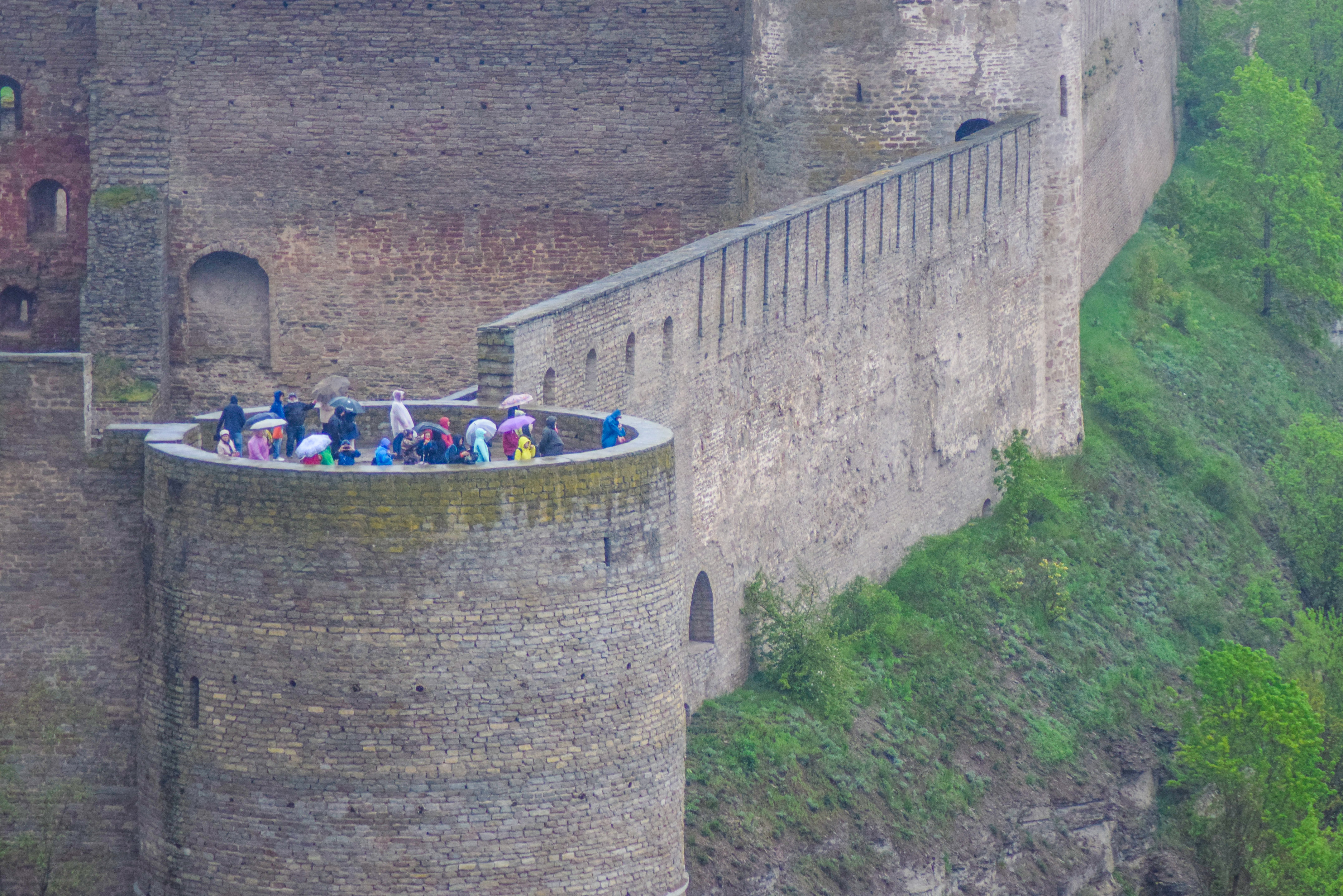 The Ivangorod fortress (Russia) seen from the tower of Narva castle

Other weekend i went to Valga because there was a big folkdance festival and my flatmates Artemis and Pavel where going to perform there. On the place i also meet with the other volunteers in the city (Vili and Selma). I had a very good day, it was very interesting for me to see all the folk dance stuff and what this folk culture means for many estonians.

In Spring there's many folk-dance events

The last weekend of the month, Melina and Katharina came to Torva, because Katharina is already coming back to Austria, and she came to say goodbye. That event made me feel event more how close i´m also to be the one who say goodbye. But it´s better not to think about that, i have to live the present. And this two months left seems to be very full of things to do.

That was my may

(Sounds funny «mai mei», like some guy from Thailand)

Ahh, that reminds me something really important: The Korean Bar in Valga.

I thought it was going to be fake (like the Latvian embassy in Torva, wich is not latvian), but the Korean Bar it is actually a korean restaurant. And the most important: It’s cheap. And second most important: The food there is good. What a pity that i did´t discovered before.