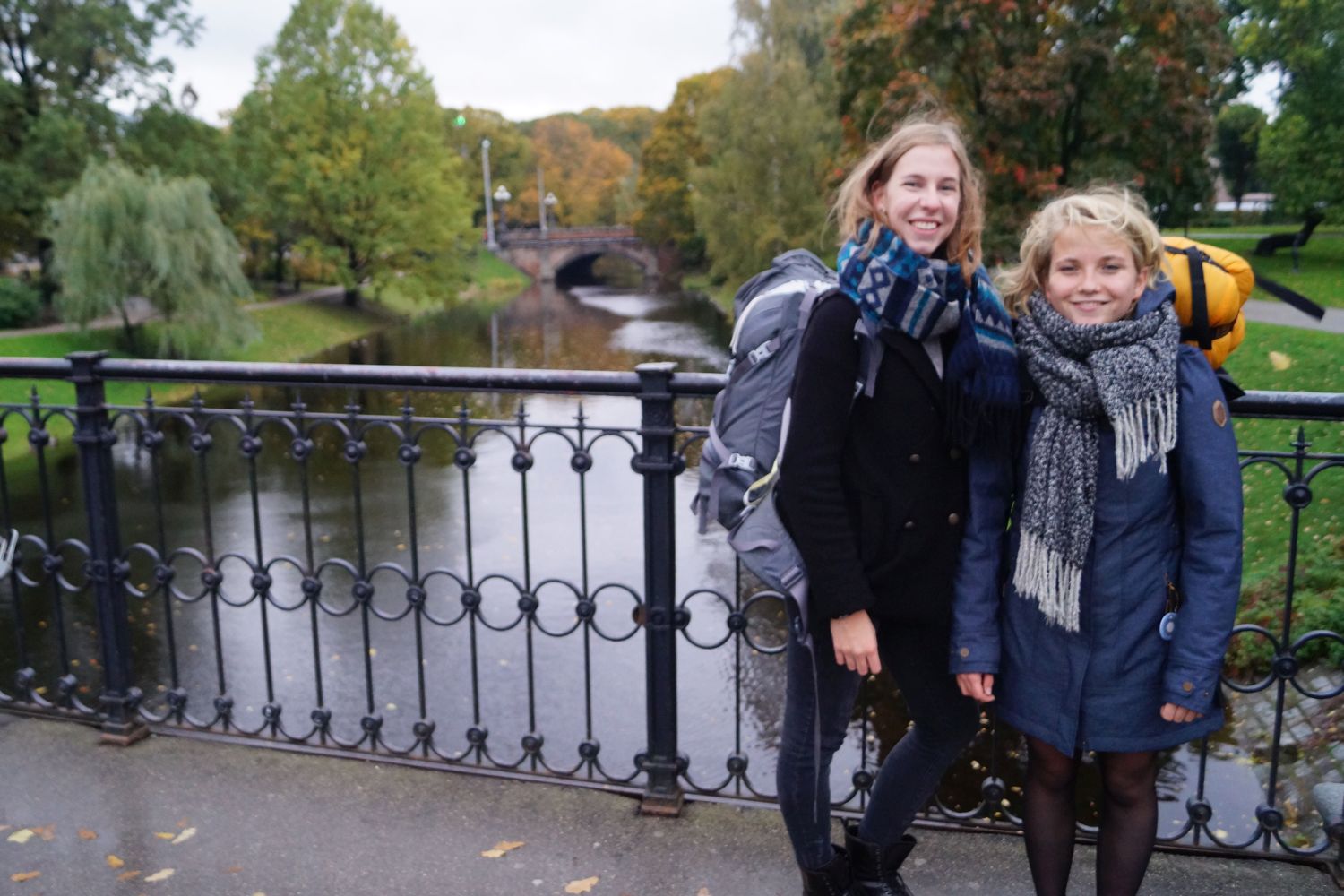 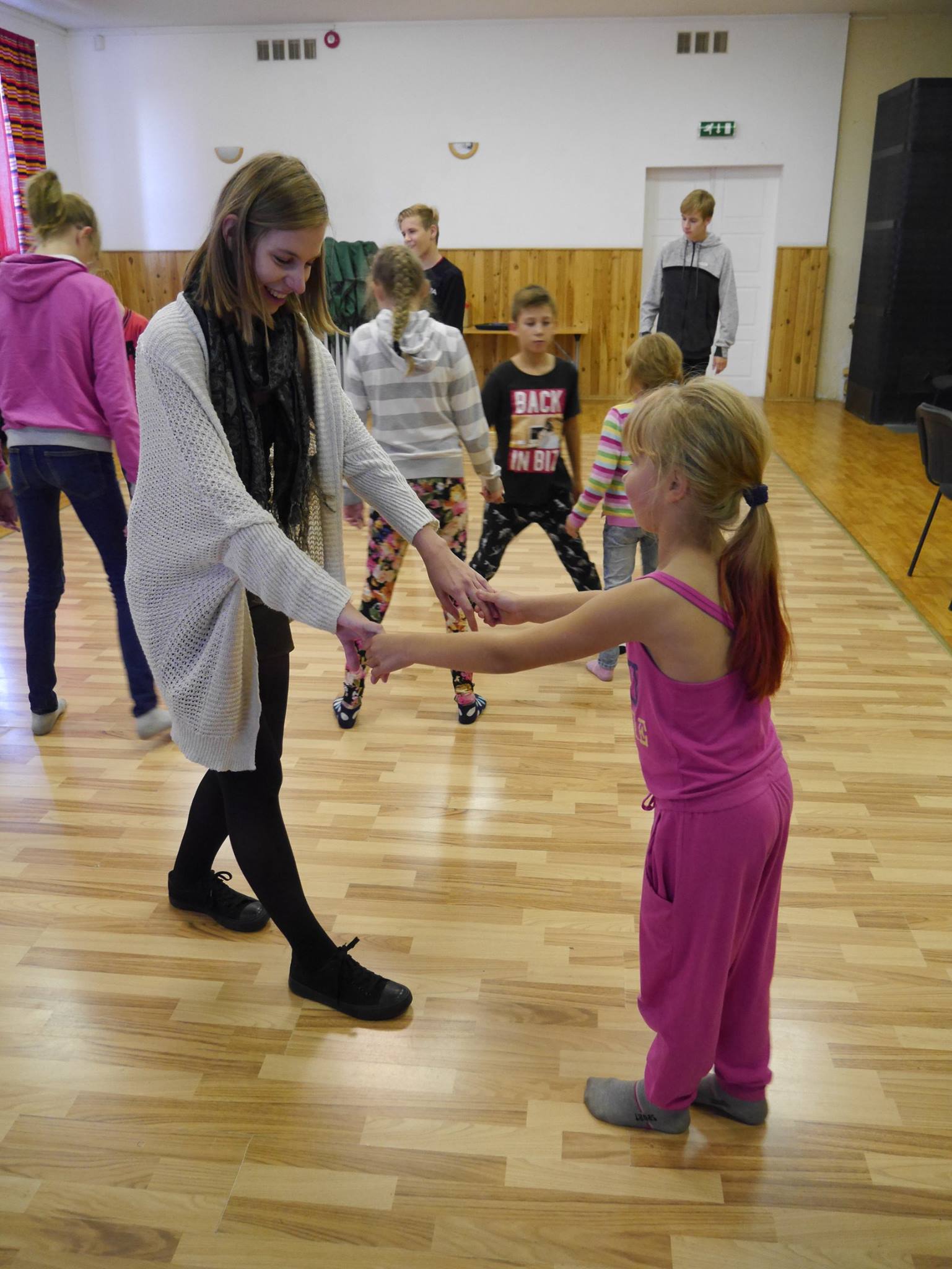 During my whole travelling – starting with driving to Munich (Germany), landing in Riga, trying to find the train station there and finally being in Valga and then Hargla – I went through all this, and maybe even more, emotions.

Since I came here a lot of things happened, that I do not even know, where to start – probably from the beginning is a good idea. :D

As I mentioned, I came here on the 31st of August, but it was already late when I arrived in Hargla, so this day does not really count. :D During the following days I saw more of the area, got to know to some of the youngsters of the youth center – but of course, everything was really new to me. Even when we drove to Valga for shopping, what is now normal, it was always a “wow” and “aha”-experience.

The shop, called Maxima, is really big and at first it was really hard (and it is still sometimes, as they put things every time somewhere different, or at least I am feeling like that), to orientate myself – luckily Rasmus helped me :D – otherwise I would be even more lost and confused.

In the following two weeks I got to know other volunteers. Tamara, from Armenia, is volunteering in a kindergarden in Valga. Nadja, she is from Germany, and lives in Torva here in Estonia together with Anatolly. (and now also with Tania, but she arrived in October, so obviously I could not meet her in my first 2 weeks )

The first “real travel” to somewhere was to my “On-arrival-training” in Rakvere. After six hours of travelling I finally came to this place, which is about 100km away from Tallinn. There I met other volunteers from all over Estonia. We shared our experiences till now, expectations for the following months and also what we fear/hope/… about it. Even though the five days have been really intense, as we talked a lot about feelings and reflected about ourselves and so on, it was a great experience and also a good way to make new friends, as we sat in the evening together to talk, play games and have fun. 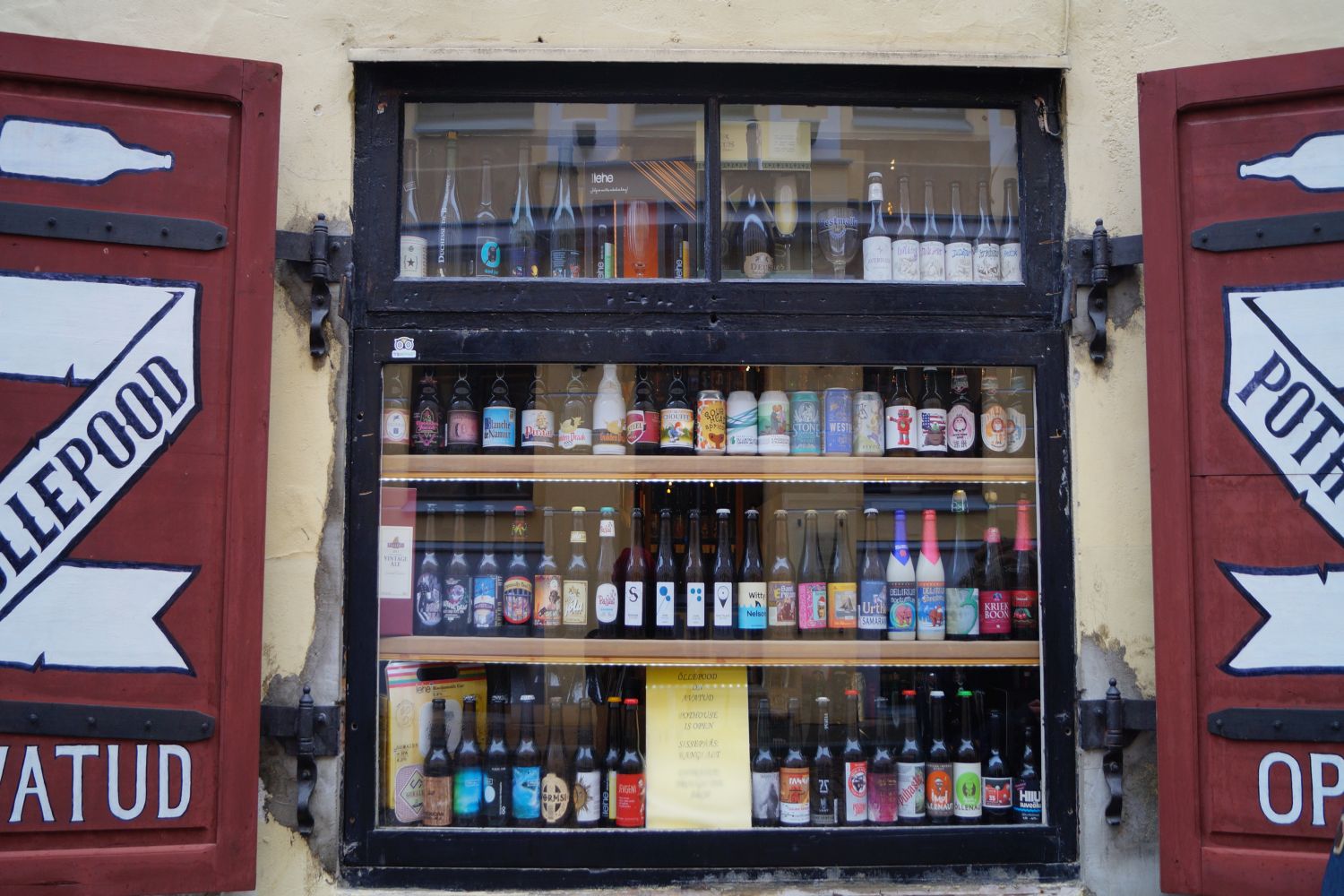 So after coming back to Hargla the project really started :D
I have “my” own club in the youth center – a handicraft club. As the name already says it – with the kids, that participate in the club, I do handicrafts (surprising, I know :D). After this two months I think, that I could already find my place in the youth center. I know the youngsters and I think and hope, that they trust me.
Next to the club, I already planned some events. One of “the biggest events” for me, was the “Austria event”. I planned it alone (of course Rasmus helped me with that) and also had to think about the things I need and want to do. :D

Luckily a lot of youngsters came to my event, called “Oachkatzlschwoaf”, where we sang to Austrians song, “learned” the Walzer-steps and made “Schnitzl”.
Next to clubs and events, I also was in “Tankla” and could meet Tania. She came here to Estonia in October and is my “co-worker”, but already also a friend (and of course my mom, if you believe the youngsters in the youth center).  But Tania is actually from Spain and not related with me (as much as I know :D) and works in the youth center in Ritsu. 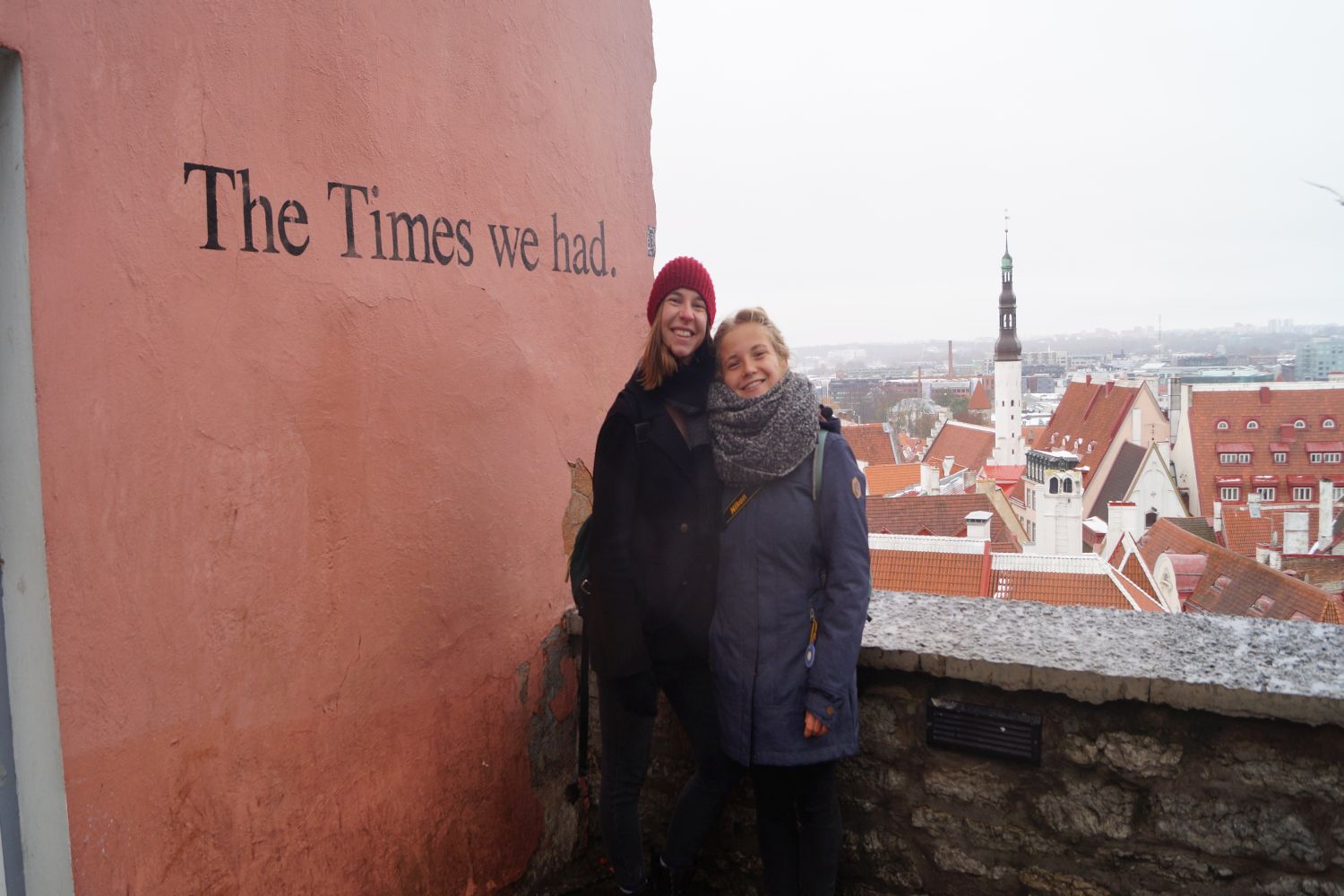 But next to volunteering I also could see something of Estonia.
With Nadja, who I can already call “Travelbuddy”, I already saw Riga (lol, I know, that’s not Estonia, but as we are in the south it is not that long to Riga).

I have also been to some other places, such as Voru, Pärnu, Valga, Torva and so on. Even though it was mostly rainy or at least not sunny, I really enjoyed to walk through the cities, shopping in second hand shops and sitting in cafes, talking about god and the world. :D
Together with Nadja and Tania I also saw Tallinn, where we met other volunteers, as we were invited to a big birthday party there (well, it could also be descripted as a big volunteer-party). It was really cool to meet others and making new connections.

It is always fun, to meet other volunteers – hearing why they are participating in Erasmus+, what they hope and so on and also just talk about everything that comes to your mind.

What is always “good to hear”, is, that they have the same problems as you – for example the language.
In Estonia Estonian is spoken, I mention it, because a lot of people in Austria did not know, that the people here have “their own” language. At first when someone was talking it sounded on the one hand really beautiful and on the other hand really confusing to me. After having some Estonian lessons it is getting better, as I can catch some words, when people are talking. Also I can built questions, even though it takes me long and I understand the numbers. With every day it is getting better. 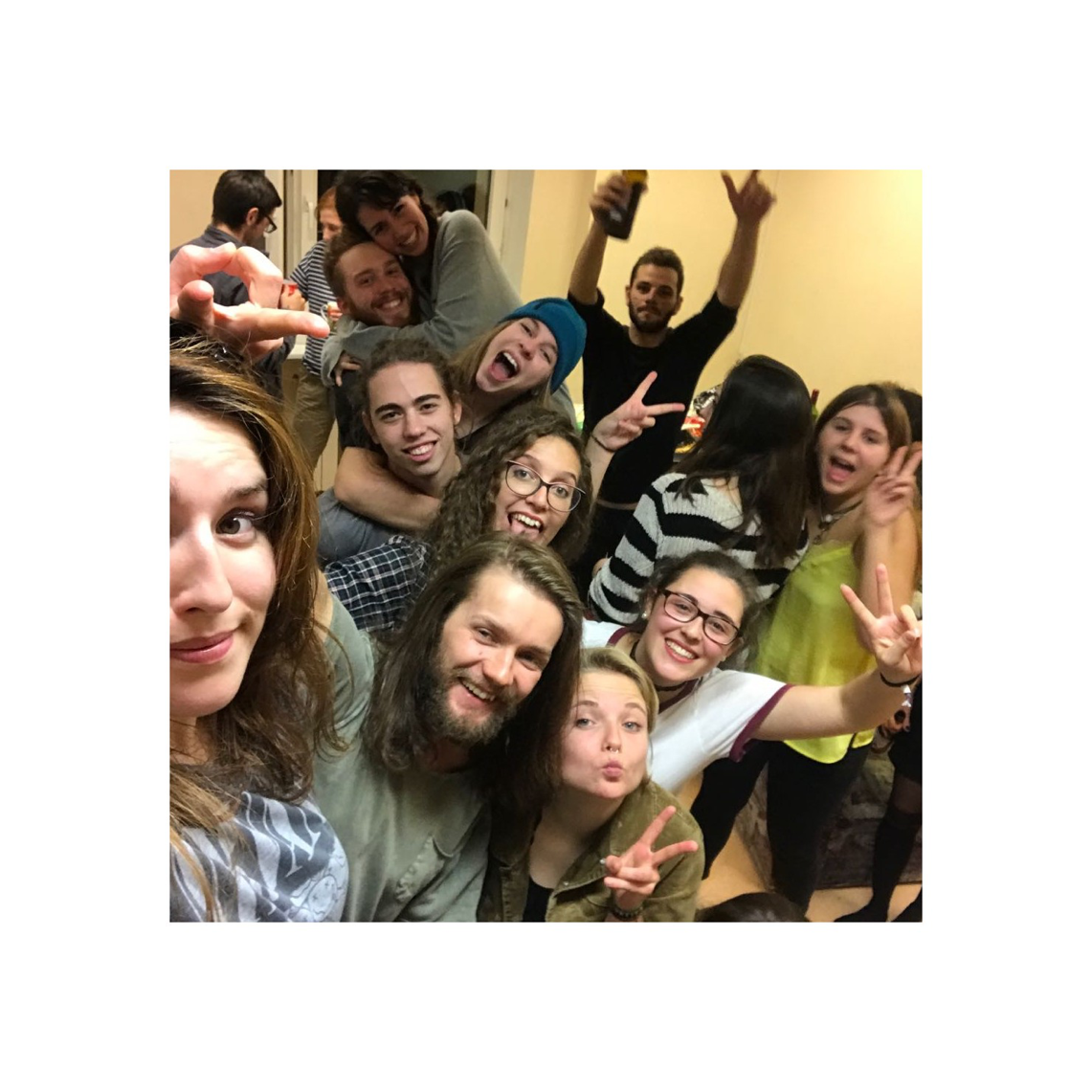 In this two months so many things happened (helping with cleaning the church, participating in a paintball competition – I still have bruises, baking cakes in the youth center, canoeing (#tb to the last really sunny and hot weekend), …), that I can not even talk about them all in detail, because then this Blog would be way to long. :DI hope, that in the future I can improve my Estonian, getting more and more a part of the Youth Center and that I can see more of this beautiful country.