I also had some new and exciting activities like go to play laser tag to Pärnu. It was much cooler than expected. To be honest, all I knew about laser tag was thanks to Barnie in “How I met your mother” and there they show it like a silly game for kids, but actually is super funny.

I also wend to do snowboarding for the first time. In Spain, when I was around 13 years old I went to the Pirineos to ski, but I didn’t enjoy much, maybe cause at that time I was more interested in other things…But snowboarding is other thing. I wish I could live in a place where snow was normal and then I could make it a hobby. 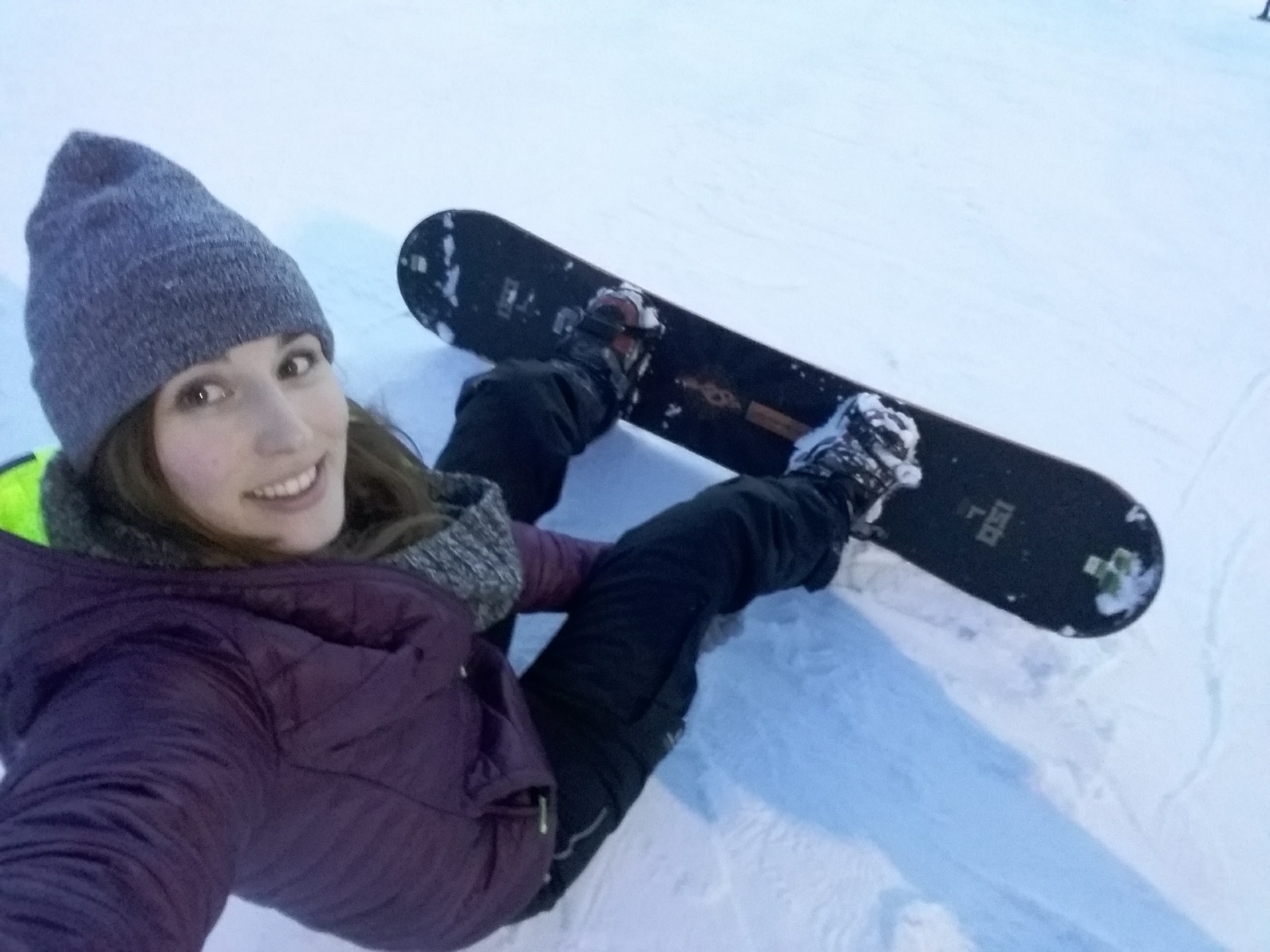 “Head naistepäeva!” A lot of people told me that on the 8th, March. Well… I spend that day quite offended because of that. They tried to explain to me that it is normal here to give away chocolate and flowers to girls because of past Russian traditions and staff. I also tried to explain that is not a day to treat woman and then forget about it the rest of the year, that this day was not chosen to give away chocolate but because in late 50’s decade one group of  120 woman were killed because they were asking for higher salaries in the textile fabric where they were working in, that is a fight about equality because women are still treated as less, being less paid than men for the same job, having all the responsibilities at home “because that is the women’s place”. I understand that women in Estonia didn’t have to fight to get the right to vote, also because other women all over the world were fighting before to settle the equality principles in every Constitution and that still is not an excuse to not teach our kids about it. I don’t want to make a full speech about it, but as much as I like Estonia, I also should say that about feminism is an old-fashioned country. While in Spain all women were in the streets in strike asking for same job rights as men, I was receiving chocolate and one co-worker was telling me that in Estonia they should be more focused on men participating on the home tasks... I think I don’t need to explain myself on that point.

And changing the subject, finally, we went to the Megaphones! It was part of me and Nina's miniproyect. We organised a nice day out, in that beautiful Nature House where they explain us nice things about the Megaphones project and also about nature. We were learning how to prepare sushi and hiking through the forest although not more than one hour. 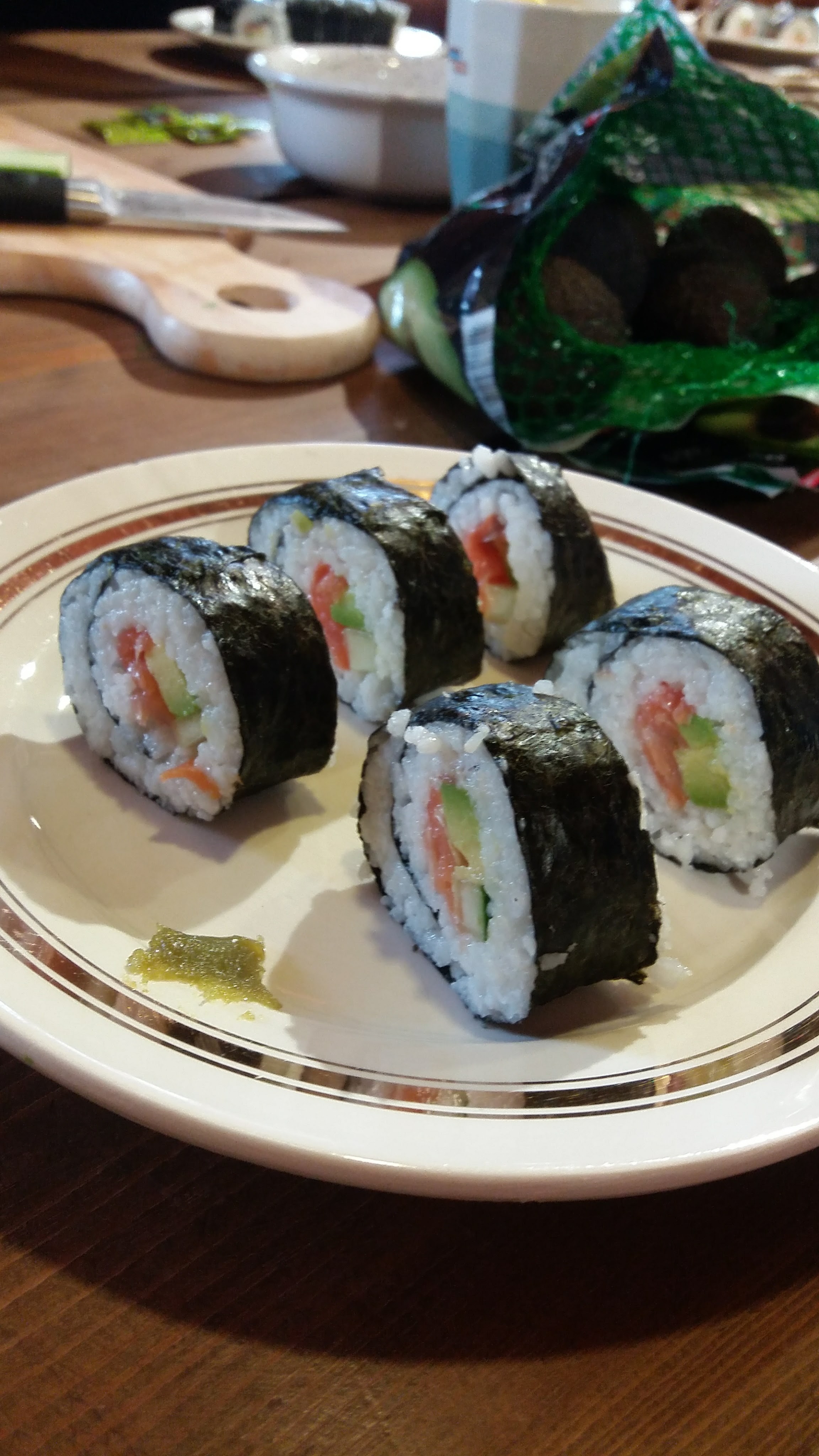 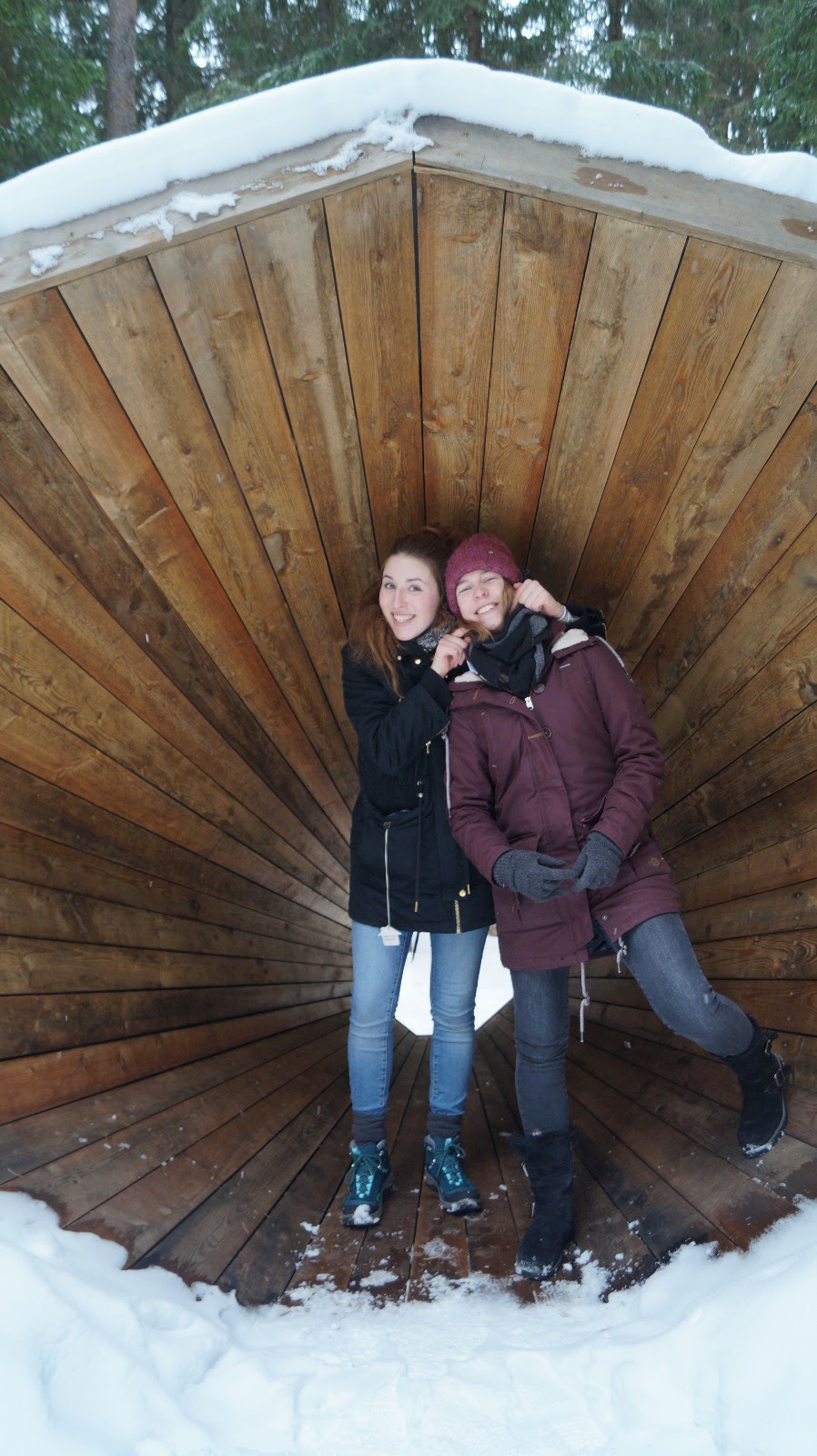 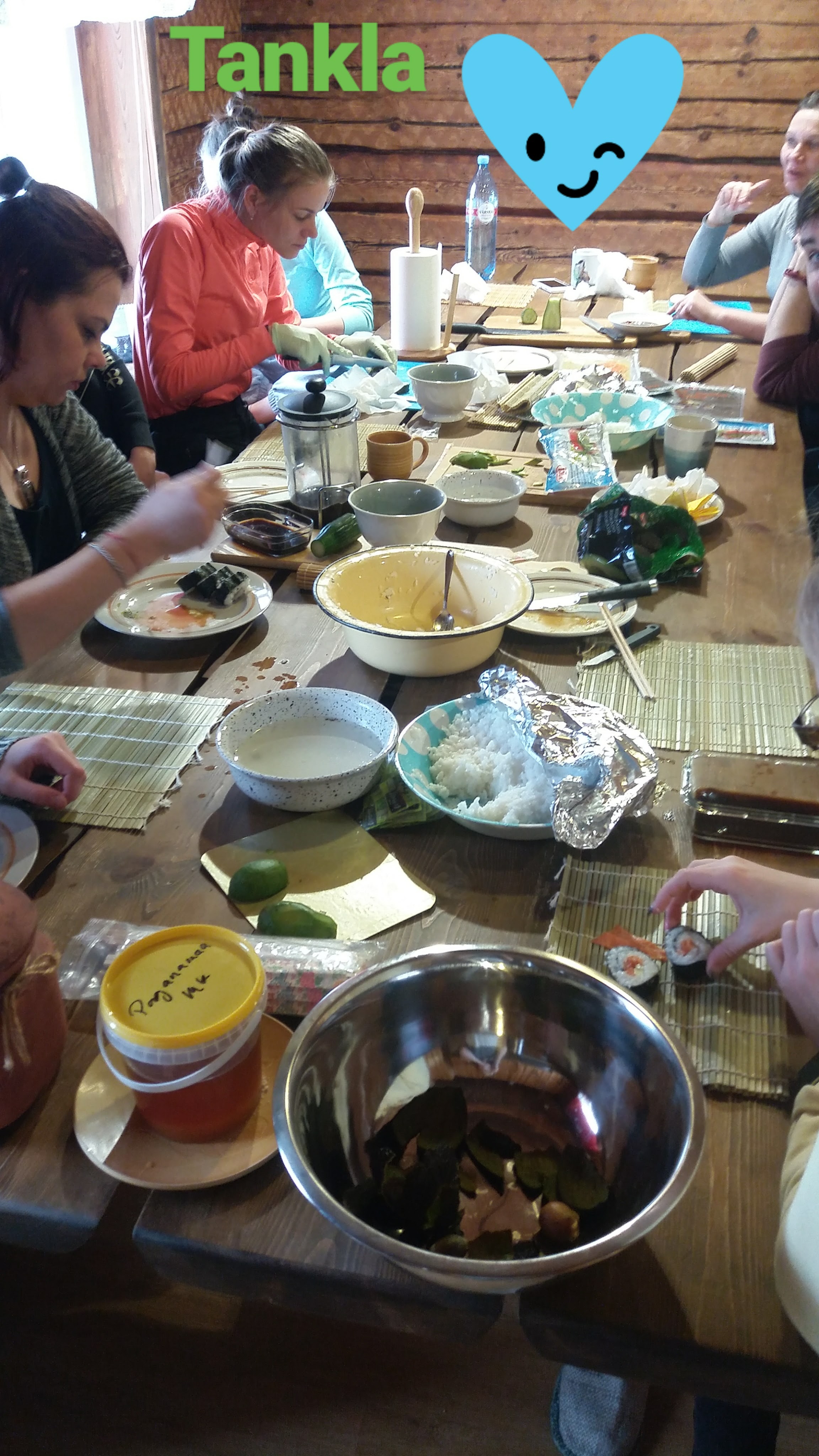 For real, how Estonians could spend a full day out when is -7 or so just chilling? Not with the hottest soup, tea or coffee you can be more or less ok... I experienced that on my own flesh and bones on the 17th when my dance group visited Otepää, and I almost died. It was beautiful I should admit, we were dancing behind this ski jumping hill and even on it. So I was there in the cold, thinking if I could survive without some of my toes and dancing. Finally, I did survive so, good for me! 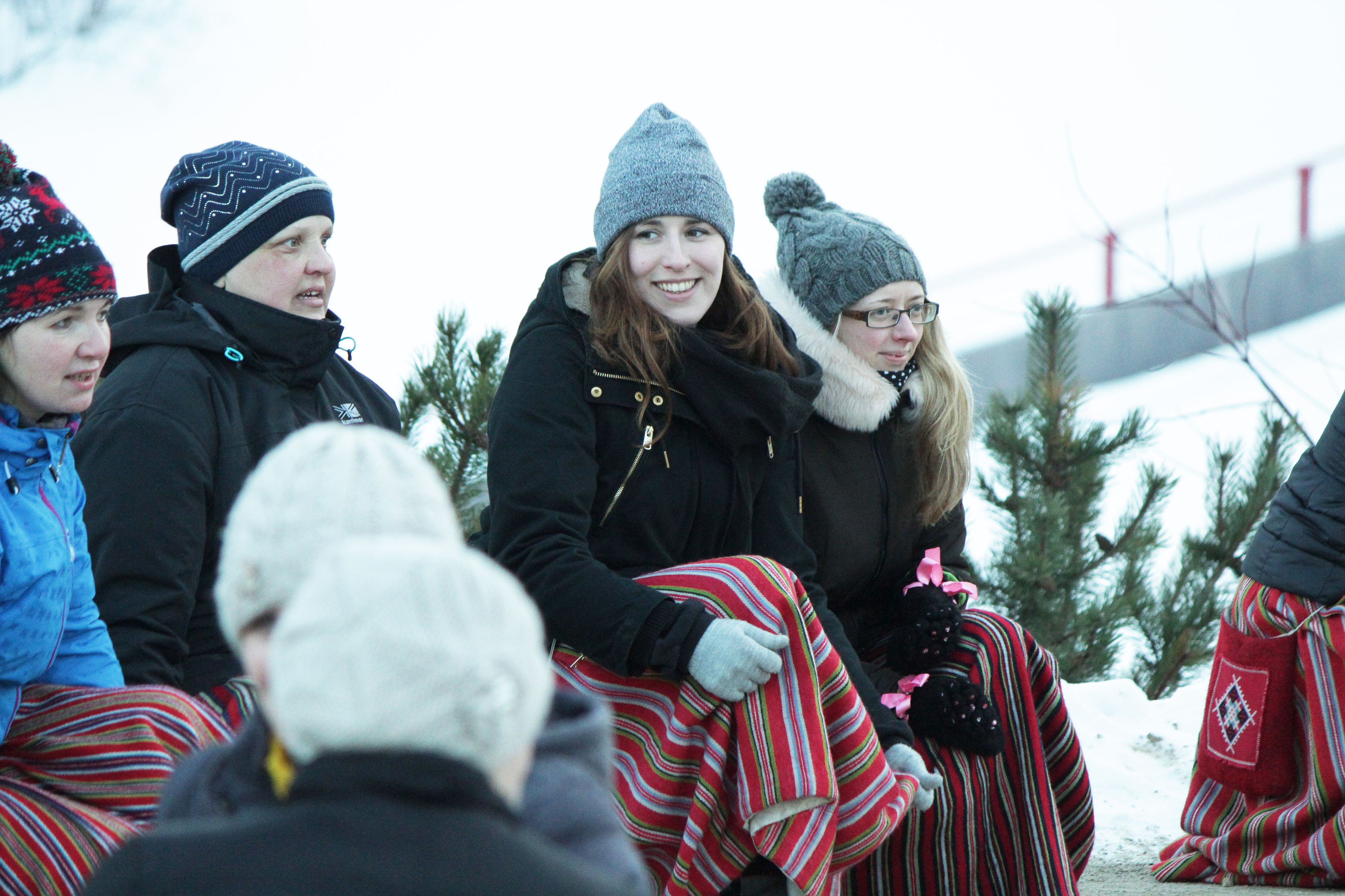 Next month I will be working in Tallinn for some days and I will also have my mid-term training because I have reached my EVS equator! –cries intensely--