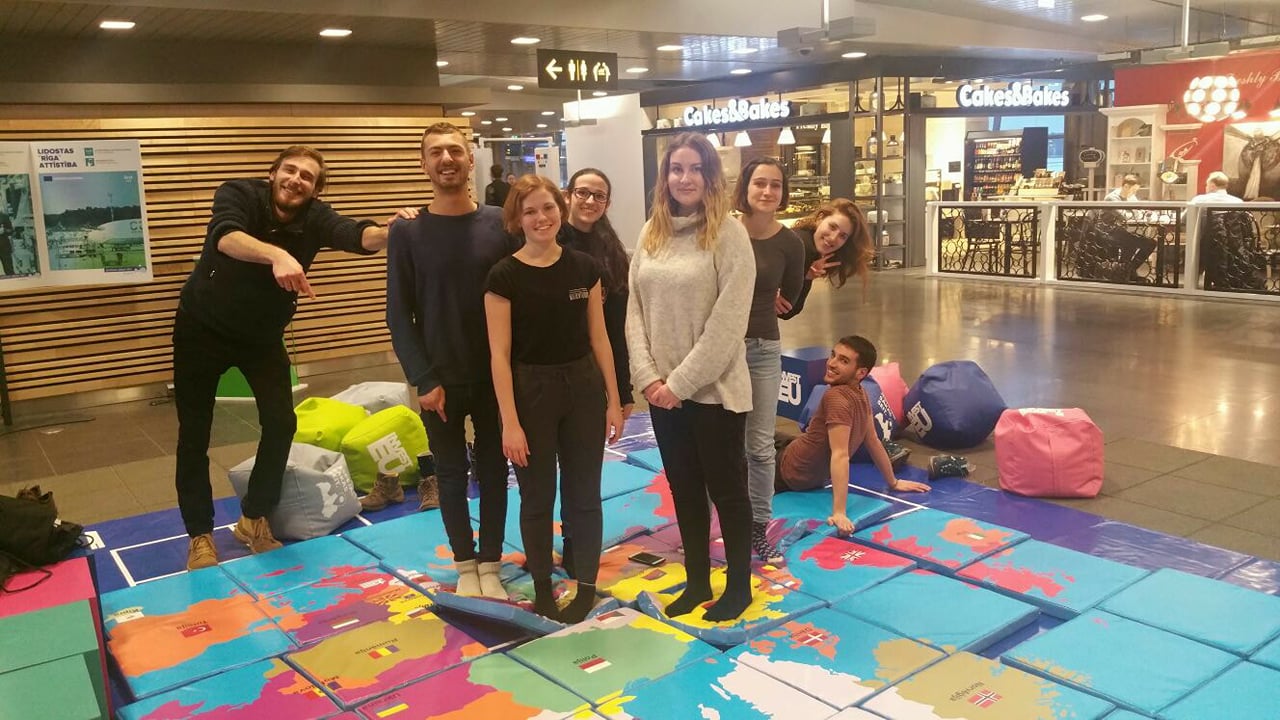 At the end I and Nina finished sleeping in the office where I work. I had a good time but I got coco fat and bird food everywhere after around 6hours of explain the kids how to make bird food to leave outside in winter. As a reward they gave us a special and perfect gift: of course chocolate!

And then, the great idea of going to Iceland got real. The 11th I took a train from Valga to Riga. The first omen was then I fell on the ice before taking the train. The second was when we received a mail saying that our flight was delayed for one storm in Reykjavik. Once we arrive there, the storm was still there so all the transportation was stopped and the roads cut. Great! We slept in the floor with other travellers. I had never shared my sleeping place with so many people!

With 3 hours of sleeping we took the 4x4 rented cars to start our adventure as the weather was already good. The golden route was waiting. Actually it was more about me driving (as one of the official drivers) and being in the car than visiting, because outside was impossible to stay more than 10 minutes. But we saw several popular attractions as the geysers and some waterfalls. During that time, I was so tired that I let Martín drive. Well, bad idea because he got stuck in the snow. It was not much but we couldn’t push strong enough to take it out and the situation was extremely stressing because none was stopping to help and even some people were taking photos of us! Luckily, one car did stop. A group of Japanese people were helping us, but still was not enough. And then another car with more Japanese people stopped. All together succeed and our car was again in the road. We were fulfilled of happiness. For those people that a group of people were hugging them with such a big excitement was also an experience, I am sure because their faces were reflecting that. 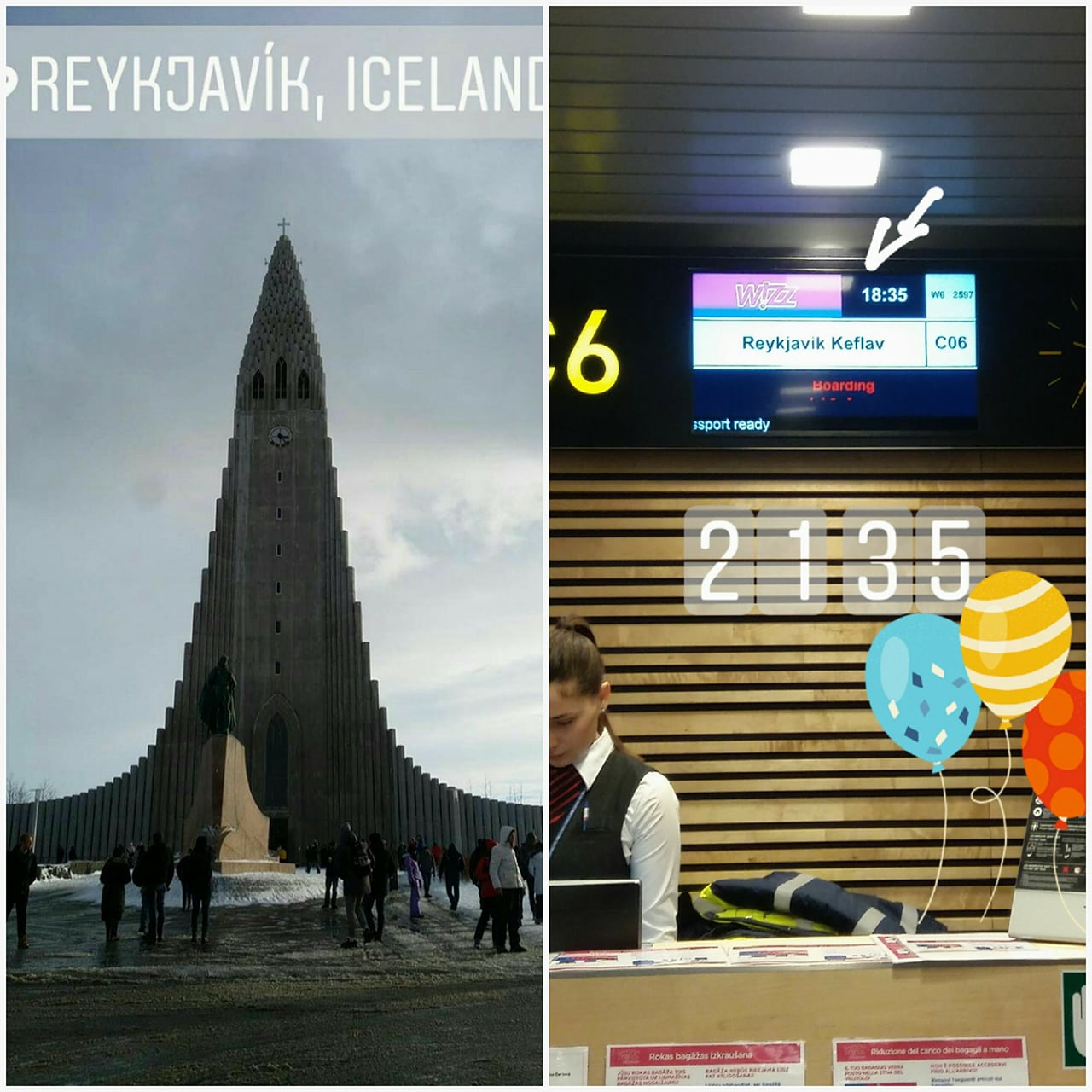 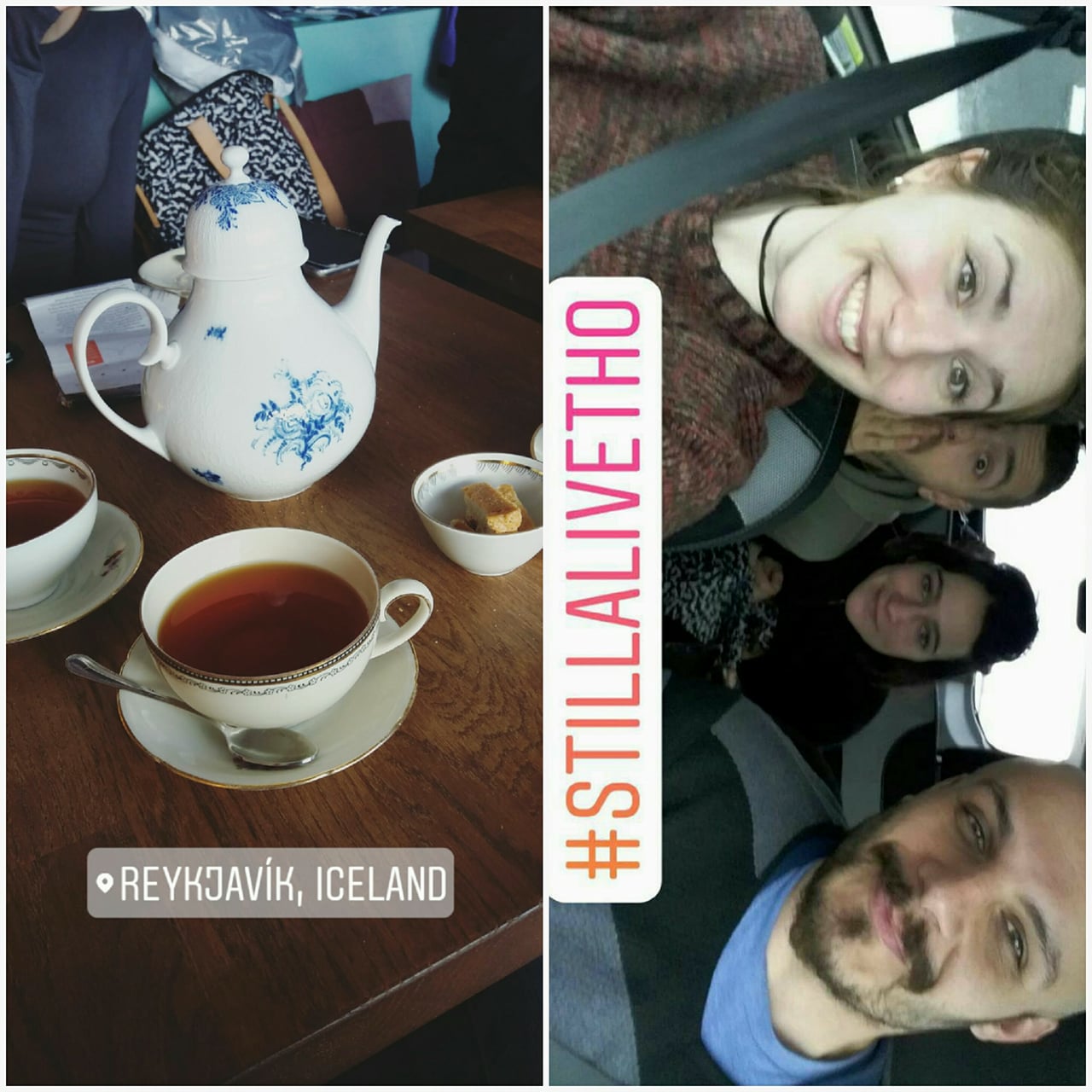 The second day was an absolute failure. We were supposed to do another route, but the weather was so bad that while driving we changed our way and we headed Reykjavik. We visited the main road and some other touristic places and that was all. Still exhausted and afraid that the storm will cut the road to go to our hut we left quite early the capital. That night we managed to see the Northern Lights and it was quite an experience I must say.

The last day was a constant search between the state of the roads and tickets to leave Iceland later cause during the night the storm was placed among us and we were worried that we would lose our flight. When we finally made it to take out the cars we realize that one of the windows was been opened all night… We cleaned the snow a bit and started to pray that the rest would melt. So, we headed the way to the airport but even though they had cleaned the road it was in a very poor condition to drive. And then, while I was reducing the speed to cross this bump of snow, my car got stuck and, of course, the other car hit mine. I don’t remember more. They told me that I started cursing in Spanish and of course I did. In that moment I would cross the face of the other car’s driver. When we finished with the entire situation we took the highway –to hell- to the airport. We arrive to the airport half crying, half hysterically laughing wishing to leave Iceland.

Once we arrive to Riga we were exhausted and happy to have survived to Iceland.

So the next adventure was a bit less dangerous. That next weekend we were the sensation in the bus which headed Hargla. It was Nina’s birthday. We had a nice evening enjoying alone the Taheva youth centre and also happy to show how much we appreciate her. 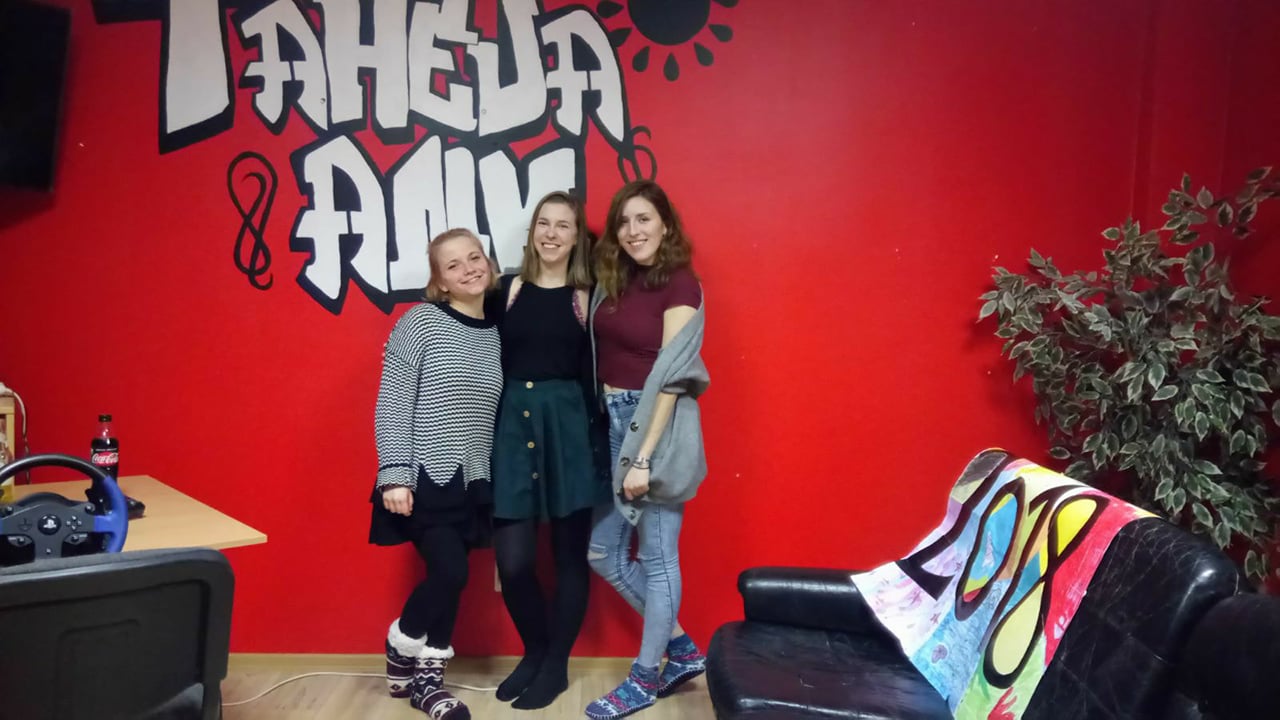 As you already know, of course, in February we had this amazing event on the 24th. So being awake to check the sun raising and also the Estonian flag was the first thing I made to celebrate it. The second was to put on the Estonian traditional clothes and go to the town centre to perform some dances. It was nice to be part of that in spite of the cold. How weird it was to see the Spanish girl in town dressed like this? 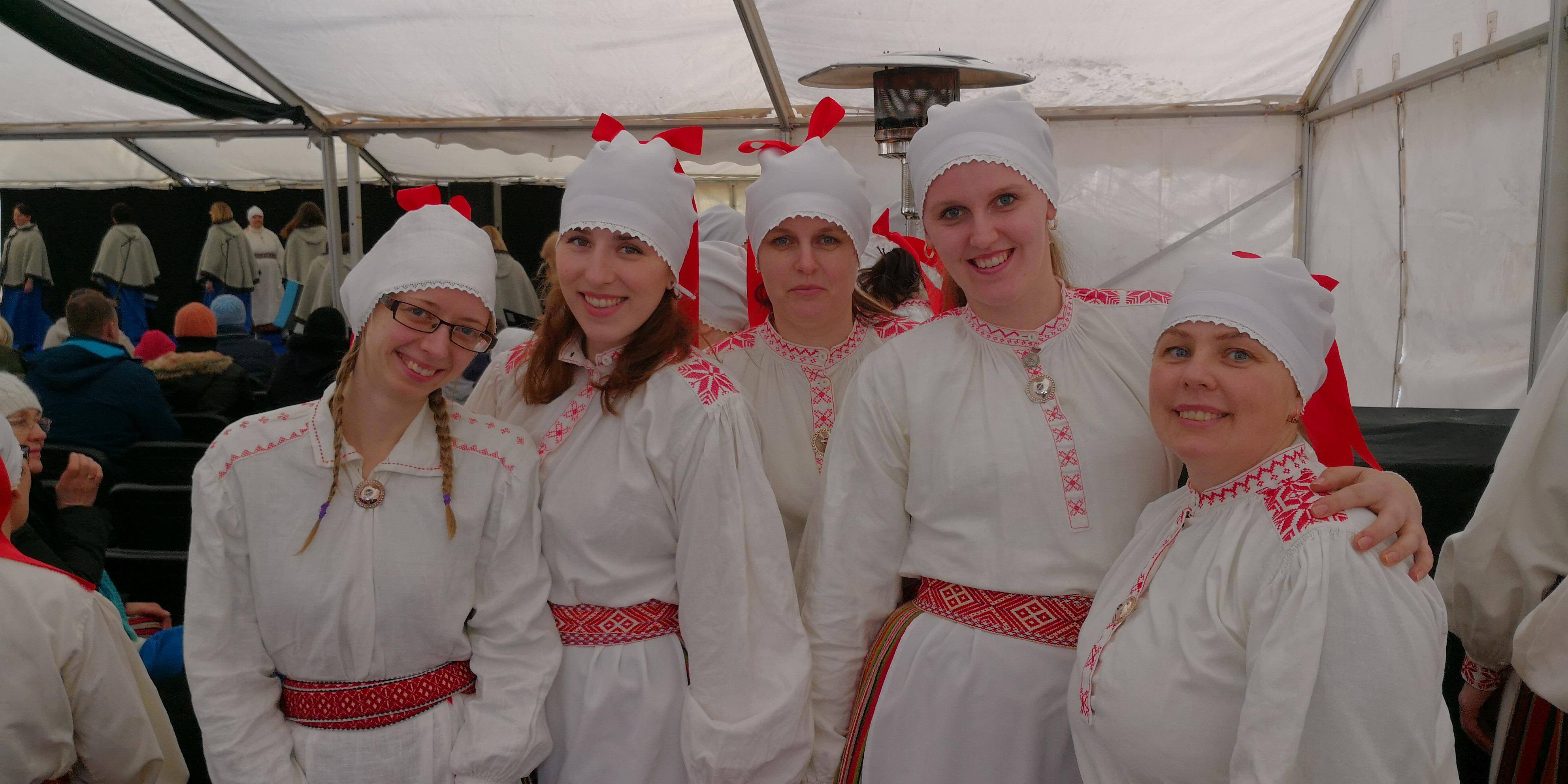 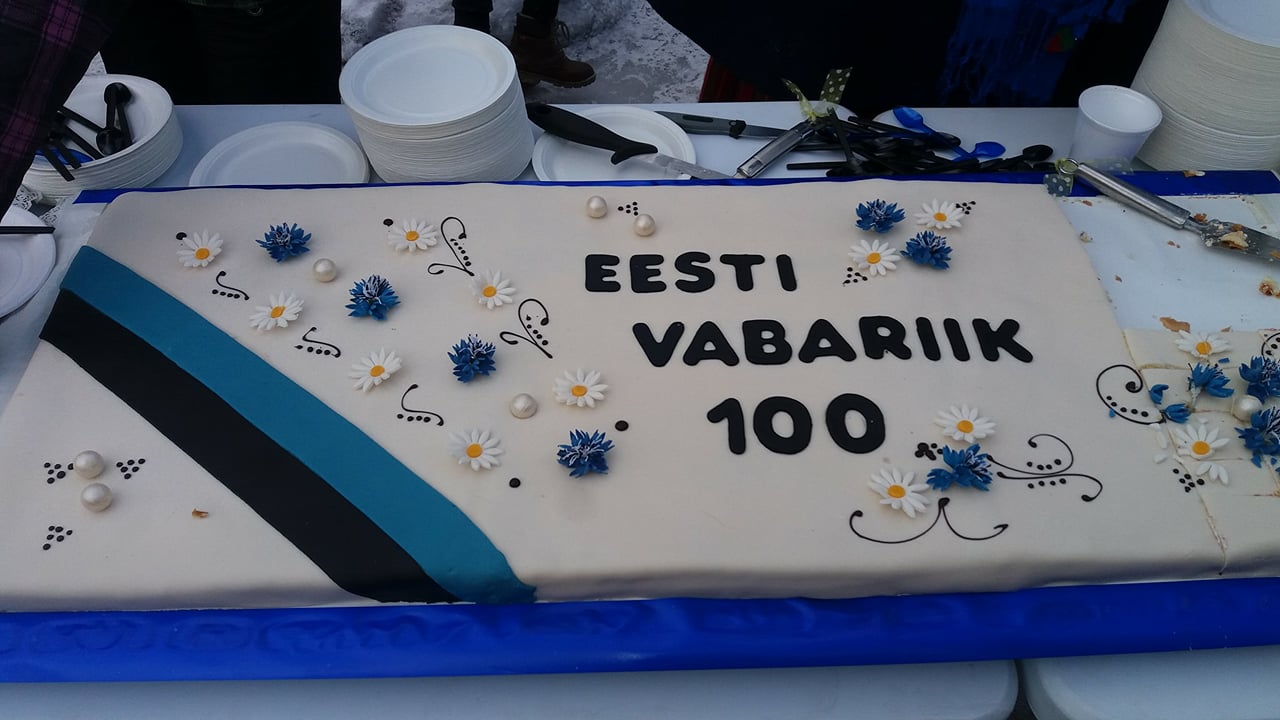 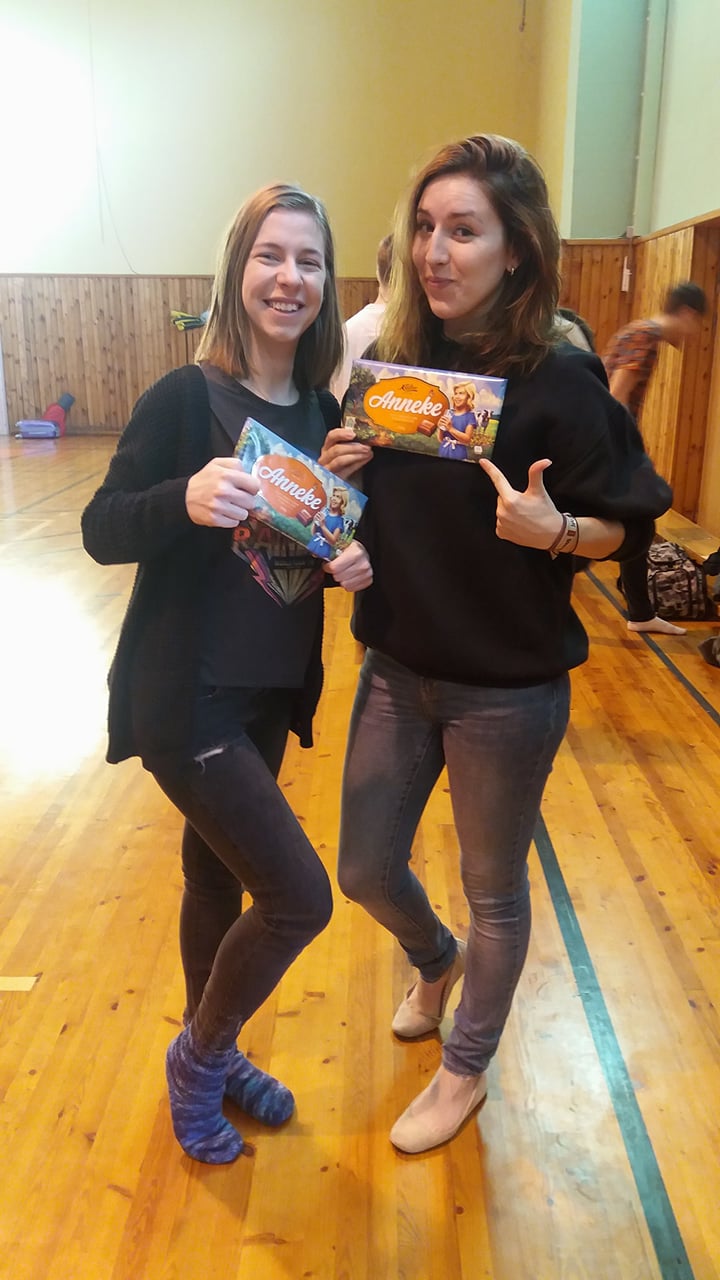 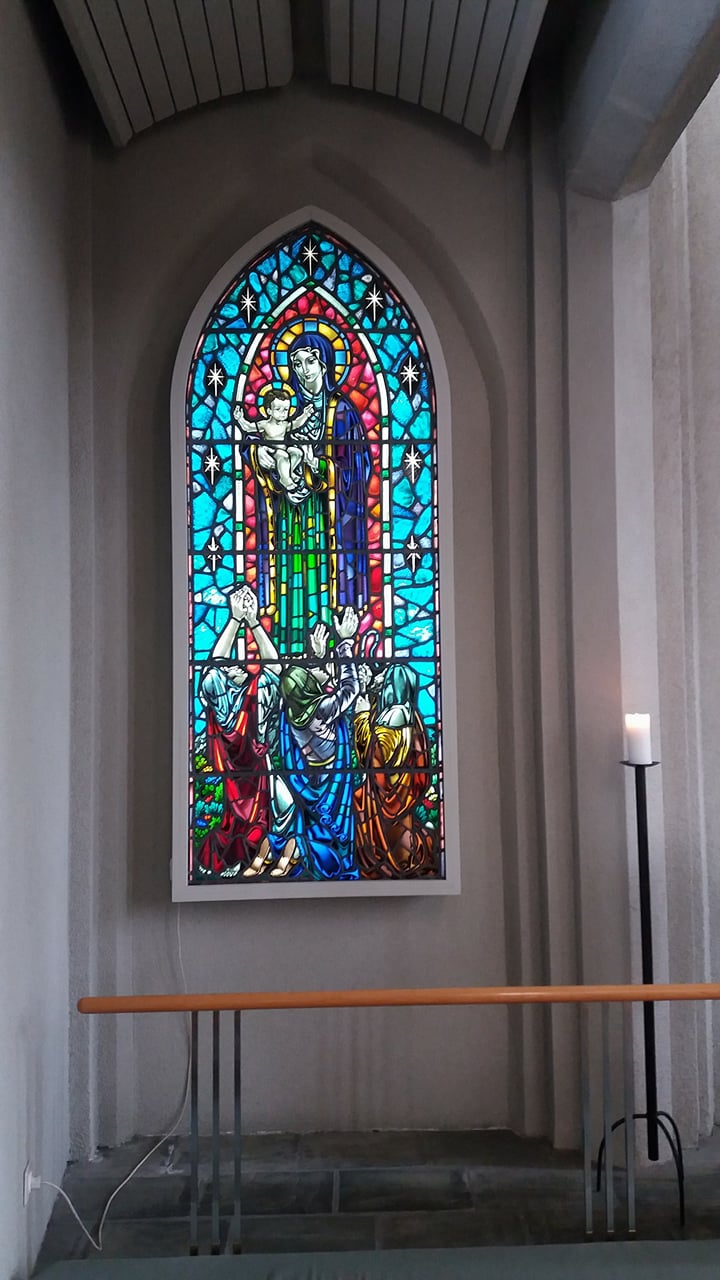 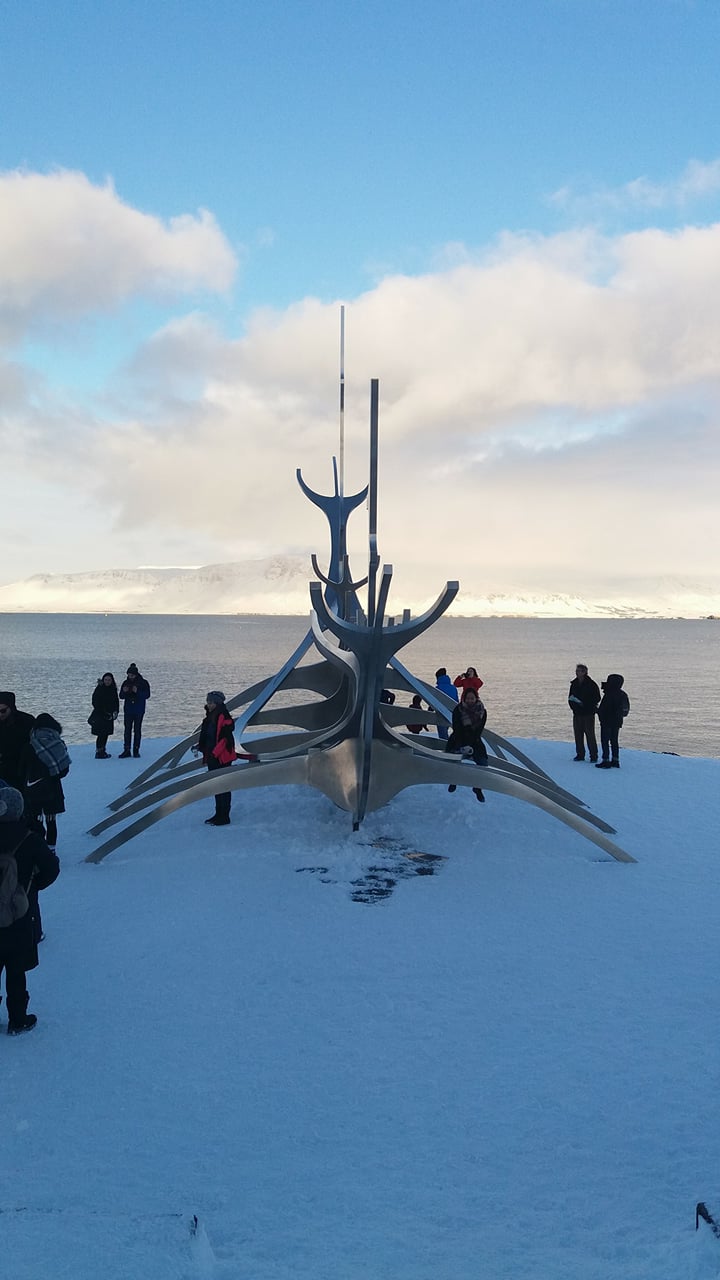