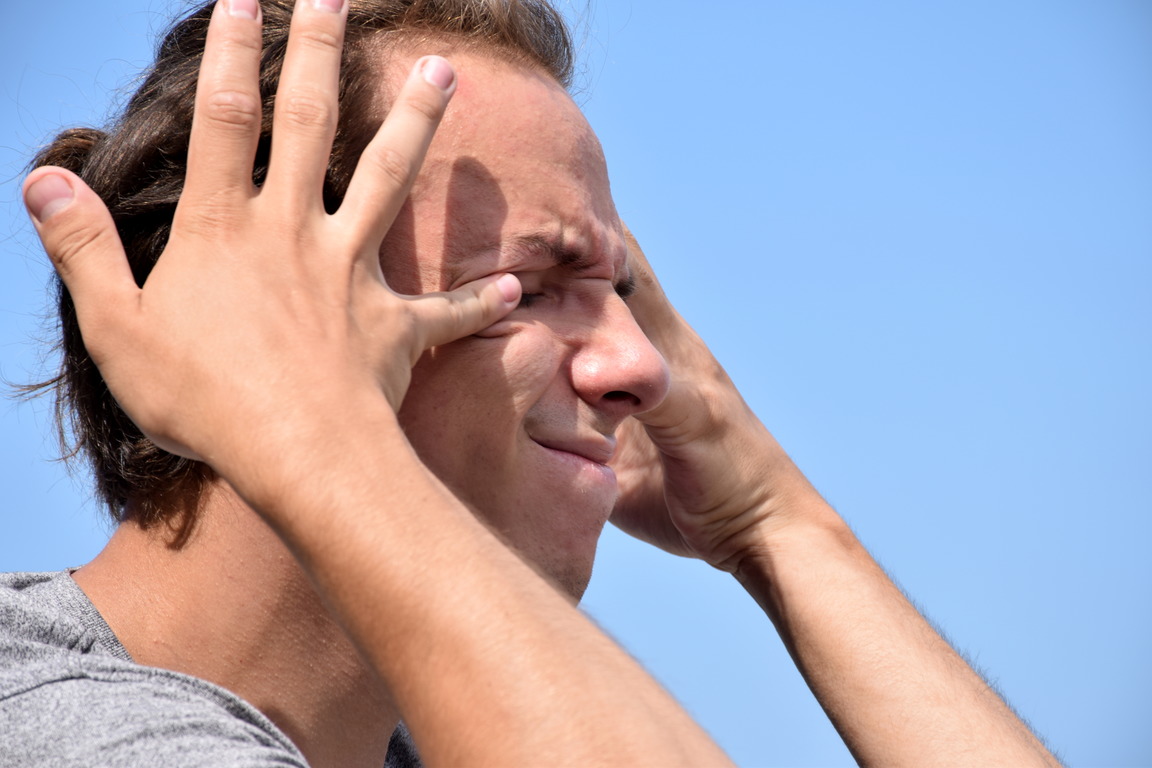 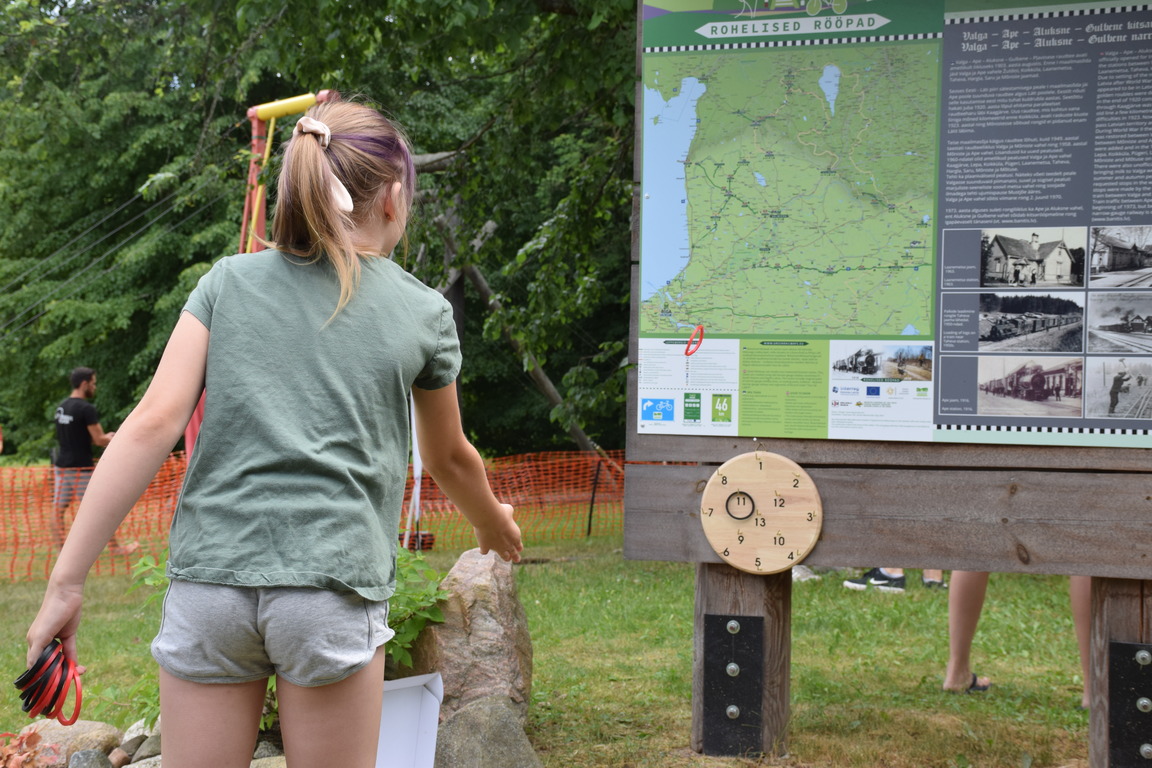 As I already wrote, this is the 7th post and it tells me that more than half of my project has been completed. Time flies very quickly When you are passionate about something and also quickly unsettles you when you realize that half is already done. Looking back, I would like to say that the experience gained during this month is simply frantic: I spent only 2 days in the youth center, the rest either in camps or traveling.
The first was a day in Hargla. Children and teenagers gathered for a small sports day where they practiced archery, playing volleyball, and more. The main star of the show was Kiiking - a swing, the task on which to make 360 ​​in the least amount of time. It can be called a kind of national sport.
After that, I was offered to visit the island of Saaremaa. Of all the territories I have seen, I would call the island the most ethnically reliable. The legacy of usurpation by the Swedes and the Russians is almost minimal, and the buildings have survived from the 1400s. The journey lasted for 3 days. And spending the night on the cliff is "unforgettable". A colleague from the league had received unreal pleasure from kicking, decided that he could repeat it. I didn’t deny him pleasure and helped him to accelerate the usual swing to an angle of 200, after which he "safely" fell. Boys are Boys. Although after that he had to go to the hospital, and the next day we will all return home 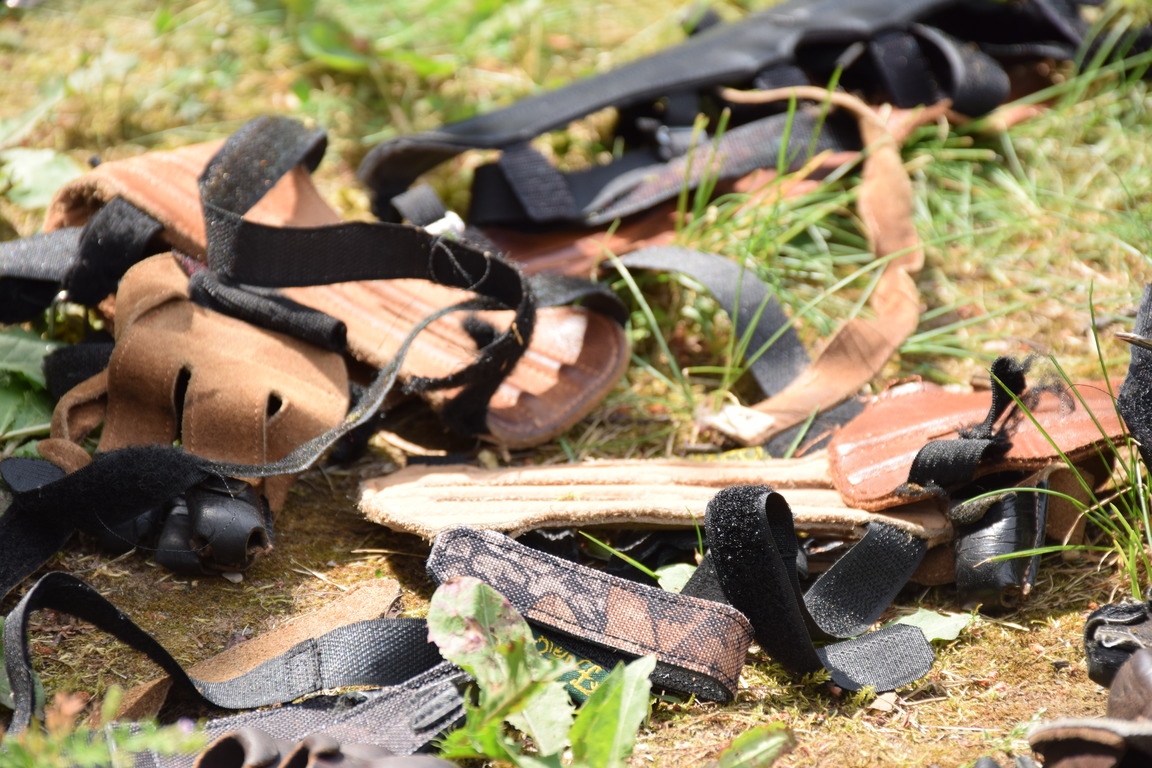 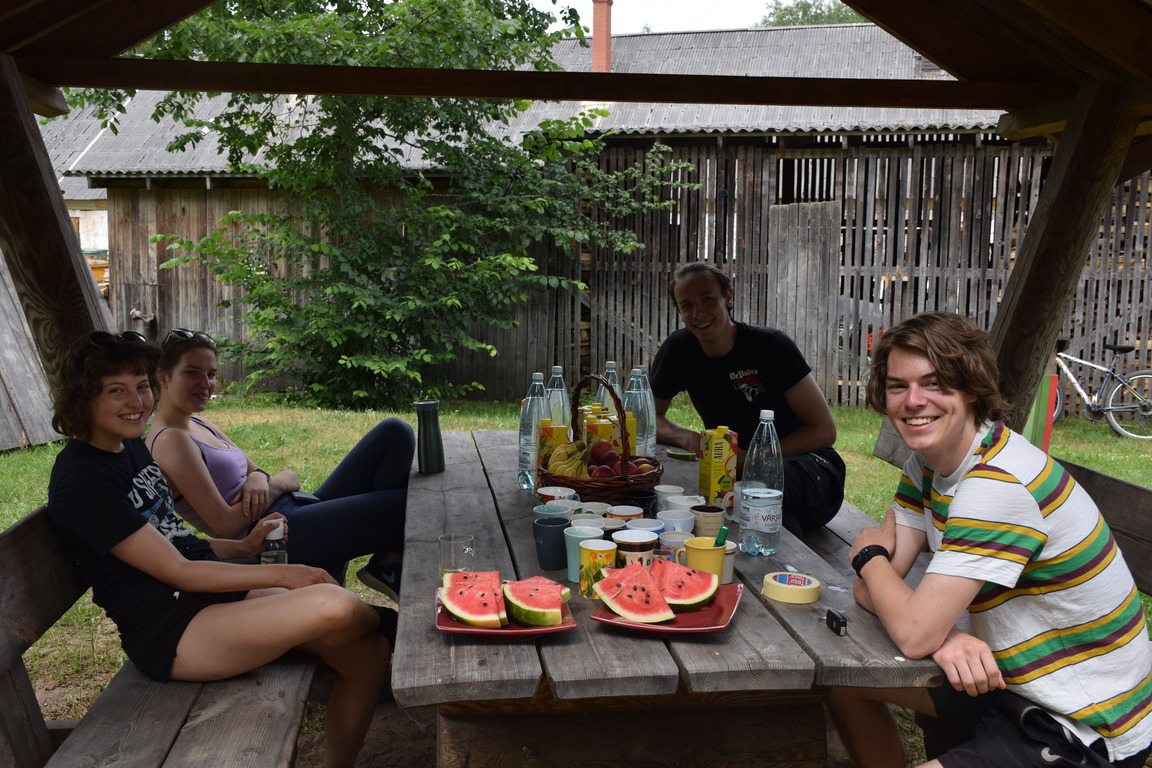 Spectre, the so-called camp conducted by the defense league across the country, is a camp for teenagers with a military bias: master classes on survival were held, the police showed interesting things with cars and the consequences of the accident. Taught to use a sling and so on. Until this year, the entire event was in one place and had more than 1,500 participants. now, due to restrictions, they were held in each county separately and there were about 80 participants in Valga. Let's just say the survival lessons were not in vain, because in the middle of the week a strong thunderstorm came and demolished almost all the tents. More than once I had to be in similar situations and I was already ready to see panic and anarchy in the ranks, but everything turned out to be very strange. Having come running to the scene, I had to eliminate the consequences ... just eliminate the consequences. Children, in an organized manner (during the storm), went under the fortified canopy and waited for the rain to end. Even the lightning striking this building did not bring confusion. Yes, of course, the children were crying. They were scared, they were not soulless killing machines trained by the army from infancy how to hold a machine gun ... ahem ... But they were organized - fear did not allow to raise panic, and as a result, instead of injuries, bruises, fractures, crowd control, we just saved the equipment during the rain, and after the rain, we restored the tents that had been taken away but not broken. 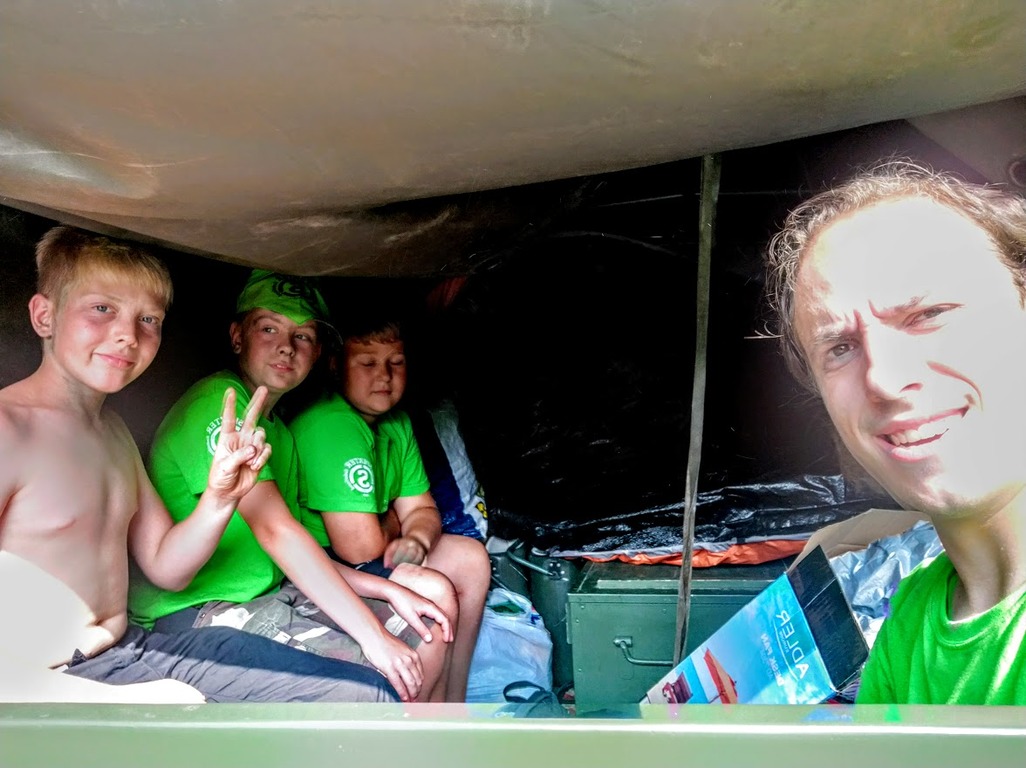 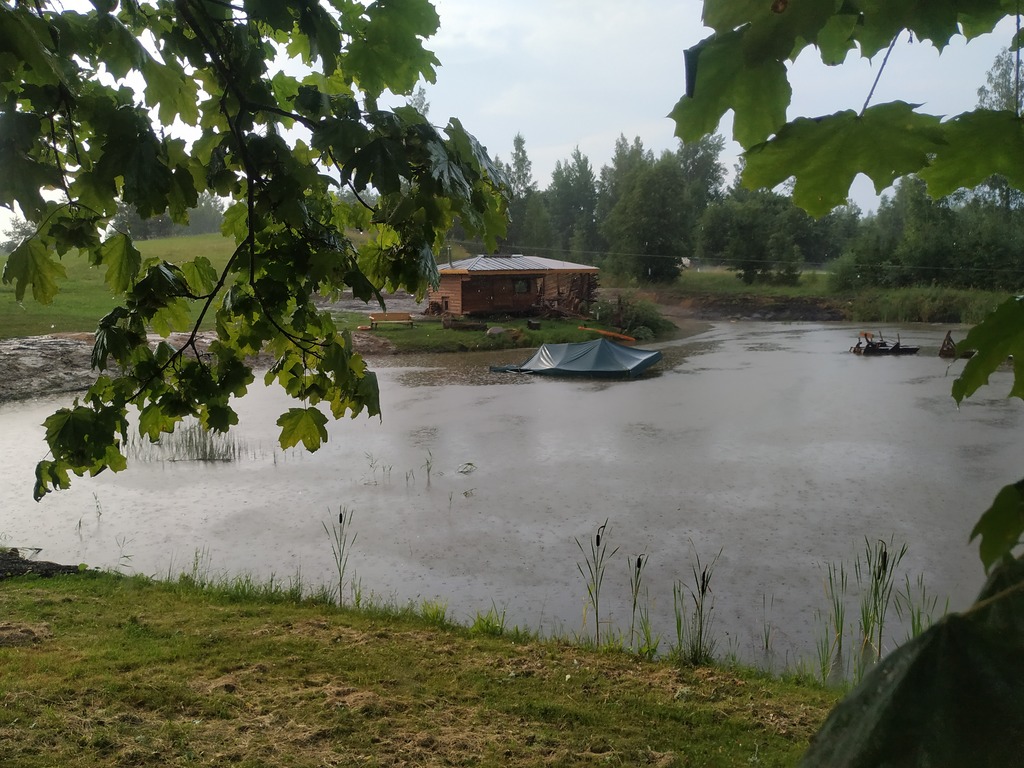 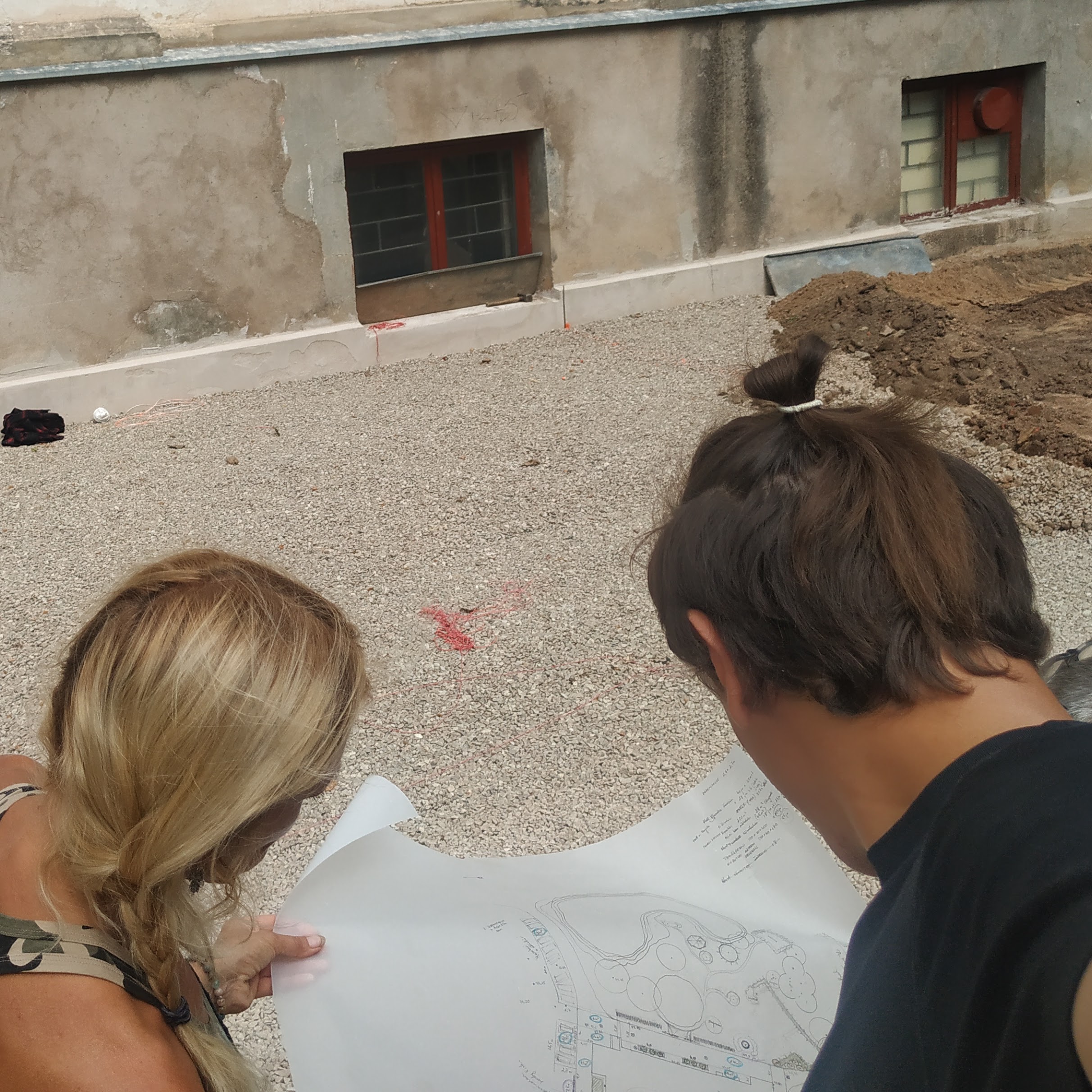 Probably the most anticipated event of the entire youth center is Malev. They started planning in three months, collecting participants in two, and the selection of candidates as in a real company. I got the lot at Kaajärve Manor. For more than 5 years, young people have been rebuilding the estate. For two weeks we had to clear the area of ​​weeds, create flower beds and have fun in the evenings. The estate was large and there was a lot of work to be done. Fortunately, Ukrainian Nikolay lives and works in the estate. He lives in the Lviv region and has been coming for the 4th year to help rebuild the estate.
A woman who deals with landscape found out that I had a degree in engineering and gave me a level. Once again I was convinced that applying for a builder was better than for a cook: while everyone was digging, I set zones and marks where and how deep to dig. In addition to the level, there was also a bunch of other equipment. I showed the guys who were interested in how to work with all these tools. For them, after work, I gave a "master class" in geodetic work. As a result, we: cleaned the weeds on the ring and paths, set 7 zones for flower beds, a parking area, built a sandbox and planted a lot of plants

This month has passed so imperceptibly and richly 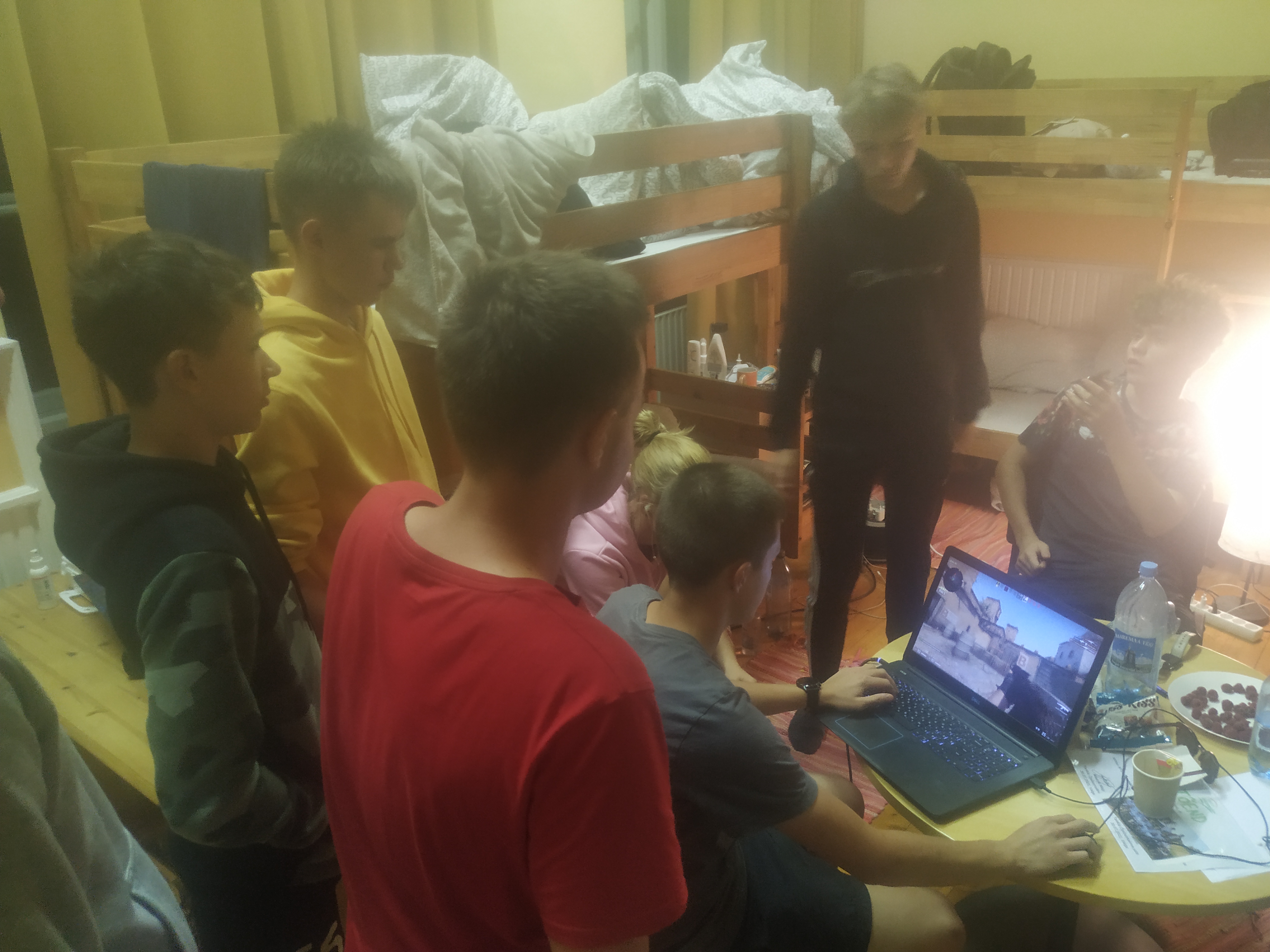 Do you know what it's like to participate in a project that was done without you? I had different feelings: I am useless, I am a gag, "come, give it and go out - don't bother me." It's a shame, but at one point you start to put a bolt on it. Needed and needed. Not needed well and not needed. But this month has brought something interesting. The first call was the Harga: "listen, we are organizing a sports day here. The kids will do all kinds of sports. Come and help." OK. Not having a plan in hand, I was just a participant there, but being a volunteer at a youth center, I spent time with the kids. The kid plays darts lonely - let's keep him company, even if you don't know him at all. And it will become more fun for him and you will occupy yourself.
"On Malev, you will be in Kaajärve, they are engaged in construction" - "whatever" I say, pack my suitcases for two weeks and leave ... But .. there teenagers play chess, share their impressions, joke jokes and, even if not always, but ADD ME IN DIALOGUE. It's nice to work with them and it's nice to share my experience: I suggested at random, and he came and absorbed the fact that level and level are two different things that are written the same in English and Estonian.
The month was like a roller coaster in terms of emotions. "woo, sport", "wow, vacation", "damn, I knocked out a guy's tooth accidentally", "fuh, he will live, and a ceramic tooth even suits him", "wow, another event", "uff, storm", "uff, all the tents were demolished", "what do you mean by "you all organized"?", "wow new team", " wow Ukrainians in the thread", " lol, the youth swelled on Malev", " OK, what's there in next month? "

Realy "What's in the next month"?

Well, everything is short. Saaremaa is beautiful, colorful, sunny, and seaside. The Defense League is, if not political, but a very influential organization. White nights are when it's dark only at 3 am and only a couple of hours. Measurements, distances, level - these are all numbers and are easy to learn in Estonian in practice. And 70% of Estonians, if they do not speak Russian, understand it for sure.
I do not fit into the paradigm of Estonian culture. But this is not my priority task either. I'm not here to get a residence permit, but to help.

And in August I already helped ... but that's a completely different story 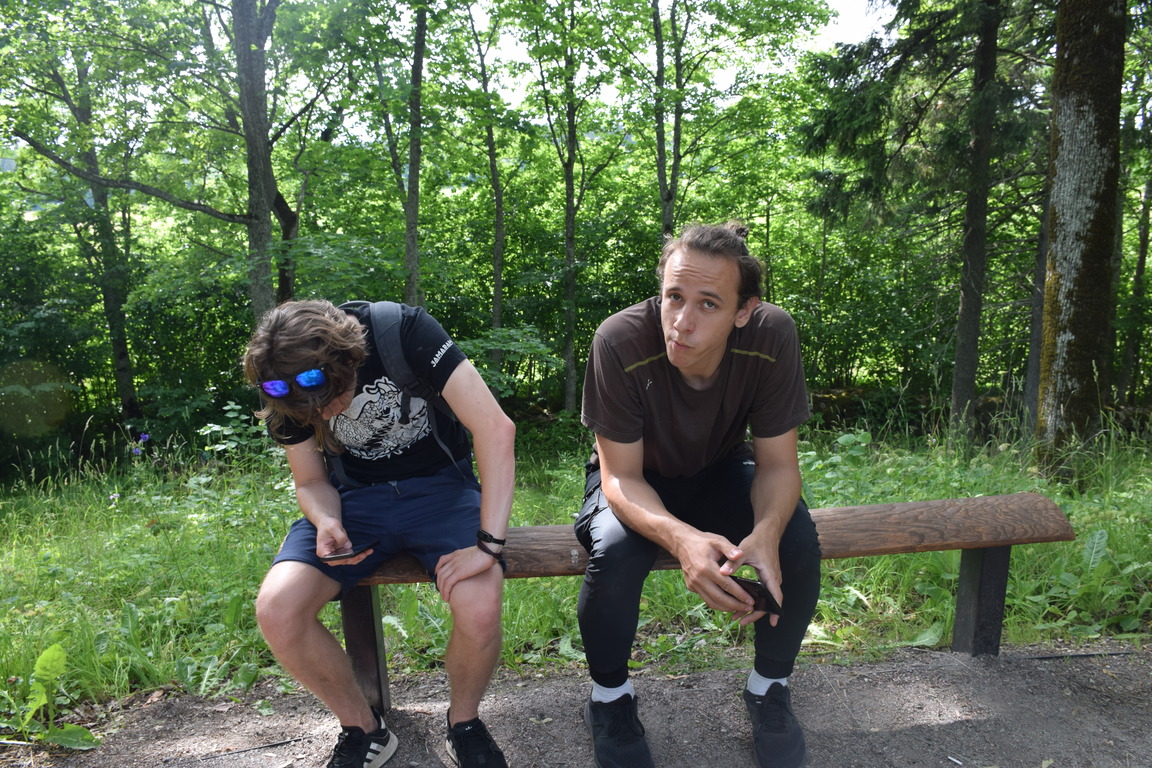 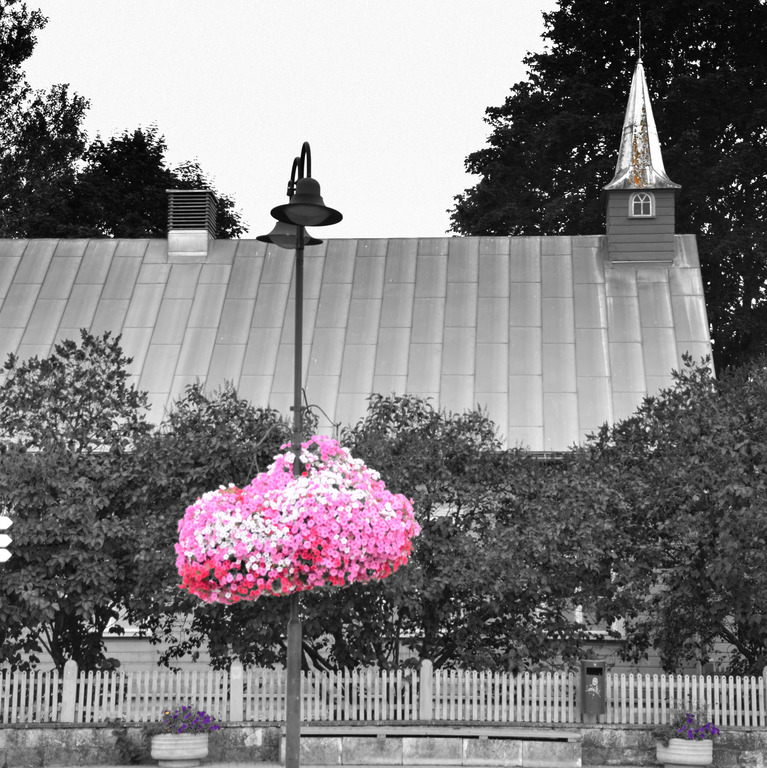 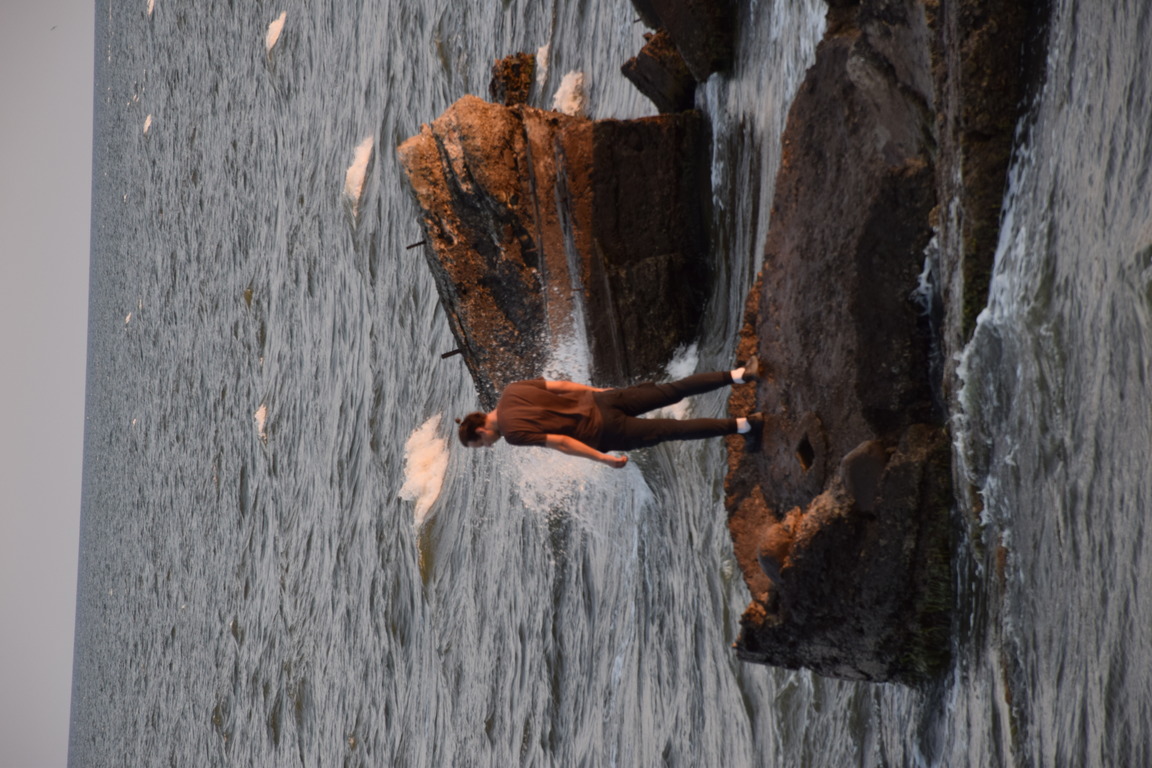