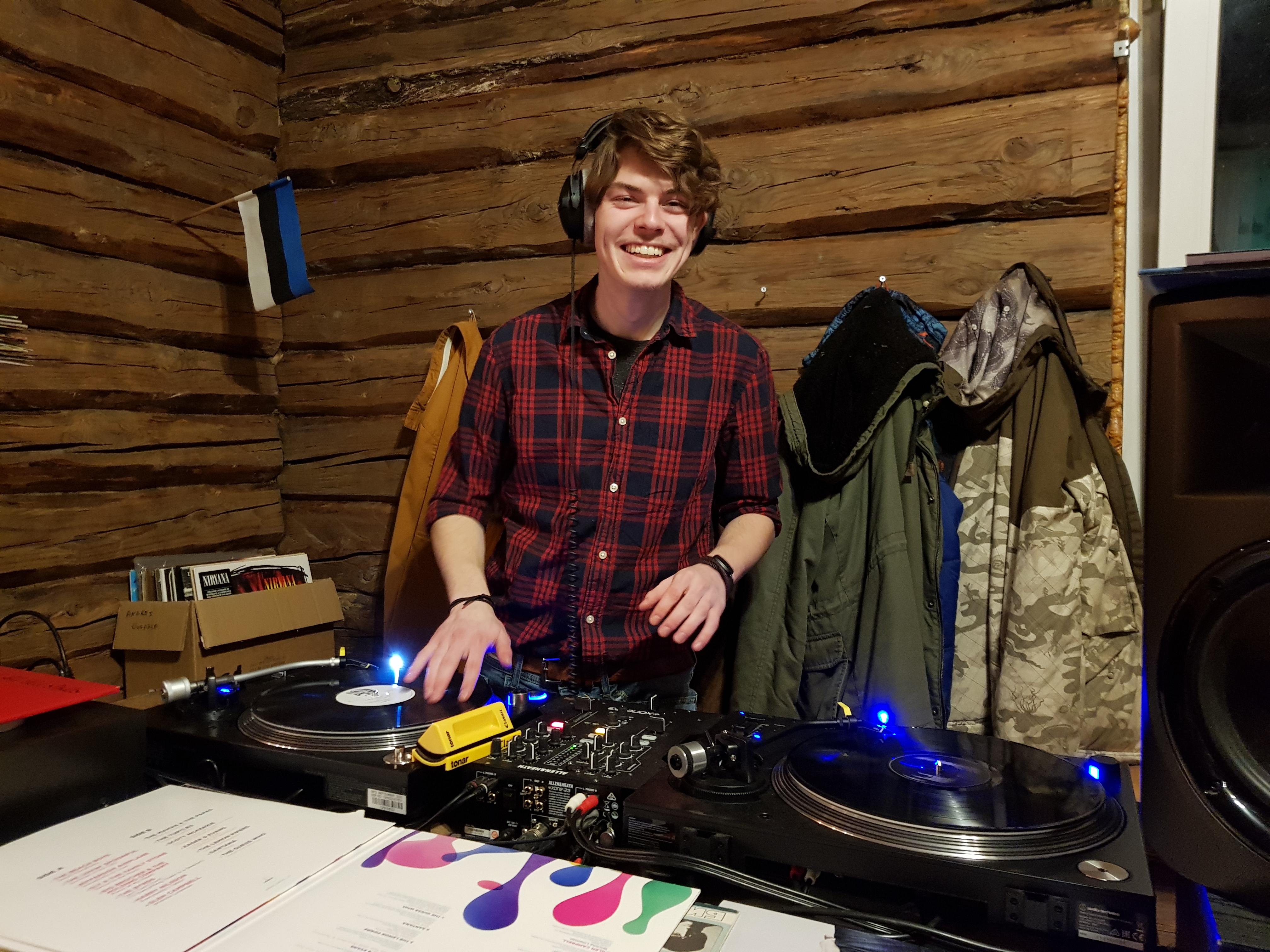 To start this Blog of I will tell you a random fact. This February was considered a perfect month. The first day was a Monday, while the 28th of February was a Sunday. So it was easy to name the day after hearing the date. Unfortunately, not everything was great this month in Hargla, even though we had some important days to celebrate.

The month began with a devastating news from home. Unfortunately, our cat got ill beyond recovery and had to be euthanized. The hardest part about this was not being at home for him and knowing he doesn’t recognize you through the screen of the computer. In the end I’m sure the whole family all mourned like it was best for each of us. Some in the presence, some in the absence and me sadly over 2000 kilometers away with a picture.
While the following days I thought a lot about him and even put up a picture of him in my room, I gladly was distracted from the work.

Vici and Matviy, two volunteers who are living in Valga, organized a treasure hunt for Valgamaa. That is the whole county surrounding the city, including Hargla where the kids had two solve some difficult riddles in order to gain the treasure. And because it is really hard for the other volunteers without a car to get to Hargla, it was my task to hide the tips and the treasure in the village. On the days the treasure hunt took place, the weather was actually great. The sun was shining, something that should happen quit often throughout the month. On the downside it was cold again...really cold. Since there were no clouds these days, the temperature was around -18 degrees on noon and in the night obviously colder. Something I could feel even in my flat.

14th of February. Valentine’s day, a holiday I normally don’t like, due to the capitalist idea behind it. And I personally don’t need a special day in the year to tell my girlfriend how much I love her. I do this every day.
Here in Estonia, it’s different. They don’t celebrate this day like western countries do. Actually, they call it “friendship day” and just acknowledge their friends through a simple card. A tradition I would love to bring home to Germany. One day prior to this holiday we let the youngsters craft cards they could give to their friends.

A long-term project of mine started this month. For my service in Estonia, I should organize a workshop that I can eventually lead on my own. After a long time of thinking, what I want to do with the kids, I decided to just do, what I do at home...sport. Consequently, the sport workshop was born where I will play some sport games on every Thursday. The first time was a bit rough. A problem occurred that I never thought could happen. Halfway through the workshop, all of the kids just left and I was just standing there completely flummoxed. Apparently, they really wanted to go to the corner shop to buy sweets and soft drinks, like they do everyday.
After they came back, we talked to them and it turned out to be a simple communication problem. For the youngsters it is normal to just go and come to the youth center how it pleases them. While this is true, they understood that it surely isn't a nice move to just leave while someone prepared something for them. But this is was just a one-off.

Madli and I prepared some activities for the whole month, from which the best two ones where a henna tattooing day and a pool tournament we organized with the help of a youngster. With the help of a local woman, everyone who wanted got a great tattoo motive, that looked great after one hour of drying.
The pool tournament was huge success. Sadly, Lady Fortune wasn't on my side this day and because of this I hardly admitted defeat in the semifinal after the black eight went into a hole alongside the white one. In the end I placed third and got a certificate and a chocolate bar, but most importantly I got the idea for an endless pool tournament in the youth center. 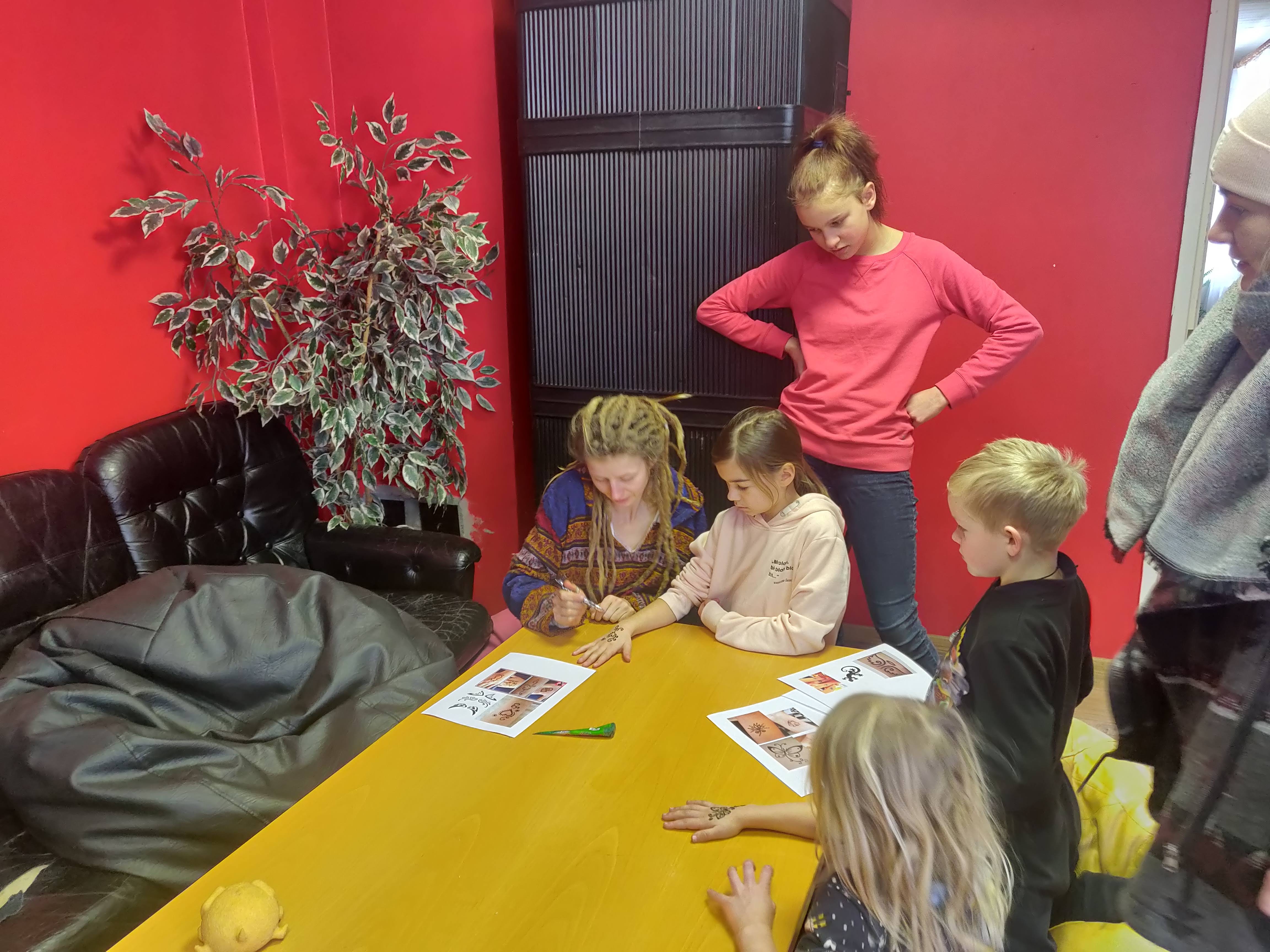 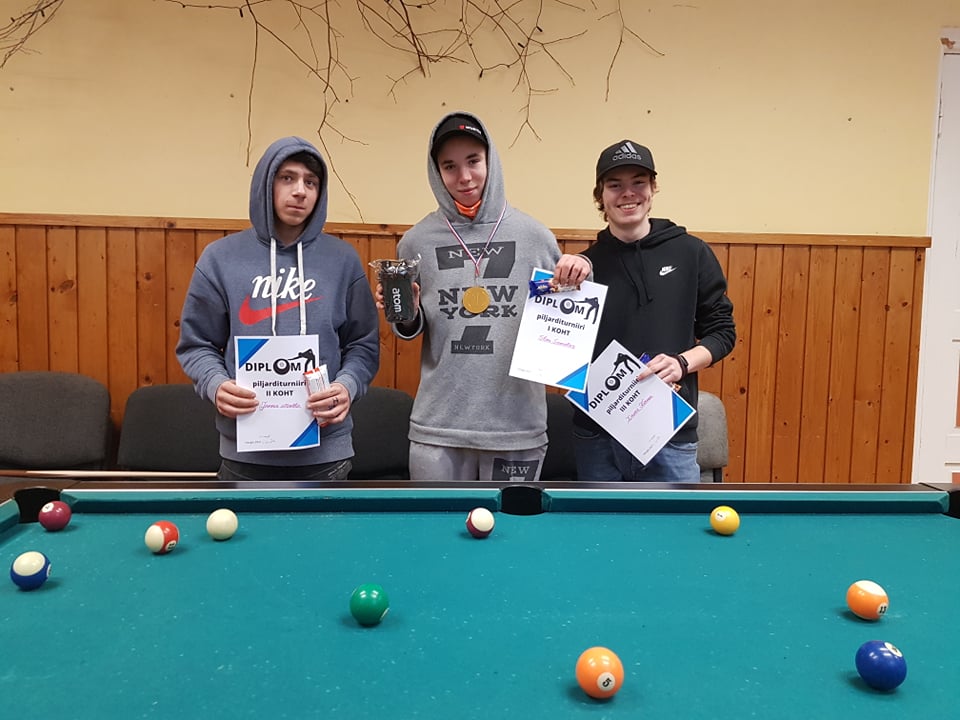 Halfway into the month I was asked by Vici, if I wanted to go to the city Võru on a weekend to meet some other volunteers there. The city is really cute and way more presentable to foreigners than Valga. Even though they got the most awkward light posts on the main square I’ve ever seen. Modern art apparently. We not only we just walked around the city, but also on the lake next to Võru. Yes, ON the lake. This wasn't just a small pond near the city. This was a real lake that was completely frozen and safe to walk on and if it hadn’t been so cold outside, I would have loved to walk completely to the other side of the lake. Next, we went to the flat of the volunteers, which has an astonishing view on the lake, but sadly just a staircase to reach this flat. There we sat down for some tasty pasta, a nice chat and local beer until the last bus back home had to end this fun experience. 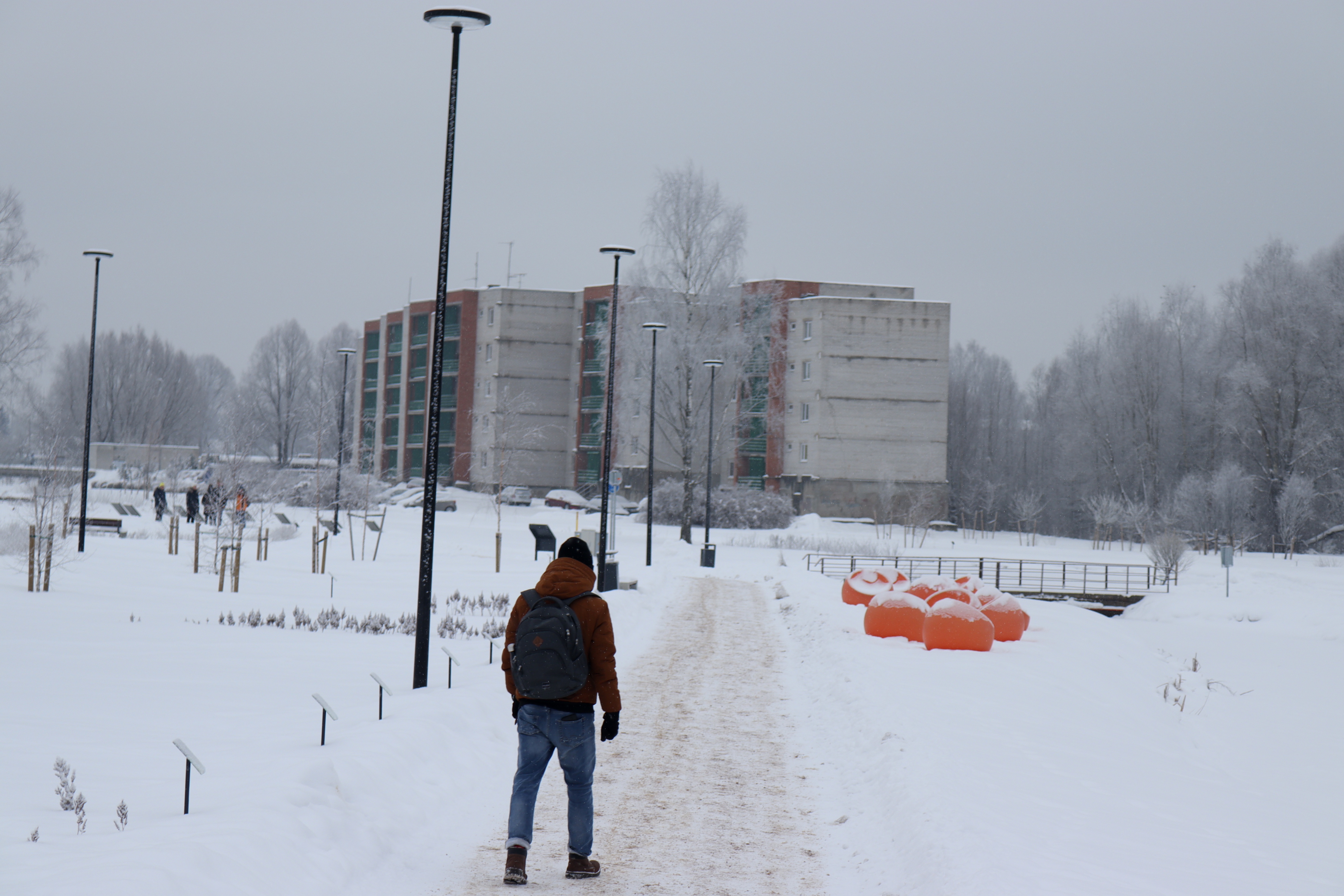 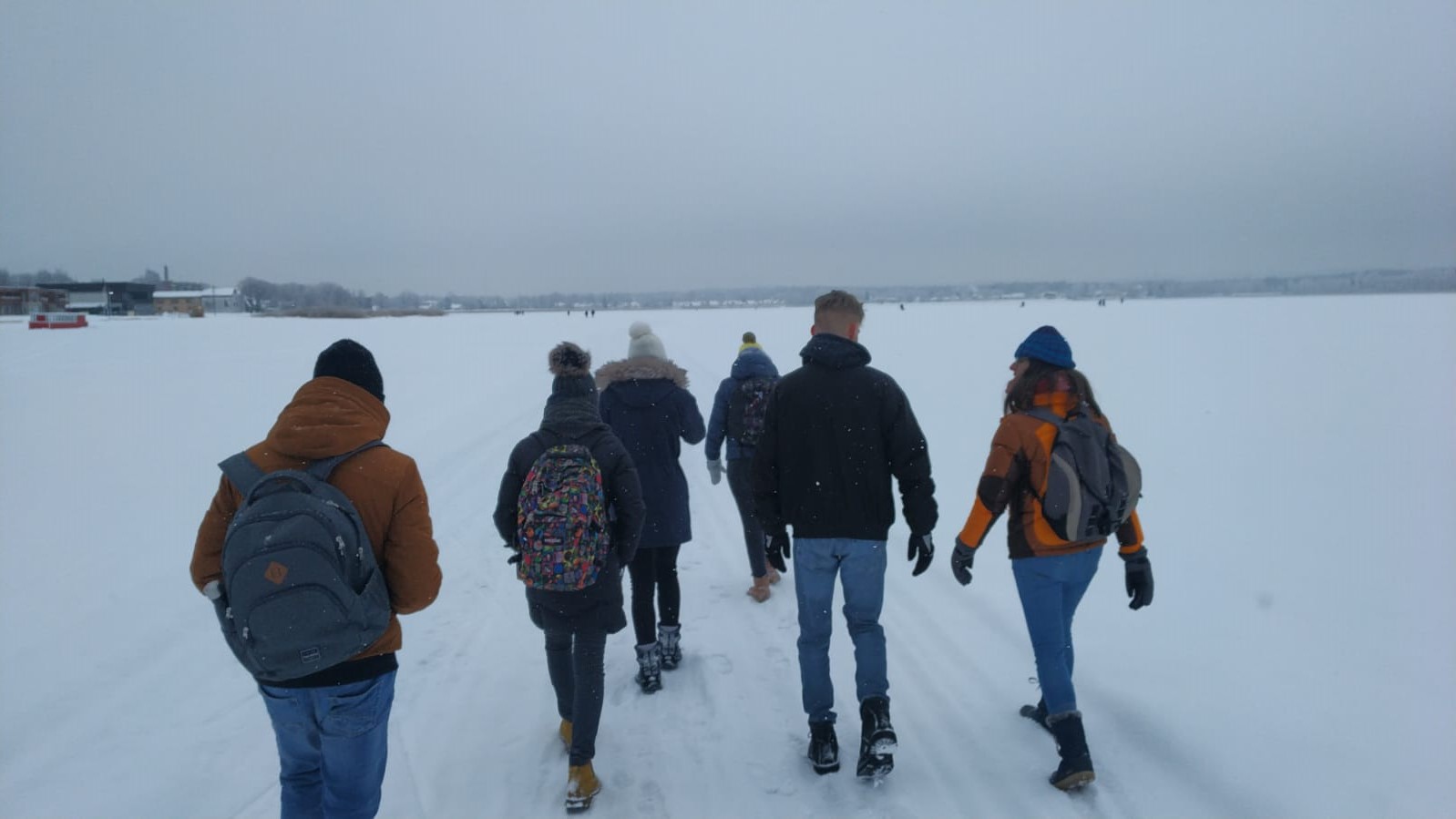 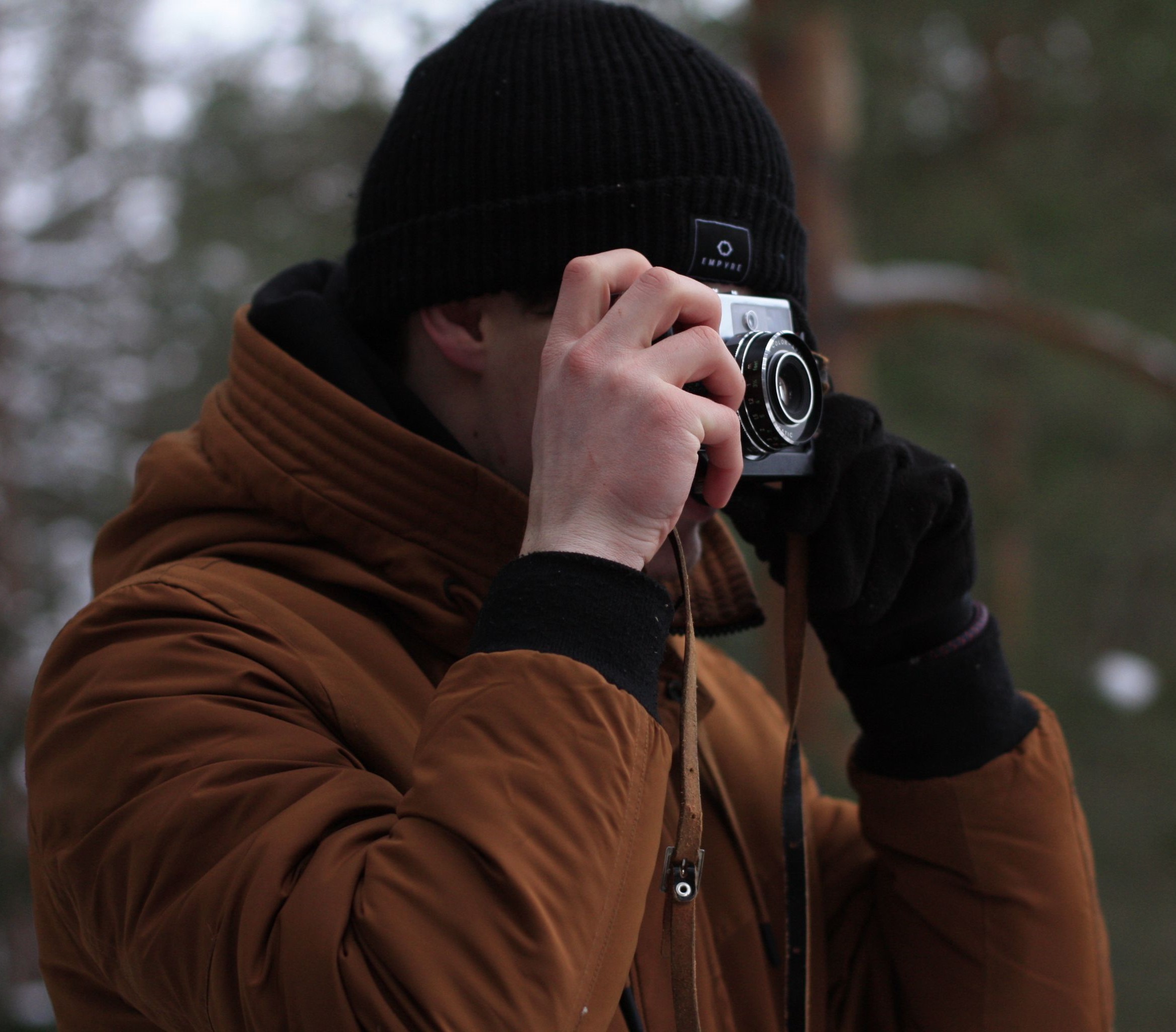 This February gave me another great experience on the 20th of February. Some older youngsters alongside Madli wanted to go on a small hiking trip for last couple of months. Due to the pandemic and other reasons it had to be postponed multiple times and this time they were sure to do it. Sadly, not everybody who originally planned on coming could make it work. So it was unsure for quite some time if we even go there or if it gets postpones again. The government, which announced some Corona restrictions for the upcoming future, made the decision easy and so we went for a night to the nature reserve Meenikunno MKA in the east of Estonia.
After driving for about an hour, we came to a forest hut which was also the starting point for our small hike. The problem for everybody while hiking in the winter in Estonia is the small time-window until the sun sets. The problem for me was a small injury I have carried with me for a couple of years now and gets worse when it is cold. However, we made it through the astonishing landscape of the bog and in time to our hut, where we cooked a rural meal. But there’s no hiking trip for Estonians in the winter without going to the sauna. Obviously, the hut had quite a decent sauna where the youngsters spend the rest of the evening, in the end I even joined them. 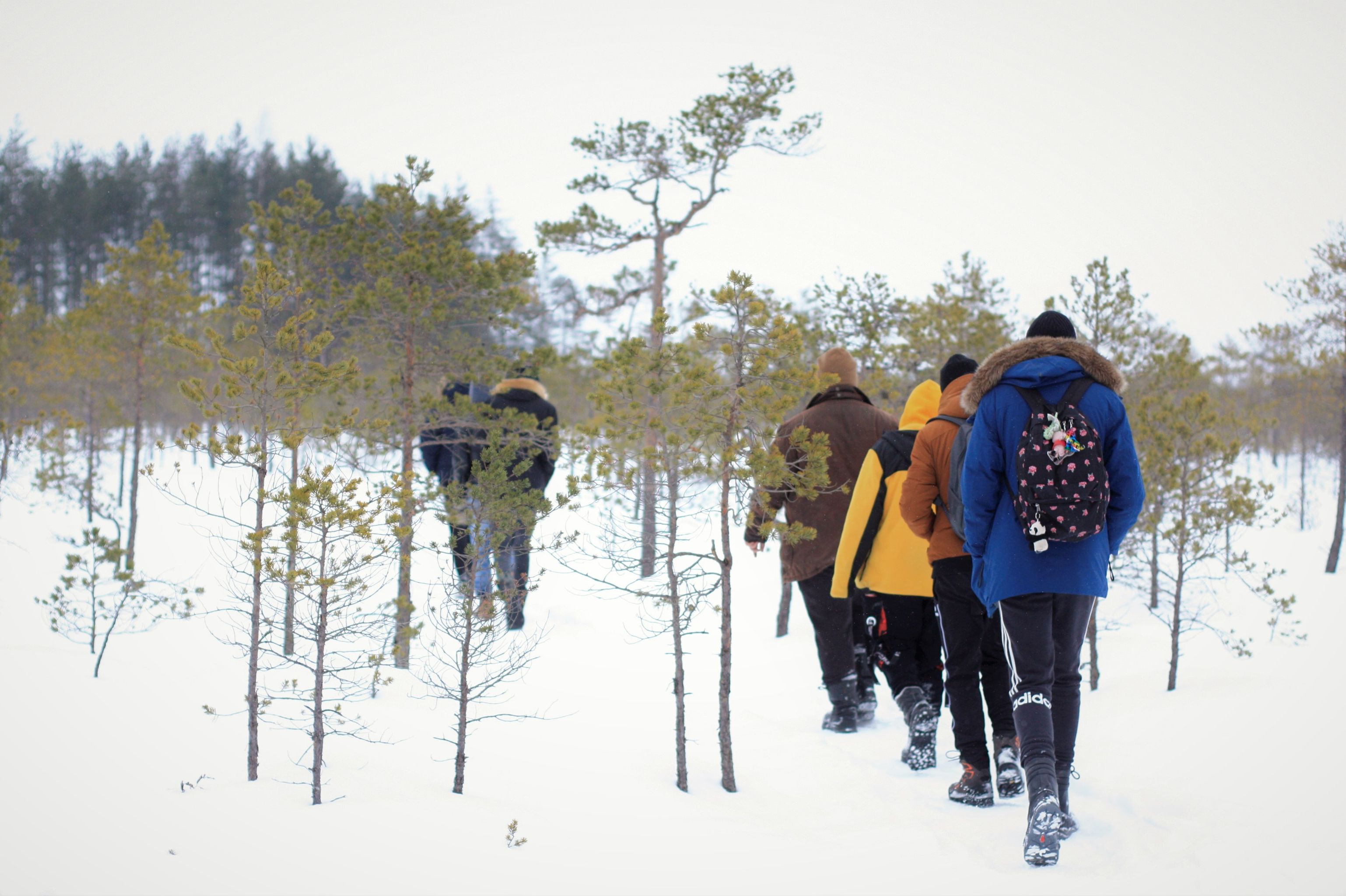 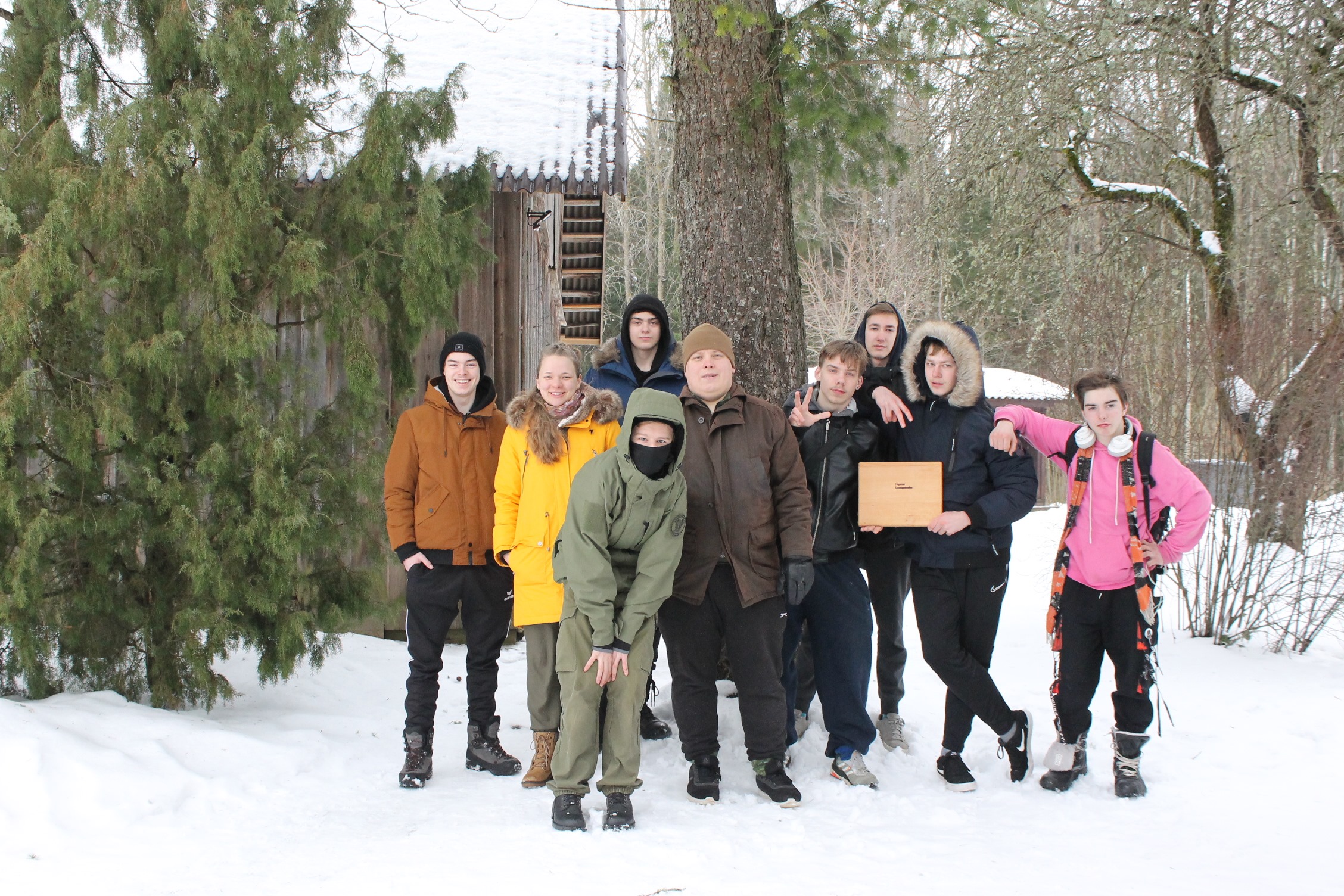 Then the most important holiday of Estonia took place. On the 24th of February 1918 Estonia became independent for the first time. They eventually had to gain independence again in 1990, but the official Independence Day is in February. On this day, there’s is the tradition that the Estonian flag has to wave in front of every house, a tradition that I, as a German can’t fully get behind.
On this special day I was invited alongside some other people from Hargla to Madli and her boyfriend’s place. At the party I mainly learned to things. I literally have no talent to be a true DJ and every real Estonian party starts with a shot of a high percentage spirit. In this case Absinthe. With this as a start it was way easier to talk with everybody on this evening.

Now you are properly thinking: “What wasn’t so great this month after the great things I wrote?”.
Well, the government came to a decision to completely shut down the youth centers in Estonia for the remaining month and the whole March.
Right now, I don’t know if I should be happy about this or not.
On one hand the Corona numbers terrify me and the country really should’ve started doing something. On the other hand, I came to Estonia to work in the youth center with youngsters and it feels like they are closed more often than open, which makes me sad.
Nevertheless, this is not the end of the world. We still can organize projects outside and if I look on the bright side. I have a lot of time now to see the different landscapes of Estonia. There's always something good to do while being abroad.