ESC Blog: My return to Hargla 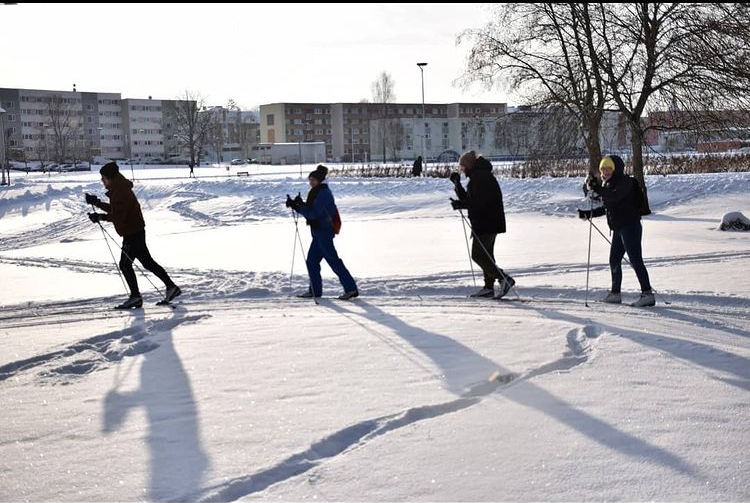 For me, the new year started with the same problems as the last one. Corona and the associated quarantine. After spending the first few days of 2021 in Germany I flew back to Tallinn from the new airport in Berlin, where I got tested for COVID-19 free of charge. I’d like to talk about how beautiful the capital of Estonia is, but city exploration doesn’t come in handy with a suitcase and a tired body and mind after two days of traveling. When I finally arrived in Valga and was picked up from my tutor, I barely noticed the snowy landscape of the country that build up over the time I spent in Germany.

So there I was again...quarantined in Estonia in a small village, but this time it was quite cold outside, so I had no intention to go for a walk. As a result of this not being my first quarantine, I consider myself an expert of killing endless hours in solitude.

In the end, a good thing actually came from this time. For my second test I had to go to Valga at a time where no bus was driving and because of this I was able to meet my two mentors for the first time. On top of this, I didn’t need to cook anything for myself this evening due to them buying me a pizza from a local “restaurant”. While I was stuck in my flat, a promising opportunity occurred for me. The On-Arrival training that is recommended in the start of every volunteering stay. Unfortunately for the youngsters, it was scheduled for the week after my isolation would be over. Also it was sad to hear that this years training will be held online. But nevertheless I still joined the training with the certainty that Vici the Austrian volunteer from Valga will also participate. The kids in the youth center where really eager to see me again on Monday but at the same time I had to tell them I will be gone again until next week due to the training.

So it began and I had no idea what to expect from this. But damn, that was without doubt the most boring experience in the past year. Even back in school it was more fun to talk about statistics than this. Still, please don’t get me wrong. I actually think this is a useful thing for someone who arrived just a couple of days before the meeting, but for someone living in Estonia since November there was nothing new to gather from this. Also I believe it would have been great meeting up personally as it is intended but I understand that this just wasn't possible given the circumstances.

Finally the day came where I could return to the normal working days in the youth center. The youngsters where happy to see me and Madli started to torture me every day with mandatory Estonian vocabulary. Everything went fine except the behavior of the youngsters. While I was still in my flat for the training, a fight broke out between two boys resulting in a hole in a door and guess what… it was about a girl. It feels like every youngsters hit the critical phase in puberty where everything gets a little messy. I just hope we can solve those issues in the next months because the wrong constellation of youngsters is really affecting the environment in the youth center. 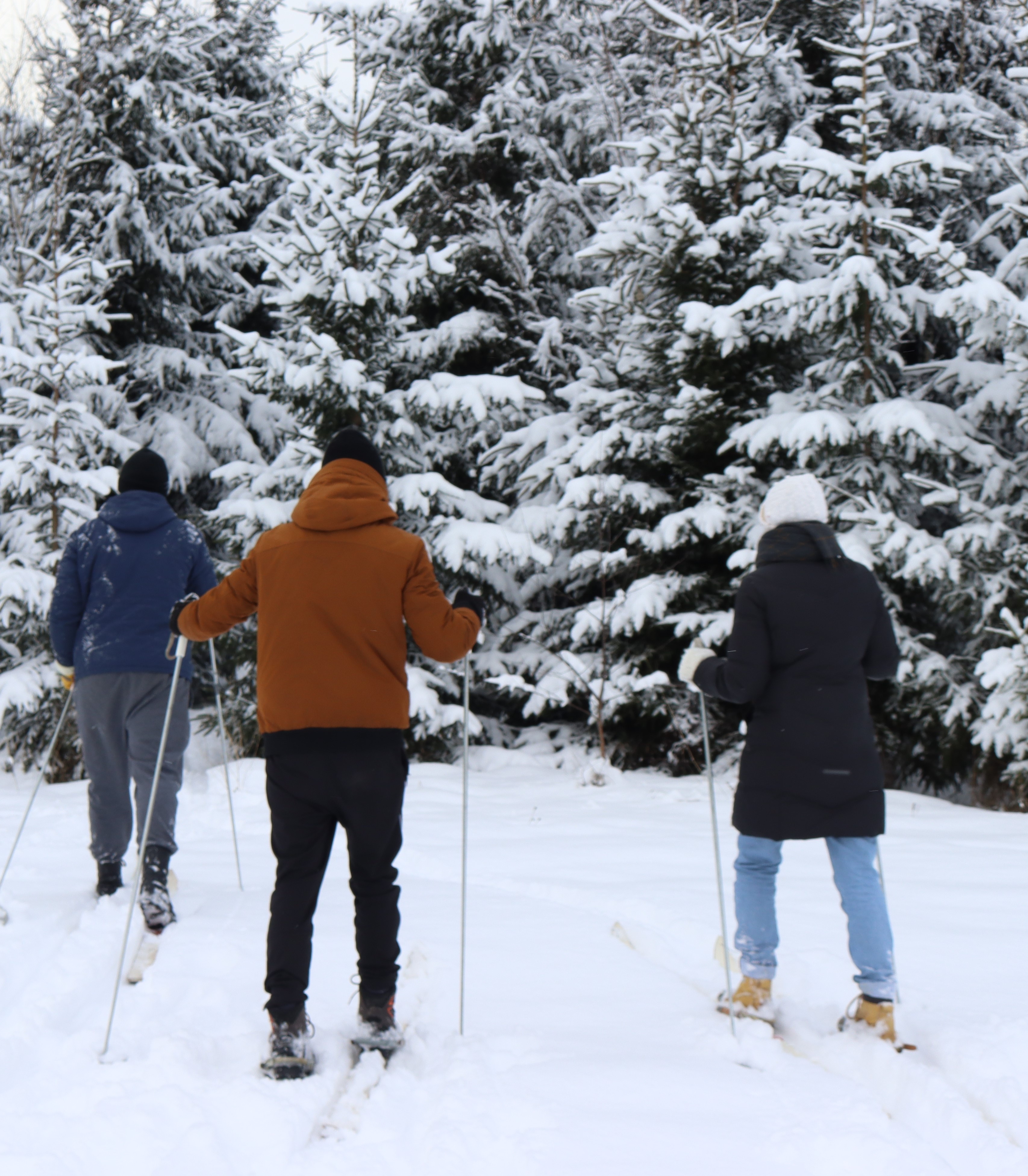 -18° celsius. We are not talking about those numbers in the middle of the night but more likely throughout a sunny day. This is, thinking about it, a little bit terrifying. We are talking about the feeling of your lungs freezing with every breath you take or your eyes starting to shed tears. We are talking about the day me, Vici, her flatmate and two friends motivated enough to go cross country skiing just because we missed the sun so much. And even if the pictures a looking great, I can’t recommend it to anyone. It speaks for itself if the Estonians asked us if we went insane...

But now for the most important day in January. I was able to participate alongside youngsters and other volunteers from the region in a so called survival training organized from the Estonian Defence League. This is the name of the unified paramilitary armed forces of Estonia and they often have projects with youngsters because their reputation is unlike to Germany very high. What I was told it will gonna be is a ruthlessly walk through a forest with a backpack. Actually it was pretty chill. We were shown how to build up their newest tent, how to make their skis ready and which sort of things we can make out of a tin can. Believe it or not, you can cut a hole in it as use it as a candle socket.

The highlight was yet to come. We were offered to take a bath in the frozen lake in order to learn how to get out of the ice as good and fast as possible. Without hesitation I put away my clothes got into the lake shouted very loudly “f*ck” to deal with the sudden coldness and was outside as fast as I went in because the warming promise of a sauna was waiting. 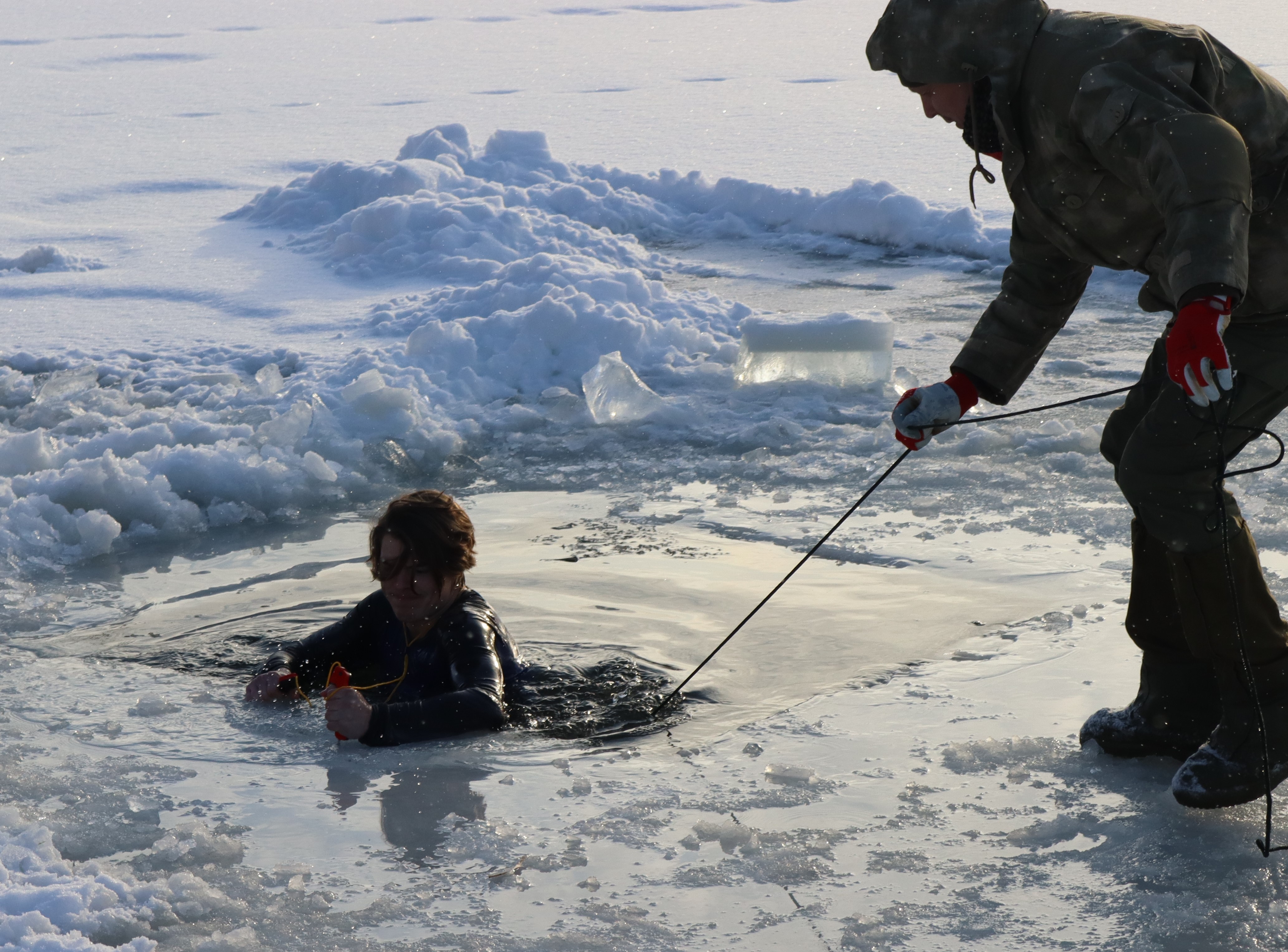 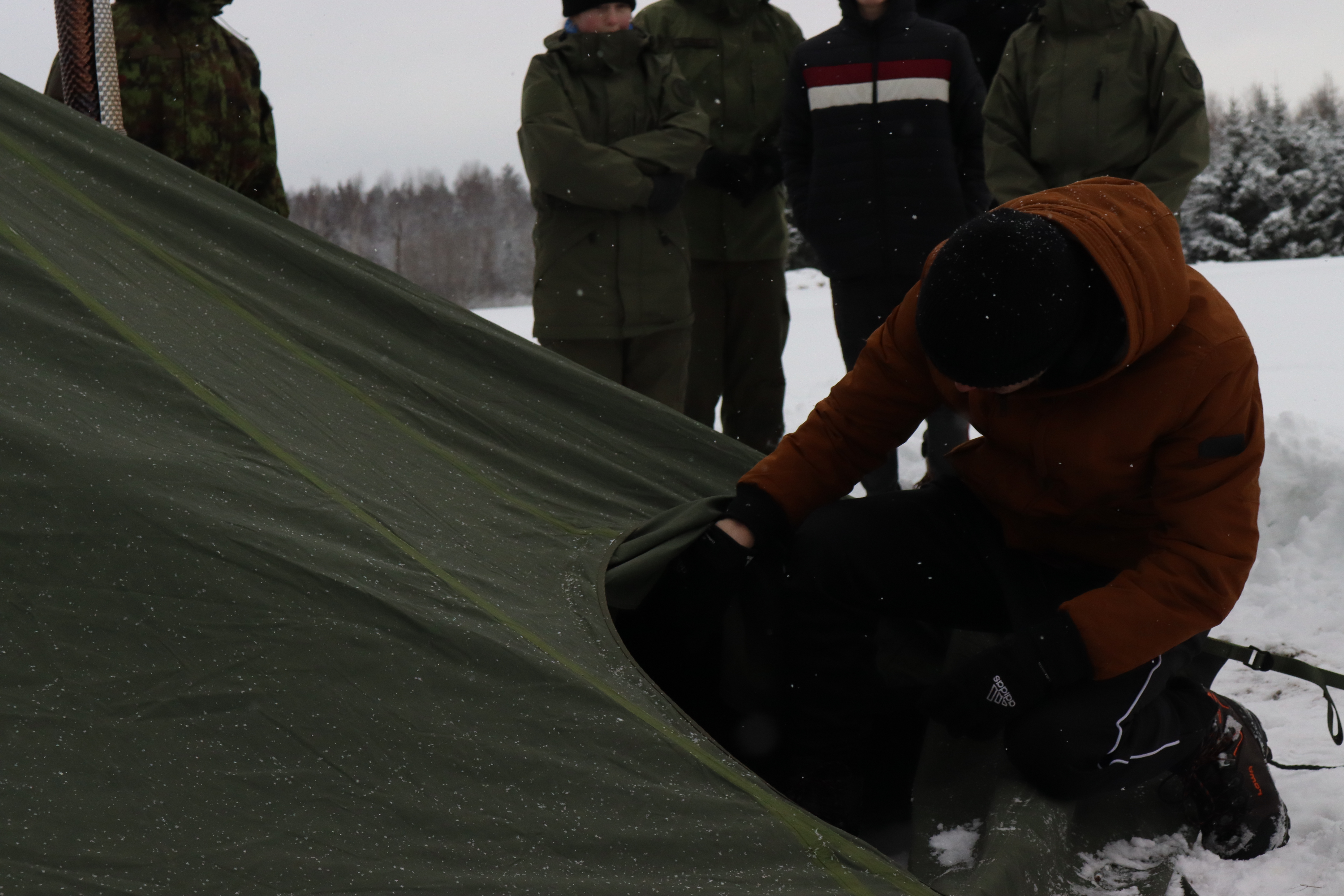 I actually learned from this training that I really have no urge to break into ice on water, but in the emergency I now know what to do.

This already is the wrap up of the first month in 2021 and my third month as a volunteer in Hargla. As you can see, one can also write a lot of stuff about a quarantine if needed, but eventually I hope the next month has more for me in store than sitting in the flat.