December has obviously been dominated by near constant Christmas music from every possible outlet. I suppose now it at least makes sense, whereas in November it's infuriating beyond belief to be reminded that the end of the year is nigh..

Not that it isn't annoying right at this moment as well.

With Christmas quite literally around the corner, and not a very big corner either... actually thinking about it a little bit more it's more like running around a circular building. So no corners really.

Although in all honesty it doesn't quite feel like Christmas with the weather we've been having.

There was a tweet made commenting on how “black Christmas” sounds a lot more like a Nordic death metal festival than what Finnish people call a Christmas without snow. Nevertheless, it looks dangerously like this Christmas will indeed be a black one. (2020 vision: No snow for Christmas)

Not that there won't be metal anyway, but that's just cultural. 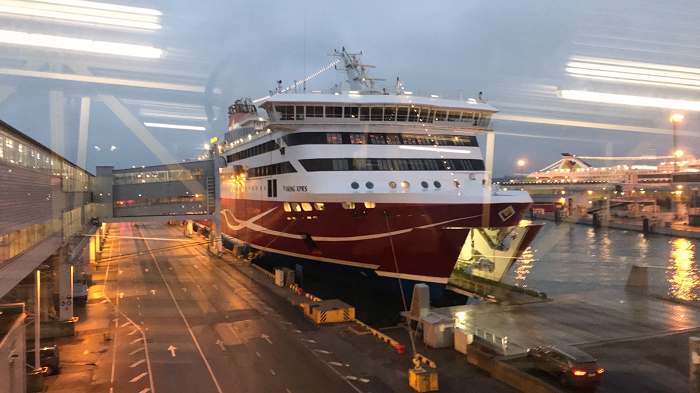 As I'm writing this bit, I'm currently on board the ferry from Tallinn to Helsinki, to spend the holidays with my family. The seas are dark and calm, and I'm having mixed feelings about setting foot back on my native soil for the first time in almost nine months. Although it will probably be nice to see the family. (Update on the return trip, we had some high seas, so it was funny watching people in sync take a step to the left and then a step to the right as the boat rocked.)

Work has been somewhat heavy on arts and crafts, as one can expect of the season, and I even managed to snag myself an elusive glue gun burn. Still, the quick crafts craze with the glue guns proved itself at least a little useful in making some decorations for a small tree in the centre of Valga. 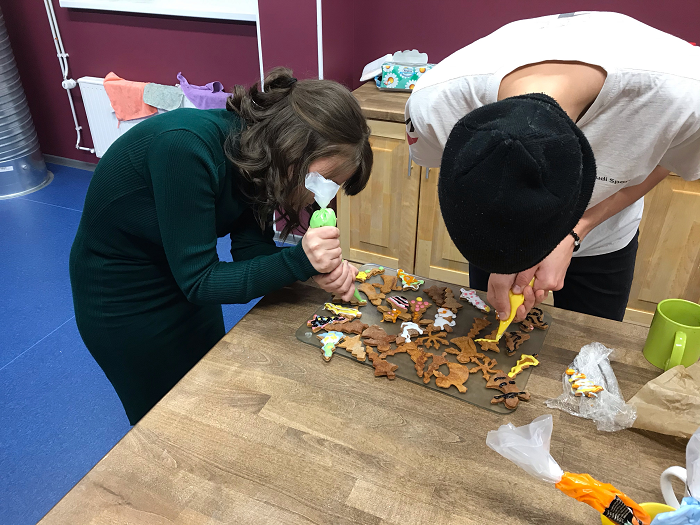 Last gingerbread of the year

Somewhat related to that project we also had to cut about three million billion kilometres (read: about 8ish meters) of foam to be turned into these incredibly weather resistant flowers which were also used as decorations. 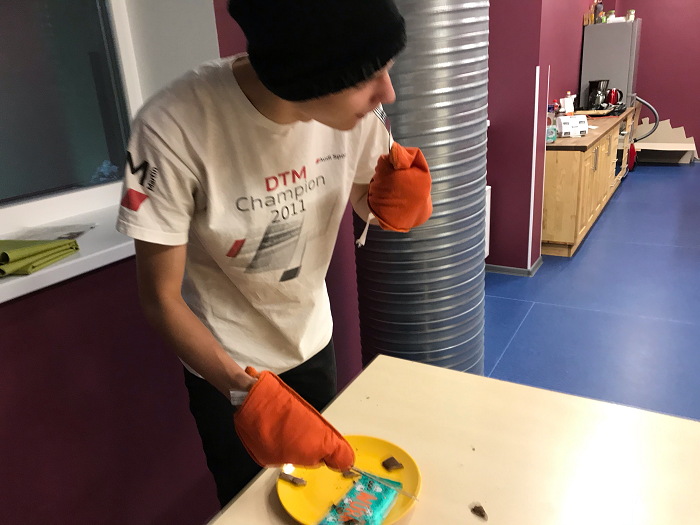 Chocolate eating game. It was an obvious success.

In the vein of things, we also had a Christmas party with the other volunteers. This involved watching the two Home Alone movies (isn't it great how they chose to only make two of those instead of milking the series to death?) and criticising the parenting of the McCallisters. I mean, seriously, two years in a row is serious negligence. And the mom is oddly nonchalant about the prospect of losing her child for a second time. Hmmm....

Also Stuart Little was ruined for me when it was pointed out that the other kids must feel pretty terrible having a mouse picked over them. December has been weird, y'all. 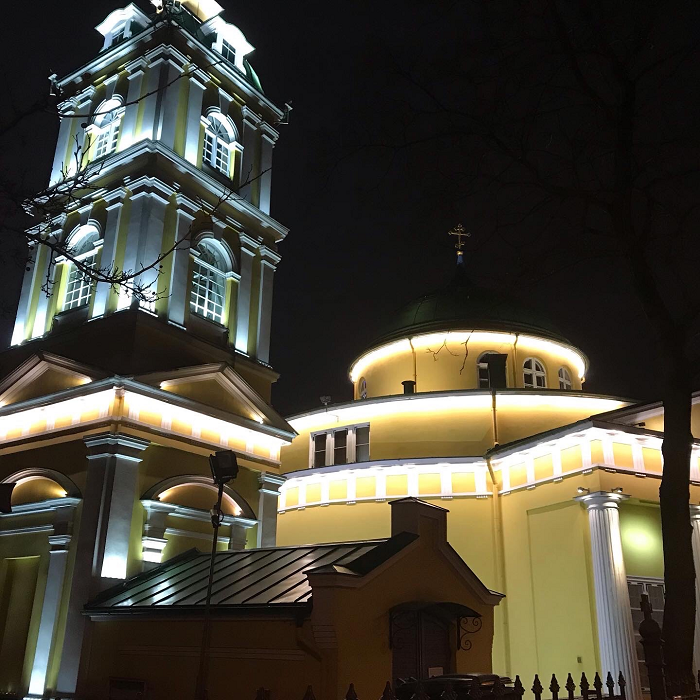 Obivously December ends with New Years, so I went to Riga to celebrate that particular occasion. It was very nice, as I have not been there before. Which seems a bit weird seeing how close it really is, but such is life. In truth, it reminded me much of central Helsinki.

The fireworks were lovely. 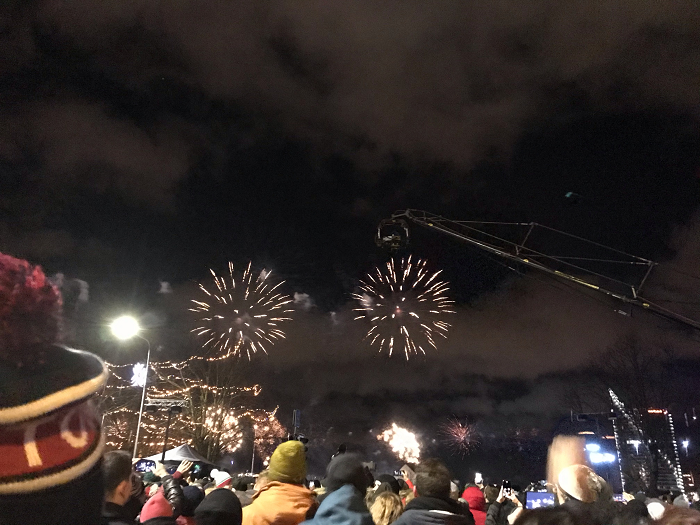