The year 2019 was crazy, but of course in a good way, and especially the time here in Estonia passed very very quickly.

And now, we are in the beginning of a new year which will bring again many adventures. Adventures here in Estonia but in 2020 I will probably go to Vienna, too – a study life will begin for me. But, because of the fact that December was one of my best months here in Estonia, I have to let you know some things that made the last month in 2019 so special!

After the first two weeks of December in Sweden, the first thing that happend in my youth center was backing Peppa Kook (gingerbread). So, quite a good start in the advent time here in Estonia. The youngsters decorated the gingerbread with a very very sweet glace as you can see in the pictures. 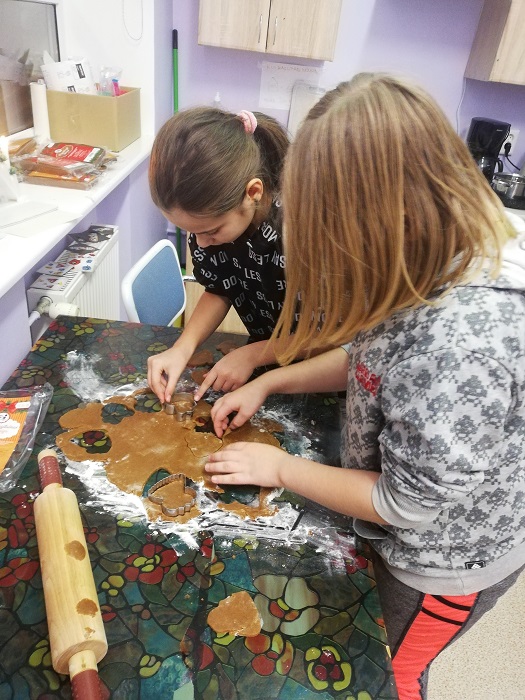 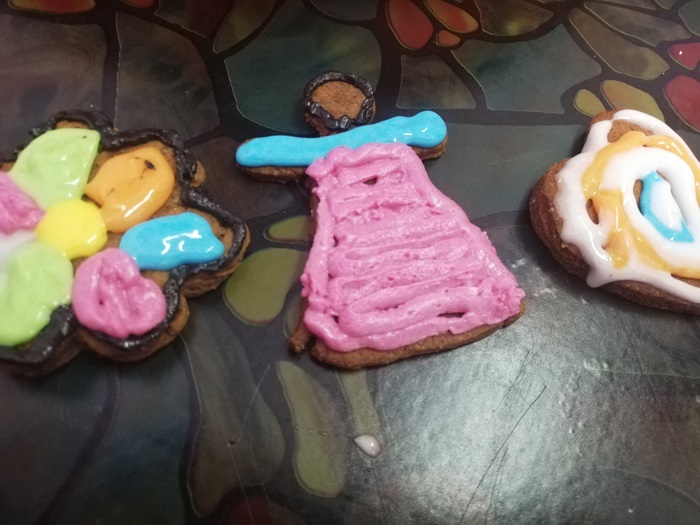 But not only backing was part of the christmas time in the youth center. We also had the chance to make some christmas decorations for a christmas tree in Valga. With lots of handworking hands, we created some nice, at least in my opinion, leather decoration and after all there was a little christmas tree of Tõlliste Youth Center on Valga main square. 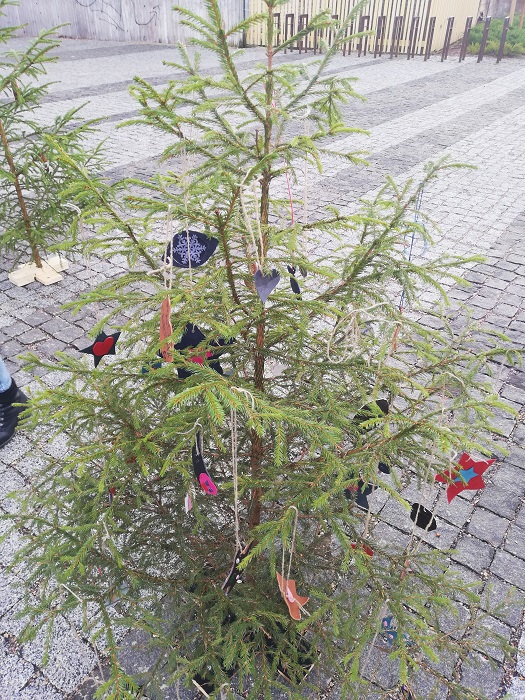 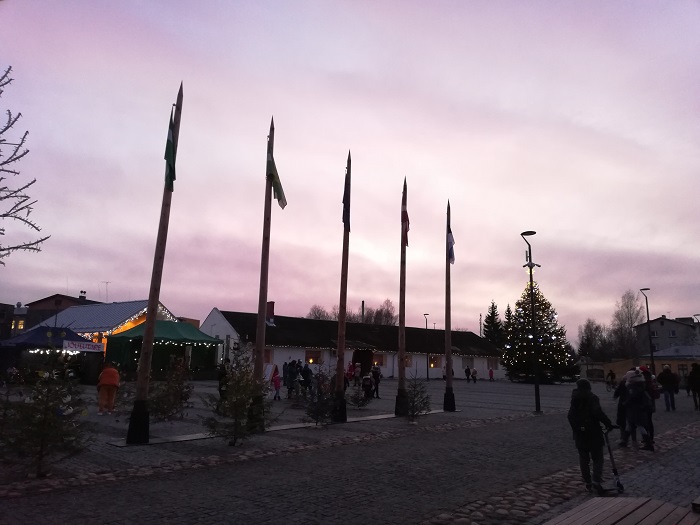 Furthermore, we also made an advent calendar with sponsored things, like reflectors or pencils, from the police station, defence league and parish house. Thank you very much again!

And now to my holidays in Sweden : It feels like it was yesterday that I entered the ferry in Tallinn. I was a bit nervous not to find my room because the ferry was huge! But, in the end, I found my cosy room :) After 16 hours on a ship, I landed in the beautiful Stockholm and the most exciting thing was to see a very good friend again. We explored Stockholm together, vistited a museum and a looot of cafes because of the simple reason – the cinnamon buns. 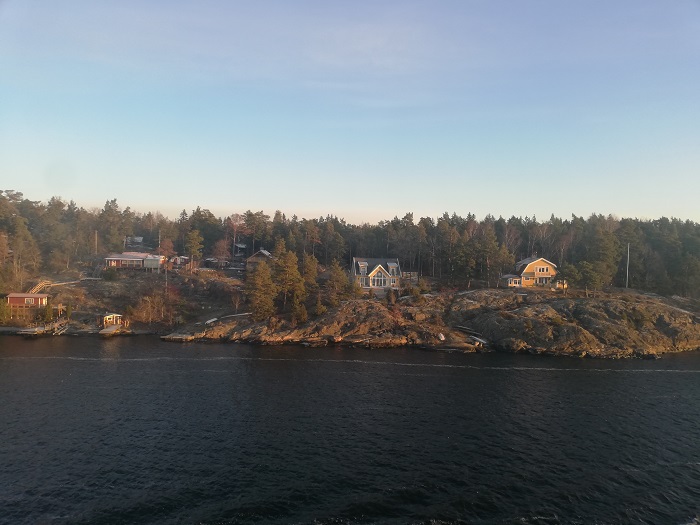 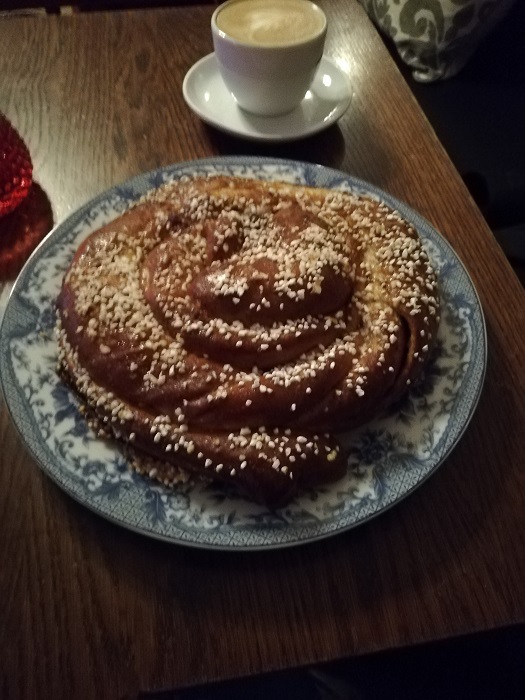 Our paths also led to Uppsala, a very nice little city near Stockholm, and to Gothenburg on the complete other side of Sweden. We were therefore able to enjoy the swedish landscape from the train window. ;) And again, we walked a lot and went in cafes. One of my highlights, but to be honest the whole Sweden trip was a highlight, was Skansen. It is an open air museum in Stockholm with lots of different buildings and in the inside you have the chance to see typical and traditional swedish things like a backery for the typical swedish crispbread or an old swedish school. I had the feeling of being in some Astrid Lindgren movies like Madita which was by the way one of my favorite movies as a child. I had a great flashback to 2008 or something around this year! 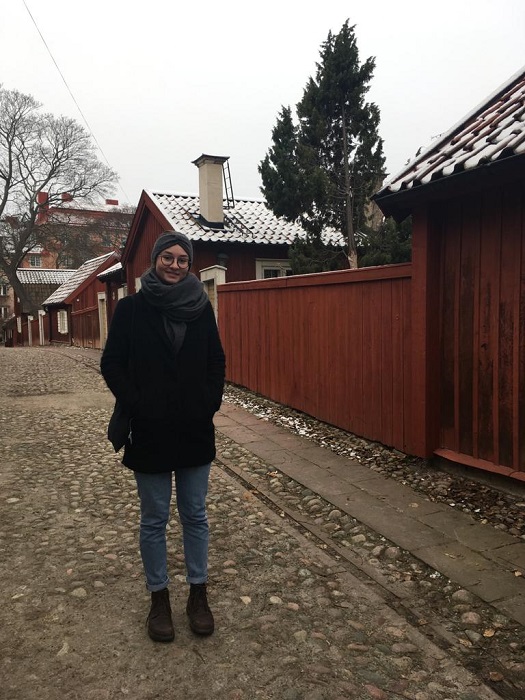 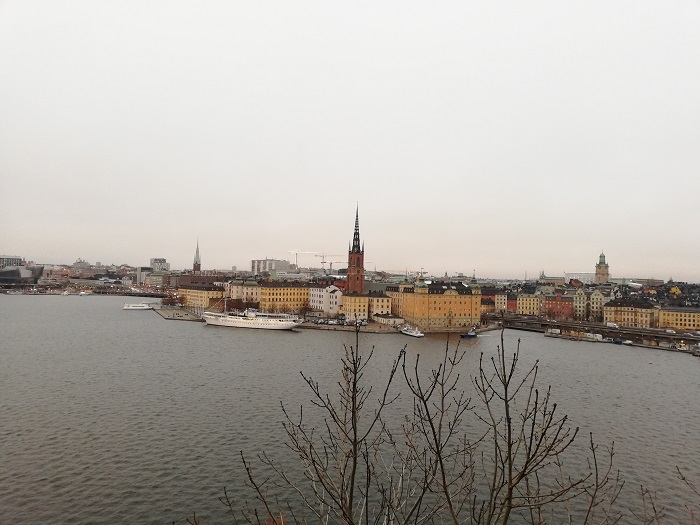 After two weeks of exploring Sweden it was time for me to say goodbye. But, one thing that I decided was: It was definitely not my last time here in Sweden. Maybe someday in an university in Stockholm .... who knows? :) 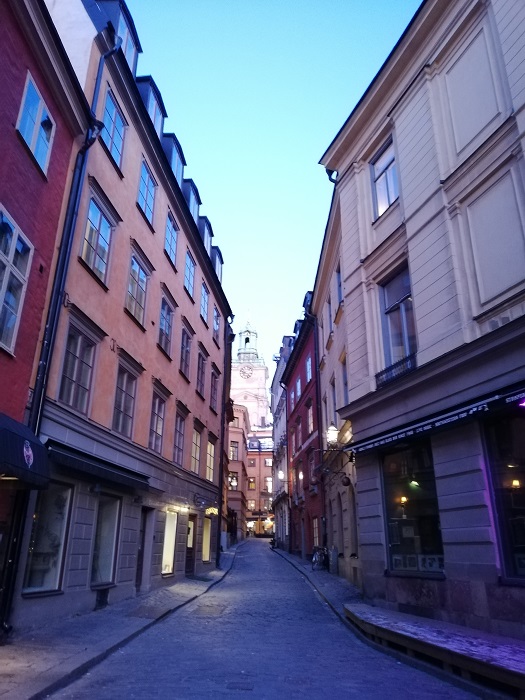 The way back to Tallinn however, was not as good as my way to Sweden. I found out that I can get seasick! The wind was very strong and the waves hight. But anyway, we survived luckily! It was not Titanic! 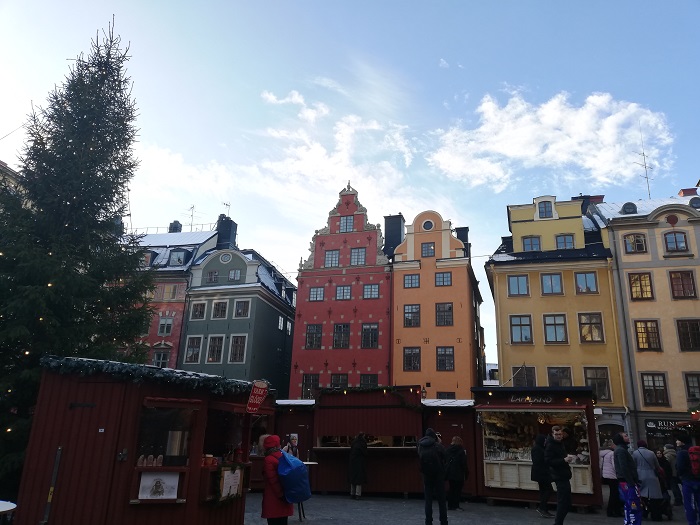 And I also got to know that my flatmate will leave – to sunny spain. Oh, hopefully we will have some snow here in Estonia! But, to be honest, I am getting used to the darkness and coldness. It’s not that cold as I thought! ;)

One thing I also have to mention is, even though it was in the end of November, was my birthday. I had a great time with youth workers and also with volunteer friends :) I have to say it was one of my best birthdays ever!! 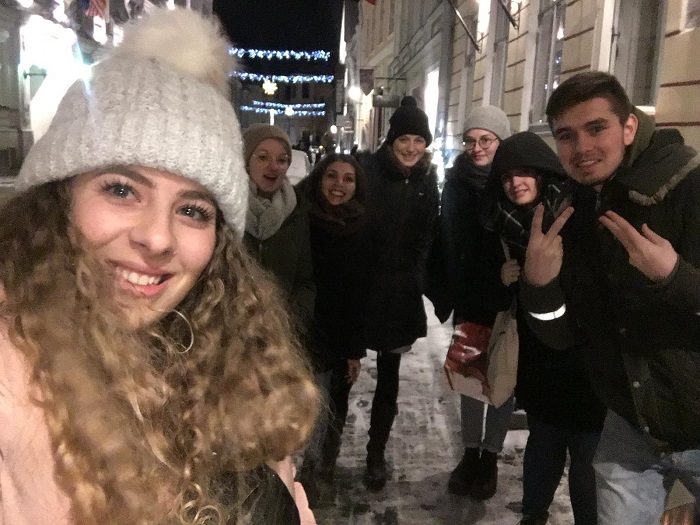 Moreover, this year I decorated even two christmas trees and I worried that this will not happen this year but no! I have also one in the flat which is sadly but surely, already dying. (losing the needles) We gave our best with the decoration! It’s not easy if you do not have a lot of amount of threads. ;) 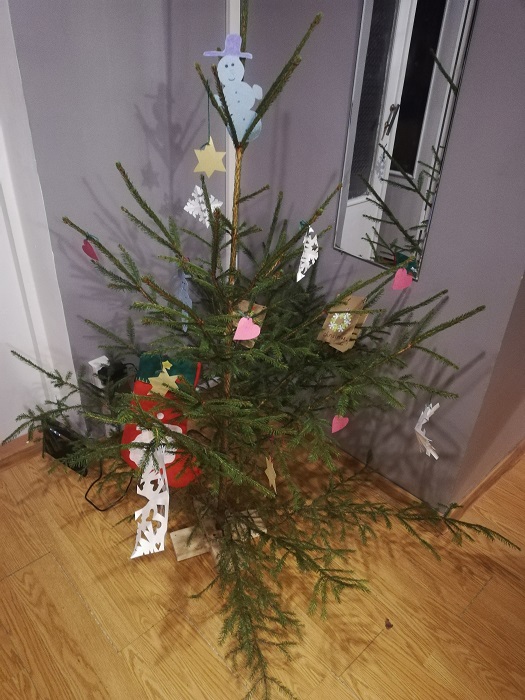 And then it was already christmas. I celebrated together with a friend and we went to a christmas event in a church in Tapa. It was my first time in a church during christmas. I have to say it was a very nice experience. It was interesting even thought I did not understand everything but we sang some christmas songs in estonian which we have in Austria as well so I knew the melody. ;)
Cooking, cooking and again cooking as well as ice skating.This was aslo the program of my christmas this year. 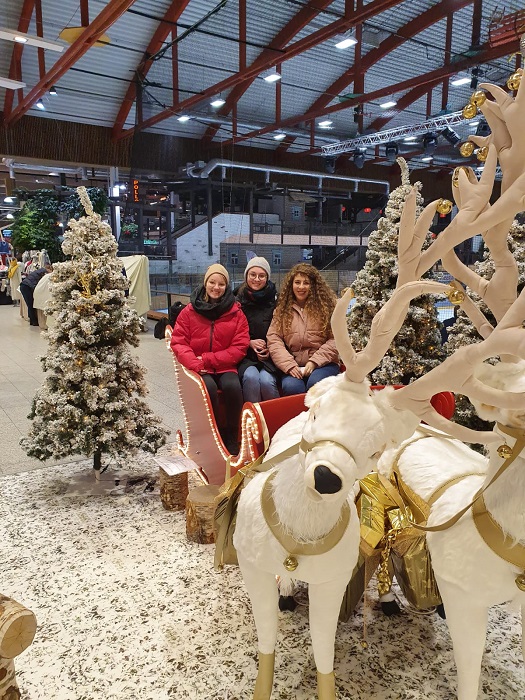 With another volunteer friend we celebrated christmas again on 25 and 26 of December. But this time in Tartu with the amazing christmas market! 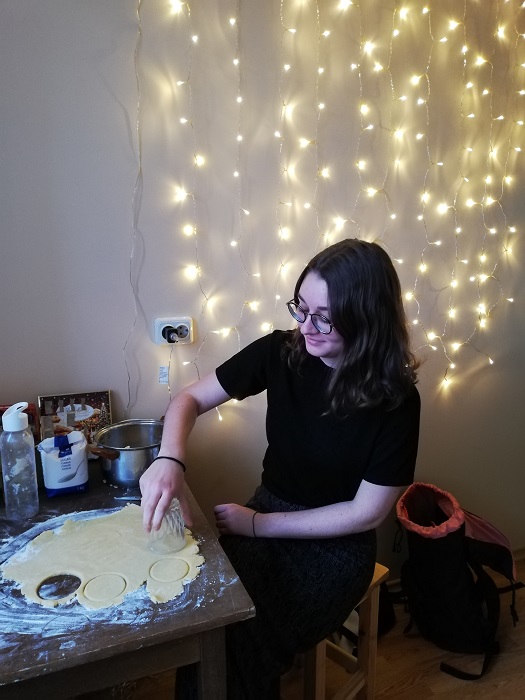 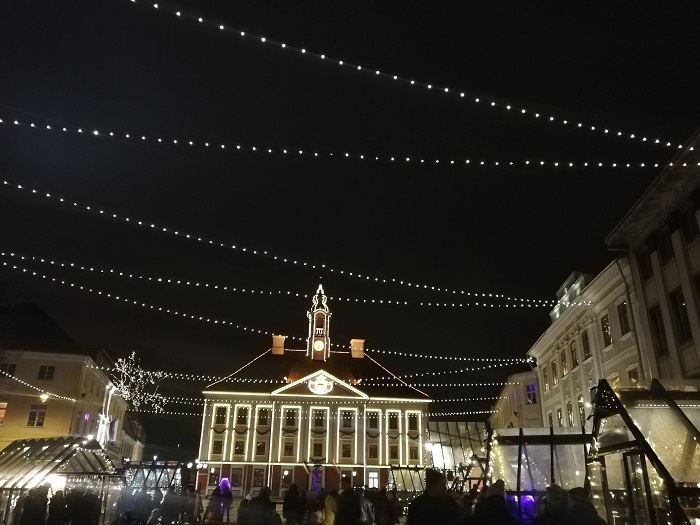 Last but not least, the year 2019 ended with a wonderful New Years eve in Tallinn! Even though I lost my scarf, it was a nice start in a new decade. It is unbelievable how fast time is running. 2020!!! Anyway, I am very thankful for the experiences and memories of 2019 and I am curious what will happen this year.

Happy new year to all of you!

Some words in german: