This month was truly what one could describe as a summer of youth. Sadly, that youth wasn't mine.

This month only saw me work at the youth center in Lüllamäe for only a number of days before it was time to pack my bag, regret not having a smaller bag (always a sign of a devious foreigner), and settle in for the wait for Malev to start. What followed was twoish weeks of non-stop teenagers and more rap music than I would normally hear in six months.

In our brief time at Lüllemäe we took charge of tidying the youth center for the month that it would be closed in our absence, but one thing that didn't cross our minds was the fridge. My tutor later told me that her group of youngsters had cleaned out the fridge, and had found a carton of milk so off that it was nearly spherical. At that moment, I was rather pleased to be stuck on a farmhouse in the middle of fields rather than at work. 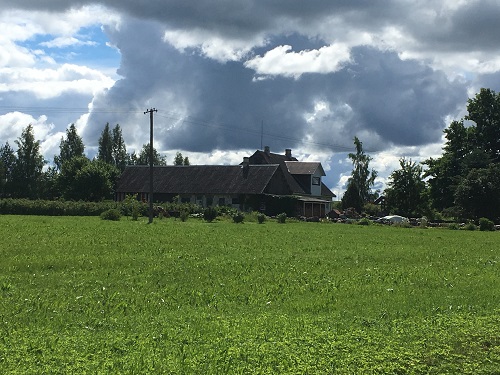 This month's main attraction was obviously Malev, the work camp for youngsters. My group was quite small, I felt, since we only had nine kids. Still, they were very conscientious workers. Was it nine? I feel like surely it had to be nine, but at times it truly felt like more.

Every day some of the group would stay at the house and do tasks such as picking berries, painting fences, and weeding. Meanwhile the rest of the group would be in Tõrva doing... Things, I would assume. My tasks kept me firmly rooted at base camp, as I was tasked with making the meals for the group. Most of the time that meant that lunch I just had to heat up, since we had groups in two locations and lunch had to be prepared in advance, and then dinner I would do from scratch. 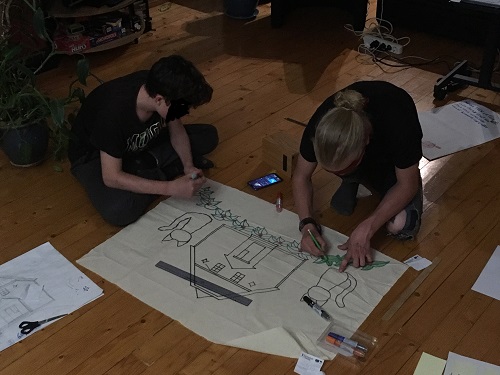 For the evening snack, we would quite often create something sweet out of the morning porridge. My favourite of those creations was a raspberry cake/pie.

The thing that I had forgotten in my years of living on my own, away from my decidedly teenage brother, was that teenage is the other age during which kids become a little weird about food. Still, the kids mostly seemed happy with my cooking so I'm taking that as a win.

My favourite weird moment having to do with cooking happened late into the first week. The kids were in the living/dining room workshopping their play, and I was listening to one of my audiobooks on the bed. Suddenly I hear something that makes me suspect I will have a request coming my way, so I take out one of the earbuds and wait. After a moment, one of the kids rocked up to me and said "Uhm, we need buns for the play tomorrow.".

What was I supposed to do? Deny them?

So, I spent the rest of the evening baking buns for them to use in the play. And accidentally made quite a large batch, but that I blame on the lateness of the hour. 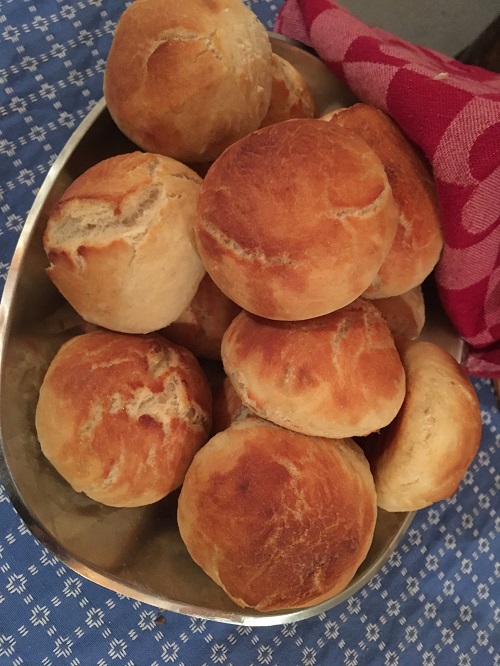 During the weekend we had an event for all the different groups, during which the kids competed in a series of outdoor activities. Who would've thought that I'd have to come to Estonia to ride in the back of a military truck. Frankly I thought I had dodged that particular bullet back in Finland.

My group did medium well on the scoreboard, but there were some heated emotions within the group during the activities. Thankfully my worries never became realised, and no big confrontation happened. They seemed to be able to work it out of their system with just words, which is infinitely preferable to the alternative.

Late on Saturday us volunteers also welcomed the newest volunteer into our midst. What a start for poor Vova it must have been to arrive straight into the second week of Malev. Still, he was very chipper, so I'm sure he was more than able to take that particular bull firmly by the horns. 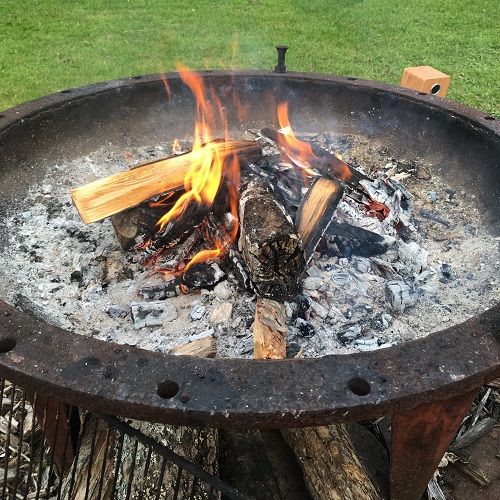 Second week of Malev started wear on me quite a bit more than the first, and I was quite looking forward to the end.

Still, overall it was a very good, if rather tiring, experience. I was particularly glad about how much interest some of the kids, mainly the boys, took in me. Obviously the language thing is still something of an issue, although I understand more and more with each passing day.

After Malev ended I settled into a few days of R&R before my friend from the UK would arrive.

This month also has a bit of a sad end, since it marks the last month for my fellow volunteers Melina and Gabriel. Still, I was very happy to meet them, and I wish them all the best in their future endeavours.

I also visited Pärnu and Viljandi, so now I've been able to do some light sightseeing. Cross that off the bucket list. 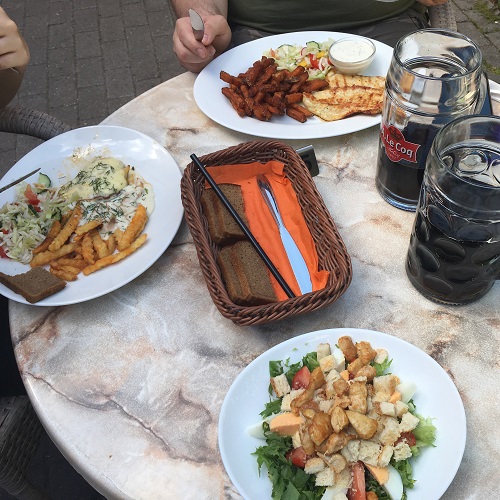