I was already telling you a bit about July and the working camp. We finished going to the bowling in Otepää, having a nice catering and a nice game.

One week off was needed after that camp, believe be. So I was just in Tõrva in the beach going to train volleyball to Riiska and that was all. I was mentally and physically exhausted. Being a youth worker in summer is consuming. Parents should be thankful for all the effort Tankla team does.

In the defence league camp is was more about small kids, we were group leaders what it means that we had to be sure that the group we were in charge of will go at the right places like workshops or lunch at the right time and it was lovely. Of course, we were quite lost about everything, nagu alati, so much, that they even put an extra person so he/she could translate and help us in case that we couldn't comunicate with the kids. But they were so nice and lovely, hugging me all time and even playing with my hair trying new hairstyles on me and always kidding and playing. I practiced my Estonian fearless with them, and it was not so bad indeed. We even had a crossing as it was our first camp here. I was so upset with mosquitos and the wasps and all in general, but still, I must confess I was enjoying it. I was having a good time there but I was ready to drop already in the second day. I guess I was not eating so well and not sleeping good either, so my stamina that days was in its lowest level.

Fortunately, after it we had one night at home, with a bed! I had a nice salad and fruit, so, some nice vitamins that I am sure I needed desperately.

I do believe that because I started the Tankla summer camp full or energy (well not so much, maybe). Anyway, for me it was much better. this time the participants were more grown-ups so also the activities were more interesting for me, like face painting, self-defence or cooking (in my case, just eating). I was at the same time group leader of the Riidaja, Ritsu and Hummuli youngsters and also part of one of the workshops about volunteering (Europe direct). I was letting Nina paining me (so we had a semi Coachela camp thanks to her abilities) and I was also trying something on her (still shocked that some people can’t recognize woman’s symbol ♀ ). The talking with Nina,with the rest of youth workers and all the hugs received were making the last tasks for Tankla fulfilling and unforgettable. 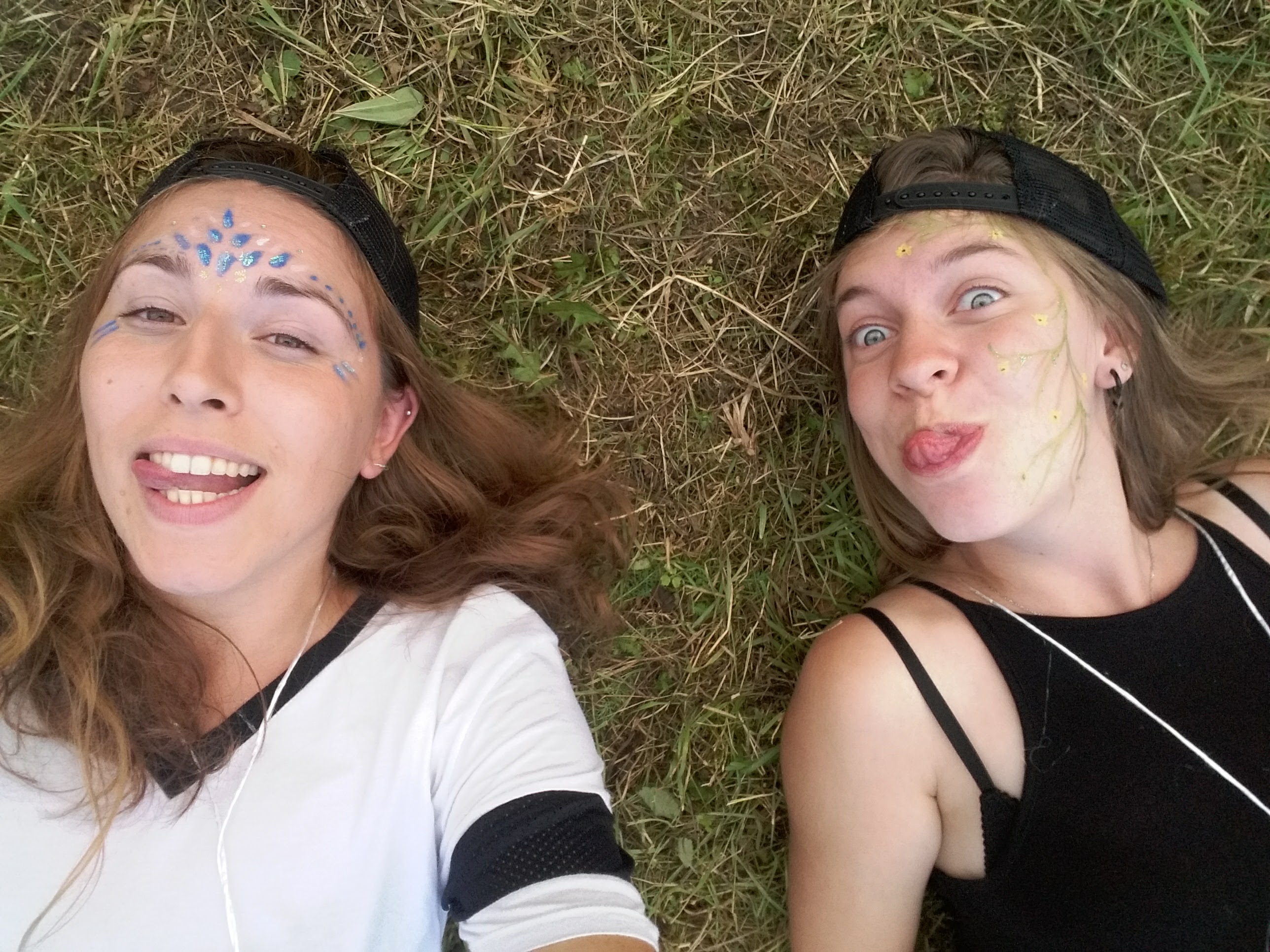 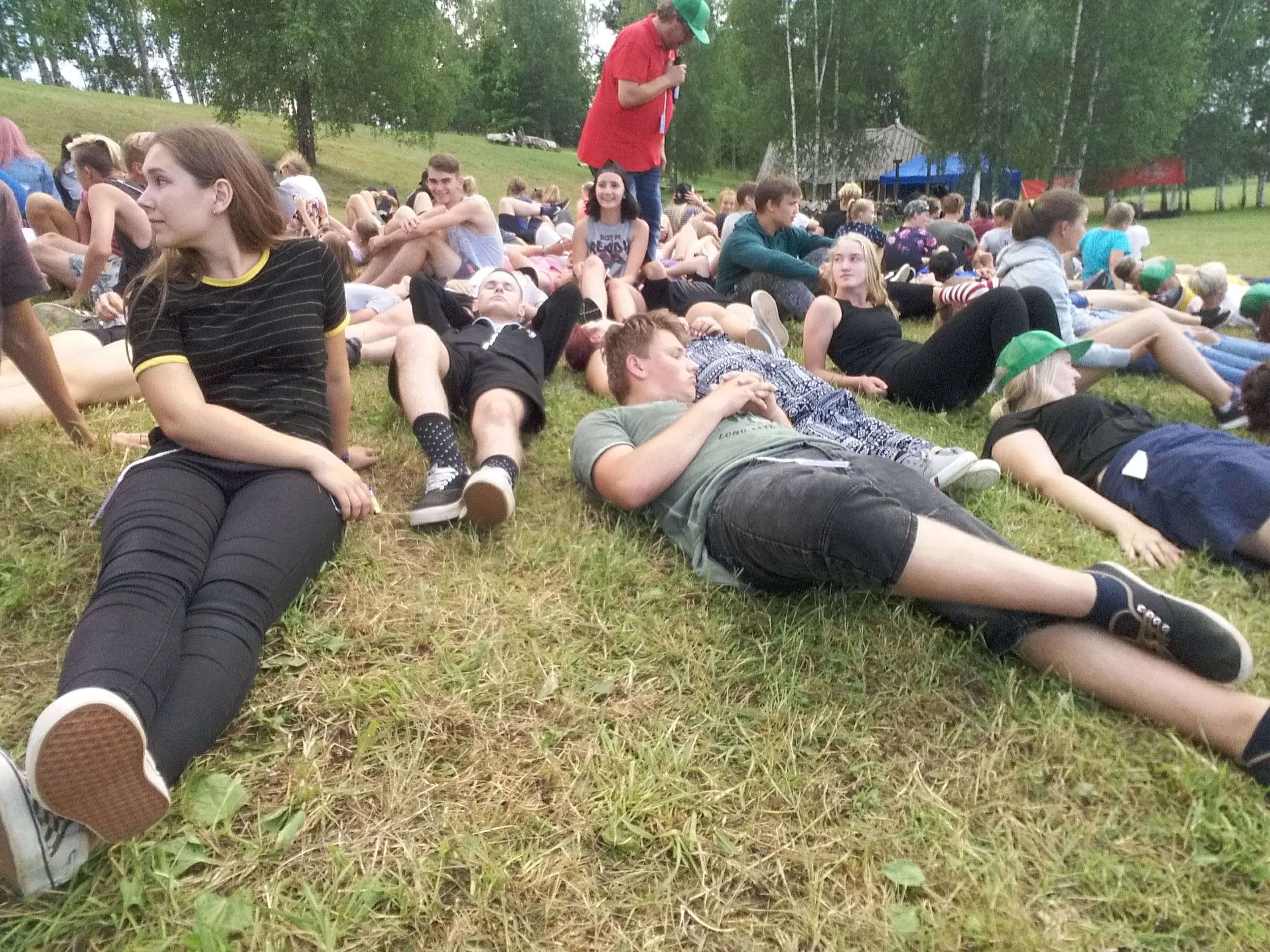 Thanks to the camps I got to know amazing, intelligent and funny youngsters. I can still see some of them jumping from the tower in Vanamõisa or walking around Tõrva. And every time they will greet me. In English or in Estonian, is always nice to see that you have done something nice so they will remember you. I may get a bit nostalgic here.

And causalities of life, some neighbours of my place in Spain came to visit Valga. They are from Valga but in Spain. It was a diplomatic meeting, let’s say, and they ask me to be the translator for them. You should have seen their faces when I spoke in Galician (the language of Galicia) and not in Spanish.

And, surely my last volunteer job in festival of this year, It was in Viljandi Folk Festival. It was amazing. Perfectly amazing. I was with my sweet Anastassia other volunteers were also there and my plus one was my partner who came for the weekend. It was so nice to be with Anastasia one more time and be in Viljandi lake, meeting more new people and the festival concerts were great. I danced I jumped and I was melting in the merch tent and still it was enjoyable. I know more about folk music and Estonian music. 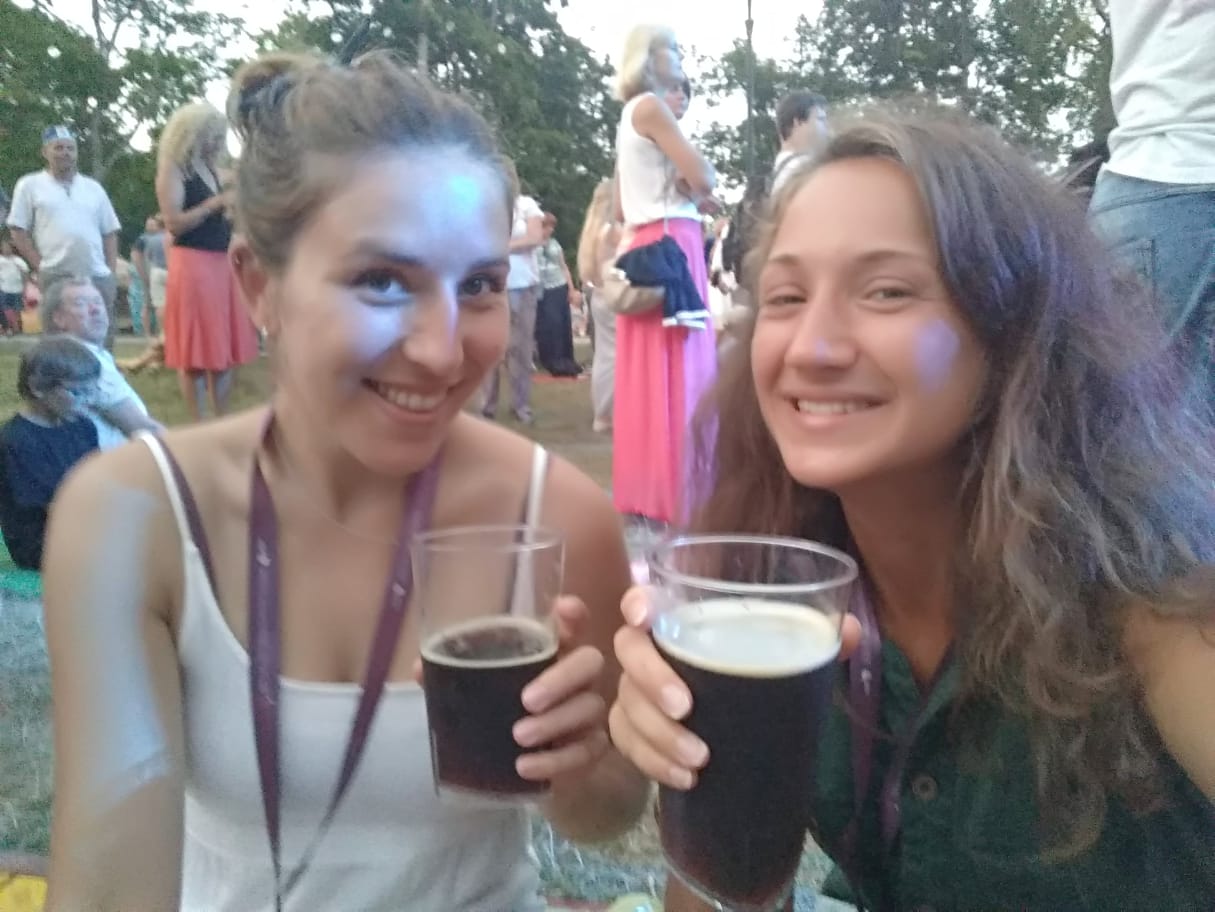 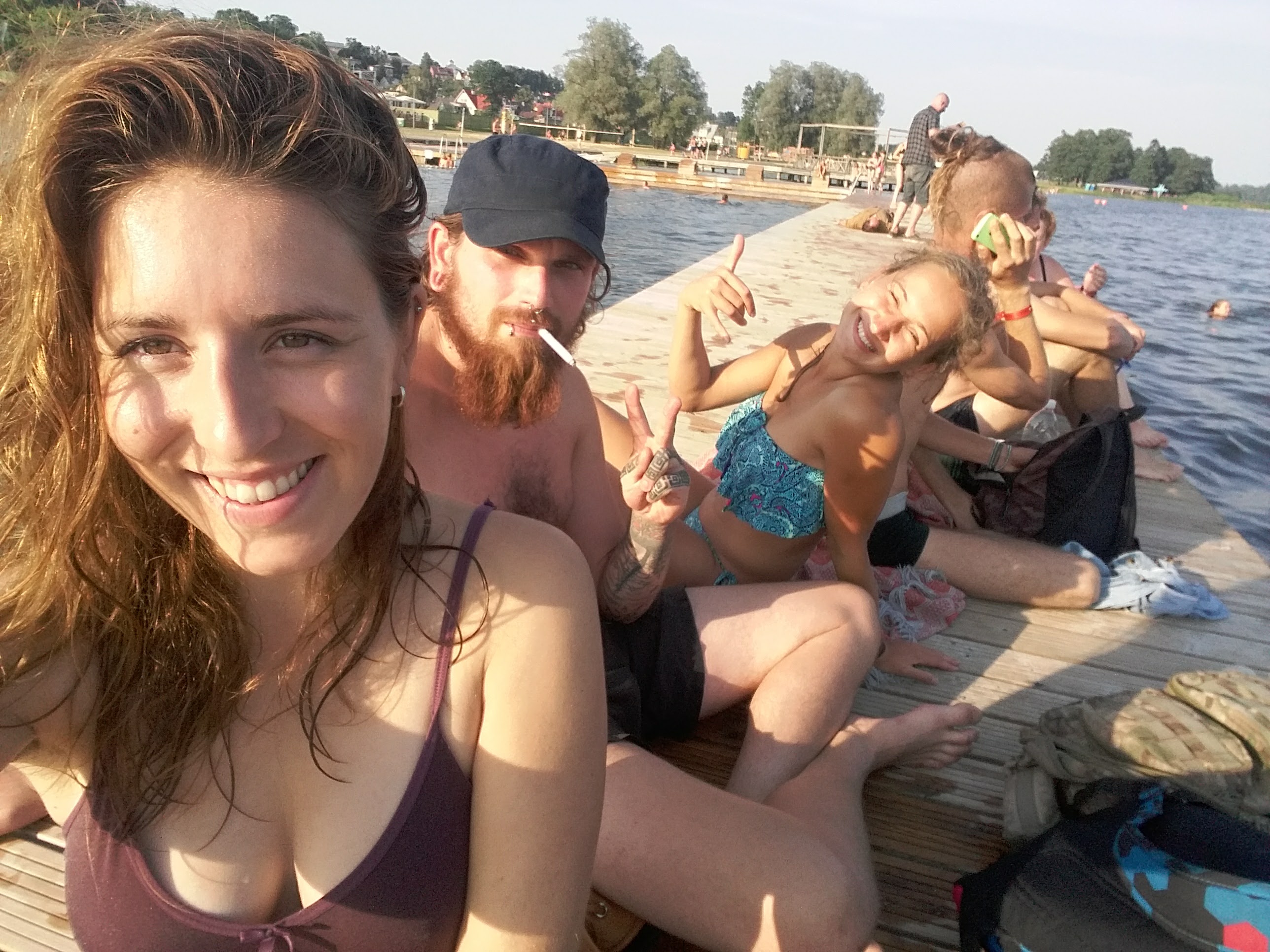 And just after that Nina came to my place and we had our goodbye spending time in the lake, seeing she jumping (not anymore me) and talking about last things, memories and future. She is so kind that she even let some nice pics so I can remember her exactly how I always will remember her: fooling around, laughing and being just the best mate destiny could have ever given me. 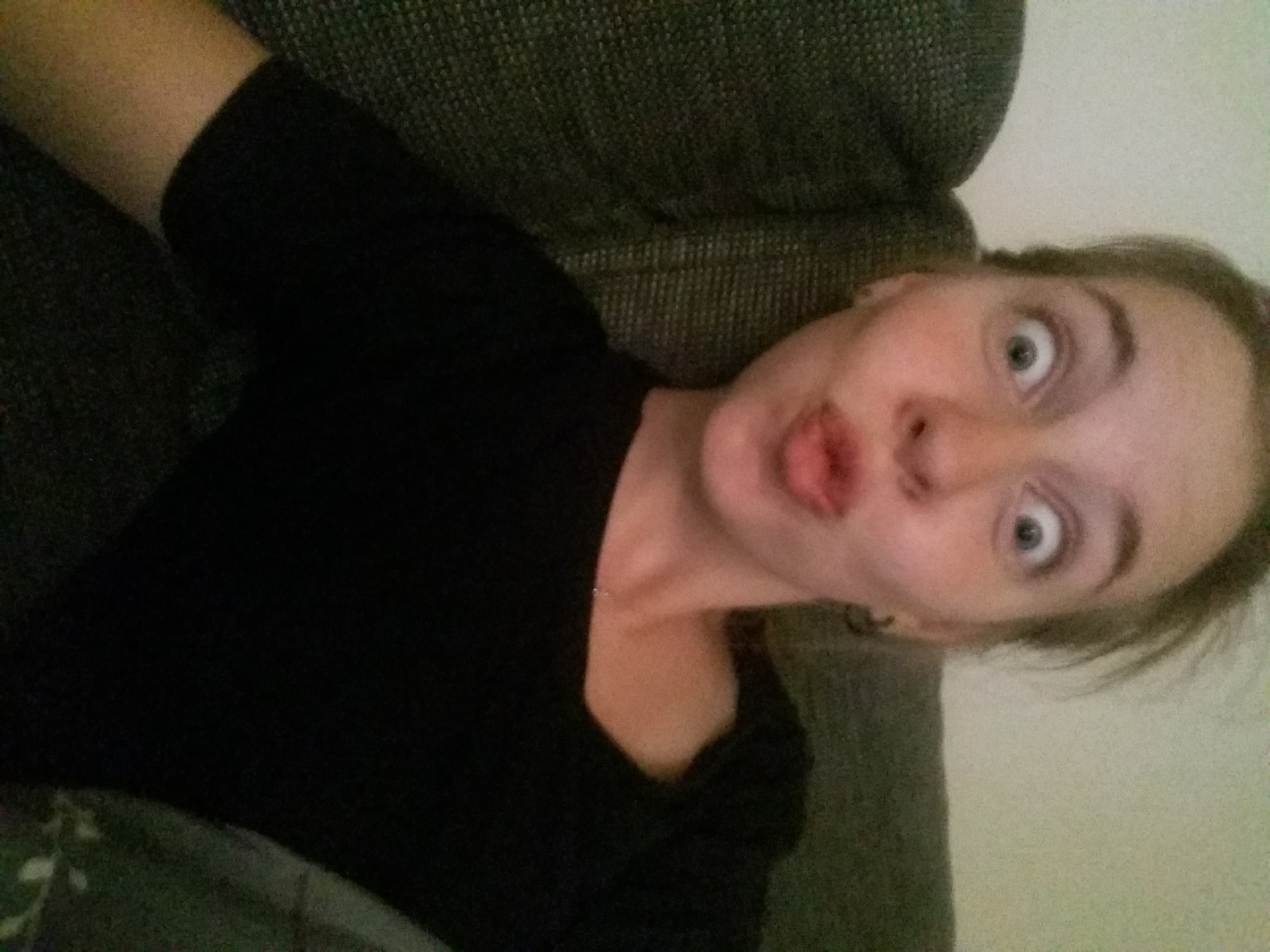 The last thing I can tell you about July is that I got an interview in Tallinn. I am still waiting for the final answer, but it seems that I have some possibilities in Estonia even if is not in Tõrva. Wish me luck.