EVS blog: February in Hargla - maybe short in days but not short in action! 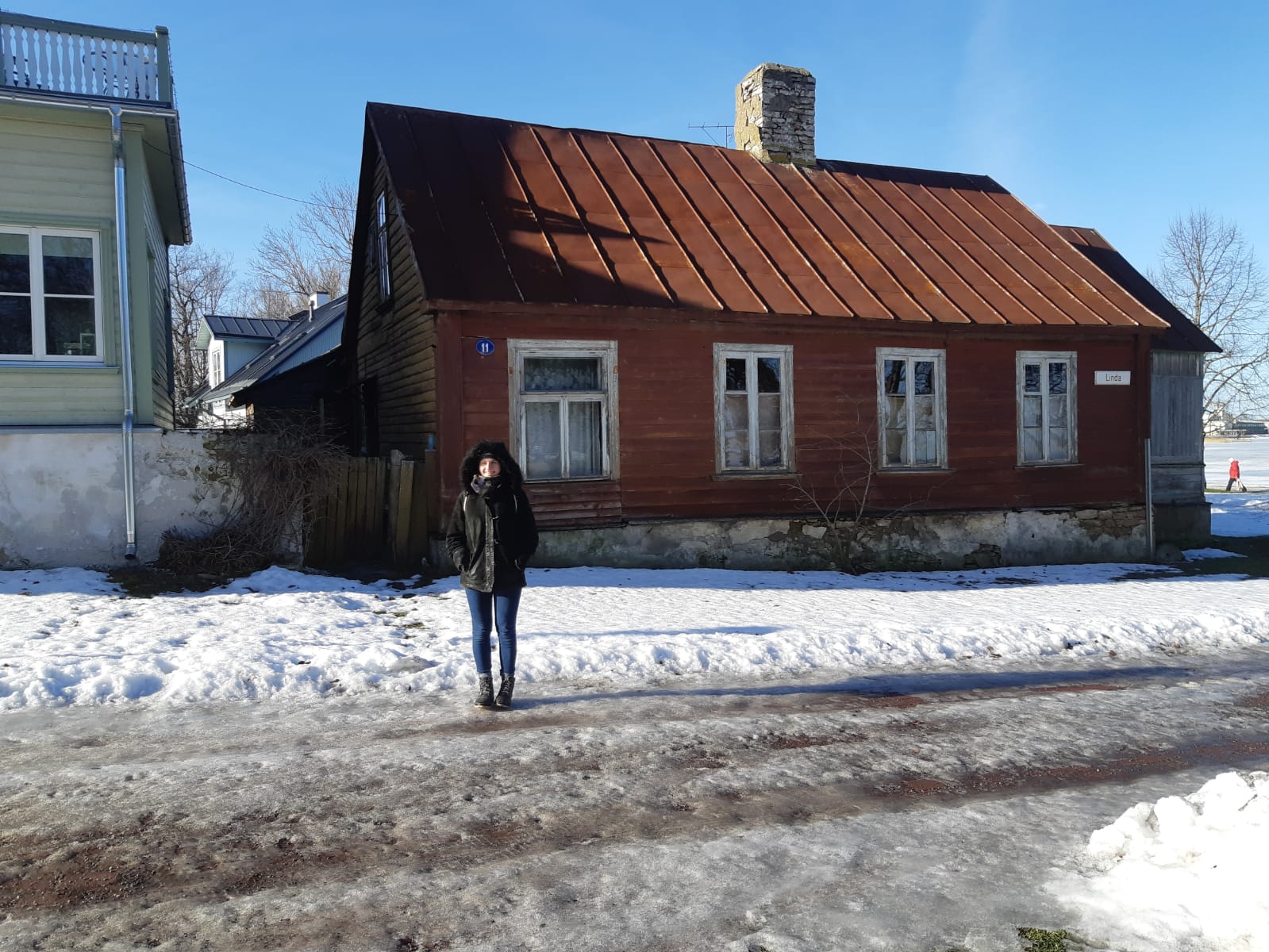 Part of what makes working in a youth centre so great is that you get the chance to do some really cool stuff you probably wouldn’t be doing otherwise, without even having to pay for it.

For example this month I could try ice fishing, sleep in a fancy hotel in Tallinn, do cross-country skiing, see the Eesti Laul final rehearsal and visit a very interesting energy centre also in Tallinn – and all of it for free! But let’s talk about everything in chronological order...

So, first things first: February started with another one of our reflections, where Gabriel and I meet with our tutors once a month to talk about everything that happened in the last weeks and share our experiences. The next day we were both helping at a winter camp where more than 100 youngsters came together to do workshops, learn about ice security (such as how to get out of the water if you broke into the ice) and, of course, play games and have fun. Gabriel’s and my task on the first day was to lead a workshop where the kids created handmade notebooks. After a more or less (actually, rather less than more) restful night, on the second day we all had at a big competition on building a snow town. However, almost every group decided to do a slide instead, so we ended up with more of a snow playground than a snow town. But still it was good fun, especially because the snow was perfect for building! 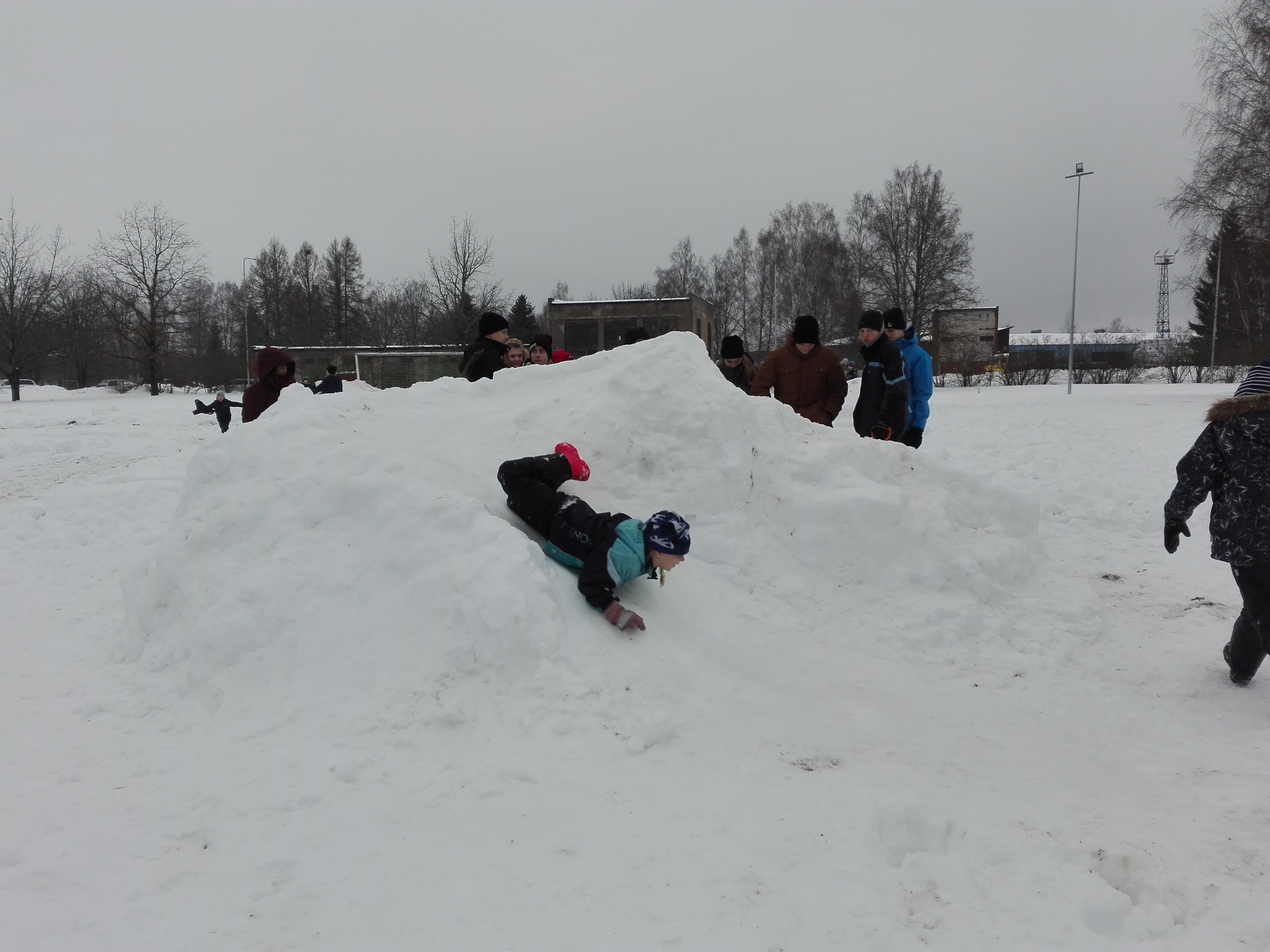 After those eventful two days I was naturally a bit tired, but some sleep made me fit for the next – quite active and eventful – week: On Monday with the Parkour club we visited the gym in Värska, the place where our trainer is from. There they had a lot of cool parkour stuff, including an AirTrack and a trampoline; it was an exhausting but fun afternoon and I dared to do a back flip on the trampoline for the first time – it was actually quite easy once I overcame my fear!

And another first time also took place that week: With some of the school classes I went cross-country skiing, which was way different than what I had expected. I thought we were gonna ski along those tracks, but we ended up mostly just doing downhill skiing. And I can tell you: It’s much harder with those narrow cross-country skis, even for a skiing pro like me (little joke here :D). After some time that I spent more sitting in the snow than standing on my skis, I kind of got into it, but honestly, I still have no idea how you are supposed to come to a stop without falling down - anybody have some tips for me here?

Actually this week was very short and I didn’t spend much time in the youth centre, because on Thursday after my weekly creative club I was 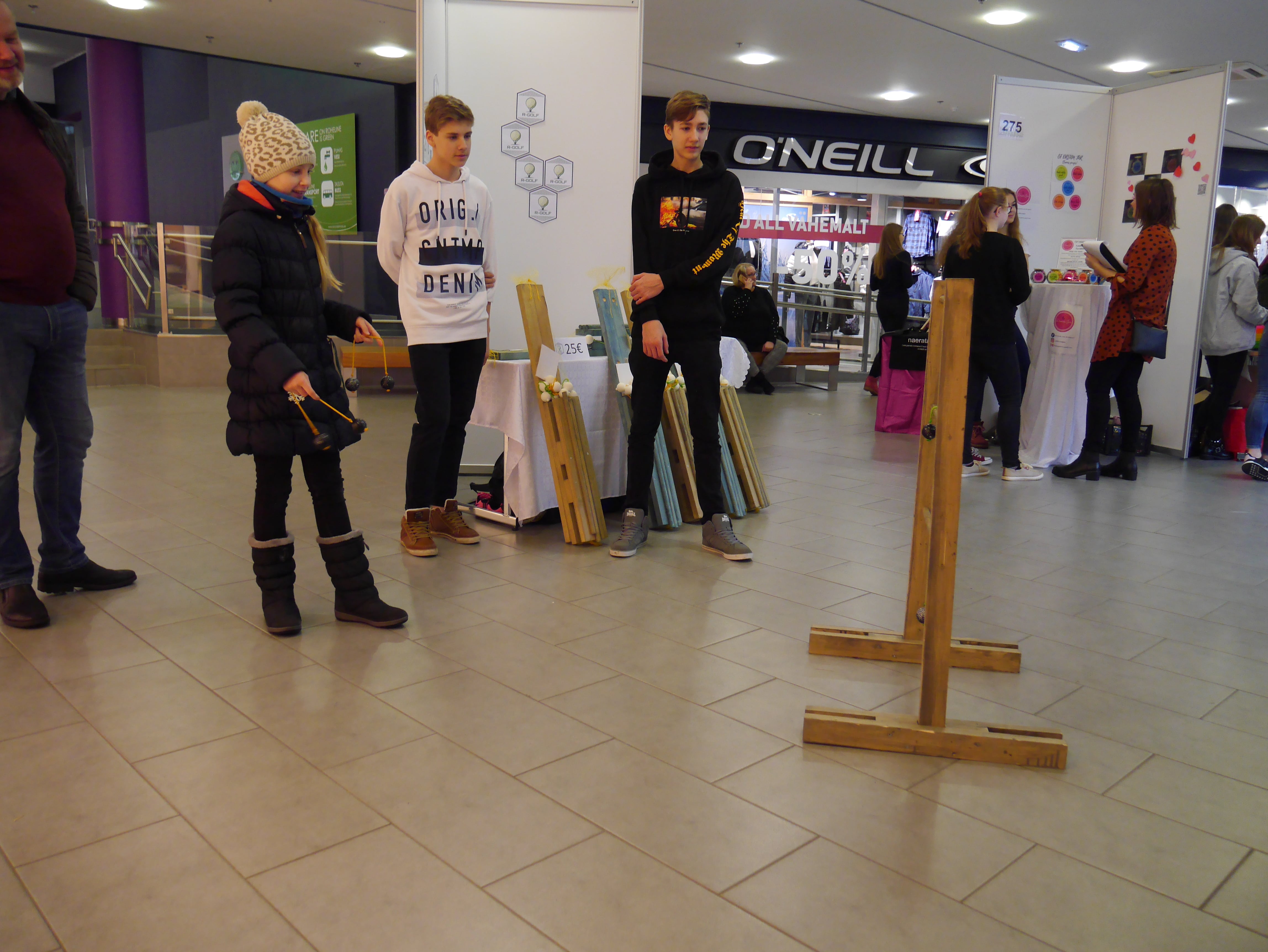 working in the Sanatoorium again. And on Friday I went to Tallinn with the student company club early in the morning. They had two big fairs there and I joined them as the photographer, which gave me the opportunity to first of all get to know a lot of super cool minifirmas and second of all stay in a nice hotel and get free food. We came home late on Saturday evening but still my week wasn’t over yet:

On Sunday the fishing club went to the Lake Peipus and I have wanted to try fishing since I came here so I took part, too. And let me tell you, that trip was a real adventure! It already started in the morning (waaay to early) as it had been freezing overnight and the streets were super, super slippery. So, somewhere in the middle of nowhere the car kind of slipped and got stuck in the snow on the side of the road. We had to shovel our way out again and try not to die on the rest of the way. Somehow, we managed to arrive safely and got on the lake, ready to catch some fish. Well, that didn’t work too great for me, I didn’t catch a single fish actually – instead, I caught a bad cold, yay :D I can’t even tell you how freezing it was on there, especially since my feet were completely soaked after a few minutes of walking in the wet snow. But at least I could cross ice fishing and driving a car on the frozen sea/lake off my to-do-list (although I was not technically driving myself and those weren’t official ice roads – but that still counts, right?). And who knows, maybe I'll try it again in summer, when the chances of freezing to death are reduced drastically.

The next week was no less eventful, starting with a busy day in the youth centre, as we had another Brain Game and I helped Rasmus with the preparations and everything. The next day, Gabriel came to Hargla in the morning. His youth centre was closed that week, so he worked in “my” youth centre instead and stayed at my flat. Next to playing a lot of ‘hargikull’ (= Versteinern in German), we also tried to do slime in my crafting club (which was a bit of a fail and made a huge mess, oops haha), organised all the crafting stuff in a new shelf, and helped with some games and competitions at an event called “Suur klassiõhtu”, where youngsters from 3 youth centres came together to spend an evening full of fun. 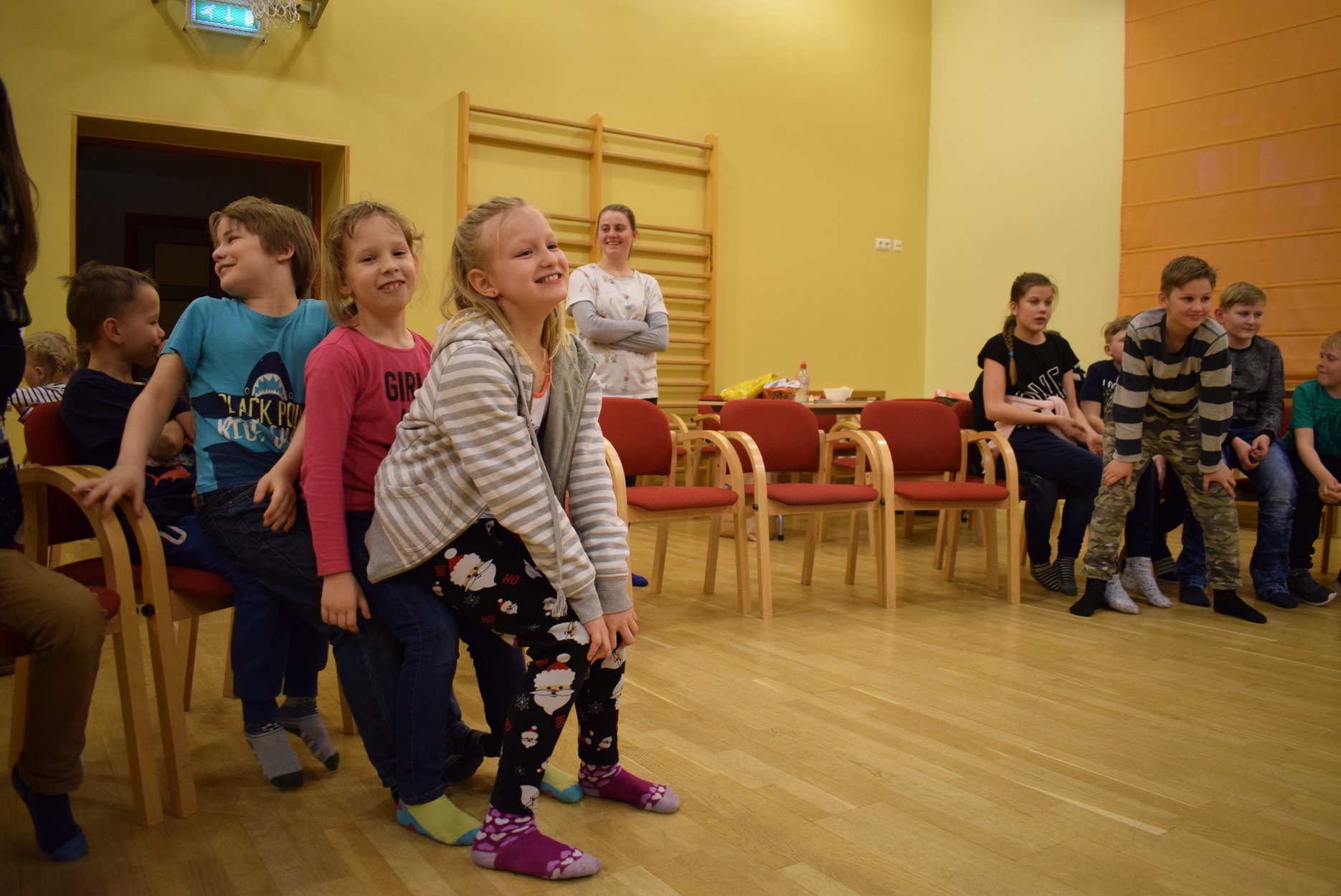 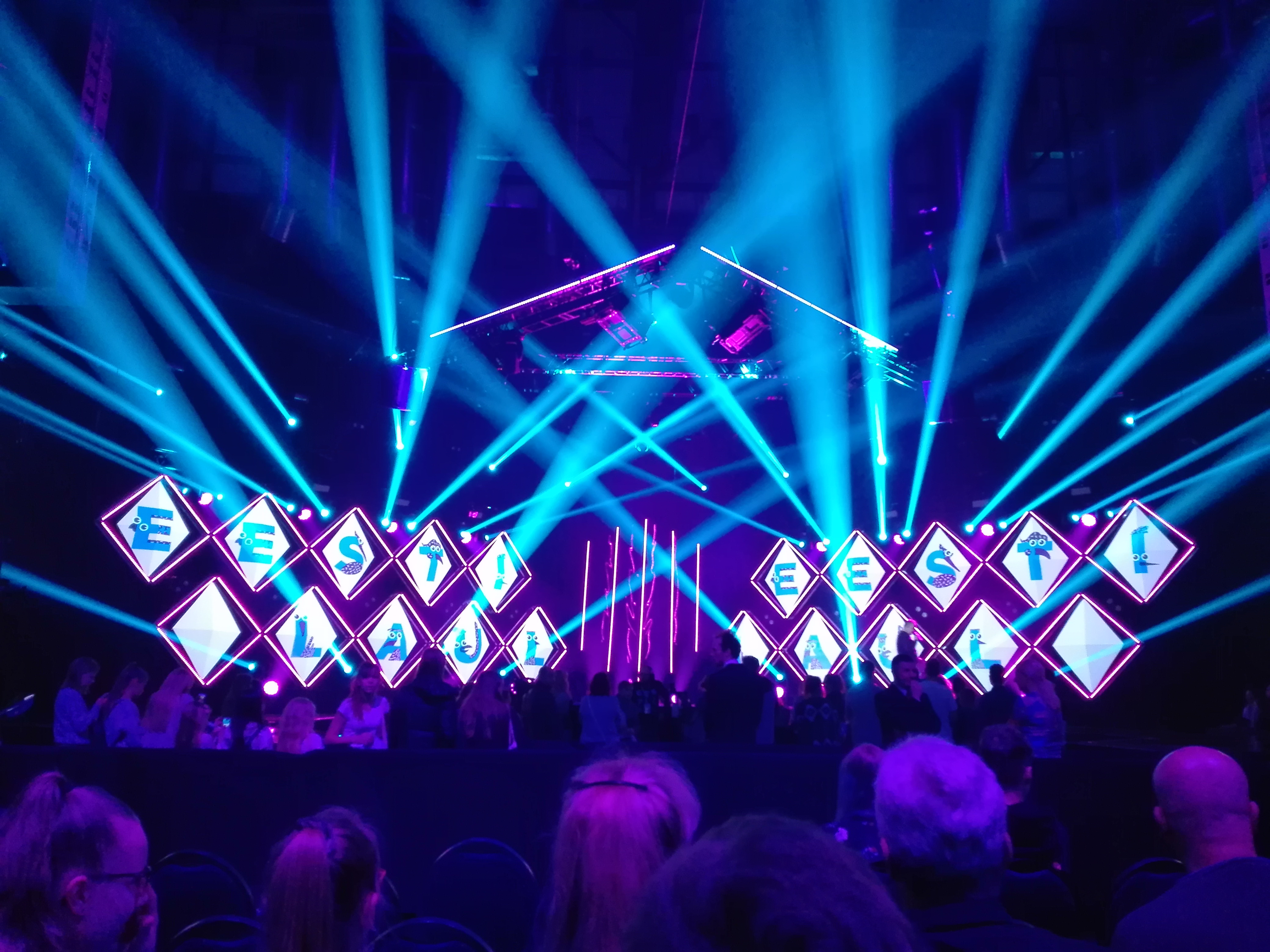 Even the weekend didn’t hold any time for me to relax, as directly after work on Friday I went to Võru to go to a concert by an Estonian band (Ewert and The Two Dragons) with my volunteer friend Katharina. I came back to Hargla late in the night (thanks to Marelle, my riding teacher, who was there too and was so nice to drive me back 😊) and had just very few hours of rest before the next trip started: Together with youngsters from all over Valga Vald I had the chance to go to the Eesti Laul (a show where the Estonians decide which song they want to send to the Eurovision Song Contest) finale rehearsal for free (almost, we just had to pay 5€ for the bus).

And since I was already in Tallinn afterwards, I decided to stay there a bit longer and visit Haapsalu on the next day together with Katharina and Gabriel. But before that, we – of course – watched the real Eesti Laul finale in a bar. And even though my favourite didn’t win (Stefan </3 ☹), it was a fun night, especially because I’d heard the songs so often already that I could sing to all of them. After another night with very few sleep we started our trip to Haapsalu early on Sunday. There, we met with another volunteer who showed us around. And I totally fell in love with that cute little seaside town, even despite the freezing wind and the impossibly slippery roads. 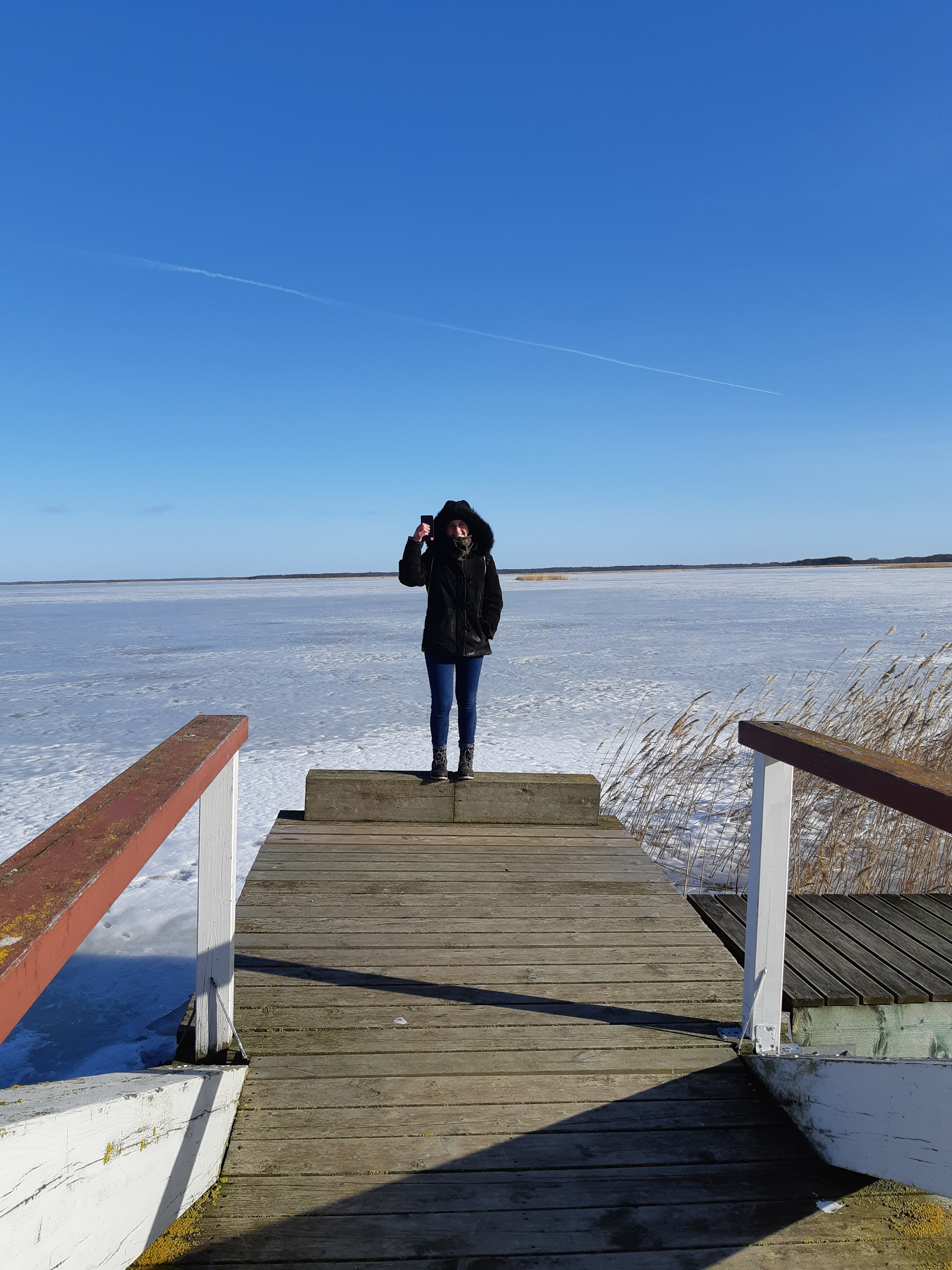 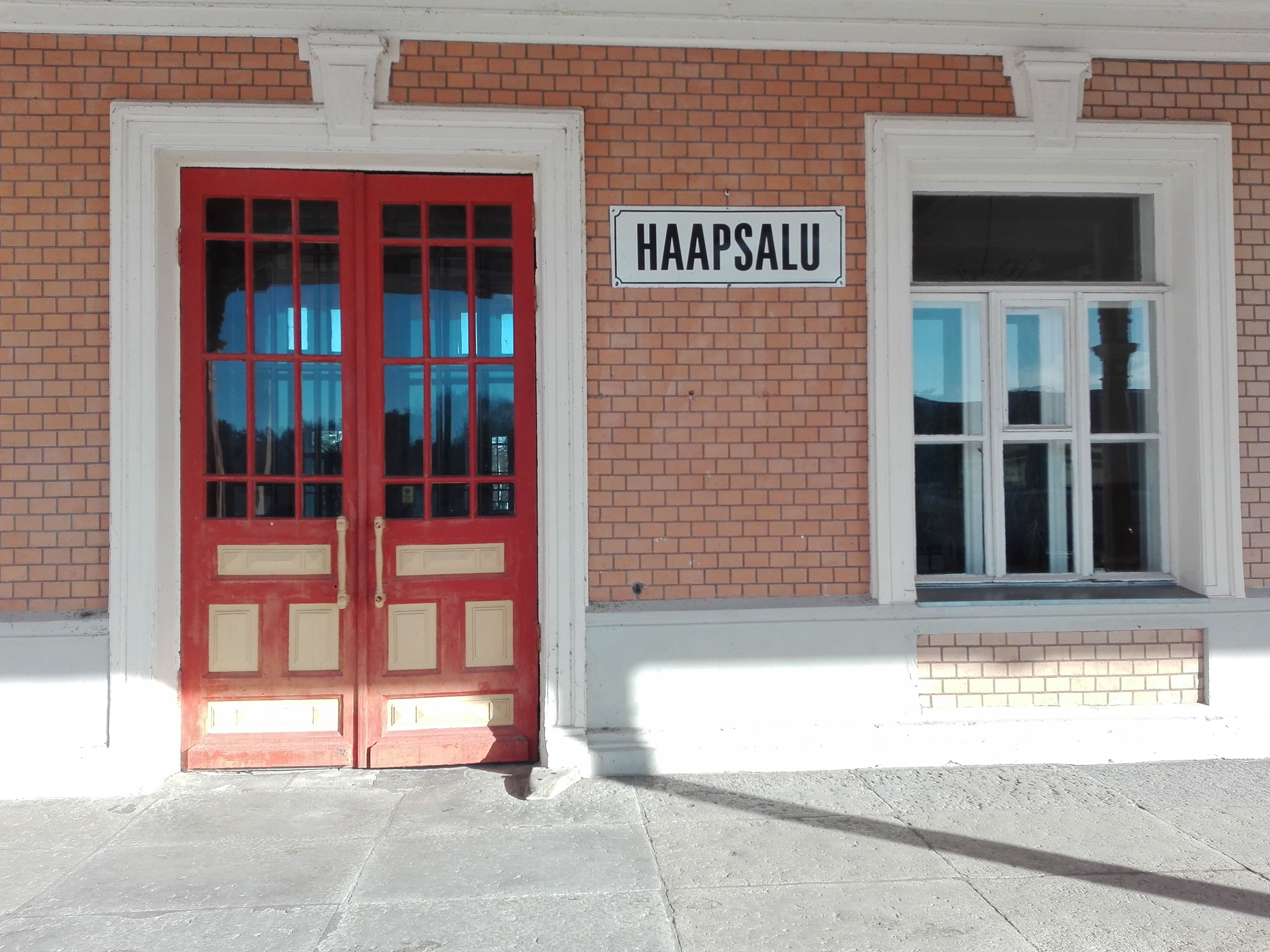 3rd and 4th week of February

So after that quite stressful and sleepless time I was happy to have a more relaxed week coming up next. In the youth centre I spent most of my time playing and just being with the youngsters, but I also worked on some projects that I want to do in the next time. Those include a running competition in April, my miniproject, for which I want to organise a hiking and canoeing weekend together with the Estonian Defence League, and a ‘Community Garden’. There I want to plant some fruits, vegetables, trees, etc. that are free to take for everyone, but everybody is also responsible for them. So by now I’m almost a professional in writing projects, haha :D

The next and last week of February was again one full of activities and events, starting with a local Defence League camp in the school in Hargla. Again, I was helping there together with Gabriel, preparing some games and leading a little hike through the woods. After that the kids did some workshops (cooking, acting and dancing – which I joined, too), took a quiz and in the evening we played some board games before going to sleep. Or let’s rather say before going to bed, because I think nobody really got a lot of sleep that night. Anyway, the next morning the camp participants made a trip to Tallinn (again – I don’t even know how many times I’ve been in Tallinn this month :D) to visit a super cool and interesting Energy museum full of little experiments and activities to try yourself. 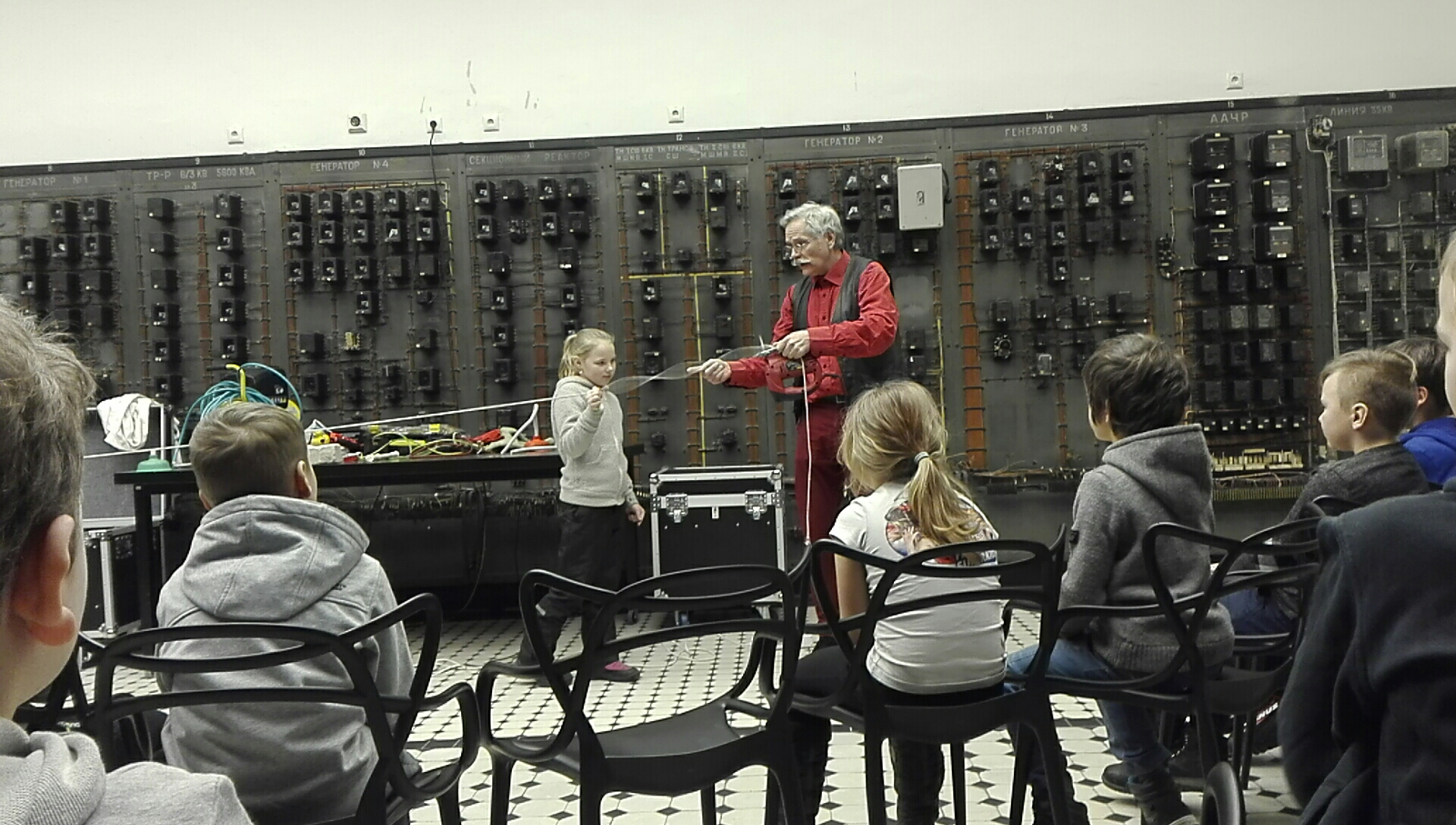 And with this day ending, it was time for the last day of February to begin. And this time, that day wasn’t only the end of the month, but also the end of an era kinda: It was Rasmus’ last work day at the youth centre, because he decided to change his job. As a little celebration he scheduled the final stage of the Brain Game on that evening, which was a big success and attracted more participants than all the ones before. In the end, however, it turned into a farewell- and thank-you-saying event of some kind. It felt weird to realise that this would be his last day as my boss and tutor. But luckily we have already found a ‘replacement’ for Rasmus, our new youth worker Madli. I’ve had the chance to get to know her already and I’m really looking forward to working together the next months. I’m sure that everything will work out in one way or another😊.