As you might read in my previous fascicule, when i entered in 2019 it was in the Tallinn old town with a group of people from the religious group of Hare Krishna. I´m not supporting their religion, but they were singing and dancing on an snowy new years eve, and then the fireworks started to paint the dark sky and everything was so magic at the moment. Back to Tõrva, i had time to think about the new year. It´s always exciting when you try to think about how the new year is going to be, because everything is possible. You´ll never know where are you going to be in one year. One year ago i woudn´t imagine i was going to be living in a small town in the south of Estonia.

So yes, already January. A month that has gone superfast. A month were everyday i looked throug the window everything was white. A month were i´ve experienced real extreme winter. Well, for estonians maybe not that much, but there was a day were the celsius was -22. I went to Maxima that morning and i felt like Amundsen trying to reach the South Pole. It was an estrange feeling when you have your face frozen. Also the month of the giant billboards with the faces of the politicians for the elections. And also i´ve a new flatmate: Pavel, from Ukraine. 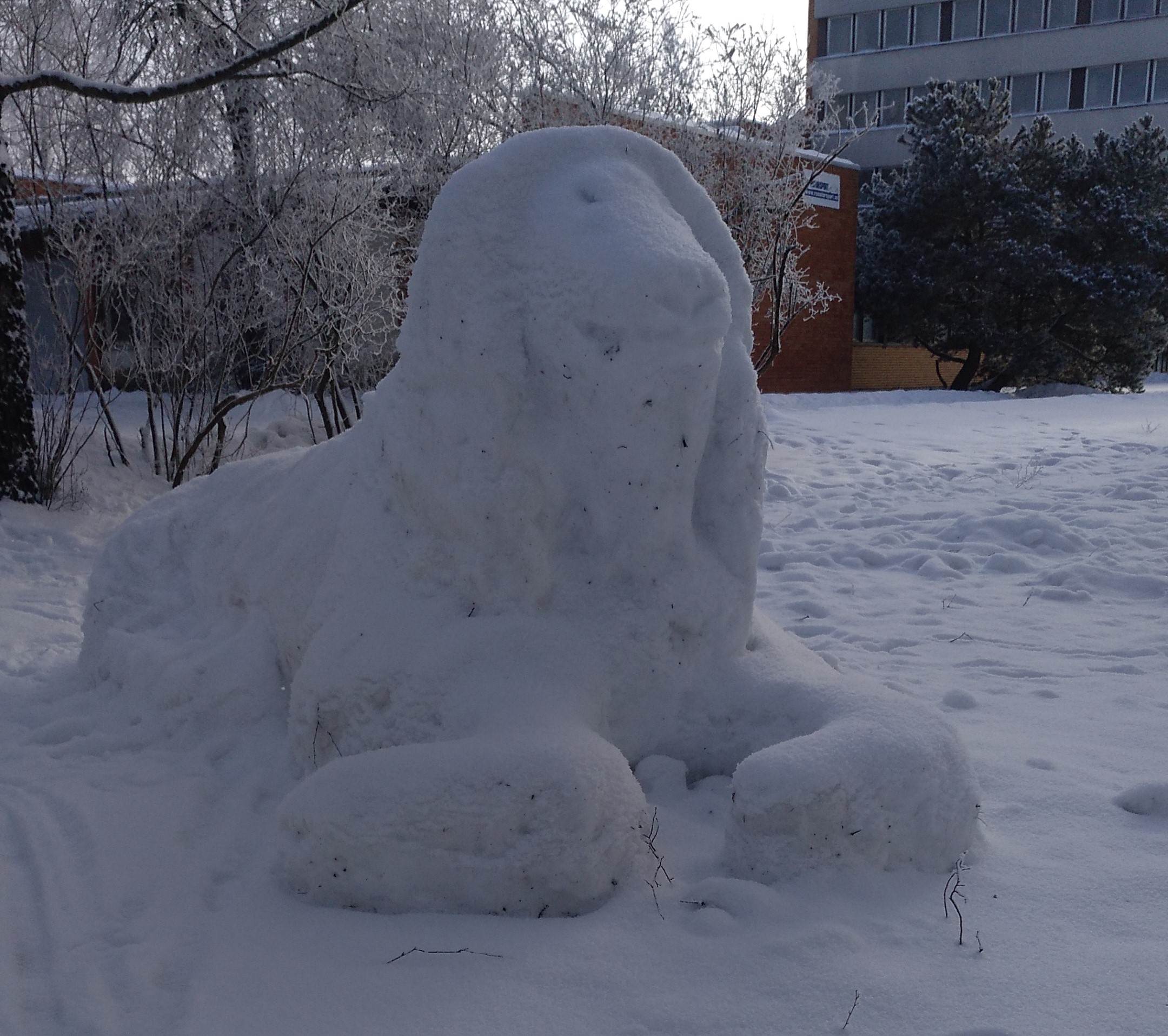 This is Pavel. Just kidding, it´s some kind of  snow sphynx i found on the Tõrva streets.

Something good that happened in early January (specifically on day 8), it was my birthday. I didn´t nothing special, but Melina and Rasmus came to the noortekeskus that day and they gave me the best of presents: Estonian chocolate. And also some tickets i can use for many shows all over Estonia. Thanks!! :)

In Ala and Riidaja, were i´m doing the photoclub with Egon, i feel like the kids are starting to really get into the photography, so that´s something good. In Ritsu we´ve been playing as usual, but also doing pancakes, clay modelling and that kind of translucent paintings to put on the windows.

One saturday, Melina, Katarina and me we went to Valga to visit the second-hand shops there. For me, it´s still strange how in a town like Valga there´s so many second-hand shops. We went to six, and there´s still almost three more we didn´t go. It was a fanny day, and it included kebab and cake. You´ll be able to read more about that story somehow sometime.

The last weekend of the month we (with also Anna and Leonora) went to Tallinn with the pourpose to take a ferry to Helsinki. But we were late, so we couldn´t take the boat. We bought another tickets for another boat six hours later. But that wasn´t a big problem for us, because Tallinn with snow is also a very good plan. We went to the Linnahall; to the old town; to a chocolate factory and had lunch in a place we already knew called Kompressor were they have very nice pancakes and soups. 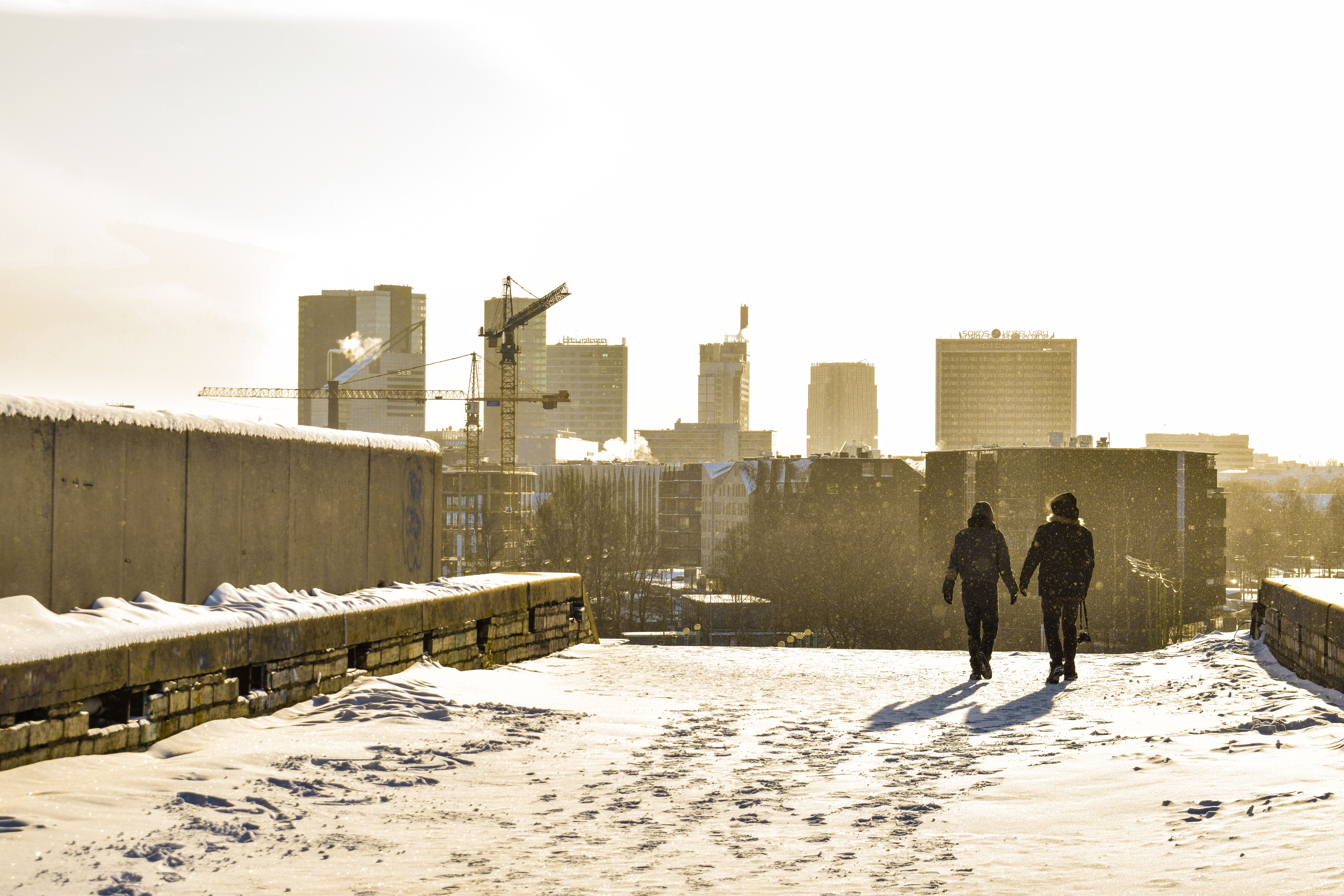 At six in the afternoon we entered in a huge boat that looked like a hotel inside. We couldn´t enjoy the views, because it was already night, but we had a good time playing card games and just talking in the topfloor. There was even a concert in one kind of disco inside the boat.

Once we arrived to Helsinki, we were so hungry, so the next mission was trying to find somewhere open where we could eat. Because it was like ten in the night, and almost everything was already closed. We ended up in a Middle east restaurant. It wasn´t typical finnish food, but it was very good. Afterwards, the hostel was waiting us, so we went directly to there.

The hostel was big. Very big. Maybe too big: many floors with many rooms in each floor. In our room there was a total of 26 beds, and it was almost full. So it was a bit difficult to sleep when there´s all the time peple coming in and out, an then people talking and laughting... But in the morning we had free breakfast, so it wasn´t that bad. It was sunday morning and we had to take the boat back to Estonia at 15:00 (or something like that) so we were walking fast down the city to see it in a quite randomly way. Just following streets. It wasn´t very cold in degrees (around -12) but it felt colder than the -22 in Torva. It was difficult to stay in the street more that 20 minutes, so we were entering in random shops, coffees and even in the Helsinki Underground just to keep warm. We saw some little islands next to the coast so we could go there by foot. Well, actually we crossed a bridge to go, but to come back to the «city» we just walked over the frozen water. 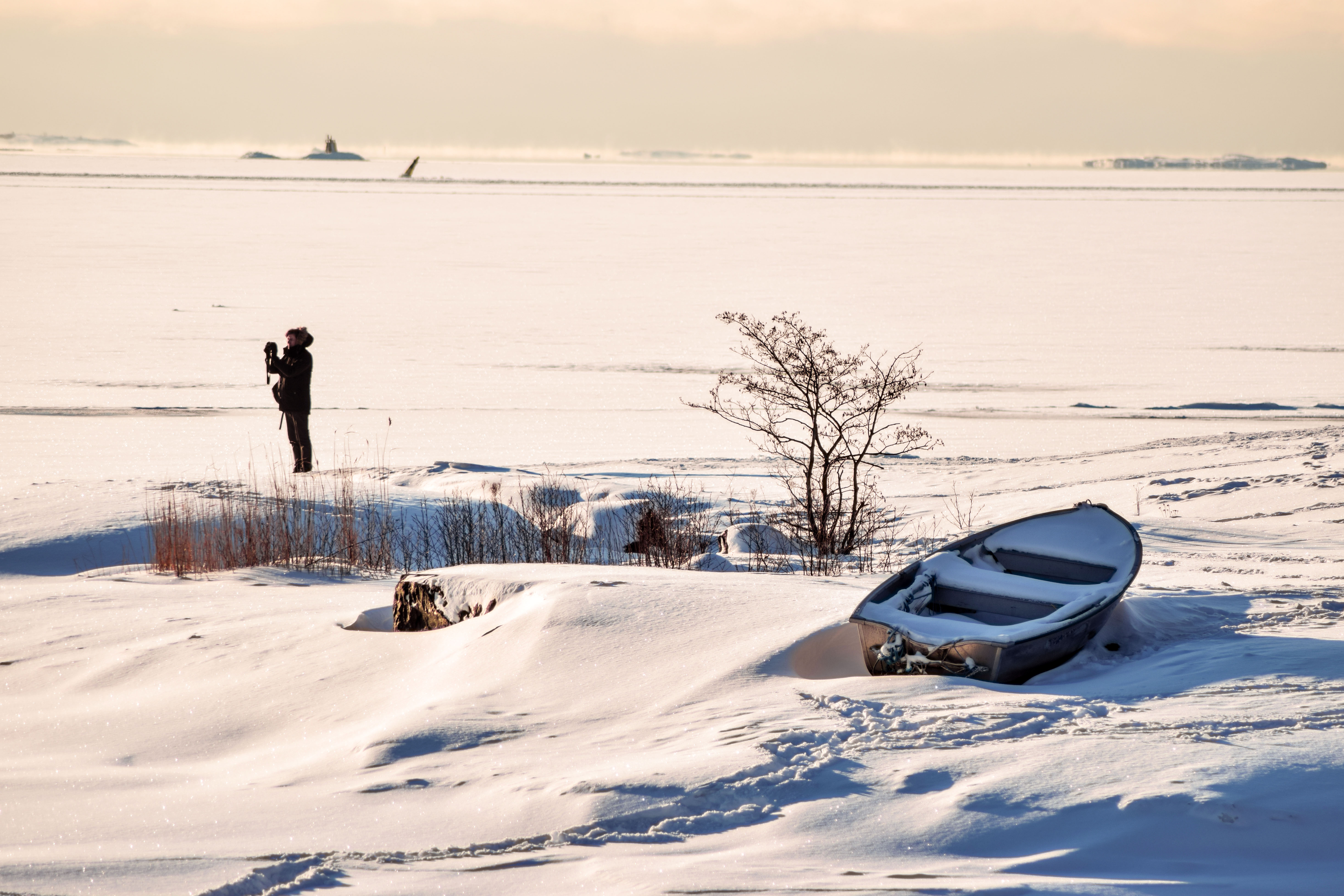 After a nice tourist day, we had to go to the harbour to take the boat, but first we went to Subway. It was my first time there. It´s not bad, but i prefer Hesburger.

In the boat, it was still day, so we had great views of the city, of the people walking over the frozen sea, and of the sunset. The sun hiding under a frozen Baltic sea. One of the most beautiful sunsets i´ve ever seen.

We also saw some kind of seal swimming between the ice. Not in the pictures :(

Once in Tallinn, we went directly to the bus station to go to our southern estonian towns.

And that was like at the end of the month, so i don´t know what else to say here. You can find me on Instagram: @gabrilost96