EVS blog: Already a month in Tõrva...and it seems like a whole year 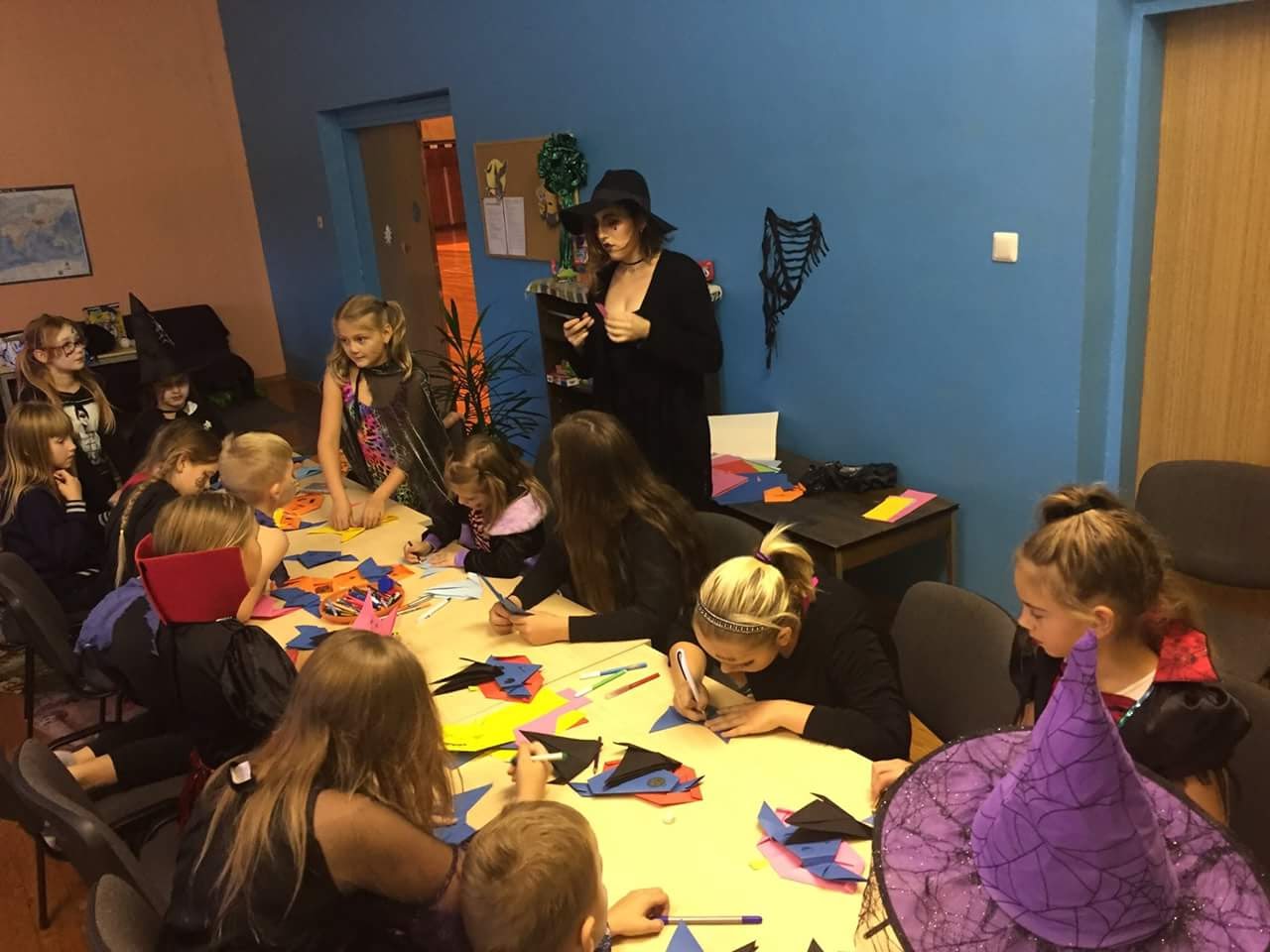 I remember the day when I arrived to Tõrva. In the same moment we cross the borderline of the town all the lights went off. When Nadja –my roommate- opened the door, the house was lightened with several candles. But instead of take that as a bad omen, I thought it was a beautiful way to welcome me to Estonia.

Next day I met Nina. We were supporting some youngsters who are trying to raise a company. -How amazing is it? - Of course we didn’t do much of supporting because we know nothing about business. Instead, we talked a lot and she answered me everything that my curiosity bring out. From that moment I knew she will be a great colleague. She is always smiling and her laugh spreads everybody. As you know, we are working together and she is also writing a blog like this, so go and find out if she also has some opinion about me.

Anyway, that first week was not so complicated but as everything was a new discovery I felt mental tiredness easily. Also because everyone talked to me in Estonian and even if I wanted to answer I didn’t know a word of the language with the exception of “tere” – hello-. So to not speak is also a huge effort to me. 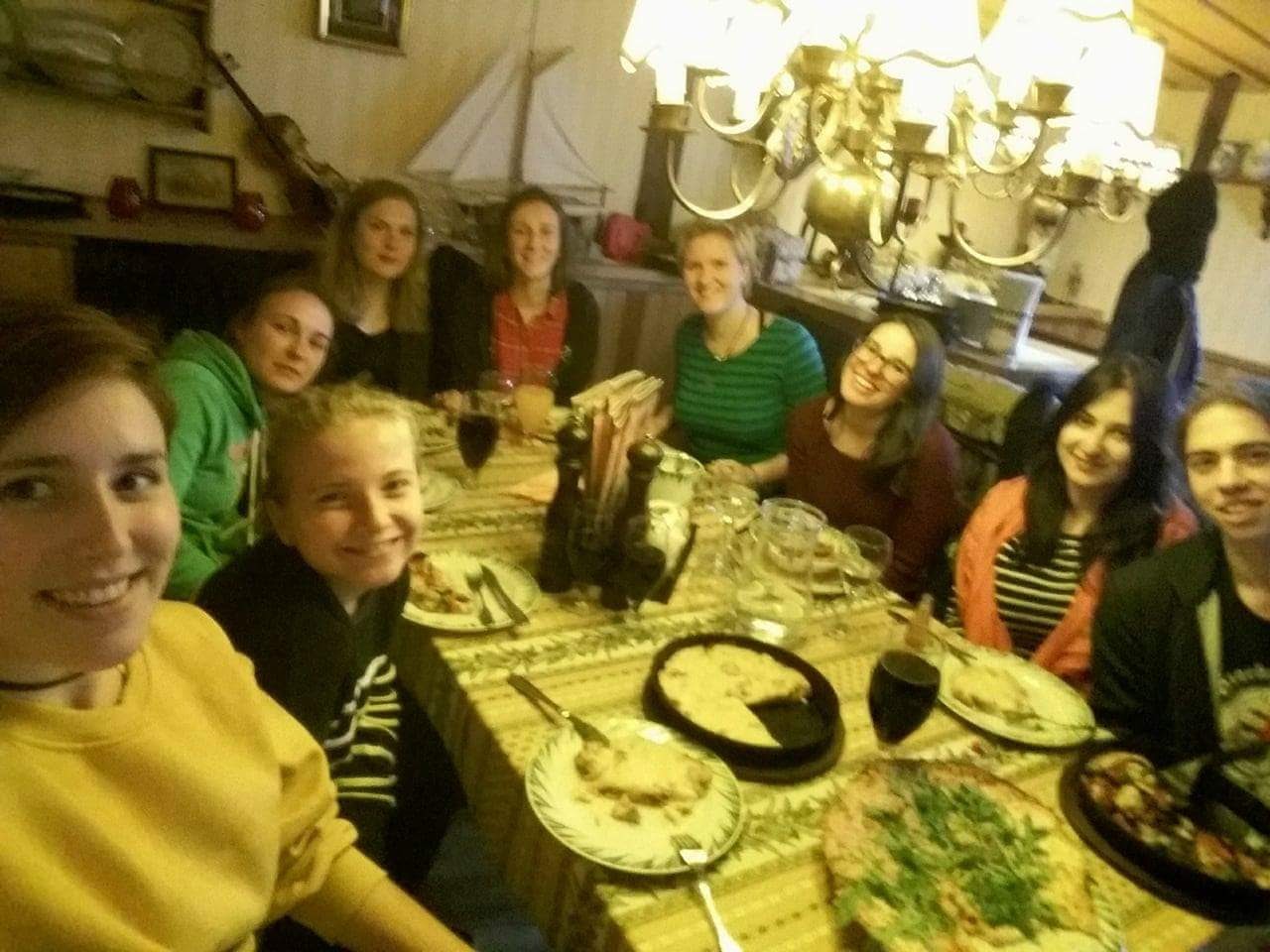 And the first weekend arrived. As I had no plans because I was a new-born in Estonia, Nadja invited me to a meeting with some other volunteers in Pärnu. I met a lot of people there and I started bonding with everything. Pärnu is the 3rd bigger city in Estonia but I didn’t have much time to sightseeing and visit the beach. Furthermore, to be honest we were there to go to a party and to go to an Italian restaurant and eat pizza. I prefer to visit the beach with warm temperature and not raining. Anyway, it was really cool and I had a lot of fun and already several new friends in Estonia.

The pizza is great and I’ve been living in Italy so I can tell that. If you want to accept my recommendation the place is called Pizzarestoran Steffani.

After a week knowing some of the youth centres in Tõrva area, the second weekend I had to travel to Tartu to be part of the on-arrival

training in which I was going to meet some volunteers and get prepared to confront Estonia and voluntary work. The truth is that training helped me a lot. Now I am more focused in what it means to be a volunteer and on how I can help. They were a fantastic 5 days but also exhausting because we didn’t have a break of the self-exploring and group dynamics. In the next photo you can check that. 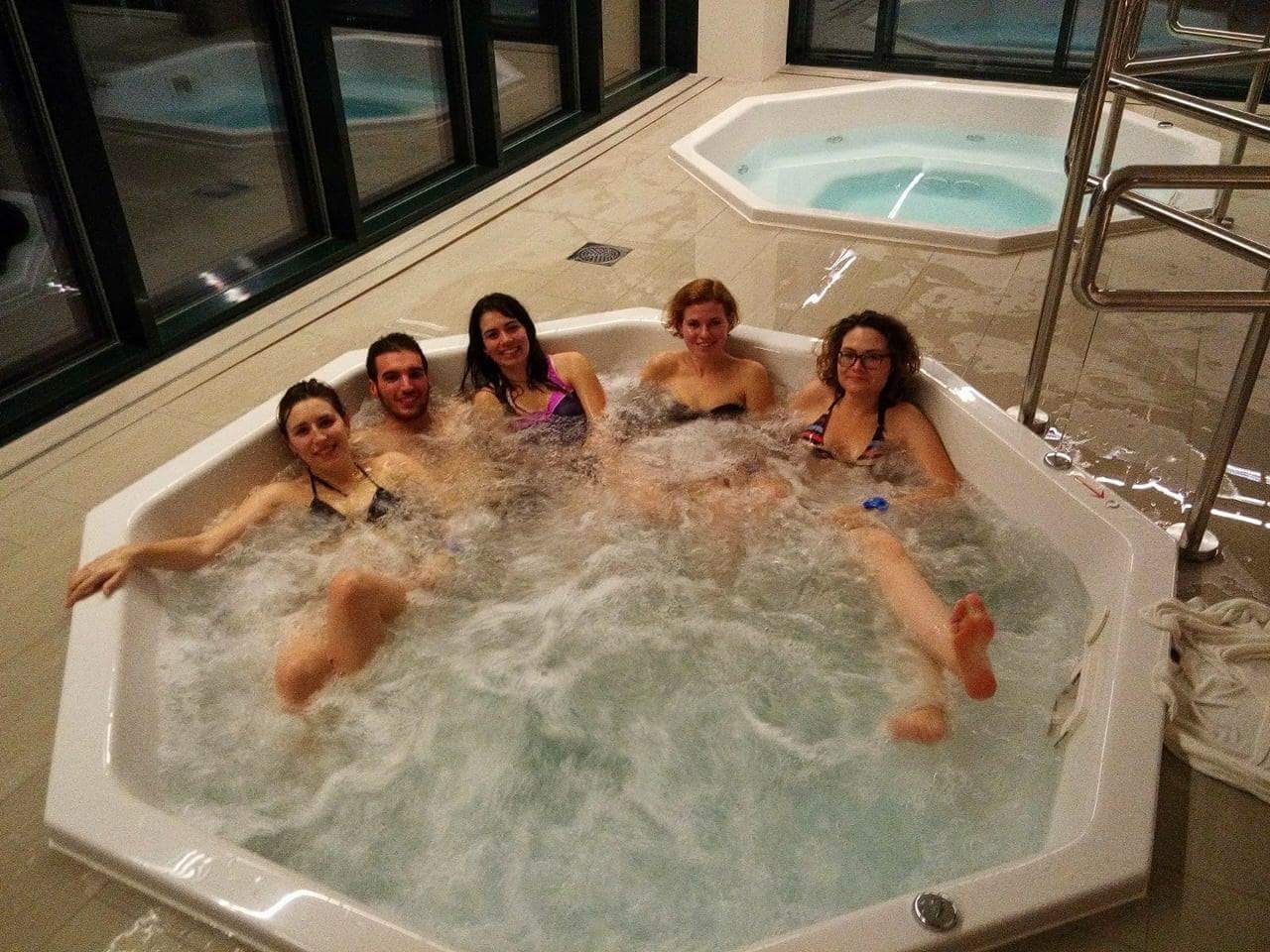 Ok, we had some break but it do was exhausting.

Next picture is the schedule we had and the left one is one example of how we worked. This one is related with differences about people and where that differences come from. 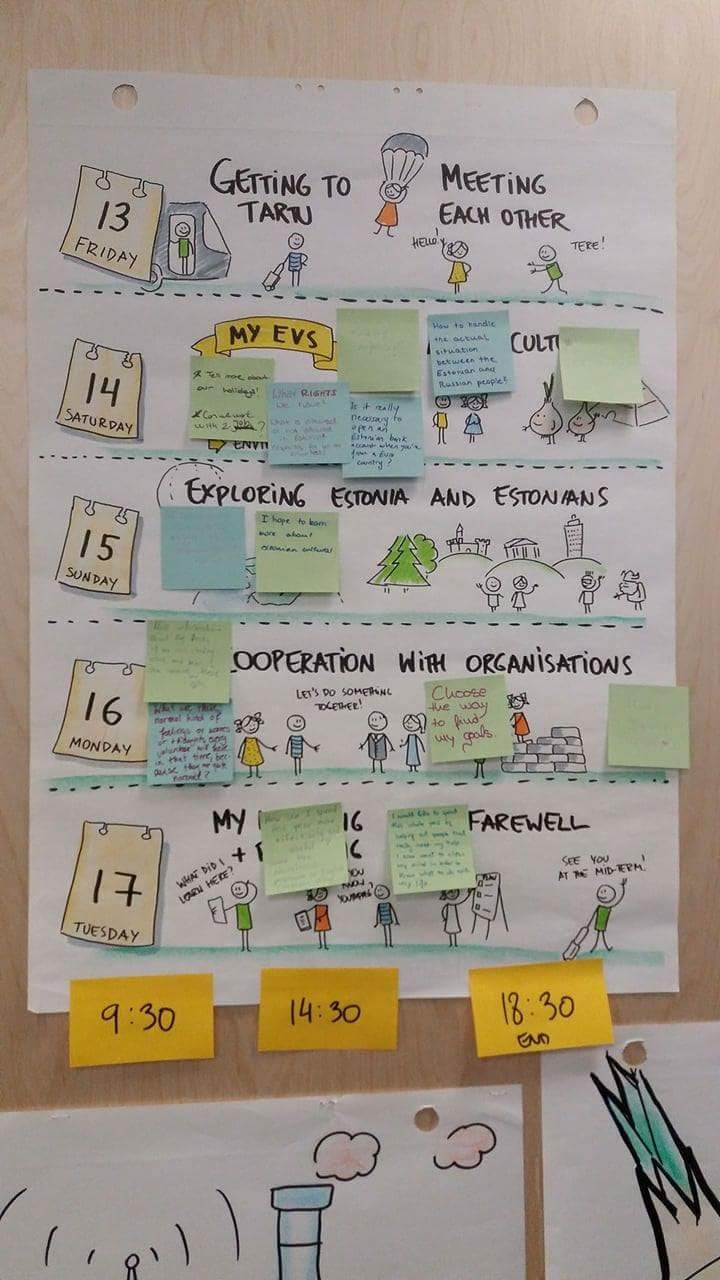 The people I’ve met are incredible. They are different of me with different reasons to be here, but at the same time they are volunteers and that is a strong common point. They are my volunteer mates and as Nadja likes to say, we are EVSmafia. We’ve already made a lot of plans for the year. For instance, we are going to spend New Year together and I know that they all are going to keep that promise because I’m going to make sure of that. My family in Spain is not happy about me spending Christmas and New Year here, but they have no option. Skype should be enough and they are used to my travels and breakaways.

At this point I need to talk about Martín. I met him in the on-arrival training but we came from the same county in Spain –Galicia-. The funniest part is that we have been studying in the same city for one year, our faculties were one in front of the other, we have been in the same pubs hundreds of times and for all we cannot remember if we have seen each other before. And one anecdote, the first day we were dressed the same way not on purpose, but at night we also chose similar clothes to add more fun at the situation. He is already a best friend. 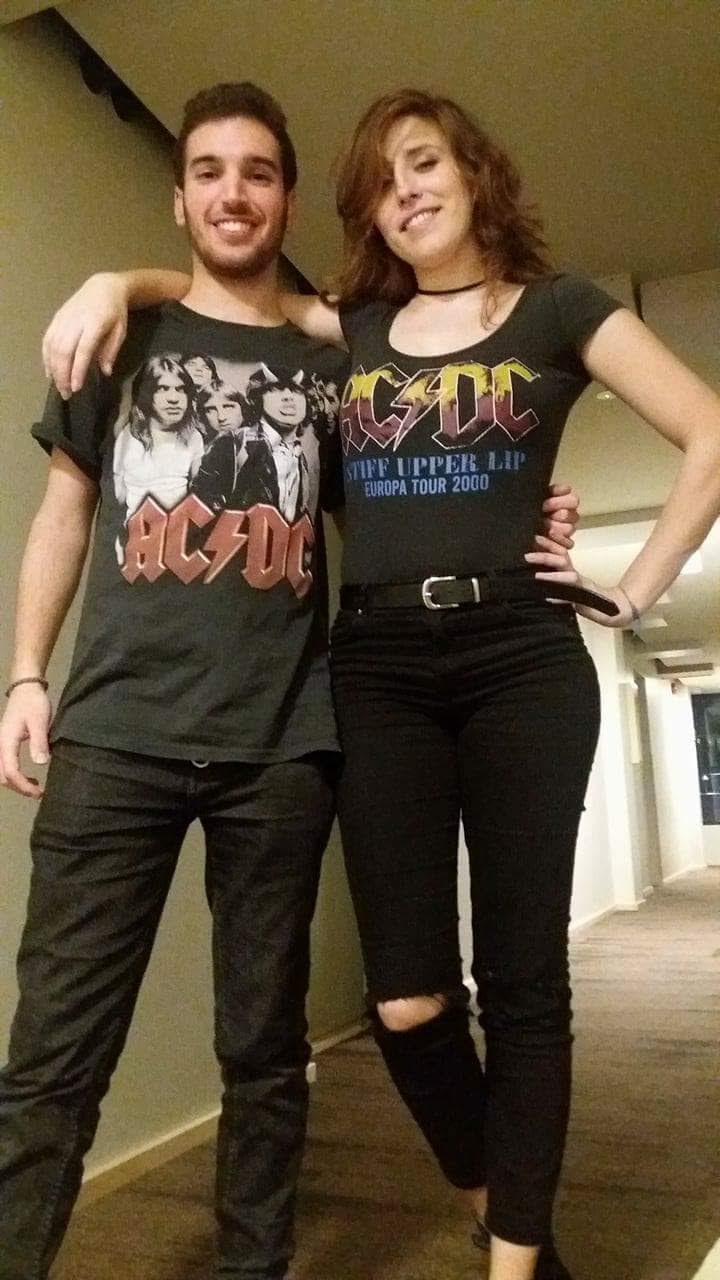 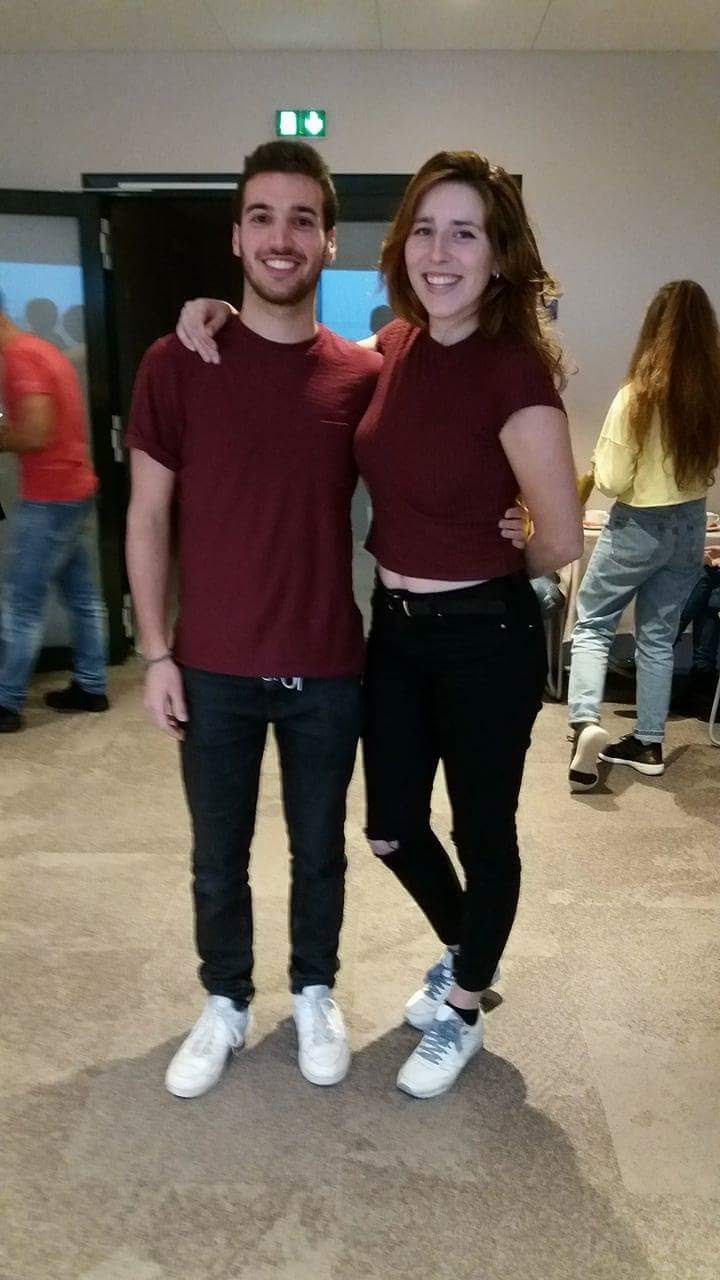 Essentially, all the people that I’ve met work as volunteers in Tallin, so they are all time together. Just me and Carla work in other place –she is in Võru-. But most of them had told me that they are coming to visit me. I hope they were not just chitchatting.

The last weekend of October, as I promised because my friend Haris was making a party for his birthday, I went to Tallin. So everybody was there, my roommate, her friends, my friends, more people to know. It was a great party and we had lots of fun. We tried several Estonian desserts thanks to Meidi –she is a mentor in the EVS program- and she is a wonderful cook. I am getting fat but actually I don’t care about it. Estonian food it’s really good. 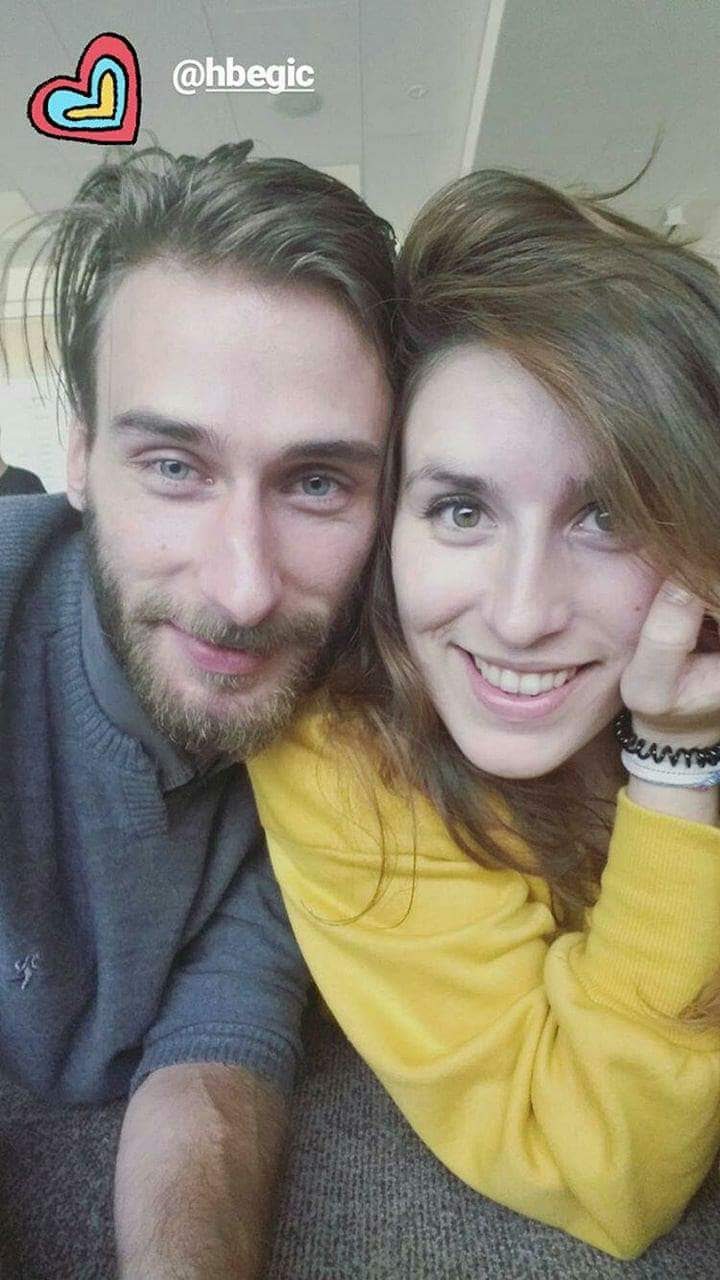 In the October school break we had a lot of activities. One of them was the hiking. We didn’t walk for much time but it was fantastic. I tasted the red berries from the floor while there still was ice on them. The walk in the morning with the kids was great and we ended the journey in Hargla youth centre –where Nina works- eating a delicious soup. 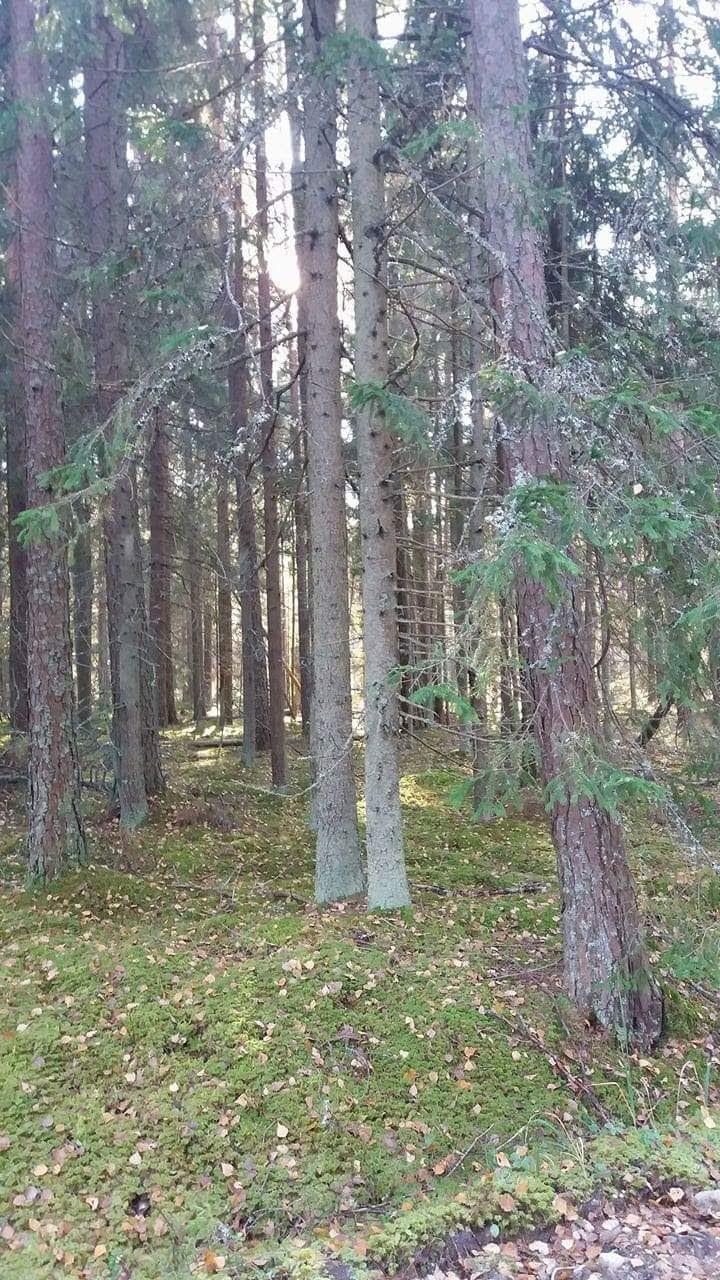 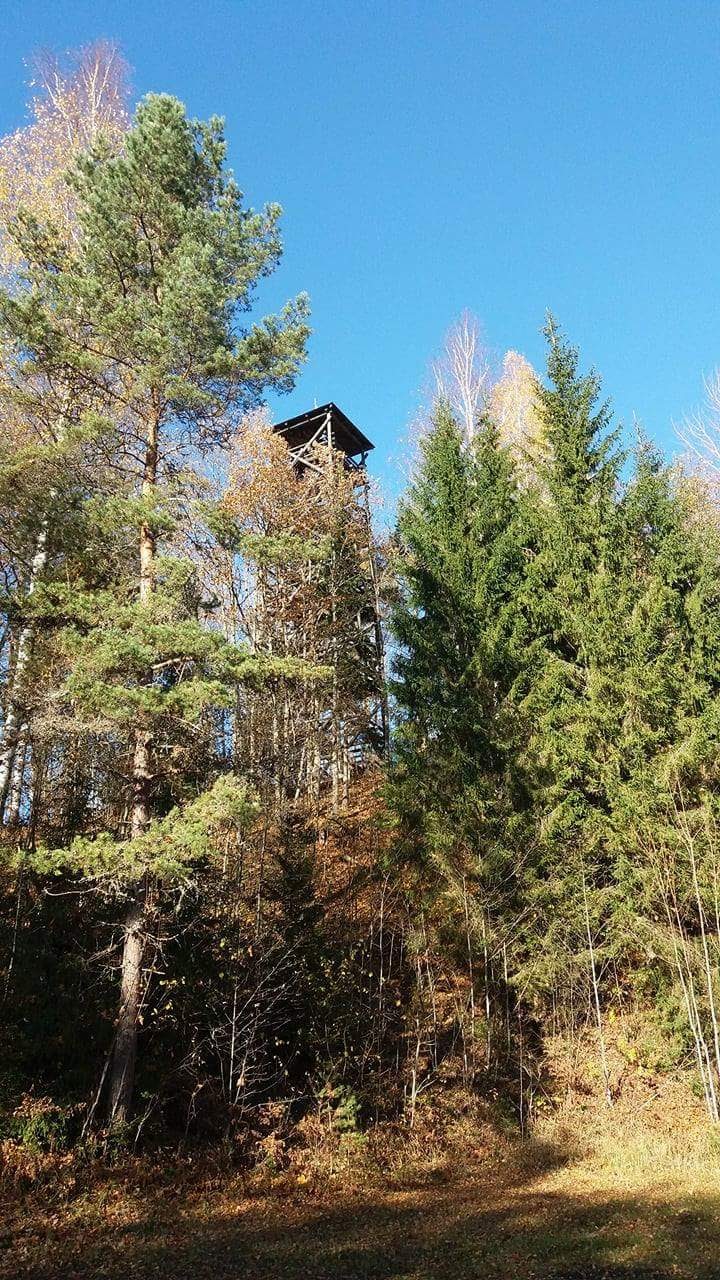 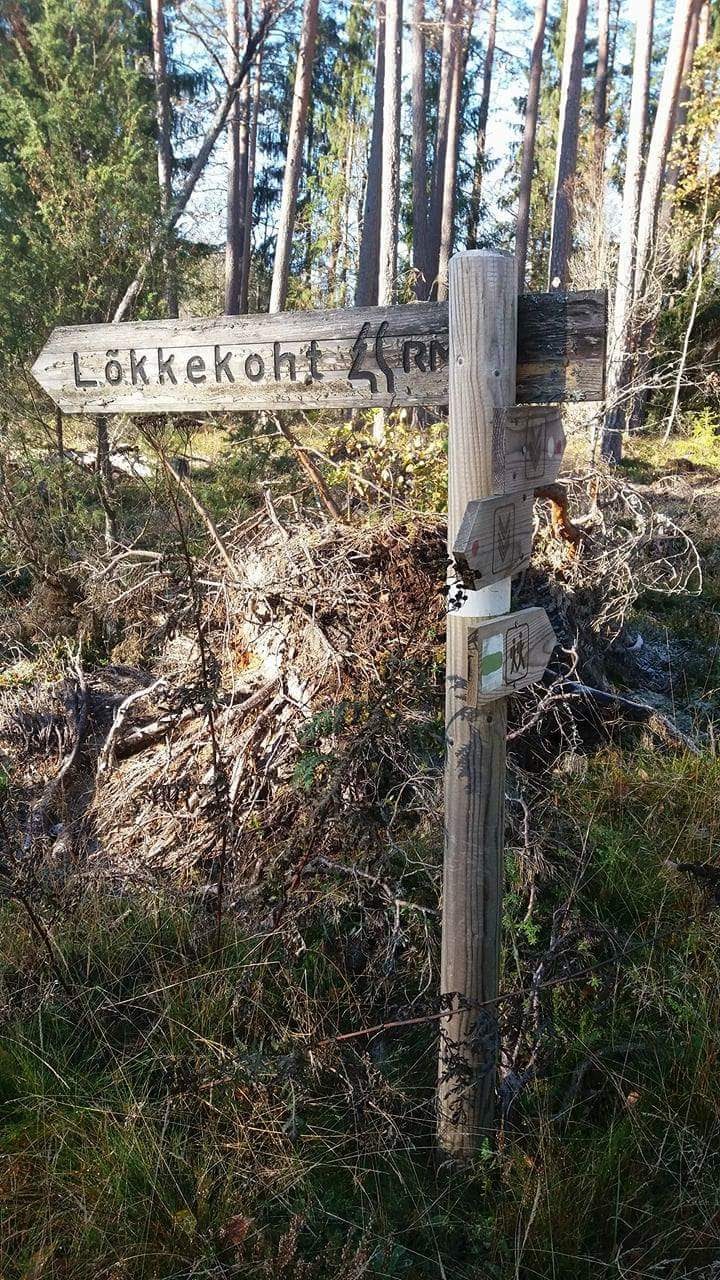 To finish that crazy week we celebrated Halloween. I made an origami lesson with bats, cats and pumpkins and the evening was full of food and ga 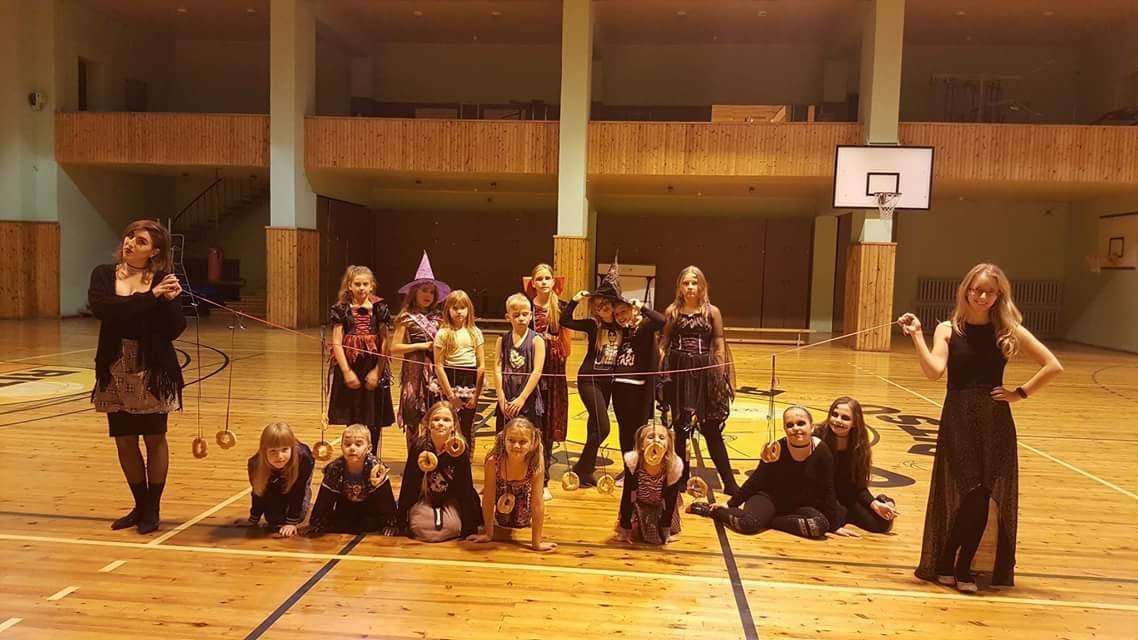 mes. I finished the day exhausted but happy and with a full belly as the kids did.

To sum up I have a lot of friends and they are my family now because I know that I can count on them as they know they can count on me. This is the most important thing. I am living incredible new experiences which one year ago I couldn’t dream on so I am happy to have found amazing people to share that with.

At the moment, I am closed at home because I am sick but I bet this November will be even more amazing that October. Anyway, we will see.