I had an active comeback this month, games with kids in kindergarten and at school? hobby groups in the youth centre, cinema with estonian film and independent lessons, but about everything in order.

Dance - something that always follows me

As I wrote in the previous blog, Madli, Jandra and I had a deal, that I would help in the youth centre, so starting from september I have a feeling which I call multipurpose volunteer, at which I cannot but rejoice, because I have different work every week, which does not let you get bored. For example, this month I started to conduct a new hobby group. First one as you know is the creativity club, so the second one is the dancing club. Pretty interesting experience, I feel a choreographer vibe. Now then, we have active rehearsals once a week, we are preparing for the New Year's concert😏 I want to confess, I was a little scared to conduct  this club, but I had a wonderful support group. 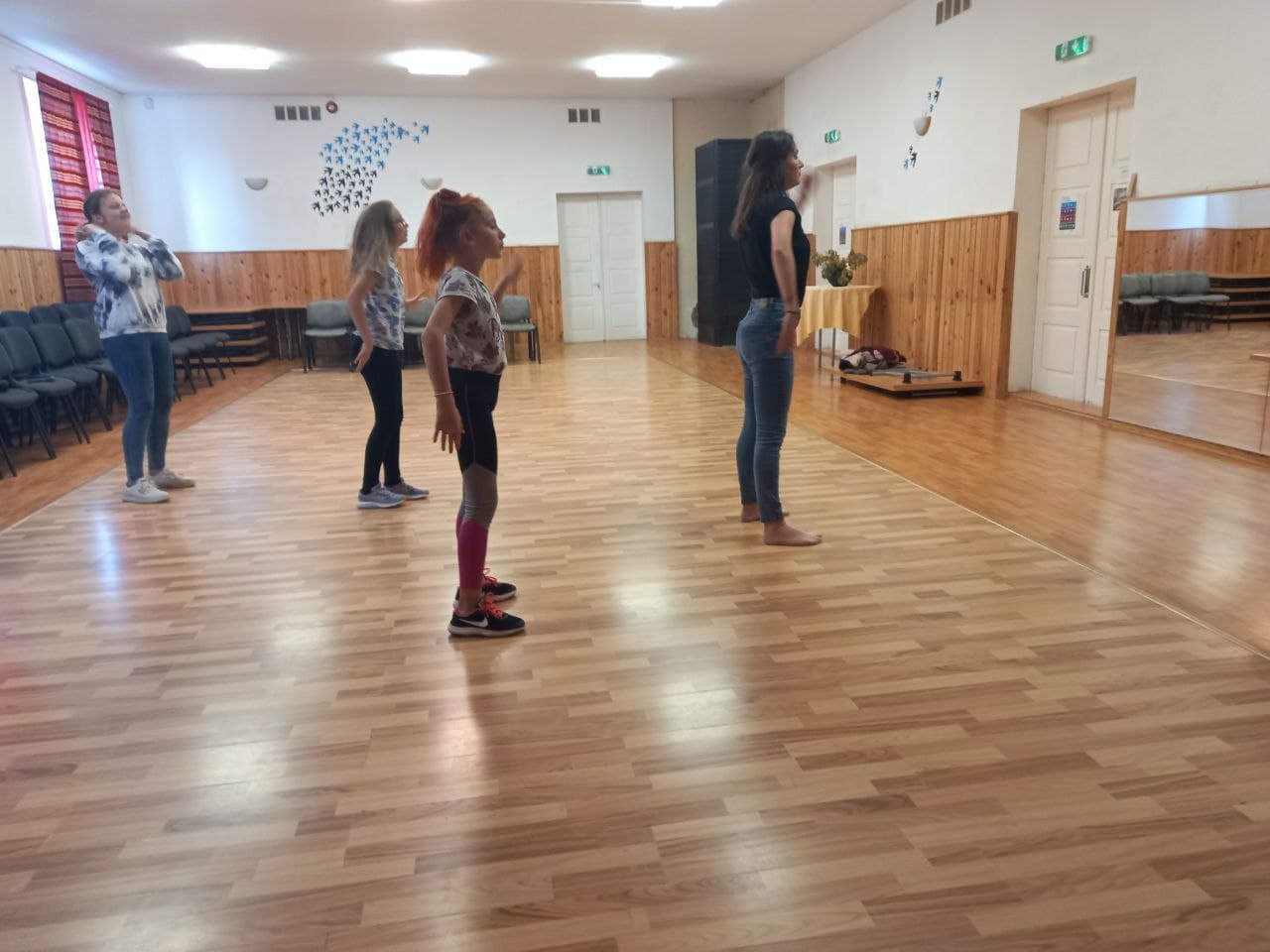 Continuing the theme of dance, soon I will dance with Hargla’s ladies again. Our performance, which we planned for the 29th of October, was canceled, due to some reasons beyond our control. But we are not upset. I think, more precisely, I am sure that we will have another opportunity to perform.

A little about cute

Since it is getting dark quite early now, I had a lovely situation. Once, after a dance rehearsal, I left the youth center and found out that it was already very dark, so I decided to go home very quickly, but on the way I met one guard, more precisely a girl guard (as it turned out later) - Kita, a beautiful cat who brought me home and got delicious food in return.

This month Yandra's level of faith in me increased, so after lunch at school I gave an English lesson and crafting alone. Feel it?  The volunteer has grown😂. So I prepared games and different ideas and we worked with the guys from Gaia. Spoiler alert: everyone is alive and well and even learned new things in English. But the following also happened: Yandra entrusted me to conduct her own lessons all day long, since she had to go to Võru. I just remembered childhood dreams when you play school in kindergarten, and here you are, you are a teacher. The day passed, by the way, wonderfully, I am very grateful to Herta's mother - Keiu, she was my translator and support group for this day.

Operation: understand what is happening in a film in Estonian without subtitles

After the lesson, we went to the new town(for me) of Varstu, which reminds me of Lullamae, to watch a film in the cultural center. My flair prompted me, or rather even shouted  “Dasha, trust me, you’ll like it,” and you know, this is what happened, I understood what was going on in the film and even burst into tears at the end, as it must be. Successful success.

We had an excursion to the thematic park planned for the end of the month. I found out about where we were going already upon arrival, I don't know why, but when I asked Yandra or Keiu about the location, they answered “somewhere far away”. So, we arrived at the thematic park, which was located between Tartu and Tallinn, a beautiful place with wonderful nature, the photos will be below. We were introduced to ... I don't know what, guys, no jokes, nobody translated for me, so I just nodded, followed the children and enjoyed the views. On the way back, Yandra made me happy with the approval of funding for my project😊 I'm happy. We are beginning to actively work on it. 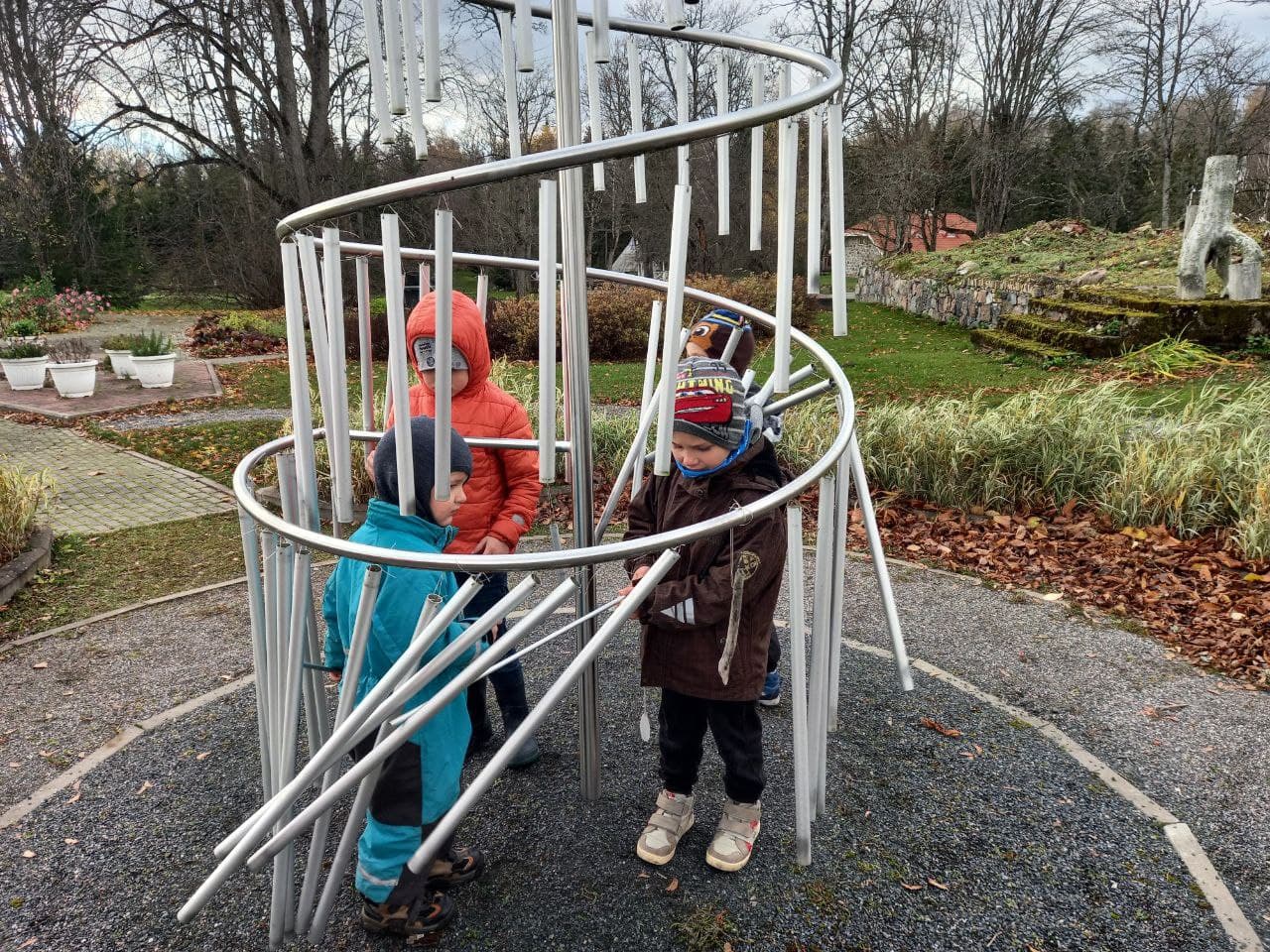 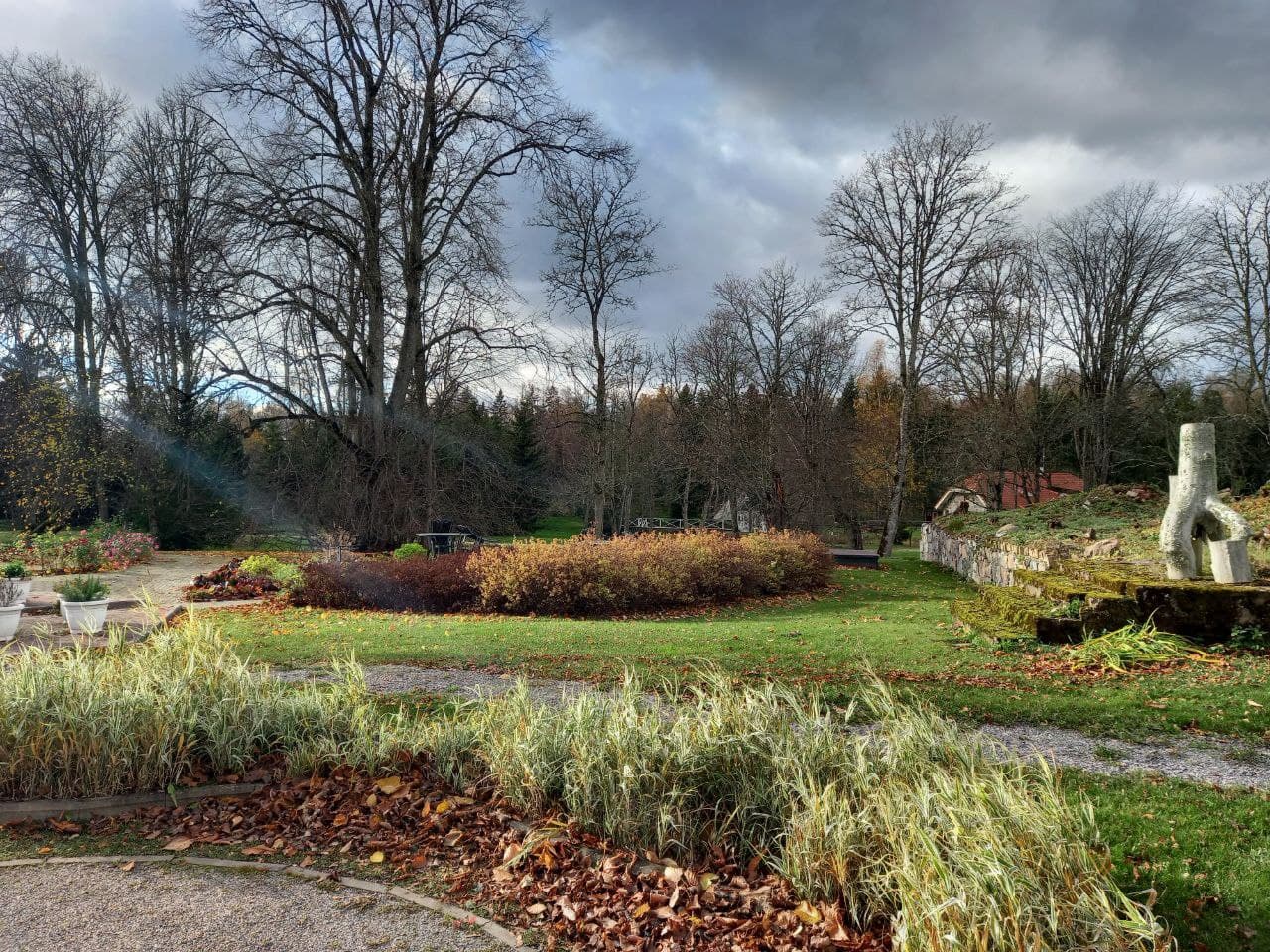 Random fact in the end: I painted a room in the youth centre. It is diverse volunteering)