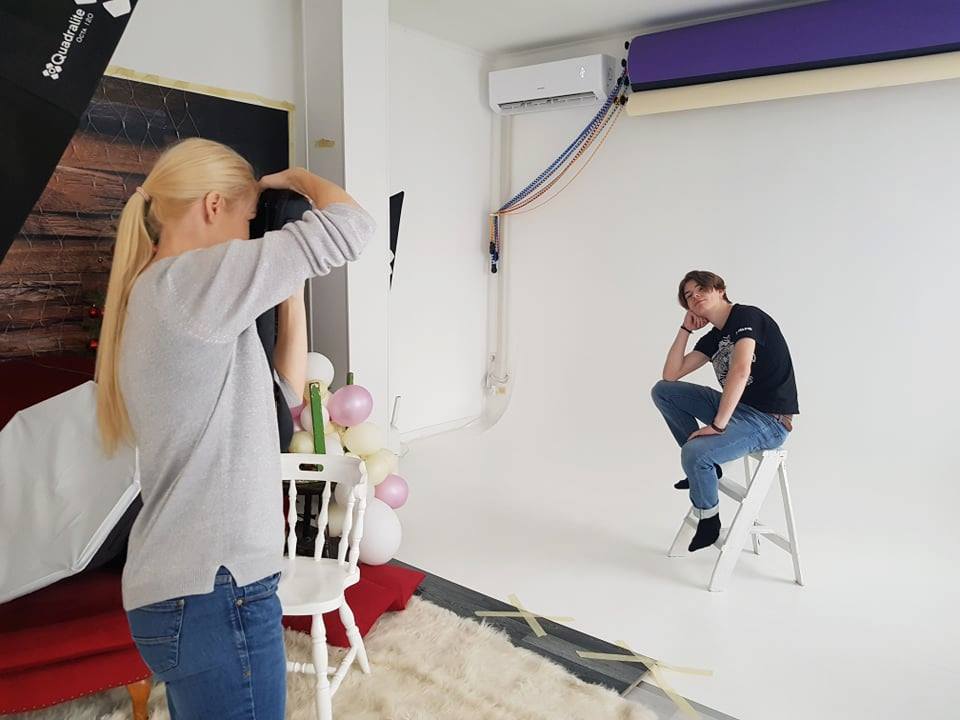 But the outcome you can see in the picture was definitely worth the near- death experience. 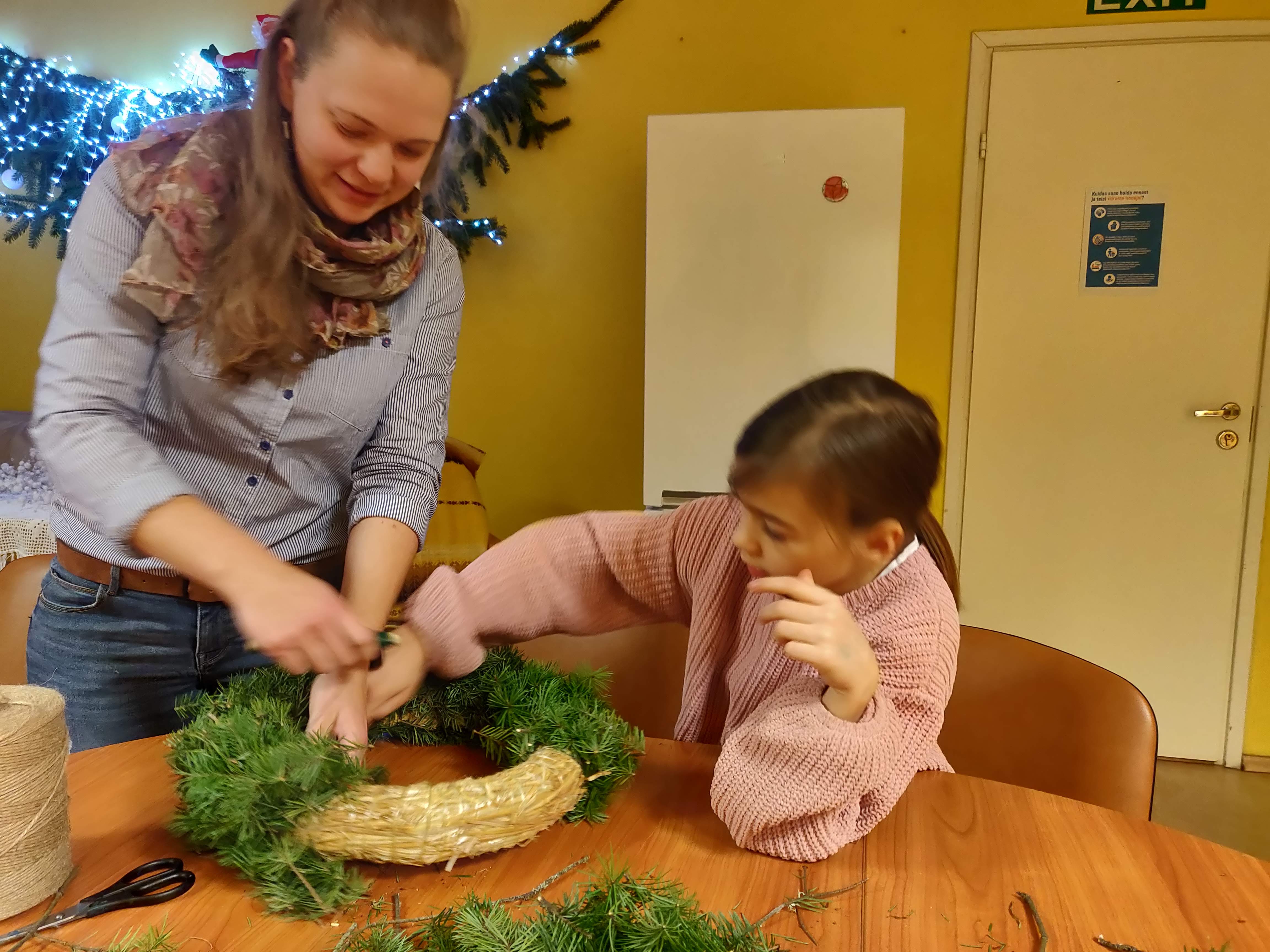 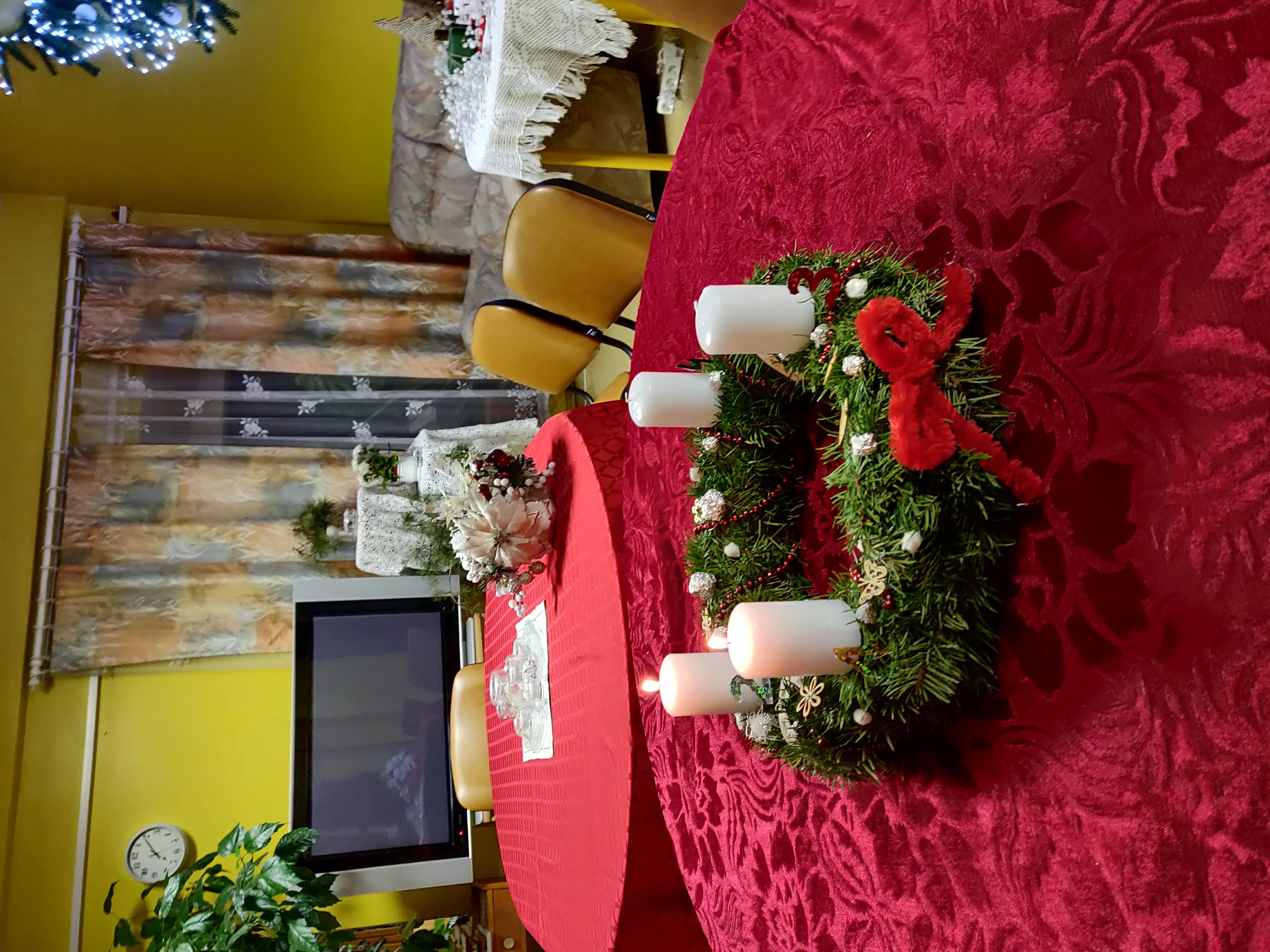 The second freezing experience was hanging up the cookies, but first we had to make them. This activity was a blast for the youngster. They had a ton of fun forming the grease and seed mixture in every accessible mold. For myself I learned that grease is not as easy to handle as I though. The problem that occurred while melting the fat was, it starts to smell pretty heavily if you heat it just a little bit too much. An experience I’m determined to never have again.

While talking about making them we shouldn’t forget the original purpose of those cookies. Nourishment for birds in the winter time. So, did they like them?

While I didn’t see it personally Madli showed me the following day a video of the birds in the morning fighting for the cookies and by the end of the day there were just the loose strings we used to hang them up on the tree left.

Nearly halfway through the advent I was invited to a sushi workshop alongside some youngsters where I learned two things.

First, I apparently am naturally unable to roll good looking makis, no matter how hard I try.

Secondly, I was again remembered, that the Estonians have a strong love for dairy products. I couldn’t do anything than witnessing, probably with a horrified look in my eyes, the youngsters putting cream cheese into their sushi rolls. 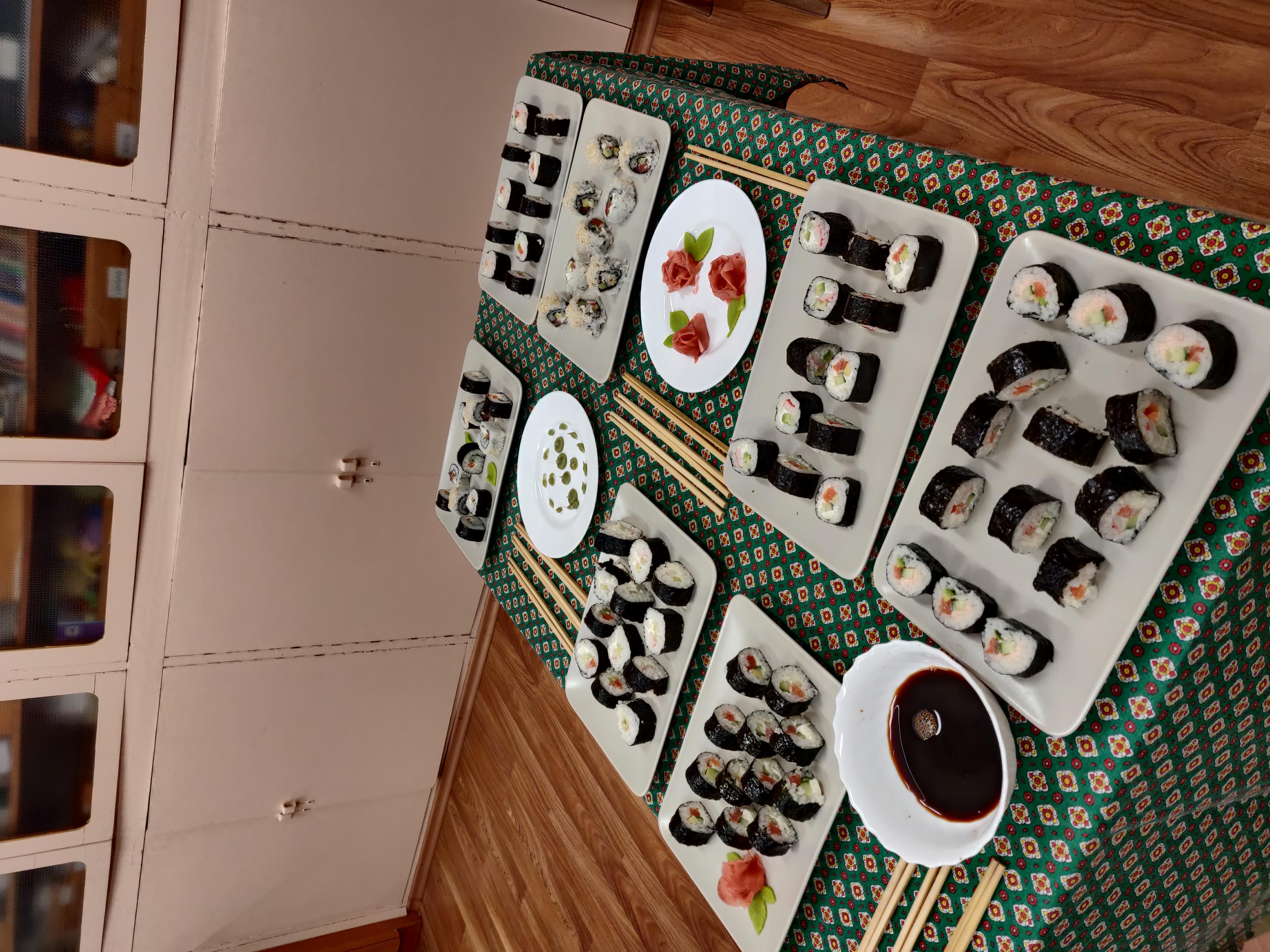 In the end the finished products delivered a nice look. Honestly, I think it was more the angle of the photo taken and the fact we set up all makis nicely on plates and arranged everything to make a decent impression. Which worked out great.

The most important question at that time was still yet to discover. How did they taste? We could all agree that they tasted pretty good, just like the makis you could get from the nearest Asian restaurant, while I kept the thought to myself: “The less cream cheese, the better.”

Around these days it was announced, that from next Monday on there will be harsher restrictions regarding the pandemic. But first all the youth workers from the area plus the volunteers met up in a Cafè in Valga to celebrate the Christmas time in a small circle. Unfortunately, I overslept the meeting hour with Madli. So I had to hurry to get out of bed and into the car to head to Valga. In this hurry I forgot that we will also do a professional photoshoot afterwards and I looked like a zombie…

After eating the most disgusting cake (Mayonnaise) in my life, drinking a coffee and putting some water in my face I was kind of ready to smile into the camera and I hope I did it well...

The last normal day I spent alongside the other volunteers again in the rock club in Riga which organizes every month a concert. And while I didn’t enjoy the music like last time, I still had a great time on this last evening, which unfortunately had to end because of the restrictions early at 22 o’clock.

From Monday the 15th on it was different in the youth center. We had to close its doors and just do things with the kids on the outside. This destroyed our whole nicely planned advent calendar, but complaining didn’t help so we quickly adapted to this situation and figured out some activities. On one day we went for a walk with the eager youngster in the freshly formed snowy winter wonderland. While walking through the forest, what felt for me pretty normally, Madli said out of nothing there are mountains ahead and pointed into the distance. I just had to laugh while explaining to her that back in Germany, I probably live next to a mountain, in terms of Estonian standards. 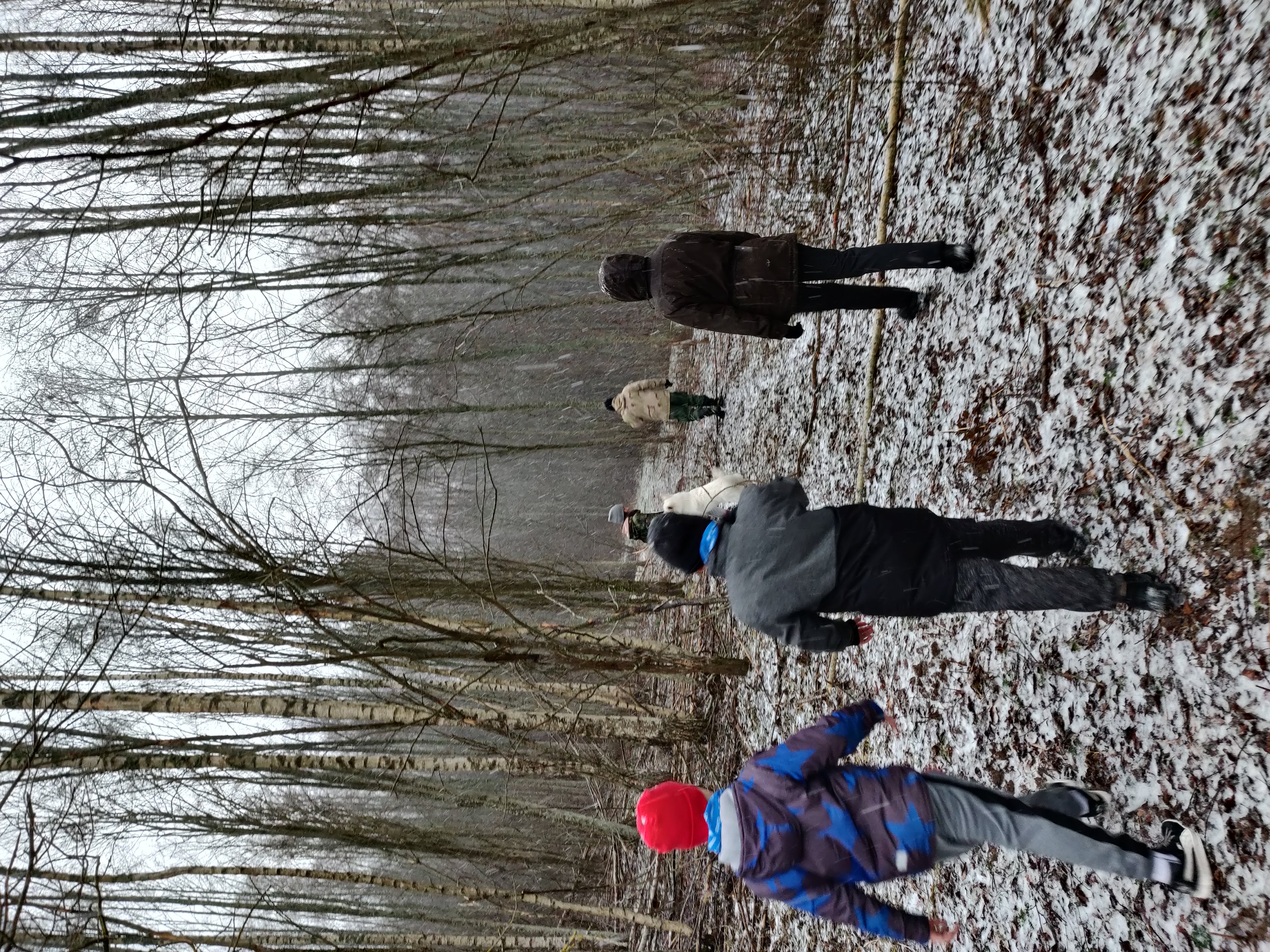 On the next day we met up in the garden of the youth center to bake self- made stick-bread around a bonfire.

But the biggest and also last activity I did in Estonia this December was to organize a three days lasting treasure hunt throughout Hargla, Koikküla and Taheva Sanatoorium. My job was to create the hints regarding the treasures in the Sanatoorium and looking back at it I probably created a too hard to solve puzzle for the small youngsters living there. But with enough hints they eventually solved this puzzle and I could peacefully sleep again.

Two days later I was heading back to Germany for Christmas. Not because I desperately wanted to, but more importantly because my loved ones really wanted me home in this time. I will spare you from the details regarding my time in Germany. It was nice seeing everybody, but I would also have loved to experience Christmas and New Year abroad with my new friends in Estonia. But I can tell you something about Riga, because I was privileges to visit it in this time. It is a beautiful city. I even noticed it while just being able to take a short glimpse at the city while passing by and I’m eager to show the city to Vici and the other volunteers while surely learning new exciting things about the biggest city in the Baltic countries. 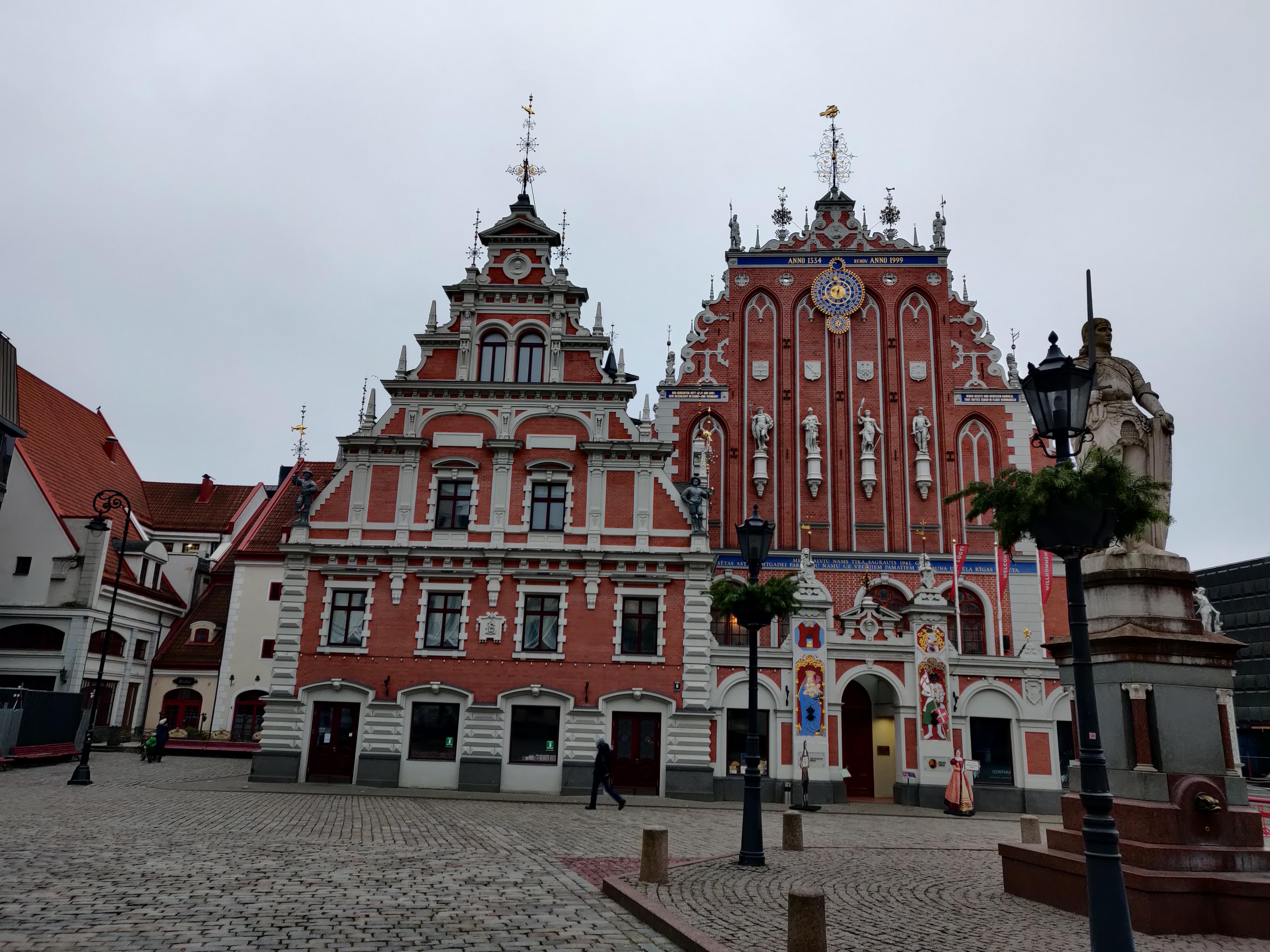