So, May started with a new craze in the youth centre: FACE PAINTING. We had ordered some face paints, and when they arrived of course everyone wanted to try it. So basically, I spent every free minute in the youth centre painting all kinds of objects, animals and monsters on children’s faces and arms. The hype somehow persisted throughout all of May and culminated at the “Suur Lastepidu” (= Big Kids Party) in Valga in the beginning of June. There we offered face painting for the kids and they took this offer more than happily, which resulted in me (and two other girls) spending 3 hours straight painting like a thousand kids’ faces and dealing with impatient parents. At the end of that event I felt like a walking dead, especially because I had spent the whole day in the sun and gotten a light sunstroke also, yay. That was enough face painting for the rest of my life! 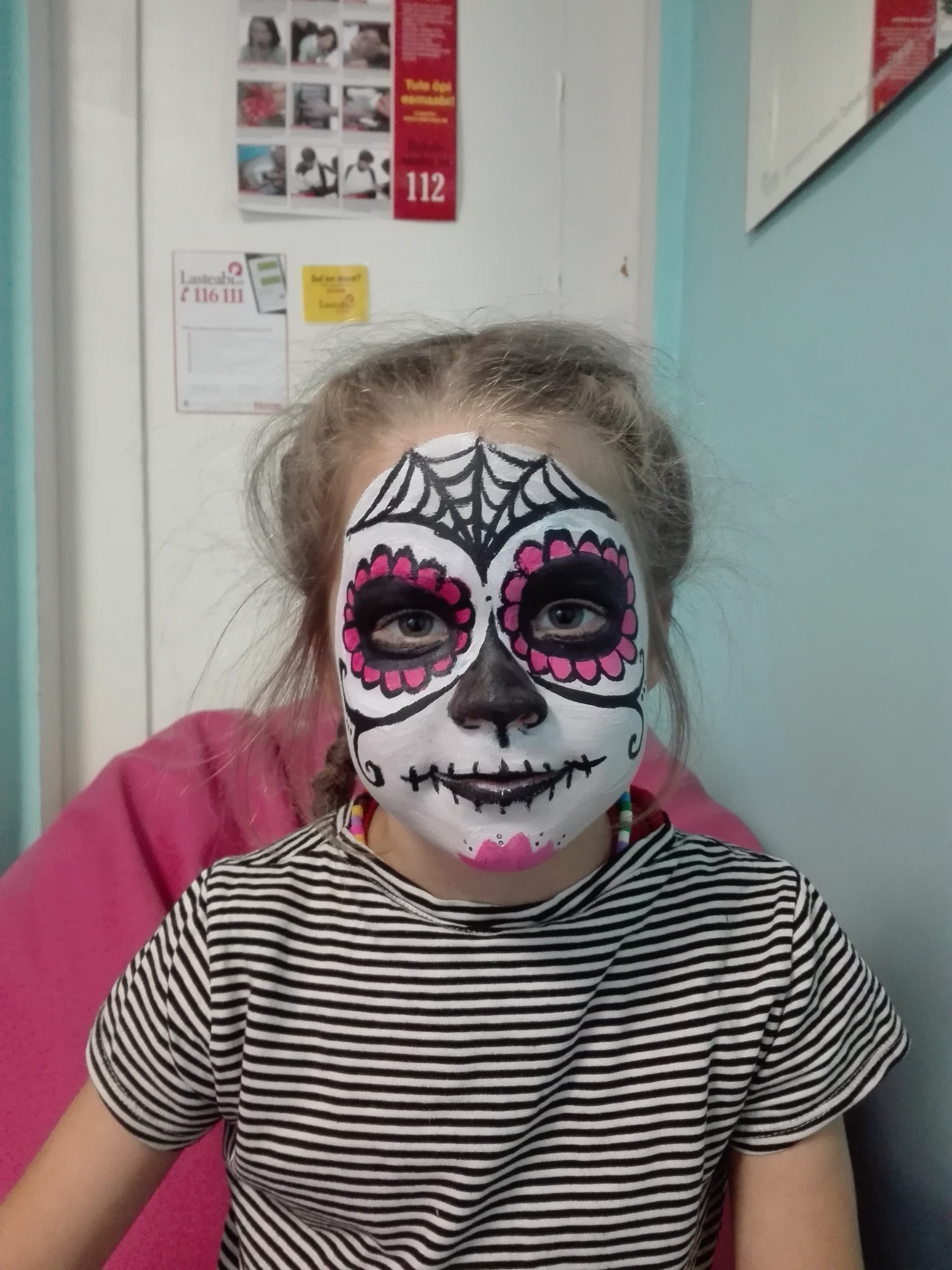 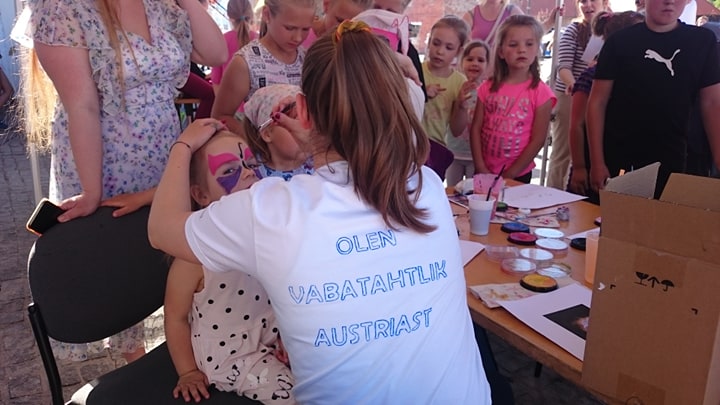 But besides the face painting the first two weeks of May were not too busy, so I had time to enjoy the finally quite nice weather. At least most of the times it was nice – but usually of course not on the weekends or when I had free time :D For example one weekend we wanted 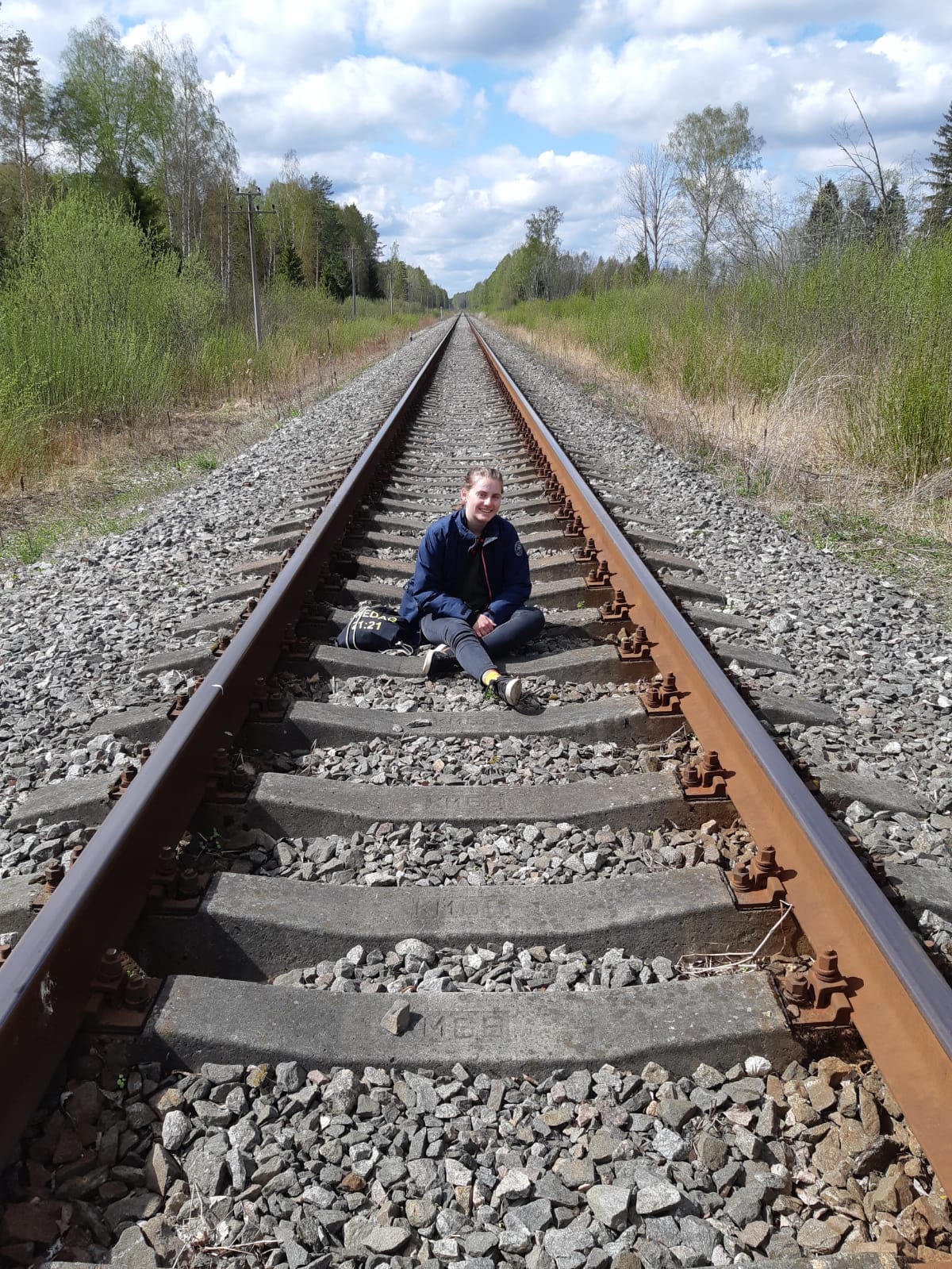 to go to a song festival in Tartu and while it was nice and sunny throughout the whole day, in the evening the weather spontaneously changed its mind and it got super wet and cold. Thanks to this and some other complications (like for example missing half of the festival because we got wrong information about its location, getting kind of lost in the forest and accidently taking the train to Tallinn instead of Valga) that weekend wasn’t exactly the most successful one – but we had fun anyway and at least now I also have some stories to tell :D

And next thing I knew it was already time to plan and start my travel to Spain! Like all good stories, it started at the Riga airport, where, after visiting the famous beach of Jūrmala (again: bad weather on the weekend! :( ) and the Riga Zoo, my plane to Girona was leaving on Sunday evening. Since I was flying with Ryanair nobody will be surprised to hear that we had quite a delay, which made me almost miss the last bus. But luckily Spanish busses aren’t so accurate with their time schedule either :D

The first day in Spain I spent exploring Girona, a really nice little city with one of the most beautiful oldtowns I have ever seen, an amazing city wall and towers and lots of super cute parks full of green and flowers. 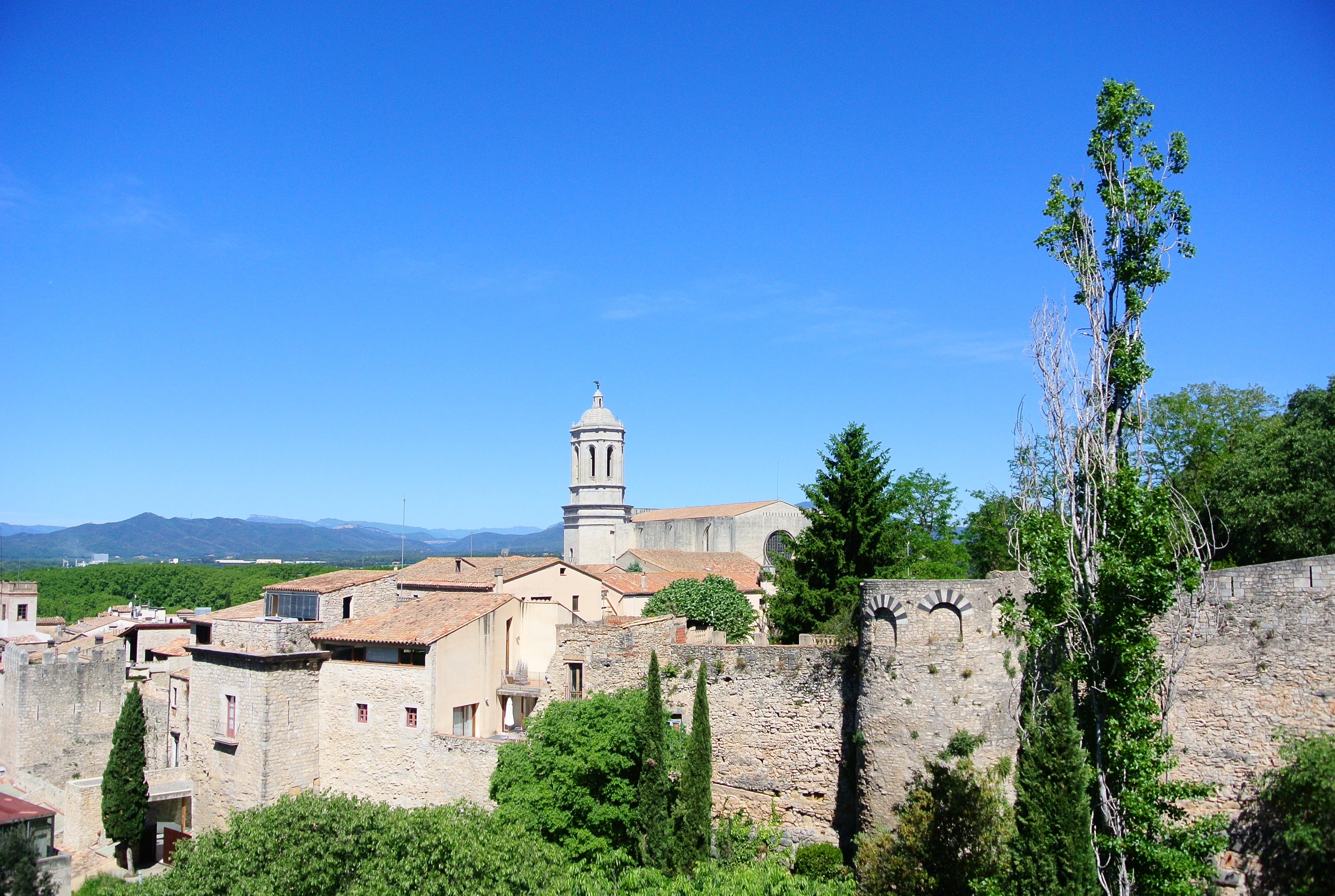 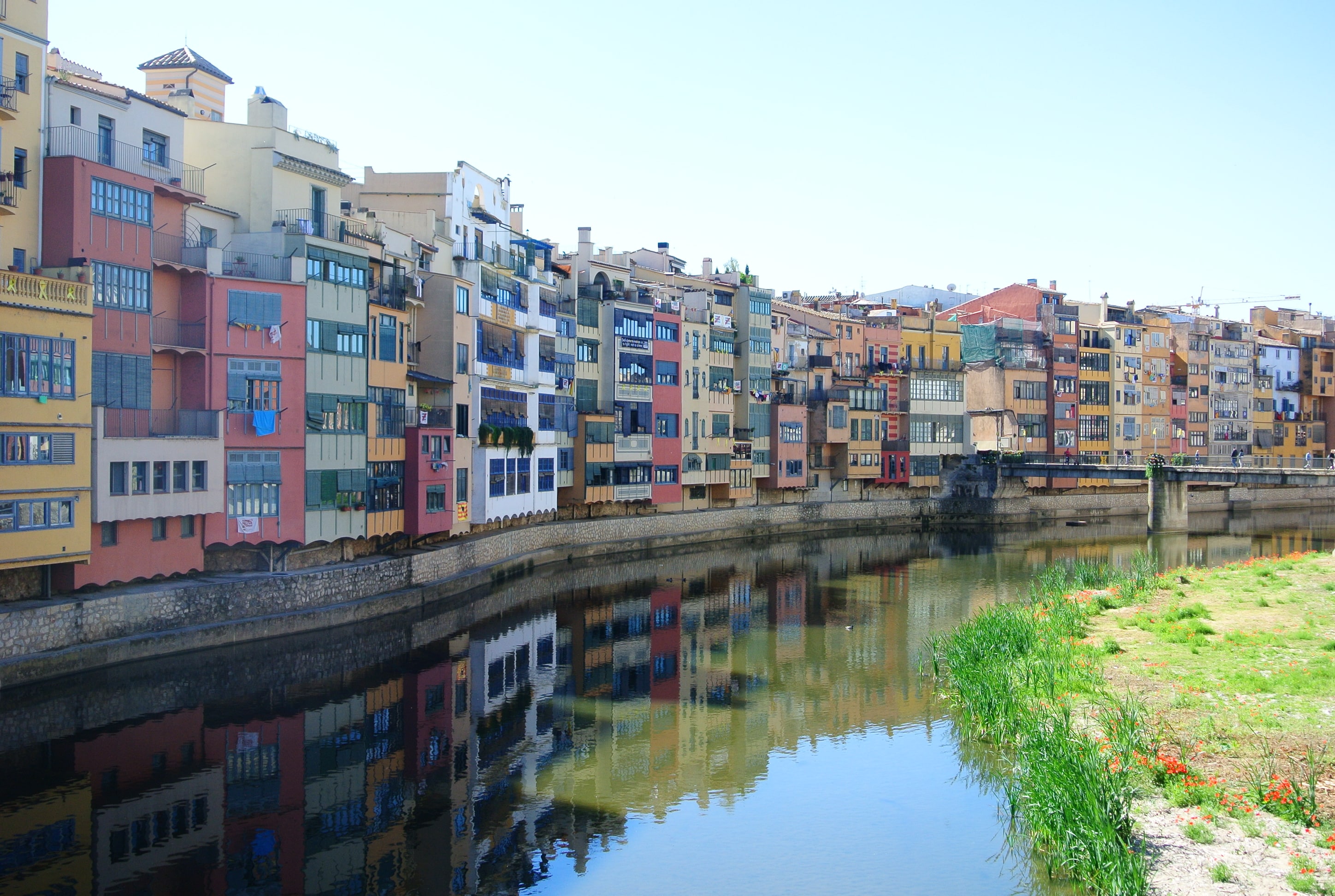 In the evening I took the train to Barcelona where I finally met with my sister. It was so great to see her again after almost five months and I didn’t even realise that I had missed her that much until I saw her waiting for me at the station. (bussi tjo! (und an alle anderen natürlich auch!) Also, I really enjoyed the break from work, and just starting into the days knowing that I didn’t have any tasks or anything specific to do. Lucky as I am, I of course caught a bit of a food poisoning one day, but except for that one “wasted” day, it was all good.

And, of course, BARCELONA! Barcelona is just a-ma-zing! I’m in love! I mean, it could be a bit less windy, the distances could be a bit shorter and the metros and main places could be a bit less crowded and chaotic. But come on, it’s Barcelona after all – all of that is not even worth mentioning considering the beach, the hills (and probably hotels) with the amazing views, the charming little side streets, the most beautiful railway station ever, all the parks and basically everything! 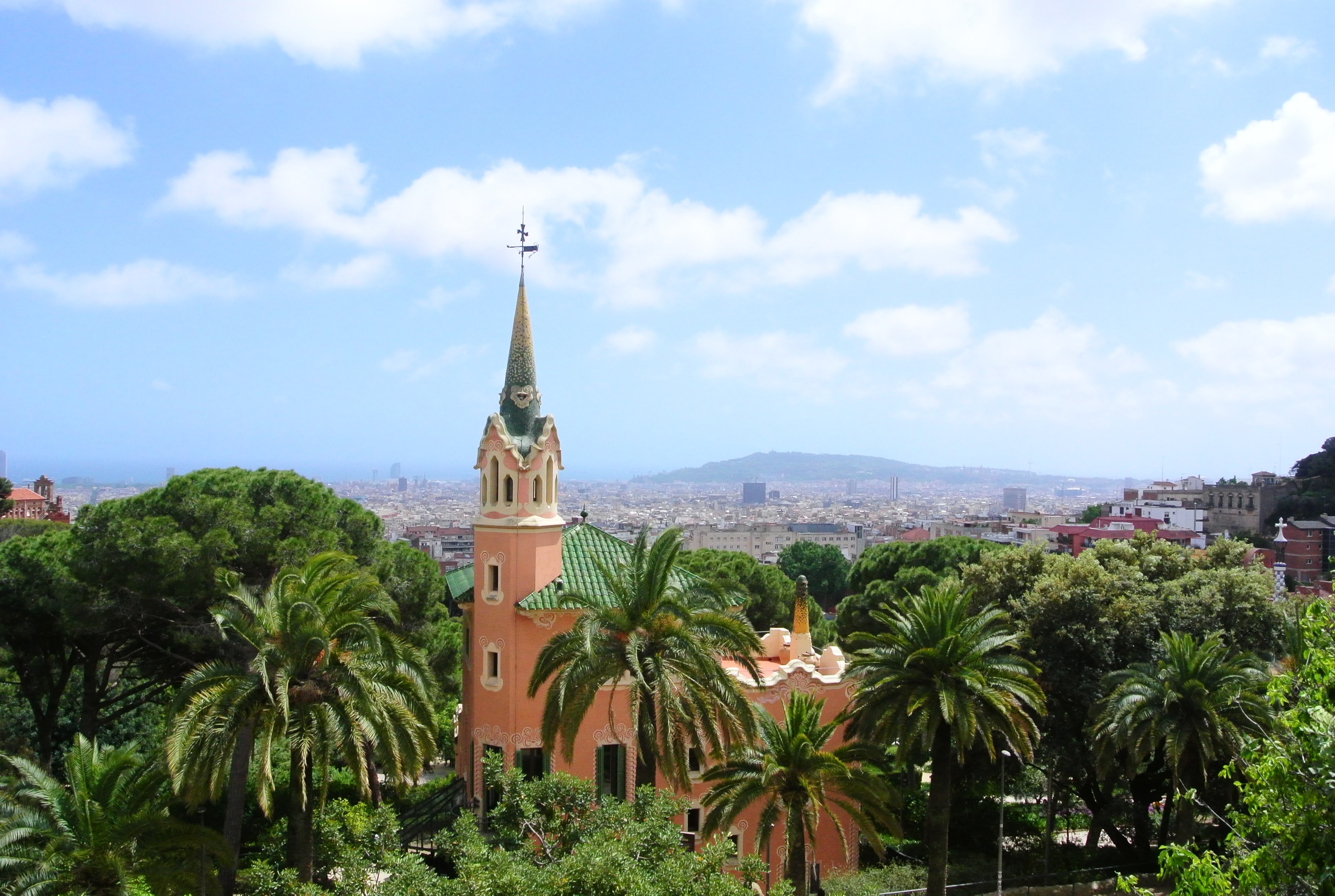 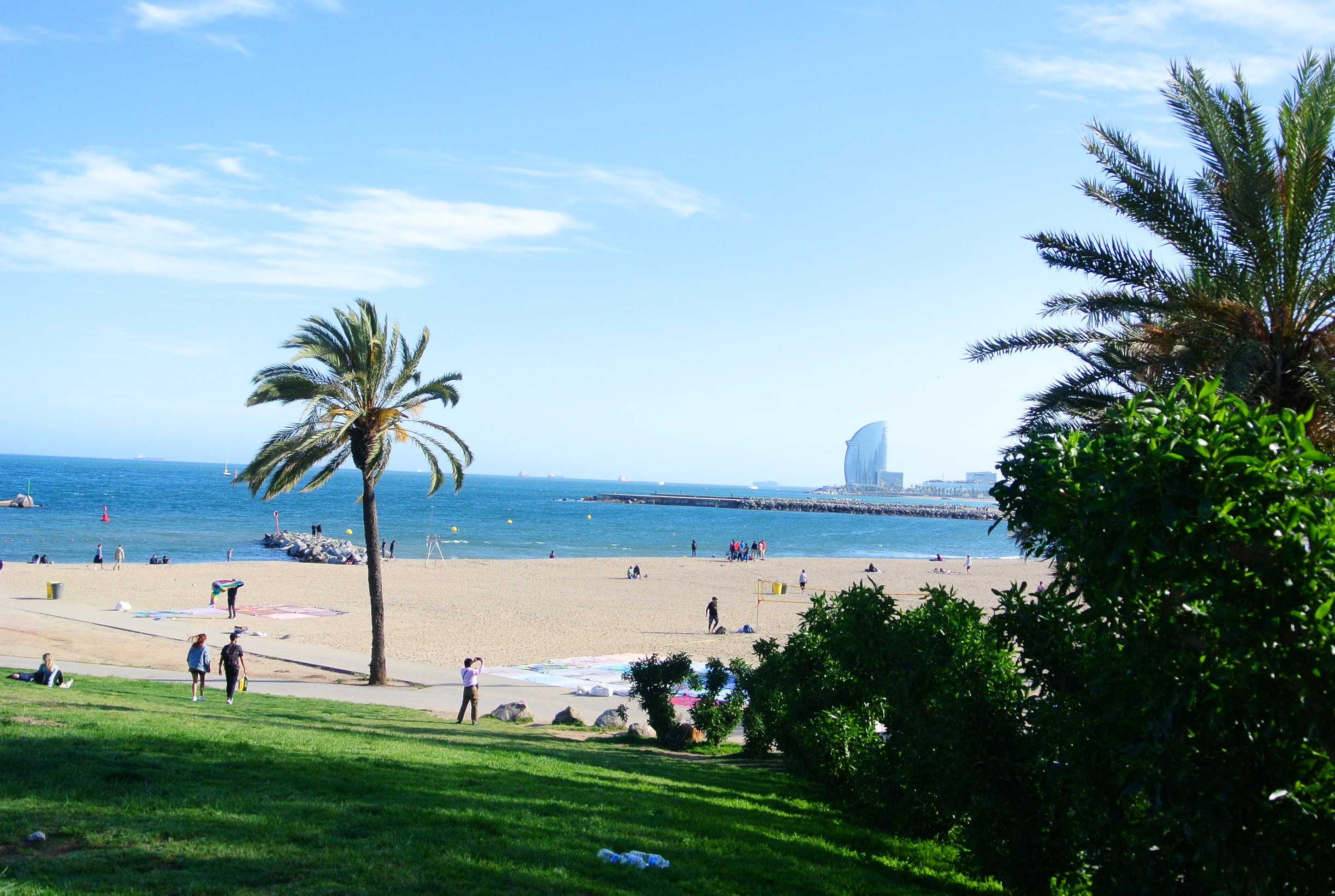 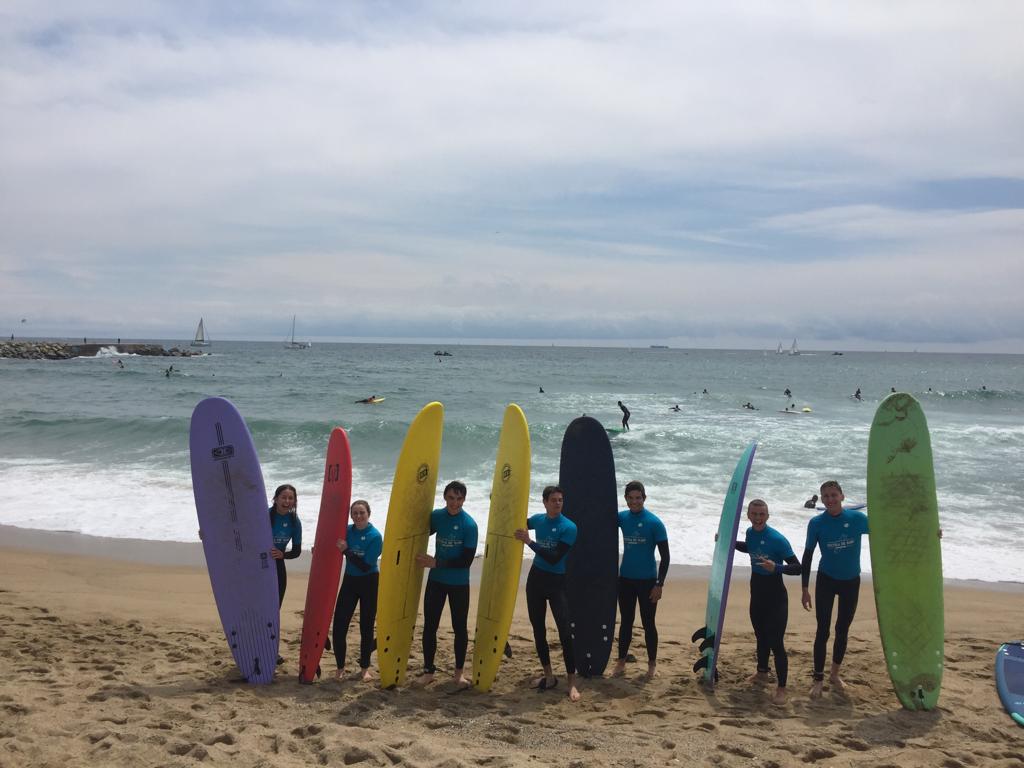 The time in Spain just went by way too fast! And then it was time to come back to Hargla. Which took me much longer than previously expected. To be more exact: 30 full hours, of which I spent like 10 hours in a bus/train/airplane, 10 hours in a hostel in Riga and the rest waiting for busses/trains/airplanes or running around trying to catch them… What a great way to spend 30 hours! (((:

Afterwards it kind of took me some time to get back into my regular life and I felt a bit lost the first days, also because I had to say goodbye to one of my closest volunteer friends, who finishes her EVS already (bussi auch an dich an dieser stelle!). But thanks to Madli and the youngsters and some events/activities that we had (like for example a treasure hunt, the Sanatoorium birthday party and Escape Room in Tartu), I soon found my place in the youth centre again. Right on time before the last big event in May – the Looduskool (= nature school), a Defense League camp that took place 31.05.-02.06. 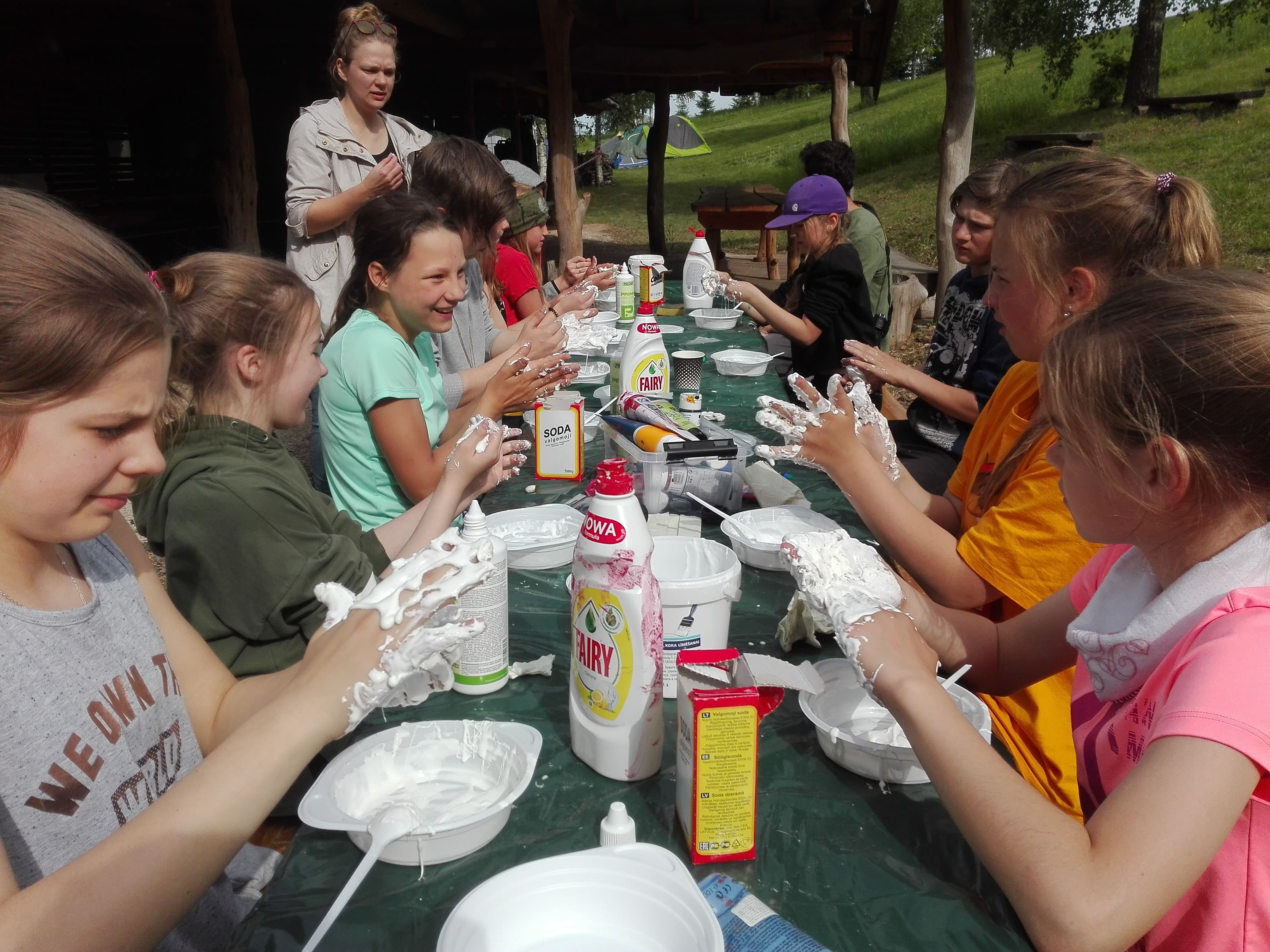 And what I can say about the camp is that it turned me into even more of a slime expert than I am already, due to the fact that we lead a workshop which consisted of making slime throughout one whole day. Other things I did at the camp included counting how many times kids can run around a tree in seven minutes, (unsuccessfully) trying to keep the mosquitos from killing me and especially my legs (they are horrible!!!), trying to make kids stop crying and calm them down with my poor knowledge of Estonian, and eating garlic for breakfast after a not very restful night in the tent. It was still fun, though :D

And like this, another month ended and I was horrified to realise that the two last months I still have here are full of events (seriously, there are close to zero days without any special activities planned already now!) and will pass super-duper-fast and then it’s already the beginning of August and the 11 months I had here in Estonia are past and it’s time to move on. Help!