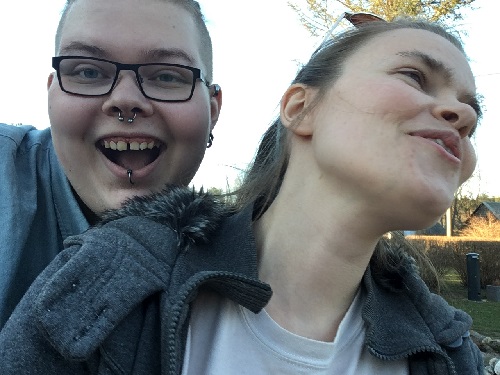 I have now been in Estonia for longer than I have known that I would be coming to Estonia. It has been something of an adjustment…

Moving from Finland to Estonia with two weeks to prepare turned out not to be that big of an issue, so I was already in good spirits about my sudden uprooting, but what I had not prepared myself for was how much the similarities between the two languages would serve to confuse me. 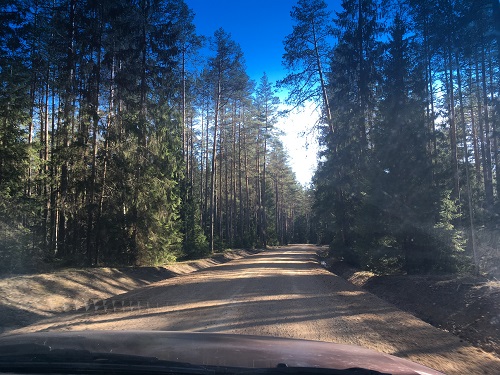 The first notable event was a first aid course, which was already a first for me, conducted in Estonian. My tutor acted as an interpreter, so I was able to participate in the theoretical parts of the course to some extent. To me it was also a chance to test myself on how well I understood Estonian.

To me it was also a chance to test myself on how well I understood Estonian. Turns out it really is just enough to be confused.The practical exercises of the first aid course were a different matter altogether, but thankfully I am a very visual learner. By which I mean that I paid very close attention to the goings on and then tried my best to replicate what the others did while looking like I knew what I was doing. I was quite mentally exhausted afterwards.

Another tiring part of settling in to a new home and a new country has naturally been the administrative work that has had to be done from trying to get me an ID, to getting me a bank account, to me dealing with my own government. Truly volunteering is a wonderful institution that allows us to bridge problems that we might not otherwise have.

I jest, of course.

My choice to become a volunteer has been a sudden decision, but one that I have thus far immensely enjoyed. It has given me a break from doing nothing by giving me a chance to do something that matters. 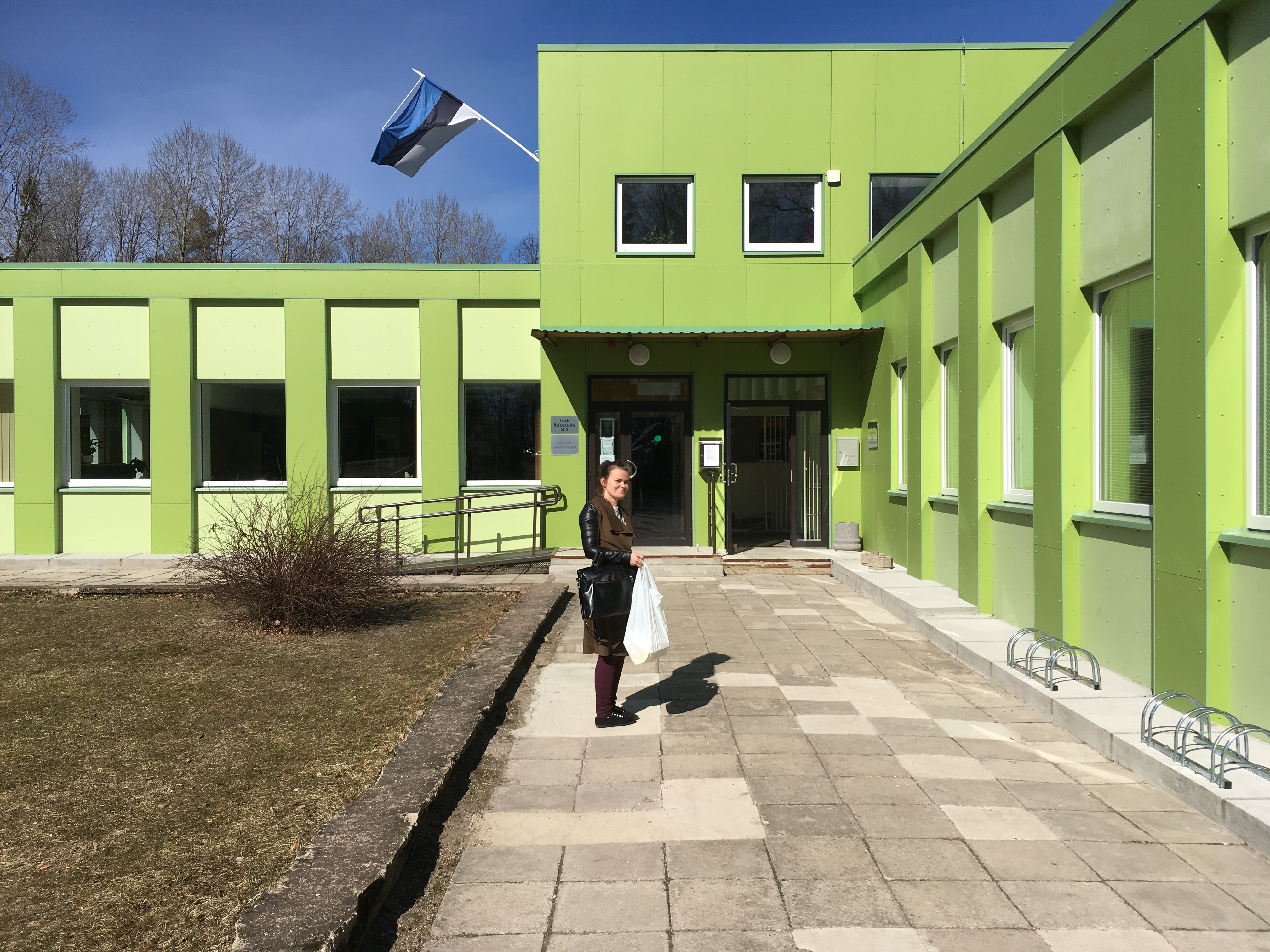 During this first month what broke up the flow of regular workdays was participation in events. The first was an orienteering event where I took part with a group of other volunteers. The event, while quite fun in its way, gave me flashbacks to having to do orienteering in PE class, but with a nice addition of activities at some of the checkpoints.

The second event was an overnight event at one of the other youth centres, and while none of the kids from the centre where I work took part, there certainly was no shortage of ruckus and sound. From a personal point the thing that stuck with me was how engaged the kids were with all the activities, including the older kids. That made the event interesting for me as well, as did some of the games I hadn’t seen before. My actual participation in the overnight event was as part of Meal Team 6, as my tutor and I were assigned to help with the preparations for the evening meal. A meal which took place after baking all the pasties in the world, with only one oven. Truly a feat worthy of Hercules. Not one of the good ones.

Maybe the one with cleaning out the stable.

Quite a large part, for me at least, of my weekly activities at the centre has been doing little cooking classes with any kids present and willing. I have managed to reach these kids mainly through the novel approach of making snacks and sweets with them, although my rudimentary Estonian has resulted in some confusion occasionally. Still, I can usually understand the kids, and through advanced mime techniques not a single brownie has been left unbaked. 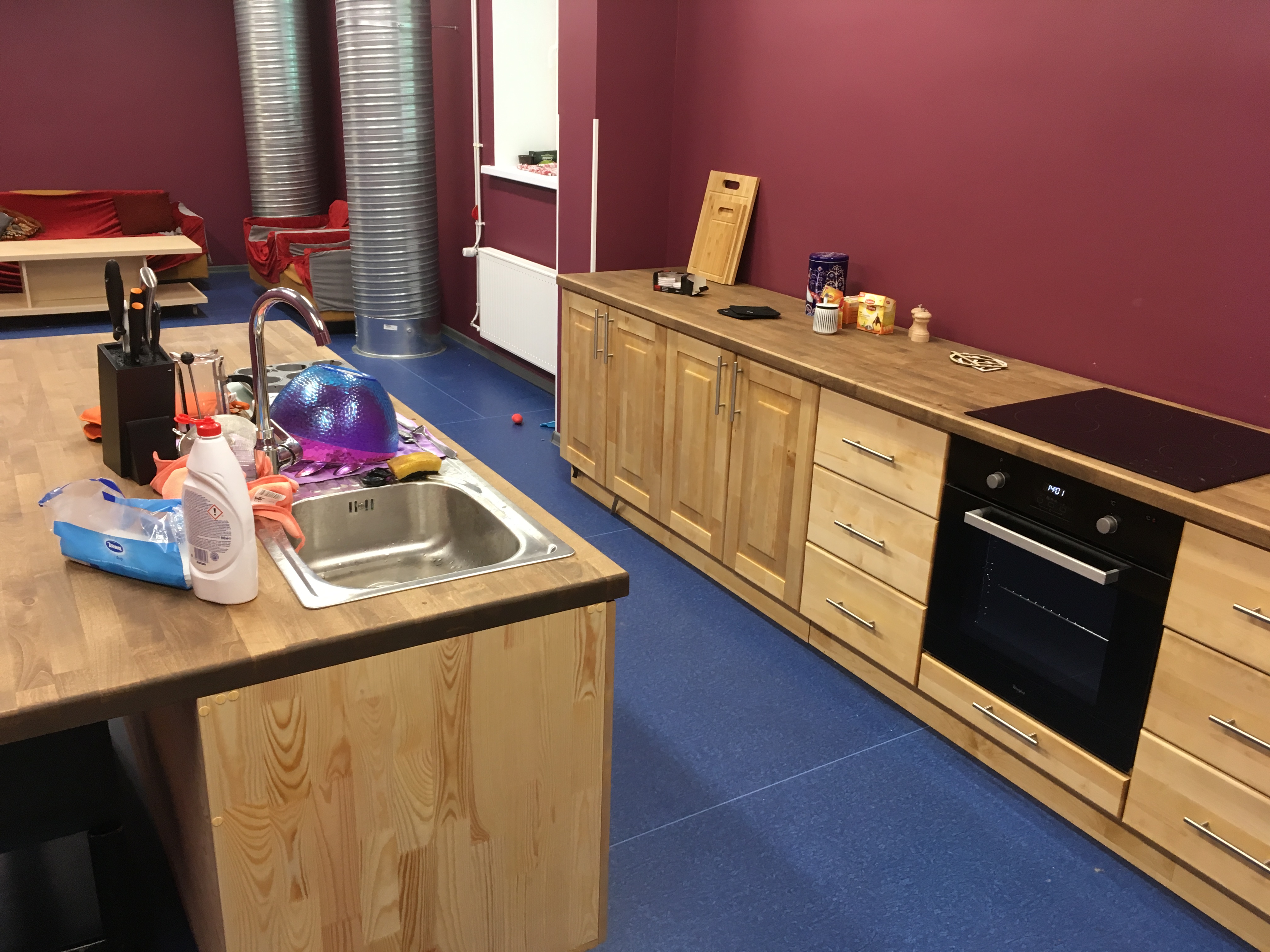 The kids have been very confident in approaching me, which has made me feel very welcome. I had expected them to be more reserved based on my personal expriences, but maybe I'm just exotic enough to be fascinating. While communication with the kids has been unfortunately thus far based on google translate and snacks, I'm doing my best to improve my Estonian. Before long I may be able to speak but not understand instead of understand but not speak.

I’m looking forward to what the next month will bring, as I will be doing two weeks at another youth centre. Truly, as soon as I get accustomed to how things are, change is thrust upon me. The only thing left to do is to hit the ground running.

And now for some Finnish: