EVS blog: It didn't snow in my birthday!
Prindi

How could it be? I had already a ‘good bye party’ because school has ended and kids at out of academic responsibilities. So in Ala we prepared a nice afternoon baking muffins and having a bbq. For the end of the day they gave me several gifts and also some tears. 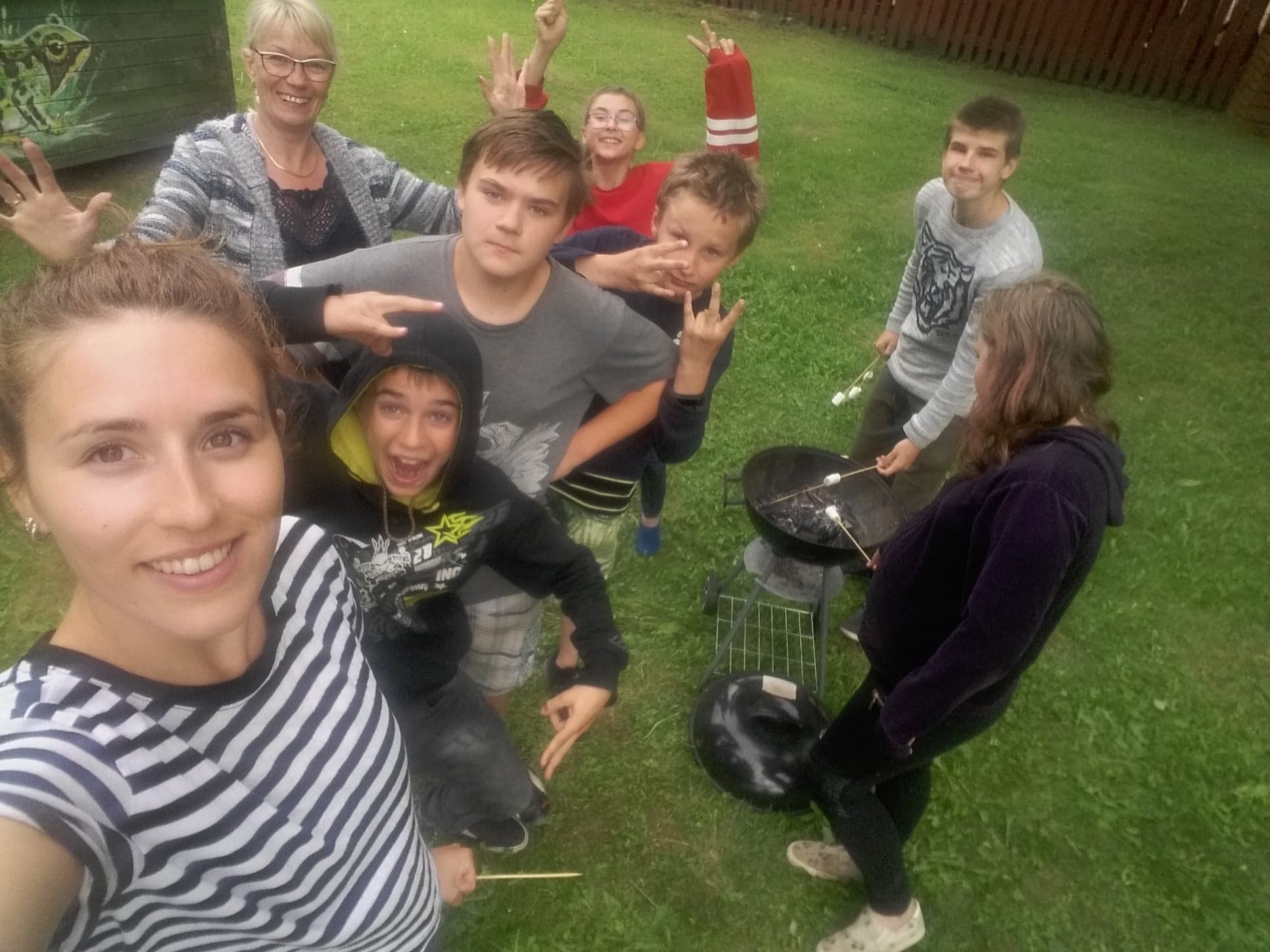 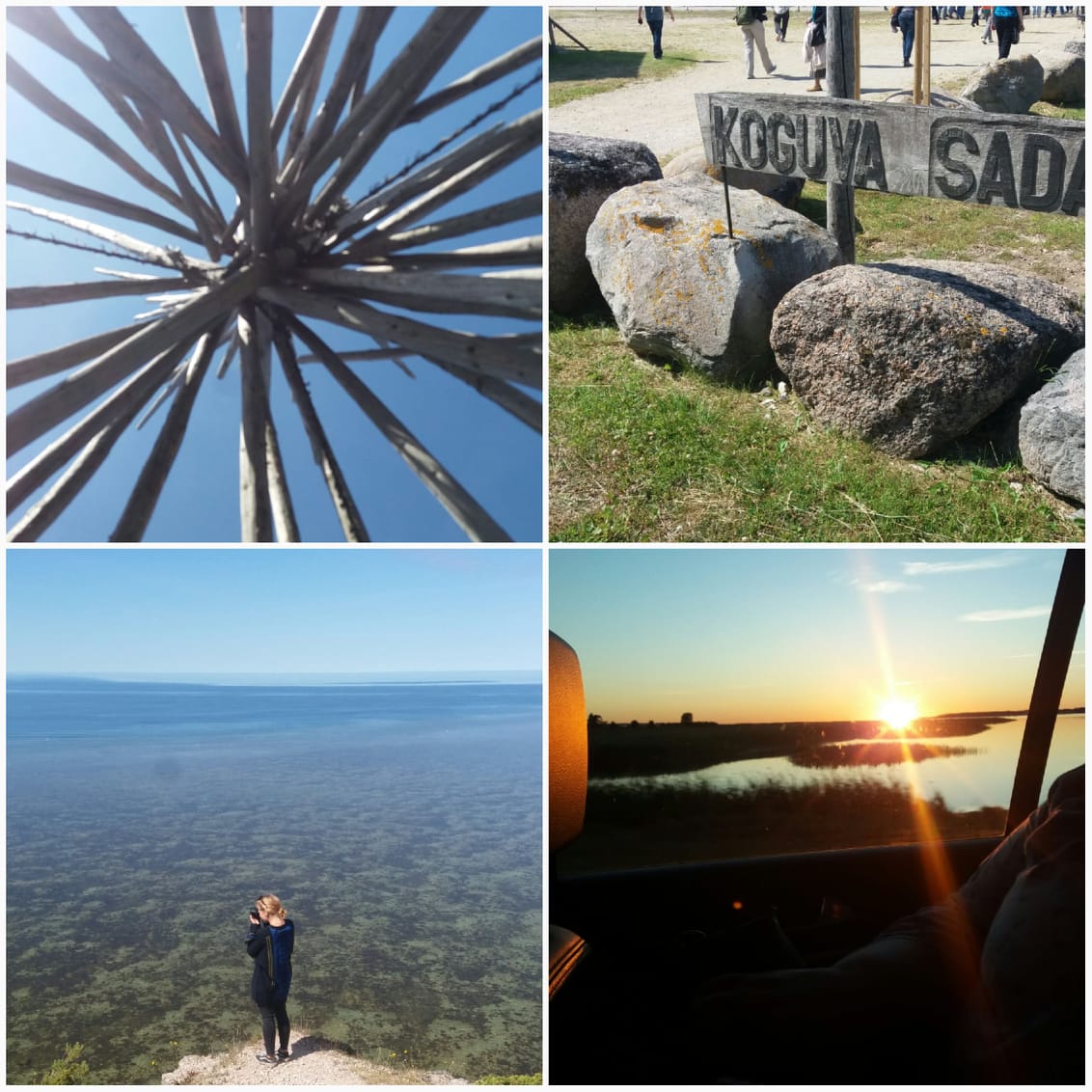 One Island is done. Maila with her amazing car took us (me, Nadja and Regina) safe to Saarema… it was a lovely weekend with Ruudi barking all time enjoying the nifty views there and our little and adorable hut. 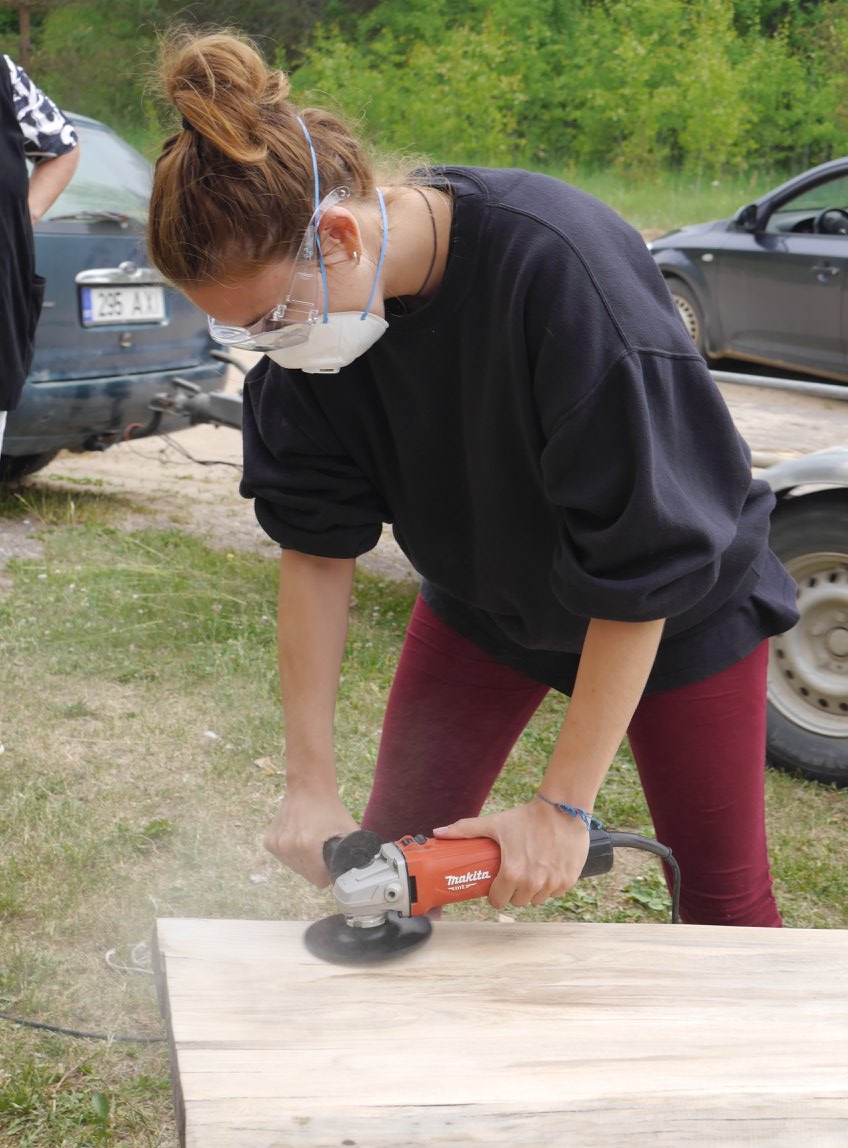 Then I had to help Nina on her Art week in Hargla, which consisted in renovate the two bus stops in Hargla. For that I move in her apartment, she cooked for me and prepared me a room. That week was nuts. Seeing how the bus stop was changing slowly the first day and extra fast from the second. Work was hard, but every evening we had something nice to eat. In order to explore the area, we two went to Taheva observation tower by bike. The views were nice but there I got two stings in my legs. It was not so nice to work with the inflammation. 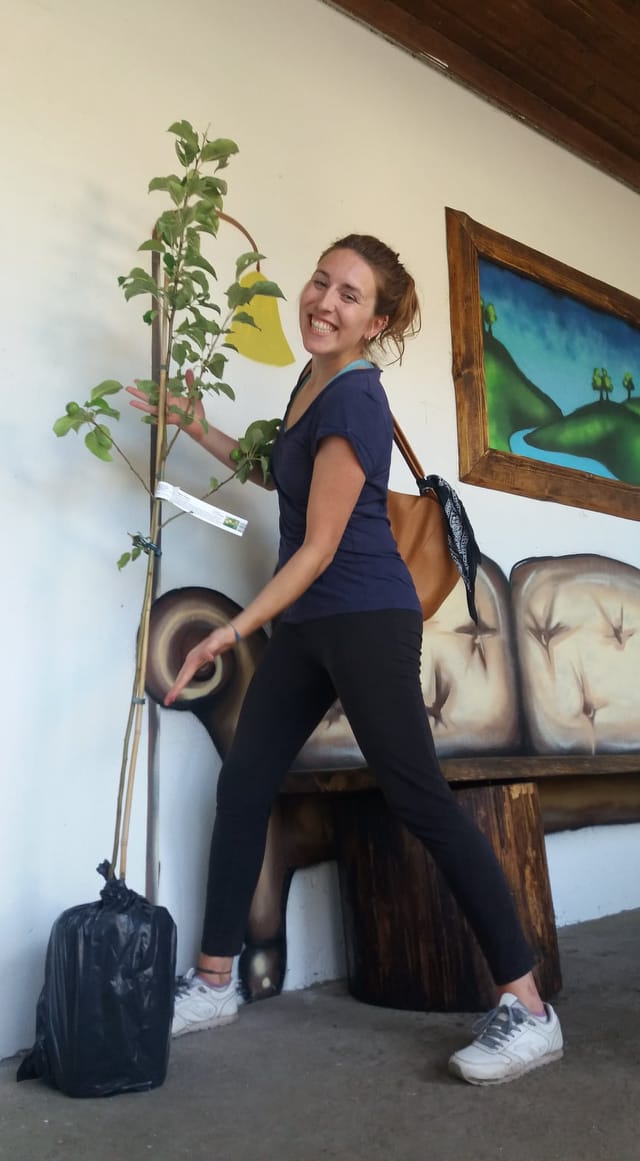 In the middle of that week I got a free day to rest a bit from work, wash some clothes and also to be at home for my birthday. From all the calls and messages received to a little adventure rowing in a lake to make me blow candles in a cake, it was perfect.

Next and last day of the art week, I had to leave earlier and therefore I couldn’t be for the aperture of the bus stops, but Nina Managed to get me a cake and a tree!!! Let me explain that. At the beginning of this project Ülla asked us to make a ‘to do’ list that we was to achieve in Estonia. One of those things for me was to plant a tree, so ‘someone’ will still live here even if I wouldn’t. So now I got a tree. I still need to plant it somewhere, by the way. 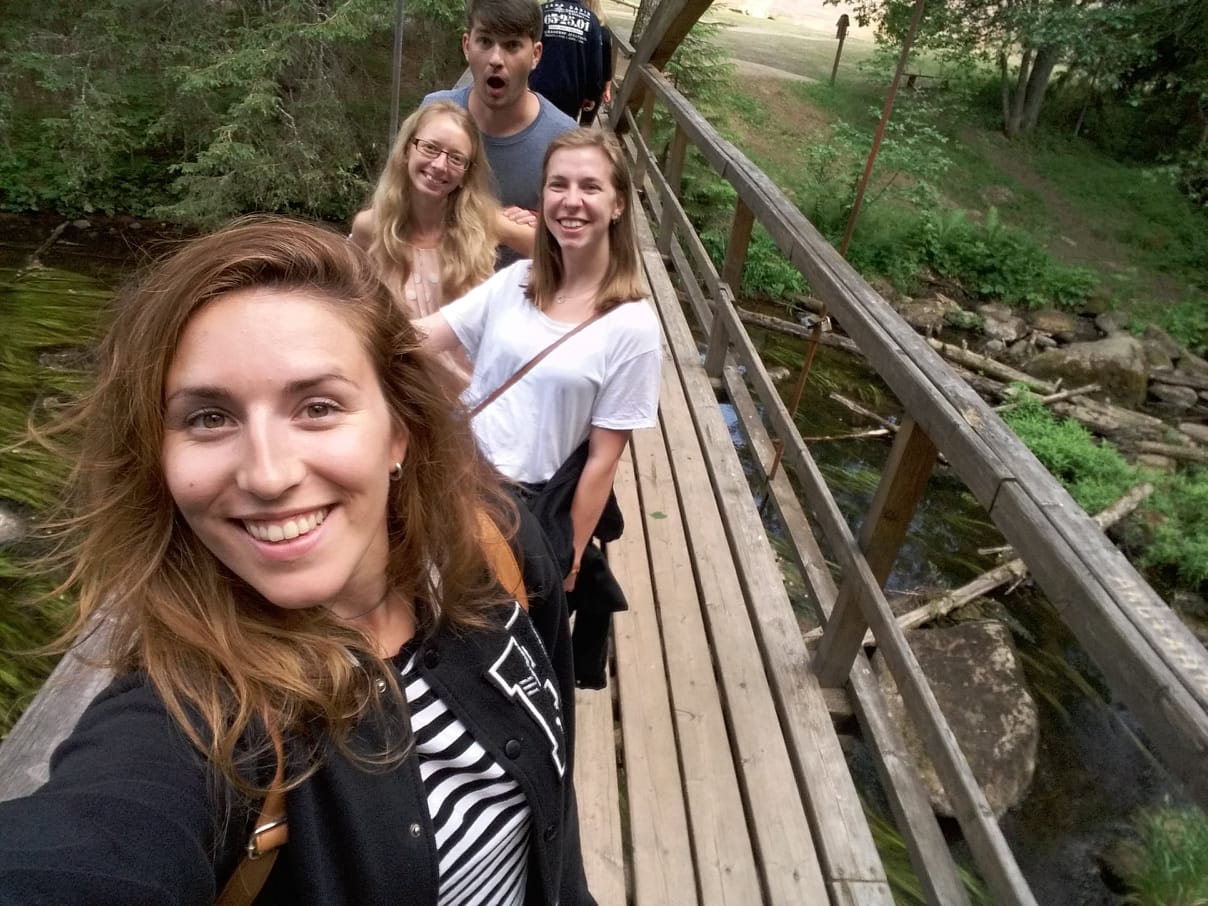 That Saturday I made a small party with other volunteers and some friends from Tõrva. It was also a celebration of Carla –volunteer in Võru-. It was a good party. Sorry for the loud noise, but I am from Spain and it wouldn’t be a Spanish birthday celebration if it wasn’t loud. Please, understand!

The next morning Ülla and Rasmus came to pick Nina and me up, to make me blow candles again and to take us in a motivational trip to a secret place (not so secret…). So we had a tour in the south part of Peipsi lake, a nice meal somewhere in Põrva County and a nice shopping in Tartu. I think is not needed to say that I and Nina were sleeping all time in the car as the night before we were up until late.

And the last weekend of June was all about work. The Tankla Õpilast Malev started and in the first week I was based in Kaagjärve with Dea and Aimar. Basicly I was working in the kitchen peeling potatoes and carrots. Spare time there was nice as the grou

p of youngsters there were amazingly and surprisingly good. I learnt a lot of new Estonian words thanks to them. But honestly I was quite tired of the work and the place. So the universe heard that I was blue and I was sent from the manor there to the castle in Sangaste before the weekend meeting. There, my new position was to be the group leader besides Kertu, a bit more in my line of studies and interests. A new group of youngsters welcomed me nicely and also a Jacuzzi in my room was waiting for me. 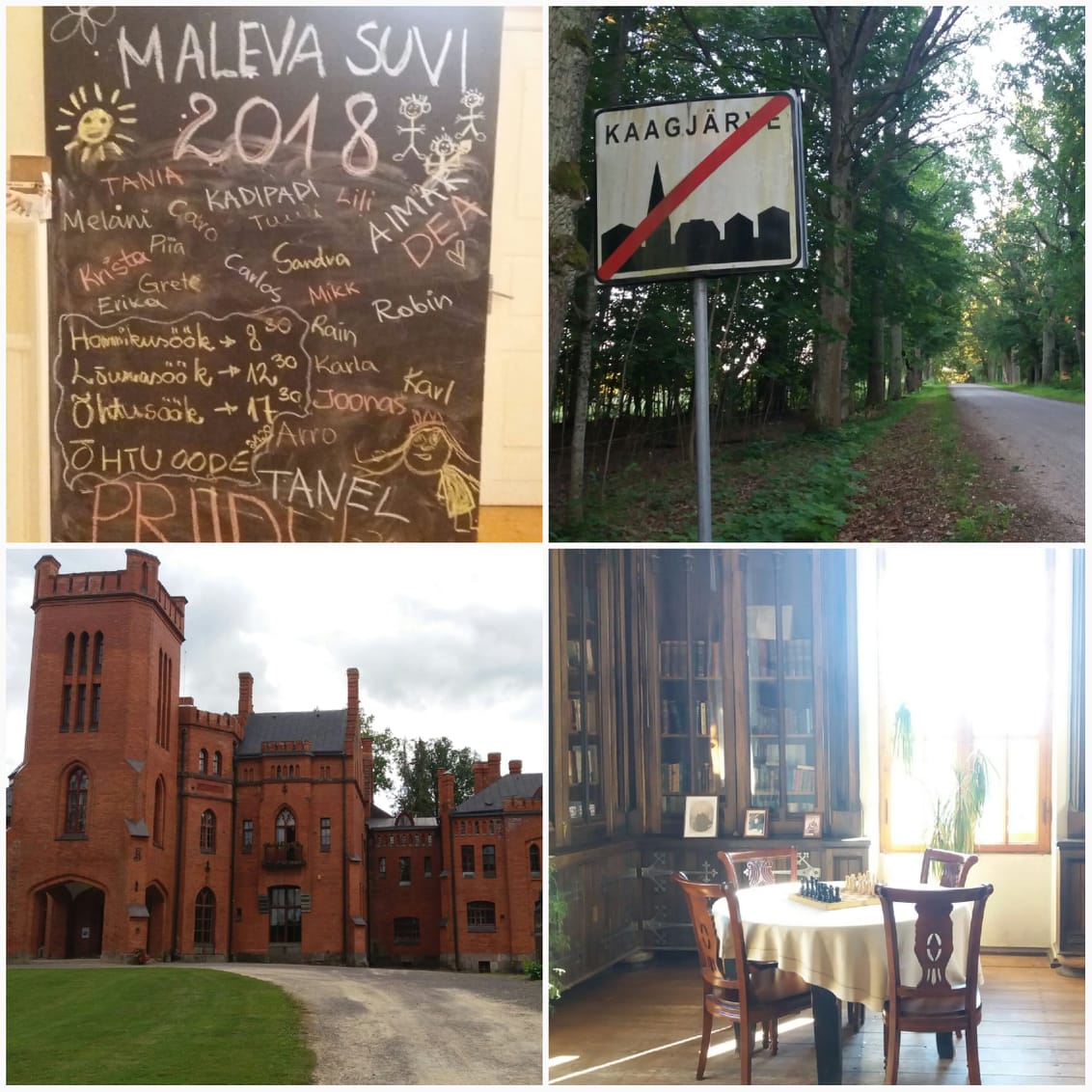 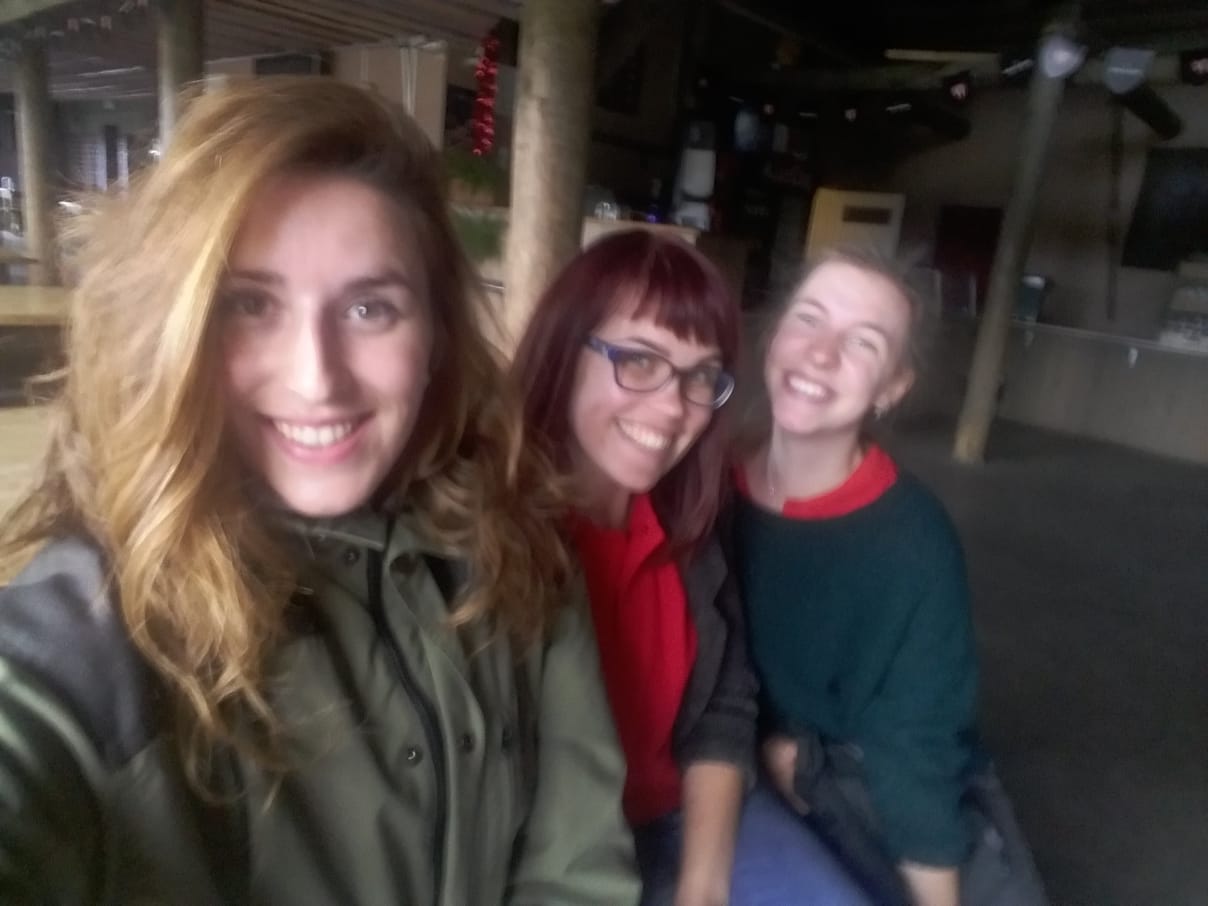 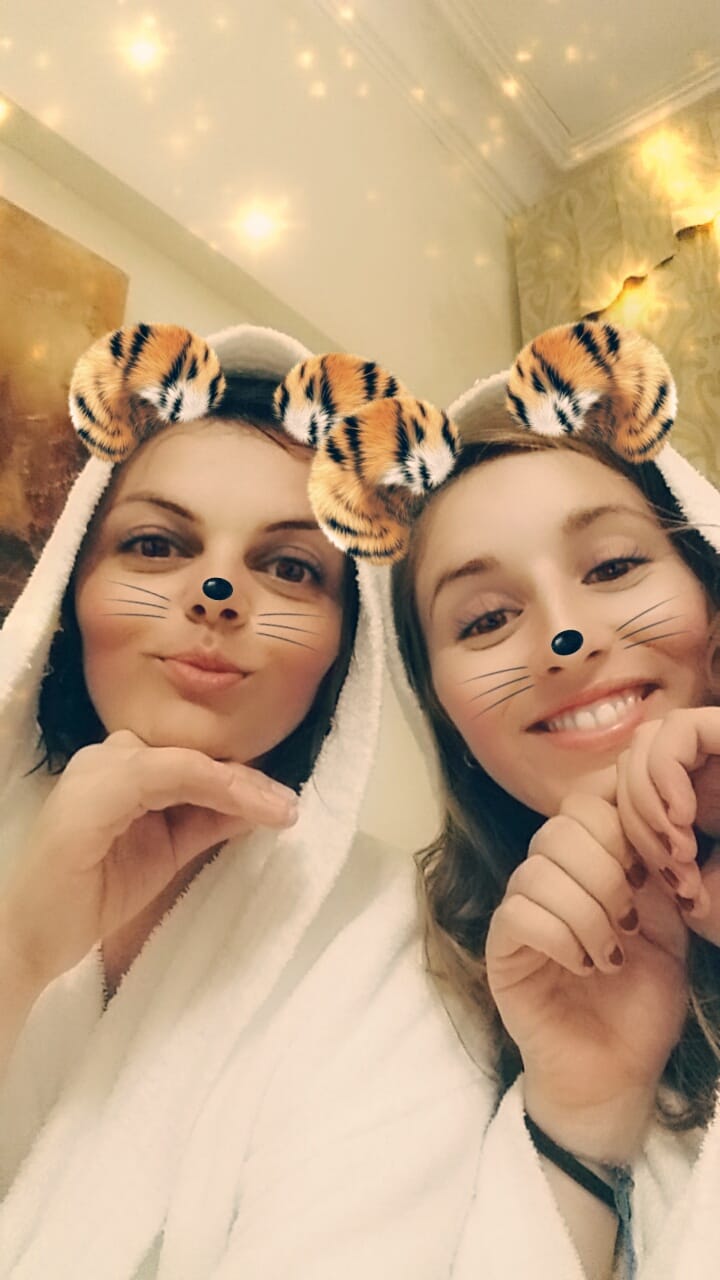 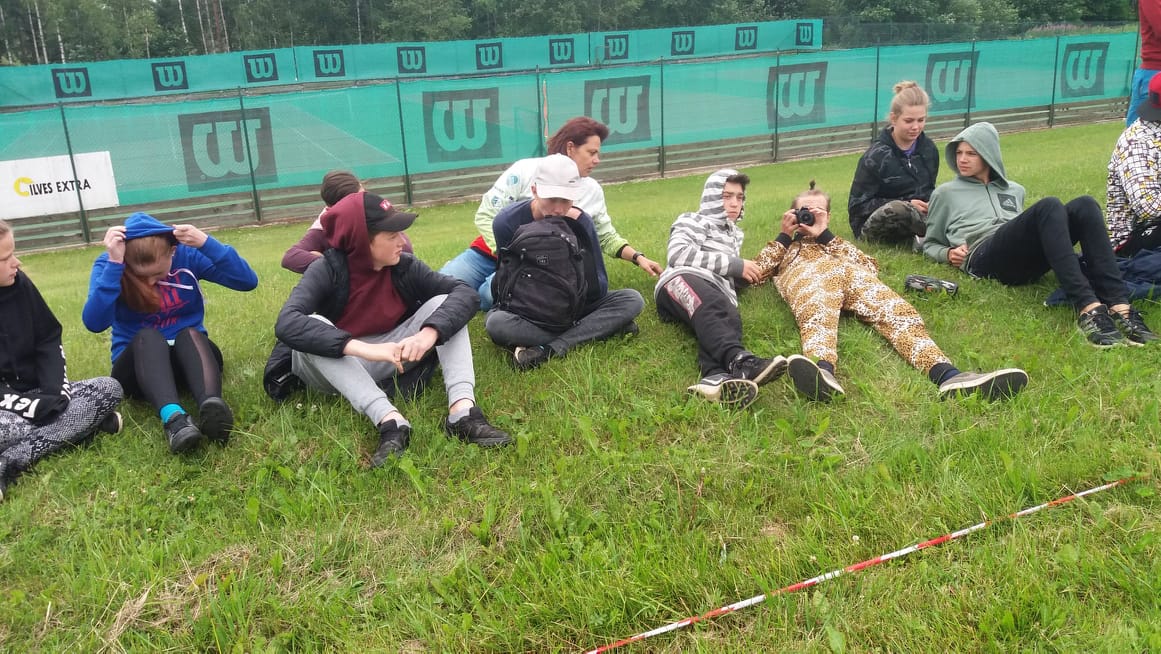 But it had to wait a bit more because on the weekend we went to the ski base in Otepää where we had a competition between the different work camps. It came that Sangaste won, and me and Kertu were more than surprised. We had lots of fun. I was playing volleyball, running away from Angelica and Timo, and dancing with Nina and all the youngsters, even though I am not one anymore L .

Back to Sangaste Loss we had a working week to complete together and in the middle of it July arrived and also a sad sad goodbye. I will miss my sweet flatmate. Nadja is not here anymore but I am still talking with her every day because the flat is so boring without someone to talk to … I will get crazy soon. Hope not.

And that is all about June. I am starting to check for some jobs on the webs as I am planning to stay a bit longer in Estonia, so if you know about something, tell me. 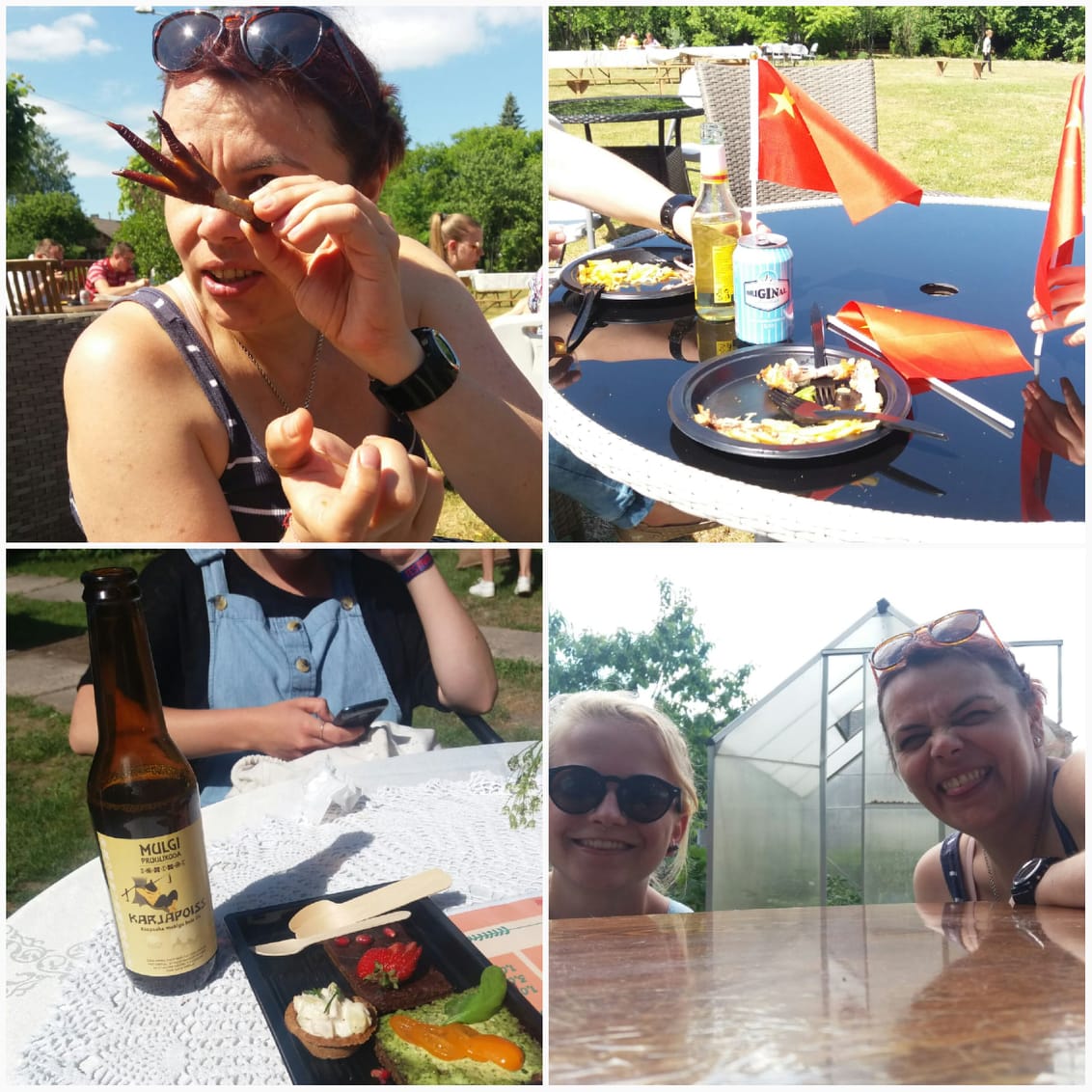 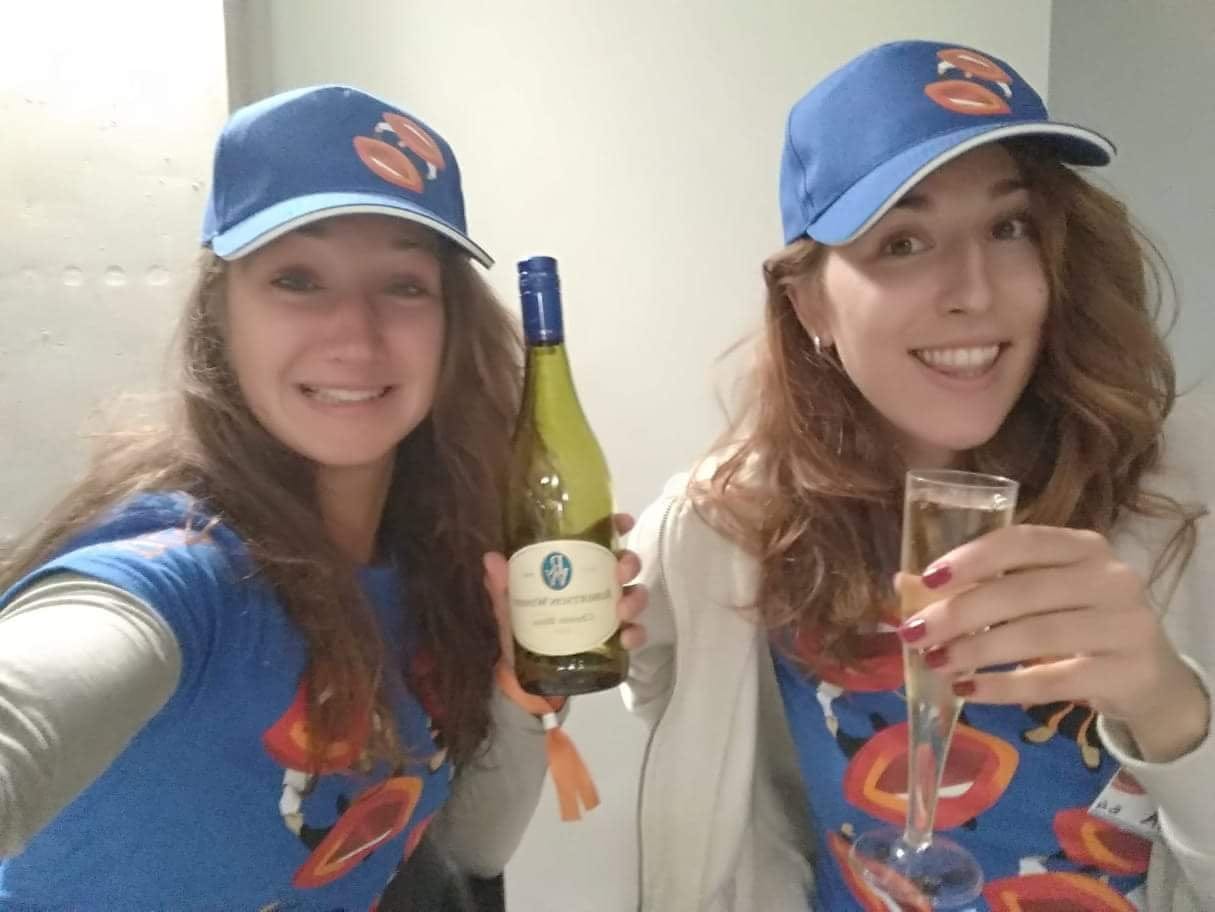