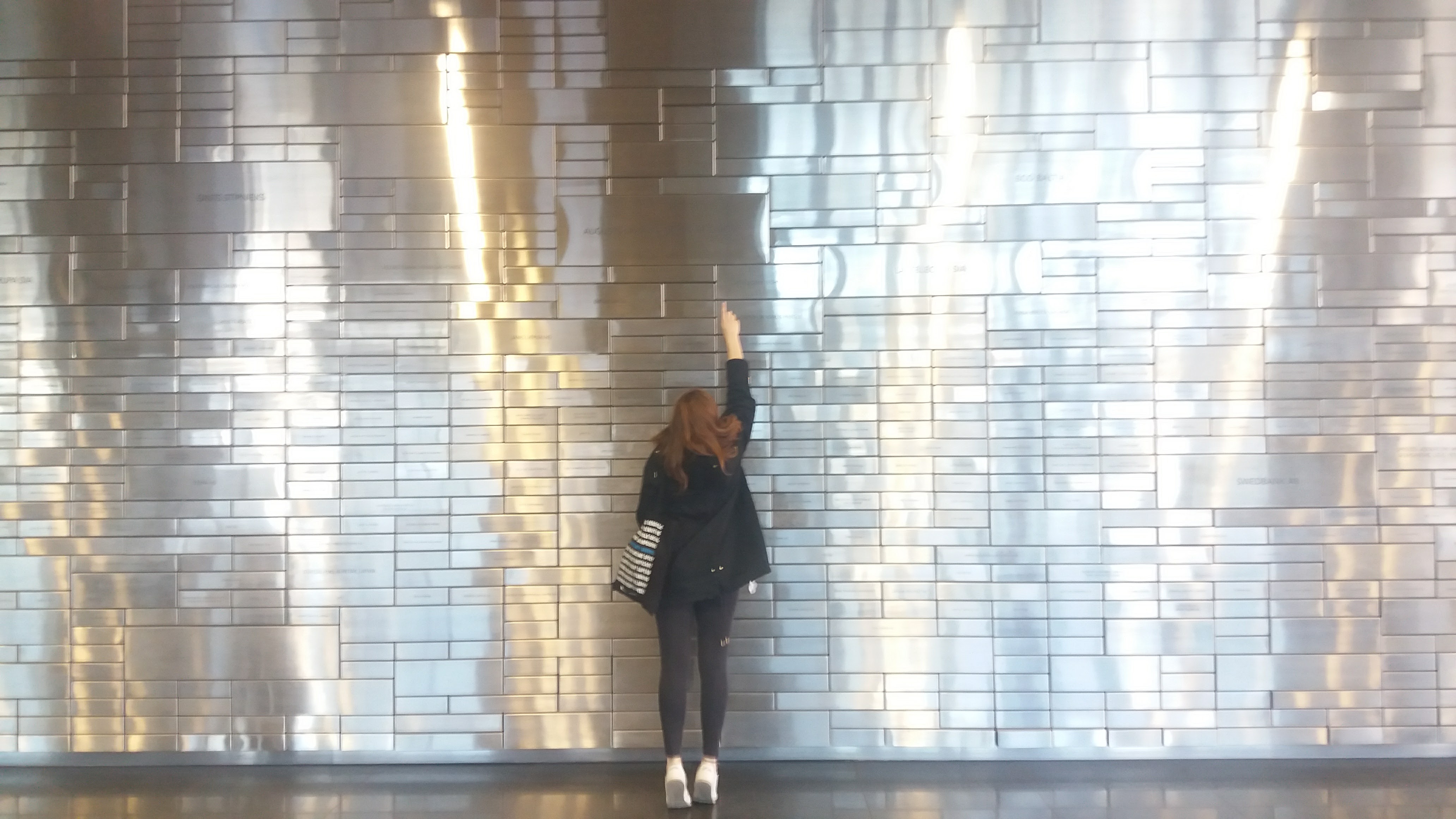 I think the whole month has been a bunch of little adventures. 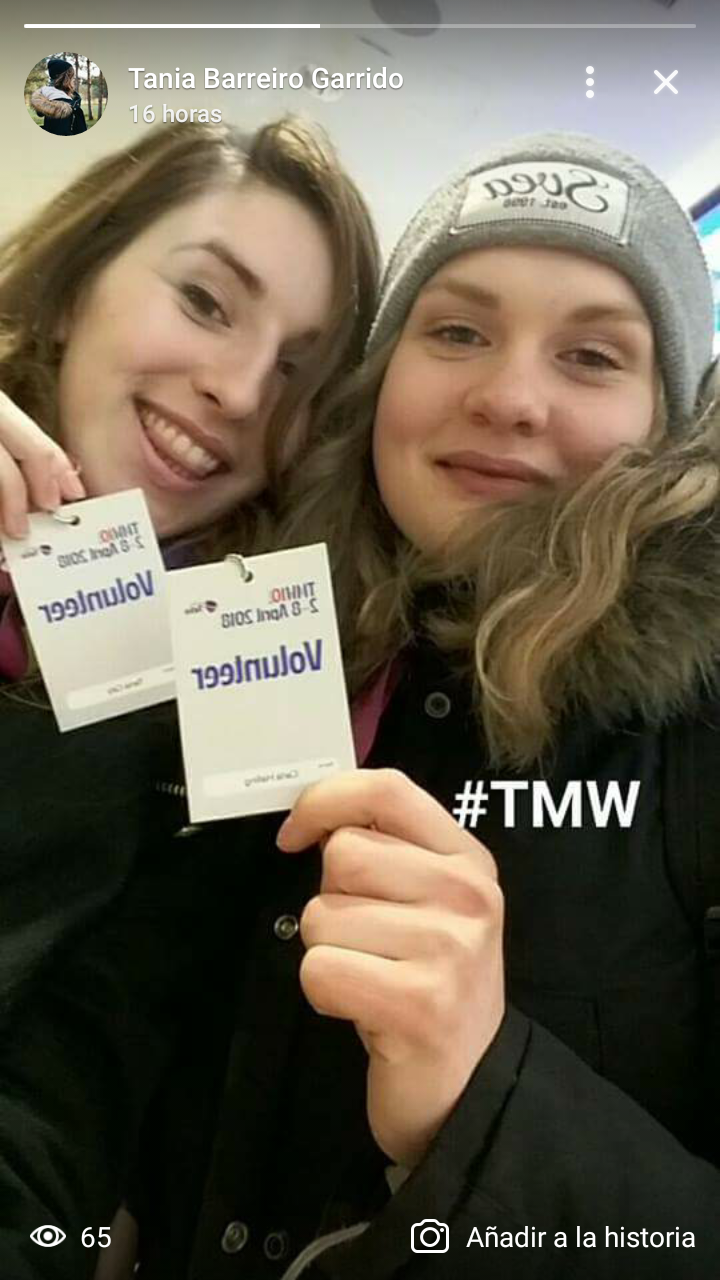 First of all I was in Tallinn because I became a volunteer in the Tallinn Music Week. I was in charge of the merchandising that all the bands brought to me to sell. So I met some musicians and also some managers who were talking to me about the bands and their music. It was pretty cool I must say. We had our accreditation with which we can go for free to the events like films or the big conference. This year the climate change was the main topic. It was funny that a lot of proper EVS volunteers were also TMW volunteers. So I had somebody to go out too. Great nights, believe me. 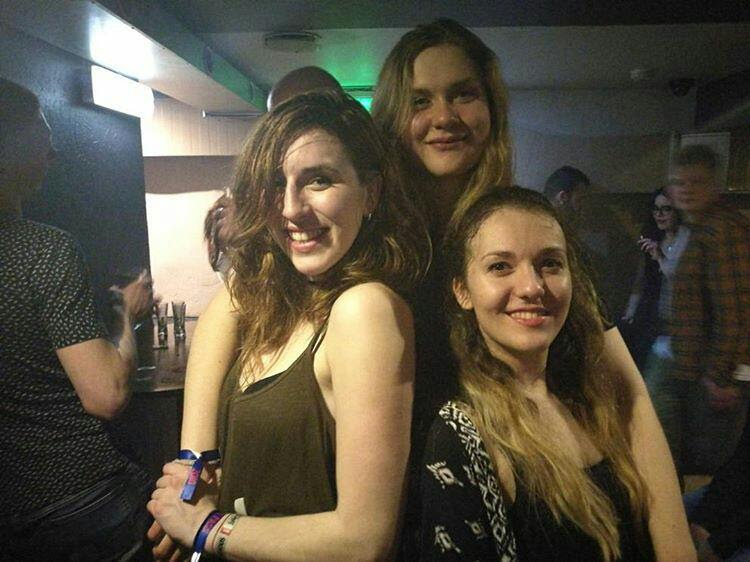 Mid-term training. Sadly I am already over the equator of my voluntary service so for that we have a special training in which we evaluate the progression of it and plan some other things in order to use well the time remaining. The thing is that I spent 4 days in a place near Paide, in a beautiful wooden house with 20 more people talking about our experiences and problems, complaining about how difficult could be to not speak Estonian and that people don’t realise that sometimes their attitude makes you feel bad,… a little bit of therapy, let’s say. We also had some nice hiking under the rain and, thanks to the tour guide, we learnt how to distinguish between female and male moose poo. Useful, isn’t it? 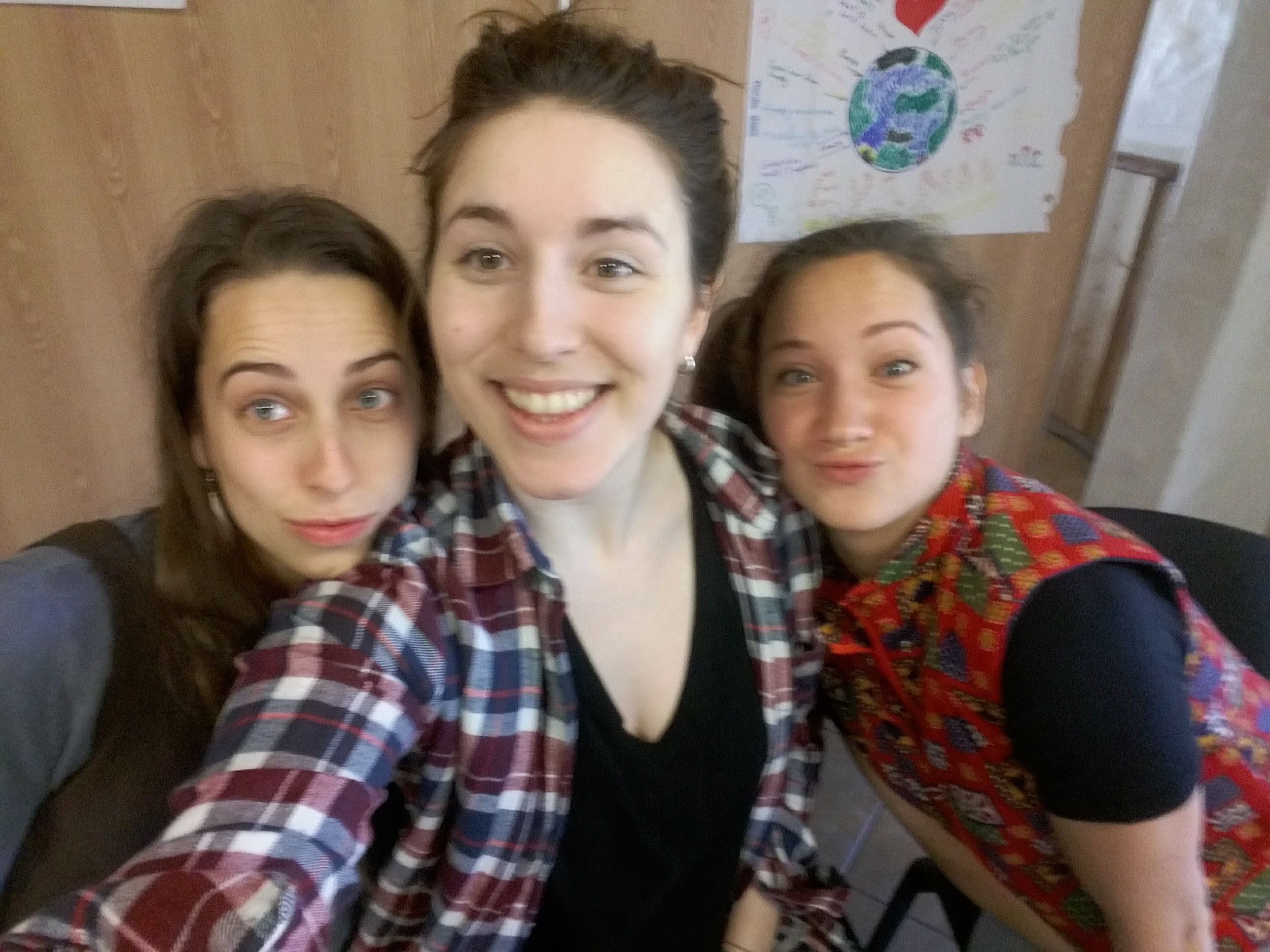 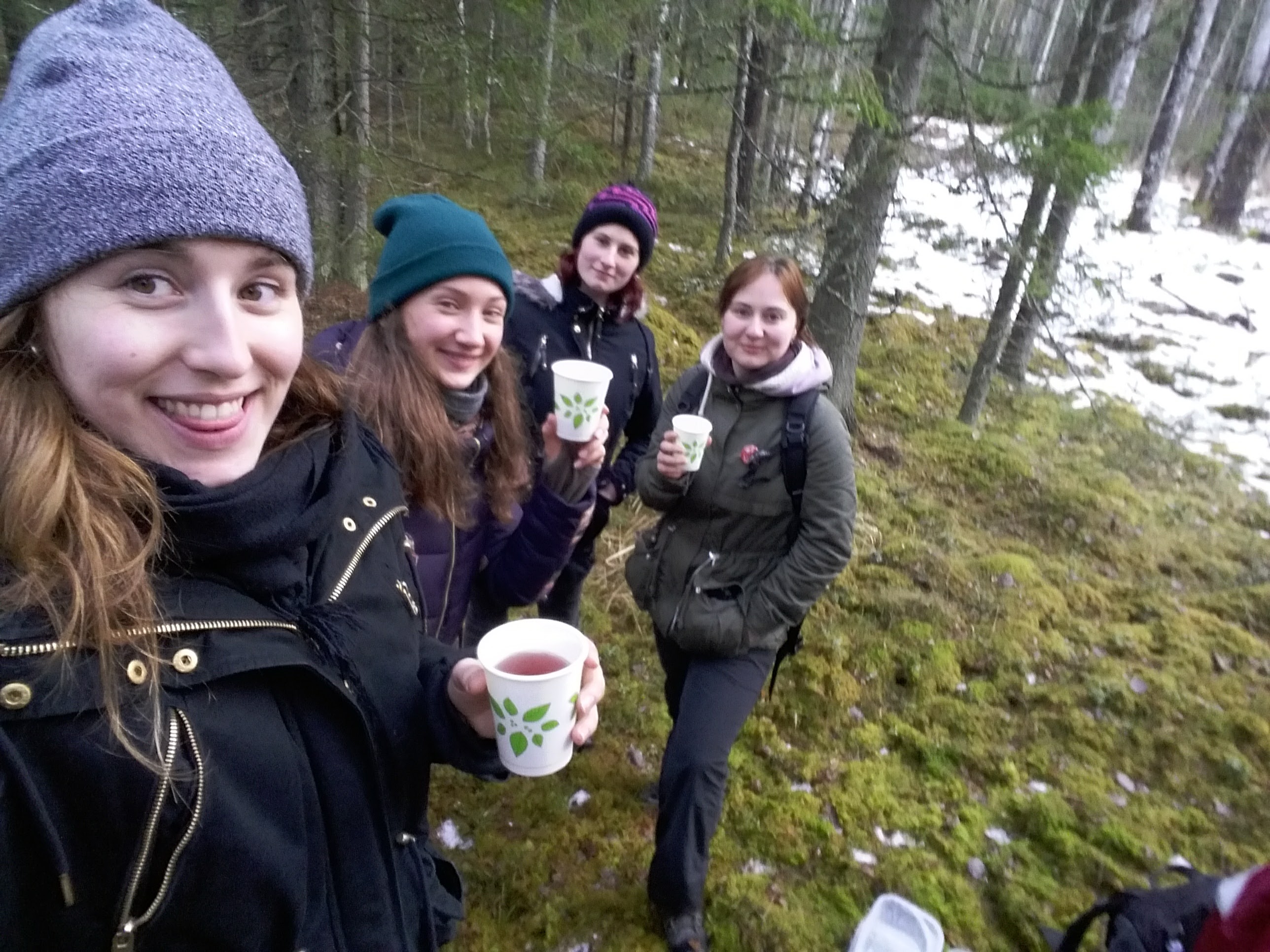 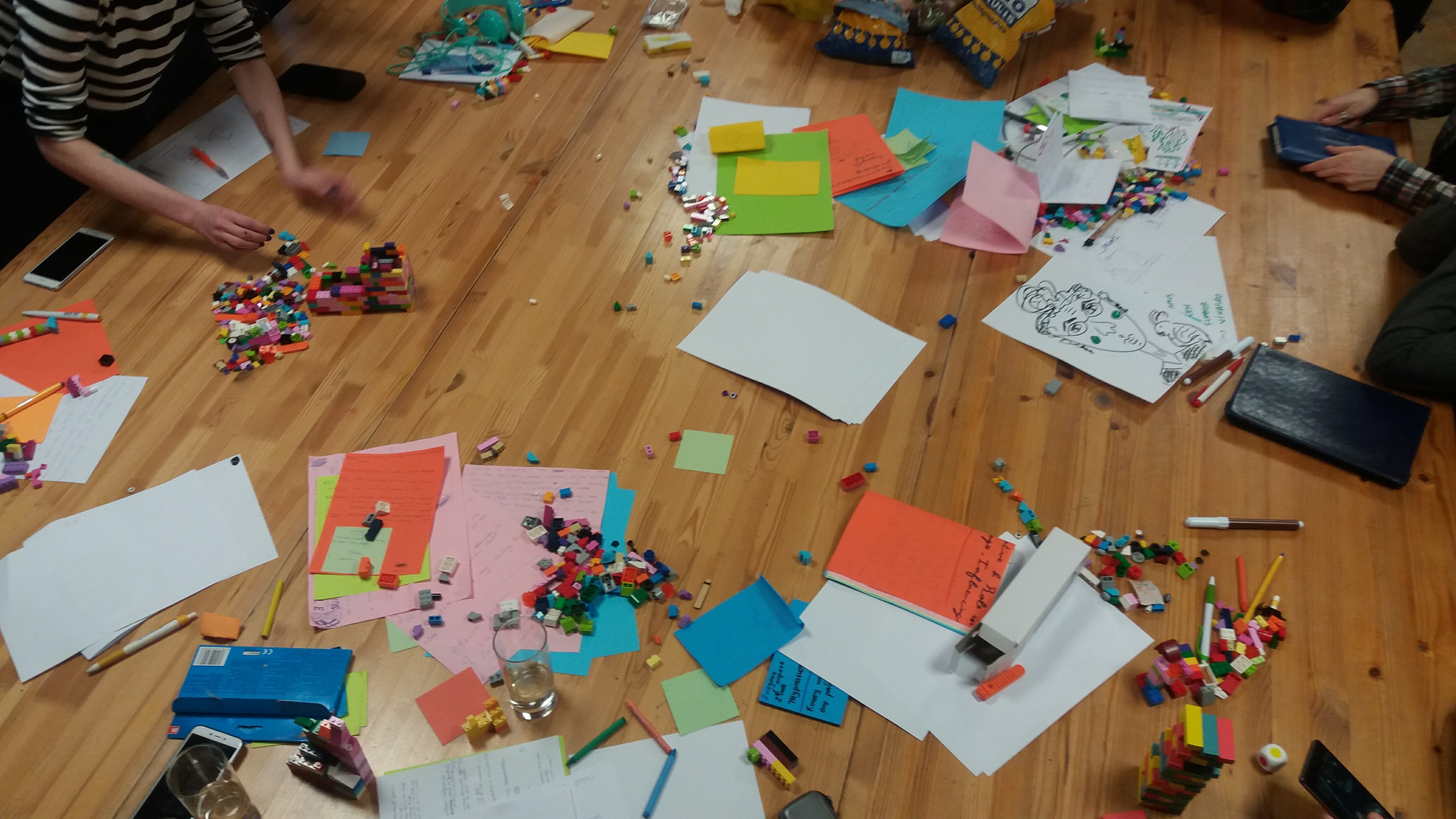 And in the middle of all that experiences and new learning I got a call from Spain. It was my brother who wanted to come and visit me like immediately. And with a lot of stress of me but he came in the middle of the month. I met him in Riga where we spent 3 days (more than enough) visiting the city. We were walking a lot, talking a lot and playing a lot. It was sweet to have him here. He is my personal confessor (with Laura) and I needed a talk, but also because I miss him. 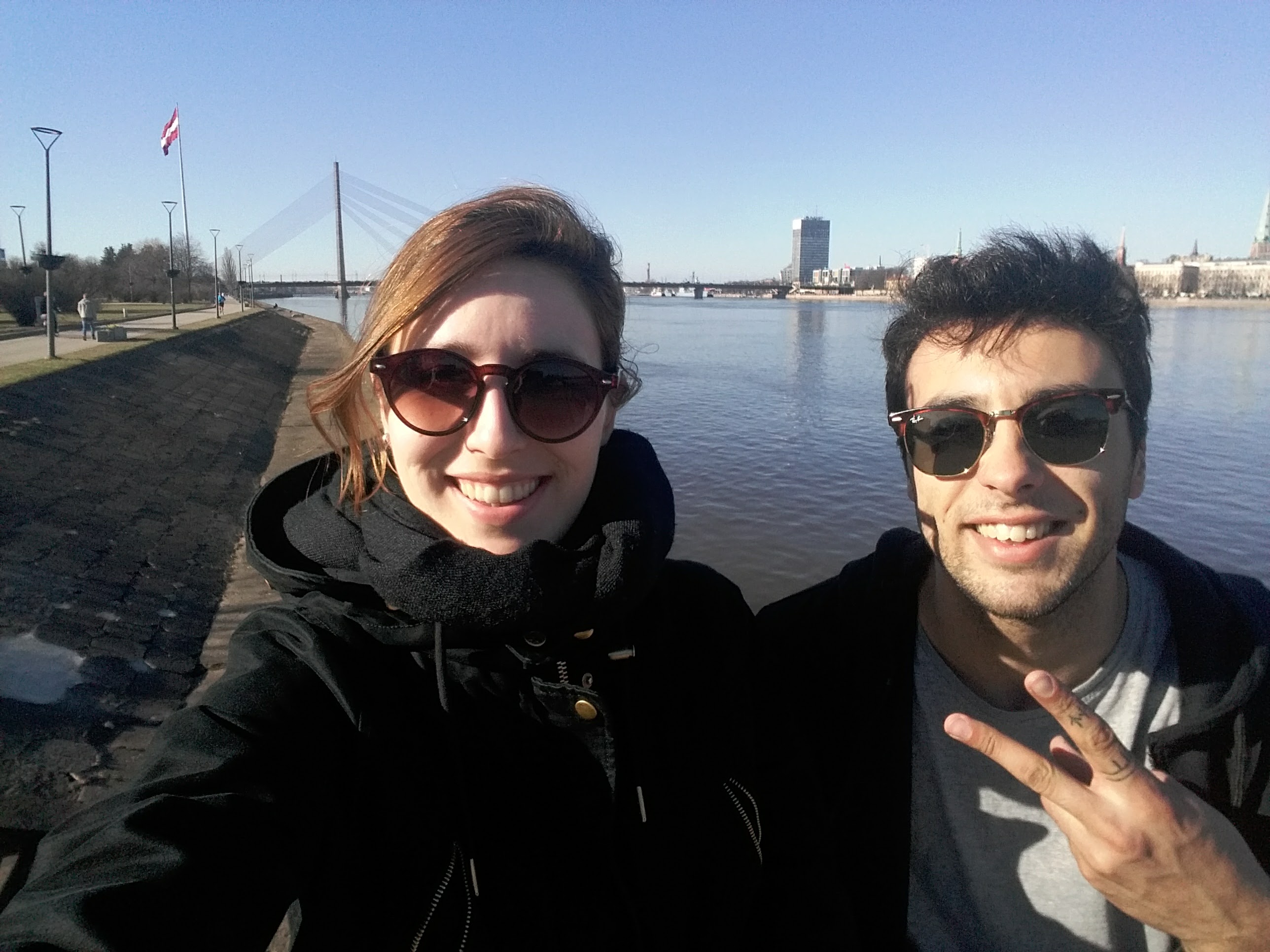 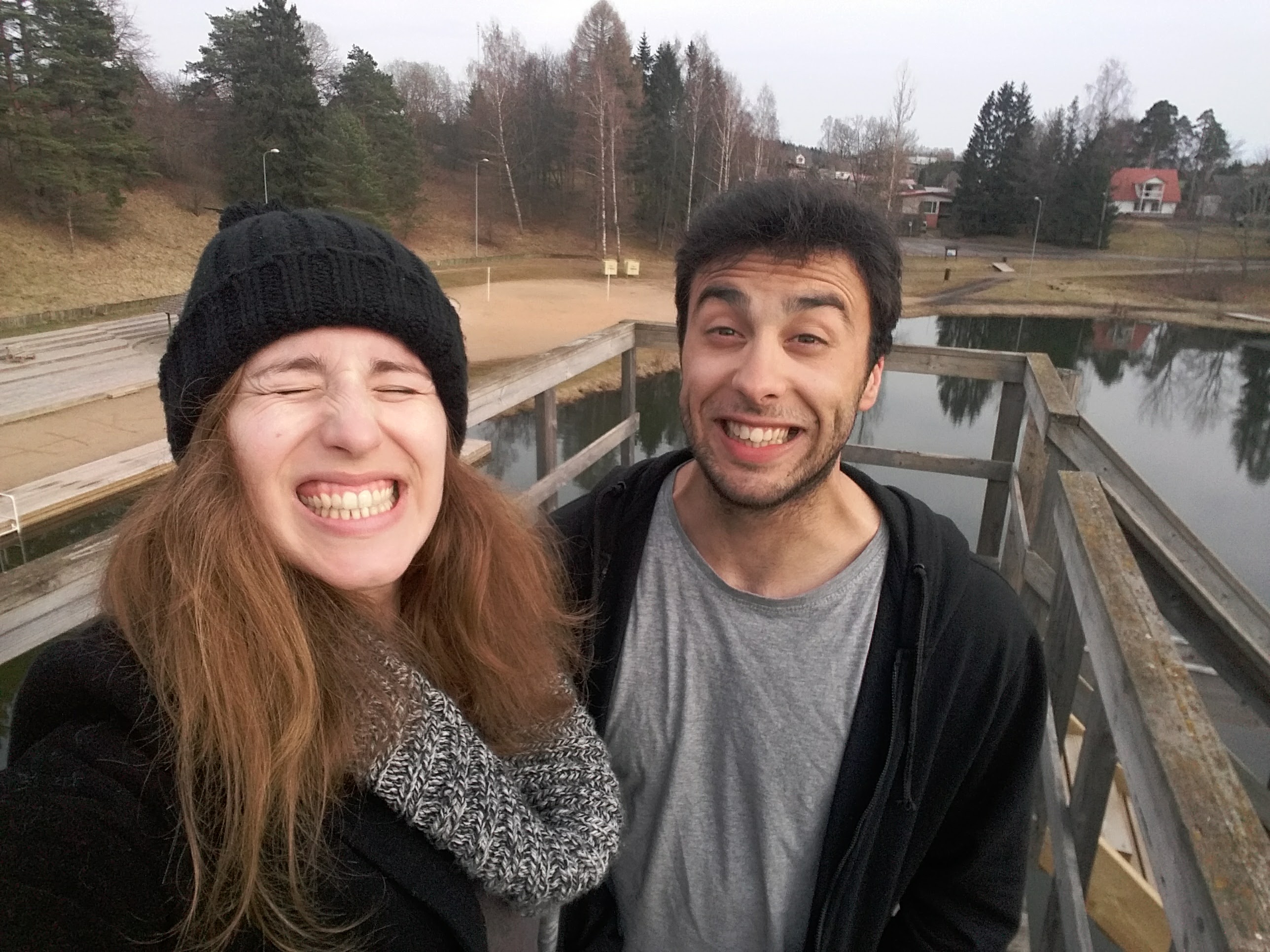 And, even though he has chosen Tõrva as his favourite place in Estonia, he couldn't have not known the capital. So I took him to Tallinn for his last destination. And we were sharing our time with Anastasia who host us during the weekend. And then, he left. (Deeply sad now)Anyway, after Riga, we came to Tõrva. He loved it, of course. He wants me to stay here, forever…

During the school break we had in Ritsu a bunch of activities. I was climbing a tree, I was cooking pizza, doing jumpy frogs, etc. I think, the weirdest part was the Volbri celebration. Is quite similar to Carnaval in Spain (which is in February) and we also eat as typical food pig legs and face (cachucha in Galicia), but usually is not so loved by kids. I made an effort and tried a chicken heart. Big mistake…

In the last weekend of April, I finally went to Võru! With Nina, Antonia and Carla we decided to have a chilling girl’s weekend. We had an evening in Kubija Spa Hotel doing sauna and feeling the bubbles in the pools. A nice place surrounded by nature with a lake and without daily life noise. All that I needed. That night we occupied Antonia’s bed with cheese sandwiches and we watched ‘Mamma mia’. We were singing all the songs in the film (Thanks God we enabled the subtitles because I am not such a fan of ABBA to know all the lyrics). On Sunday we had a surprise, we participated in the folk dance event of the town so now we are in the promotional video. So a perfect weekend with friends. I just regret haven’t visited any second hand shops, thing that is supposed to be typical in Võru. 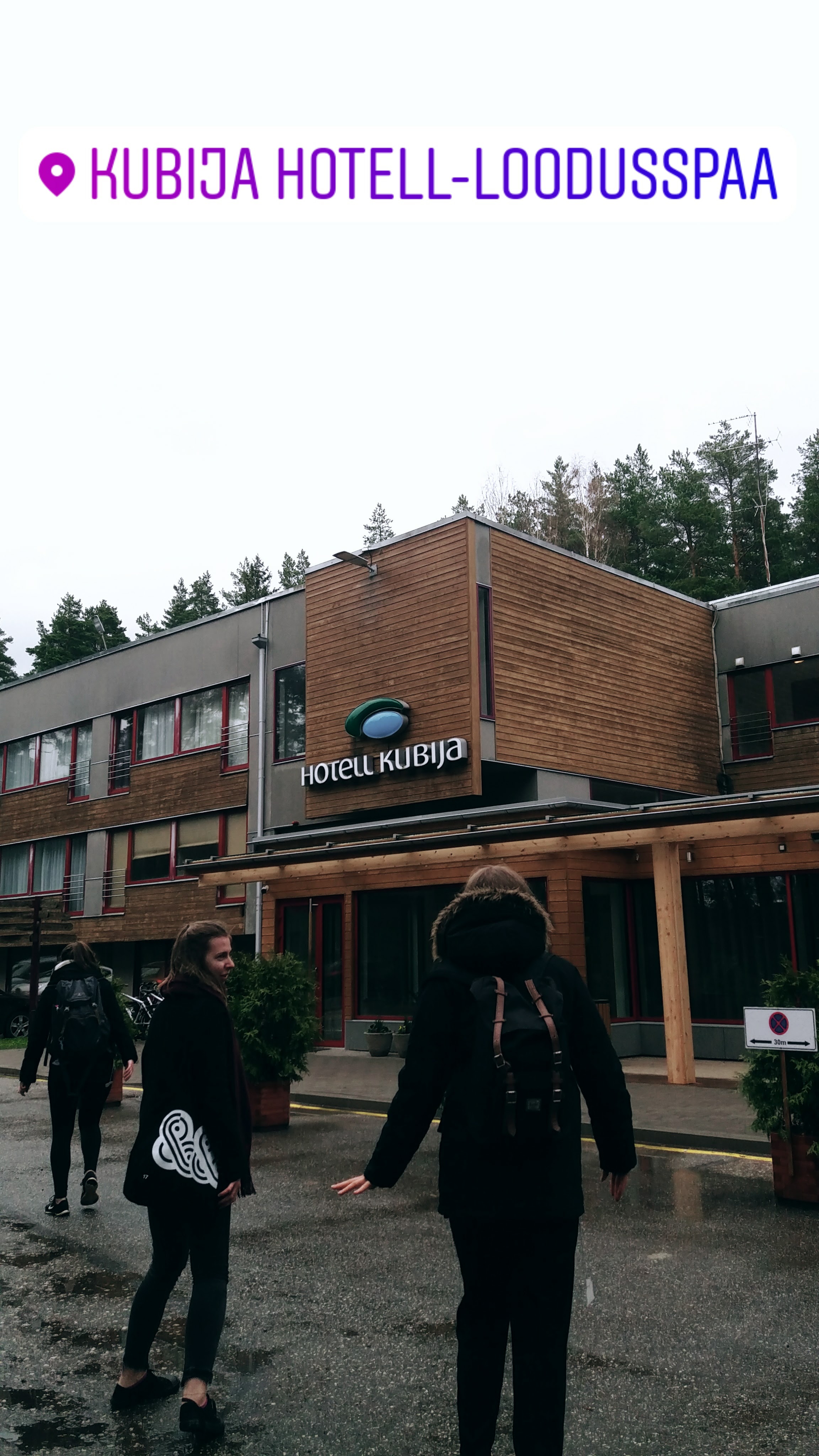 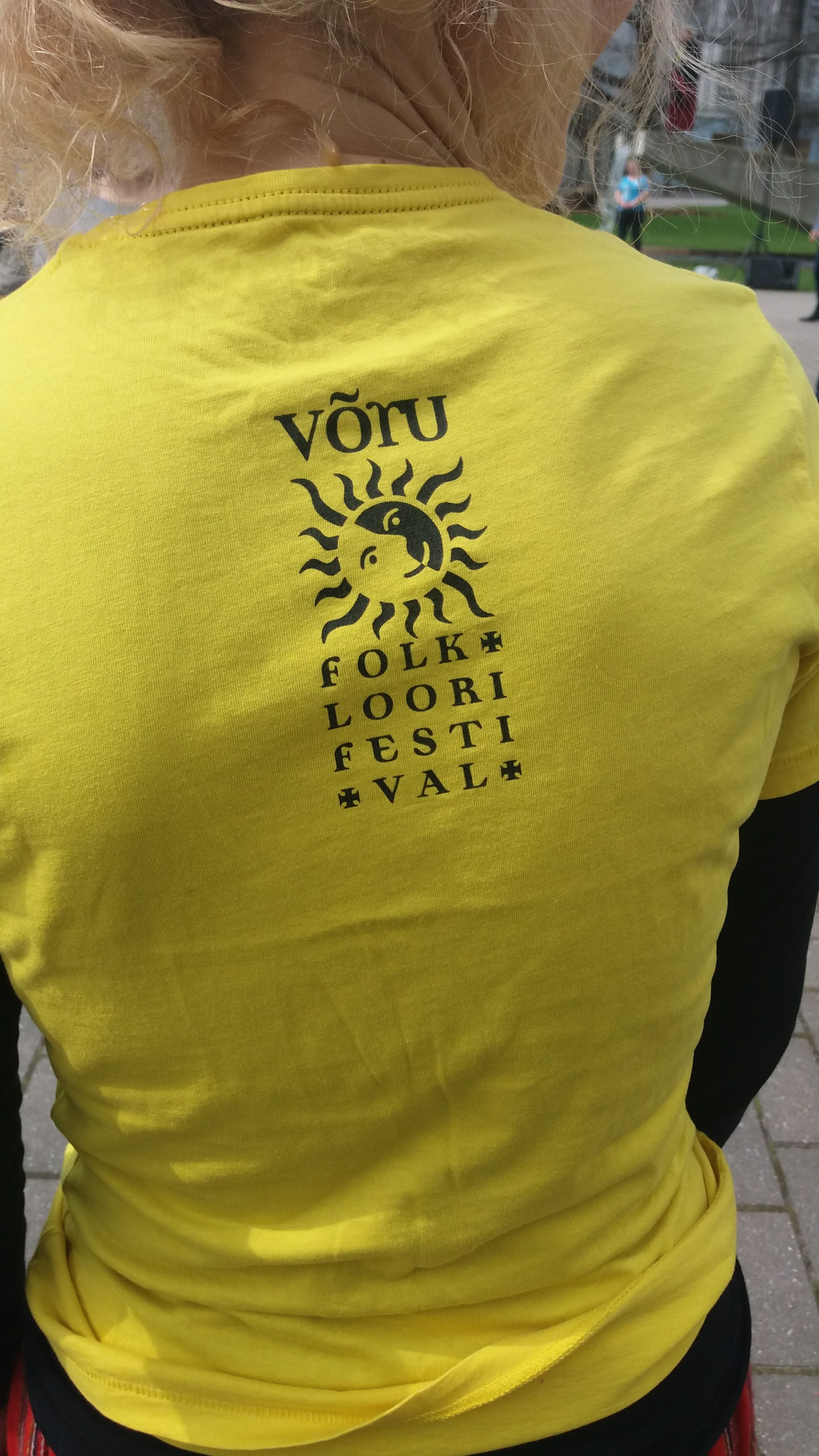 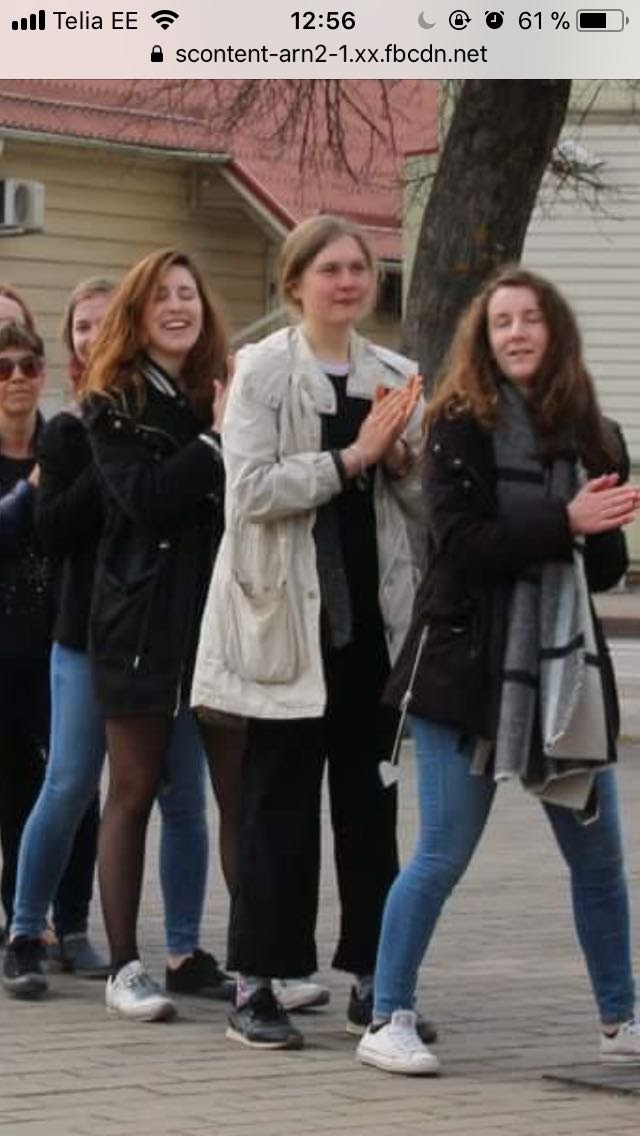 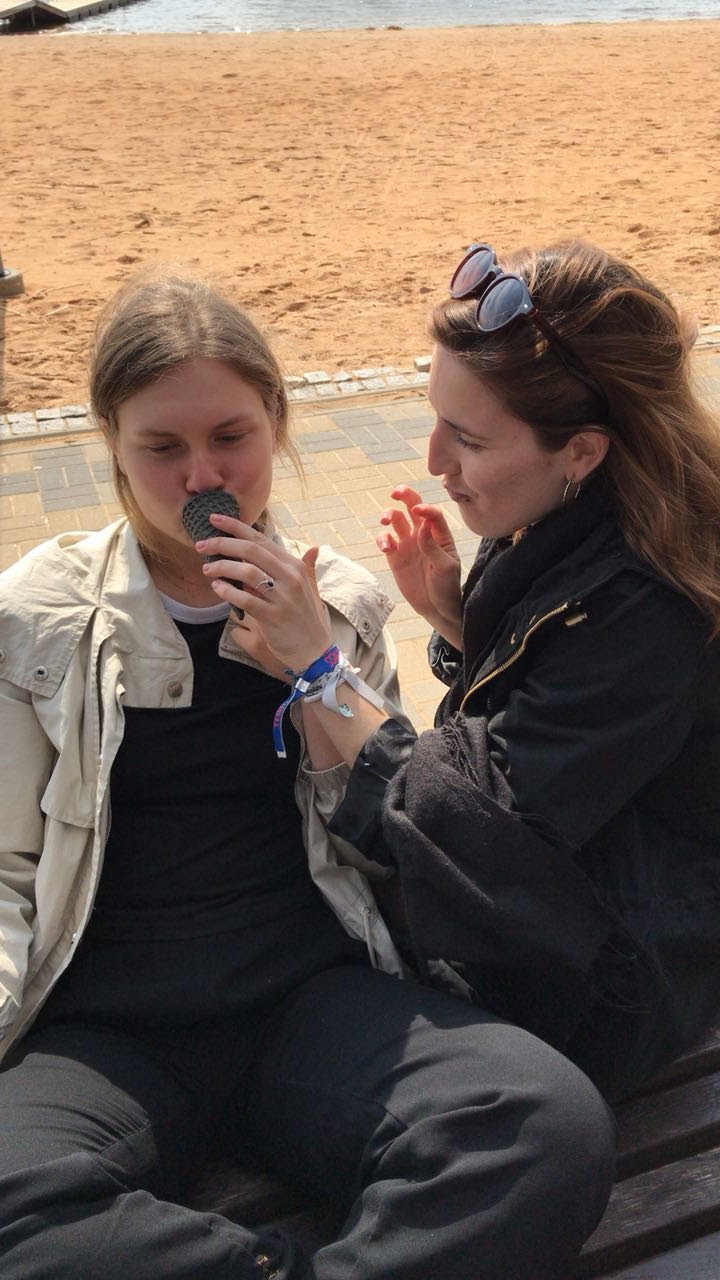 The first week of the next month Ülla is not gonna be at work so I am gonna be jumping from one Youth centre to another and also I have planned a trip to Russia!