ESC blog: A lot to do, not only in Hargla
Prindi 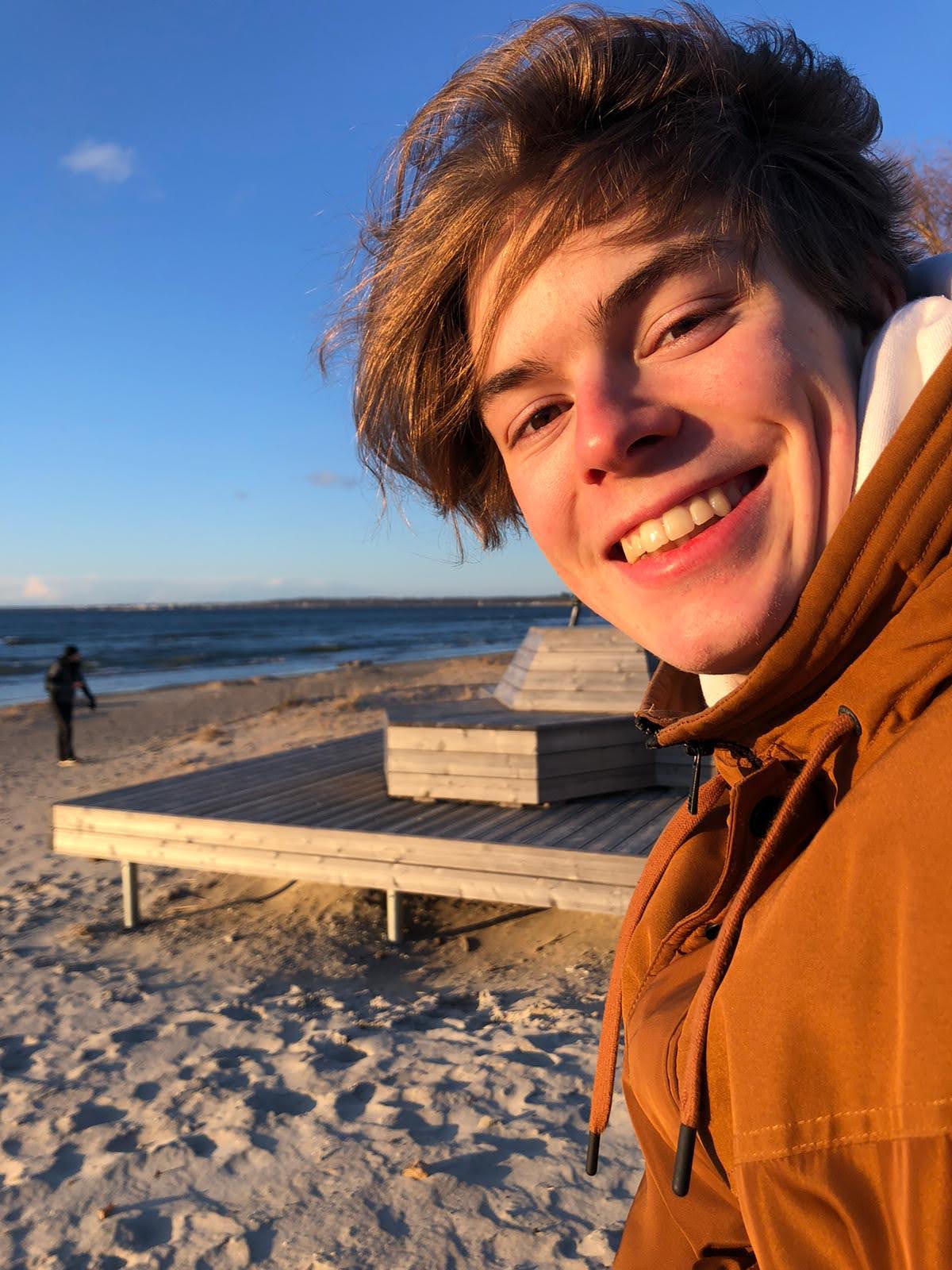 The first half of April was a blast for not only me, but also for my girlfriend who was able to visit me. After long and painful nights of planning and organizing her safe trip to Estonia in times of a pandemic nothing could stop us from having ten short but sweet days spend together after being separated for months. Not even new rules regarding the transit in Latvia that were established just a few hours before her flight departed.

So I again borrowed Madlis car, drove to our booked apartment in Tallinn and picked her up at 1 am in the night. And even though the following days formed themselves into important and treasurable memories in my head I will tell you a lot about this trip.

After a short night, thanks to workers above our flat, we used this sunny day to look shortly around the capital of Estonia. While looking for the entrance of the Alexander-Newski-Cathedral, an astonishing russian-orthodox church, we witnessed what turned out to be one of the biggest demonstrations in recent Estonian times right in front of the parliament next to the church. Obviously the people weren’t happy with the current Corona situation. Even though the people didn’t look like they would acknowledge scientist, this whole situation still put a smile on my face. In Germany those protests are nearly daily fare, but in contrast to thousands of citizens marching through Berlin, those 70 people in total were quite adorable to watch. 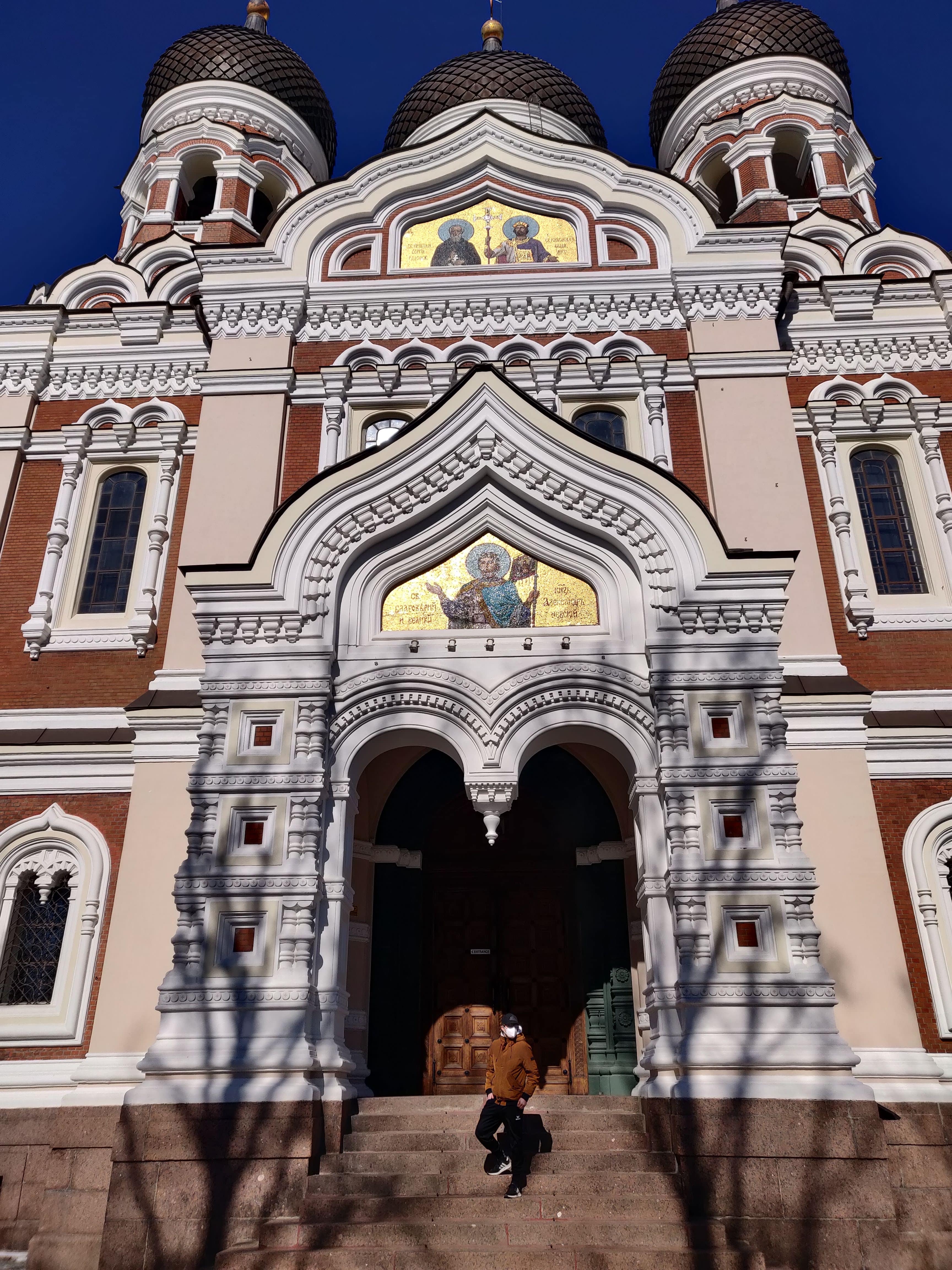 The next whole week we spend in Pärnu. This is for Estonian standards quite a big city on the shores of the Baltic sea. There we rented a nice apartment in the center of the city. For these seven days the weather played along quite well. So after the first day of discovering everything in this city, I used this opportunity to check something from my bucket list. “Walking over the frozen baltic sea”!
It wasn’t nearly as awesome as it sounds. There where some small, washed up floes on the beach left…

The following days my girlfriend and I spend by going for smaller or longer hikes around Pärnu or in the close bye Soomaa national park. The biggest one in Estonia. Normally the park is famous in the spring for going canoeing in the “fifth season”, but unfortunately this was already over. Still I can just encourage everyone to visit the raw nature of Estonia in Soomaa. 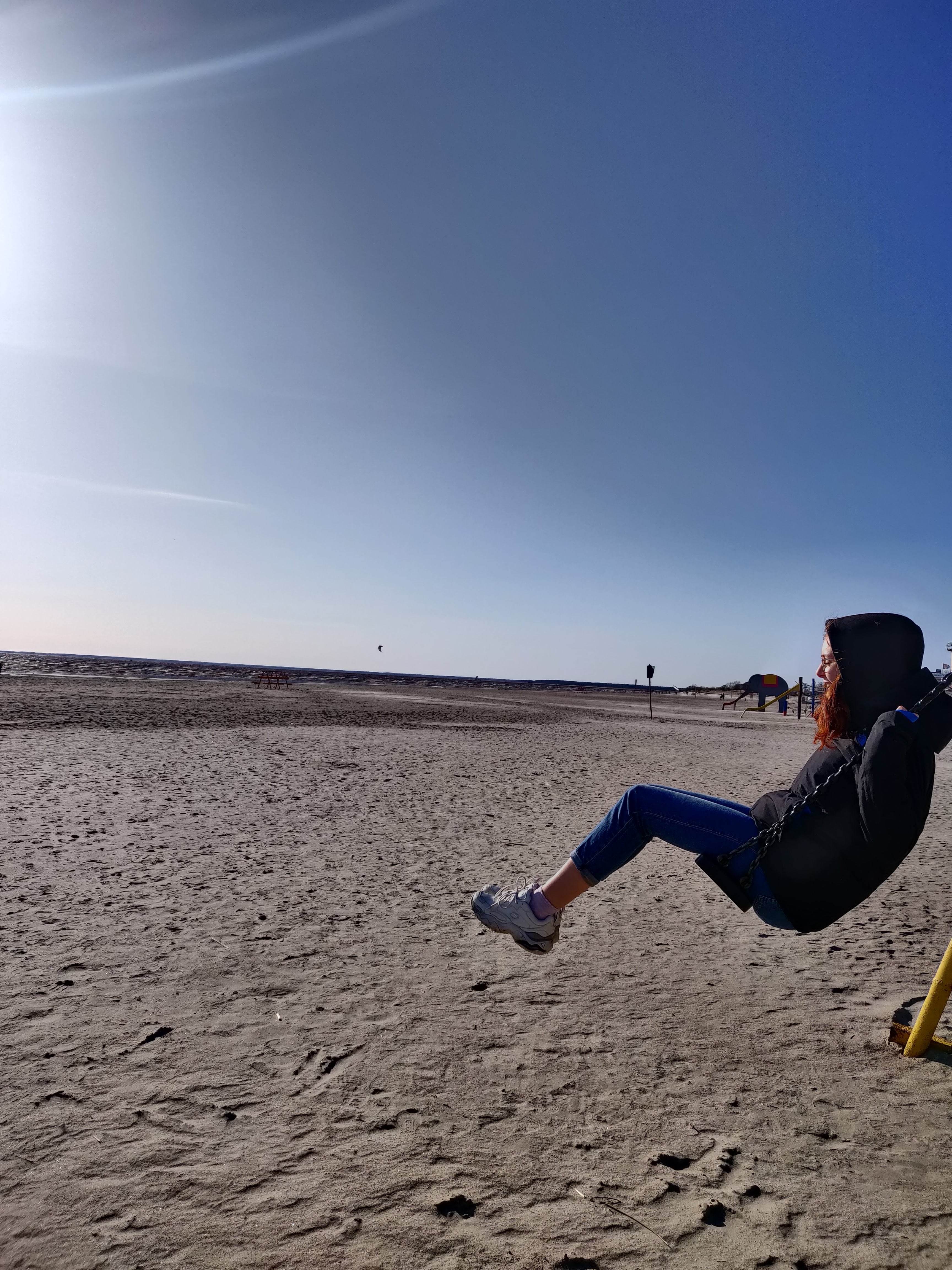 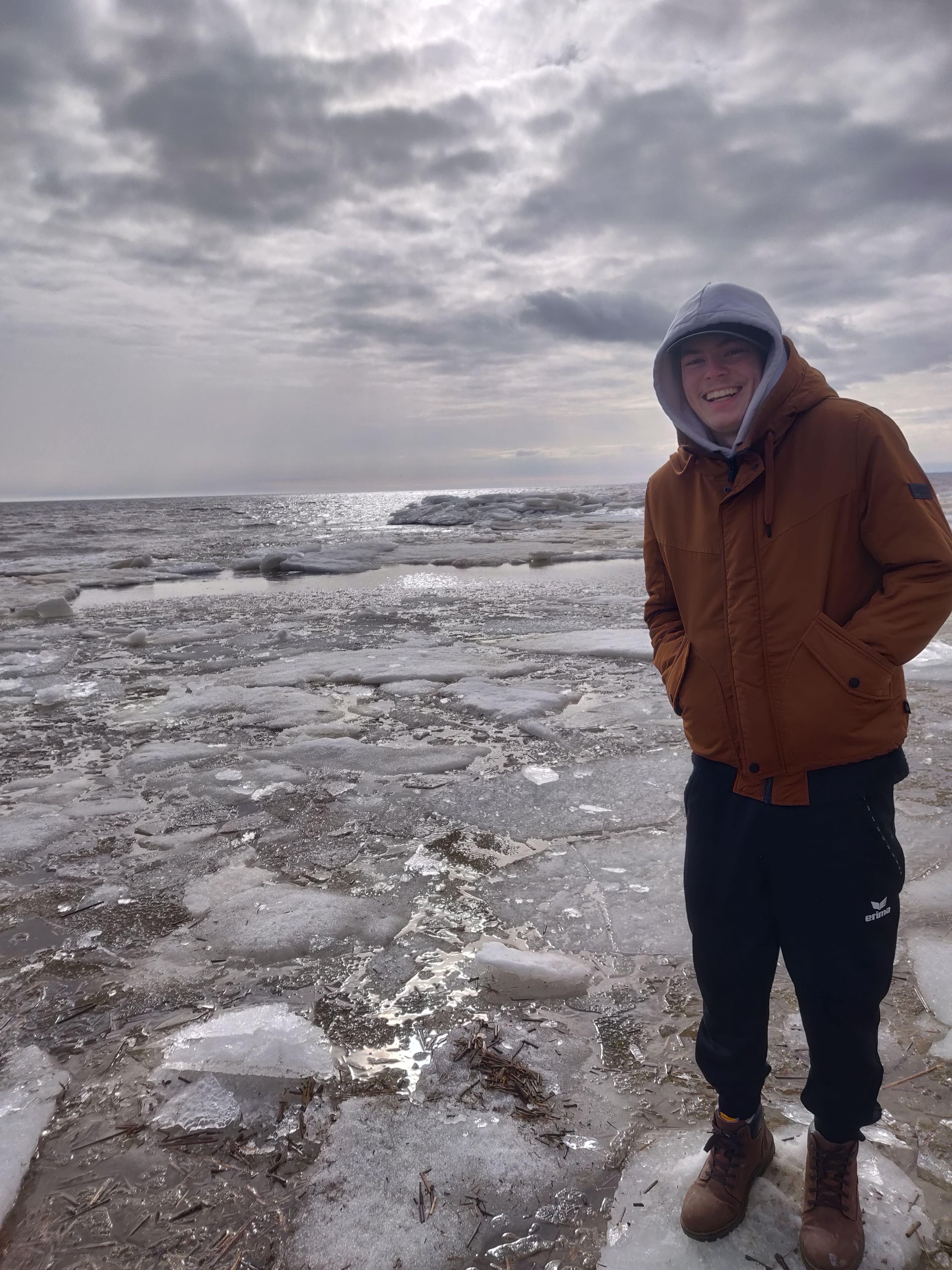 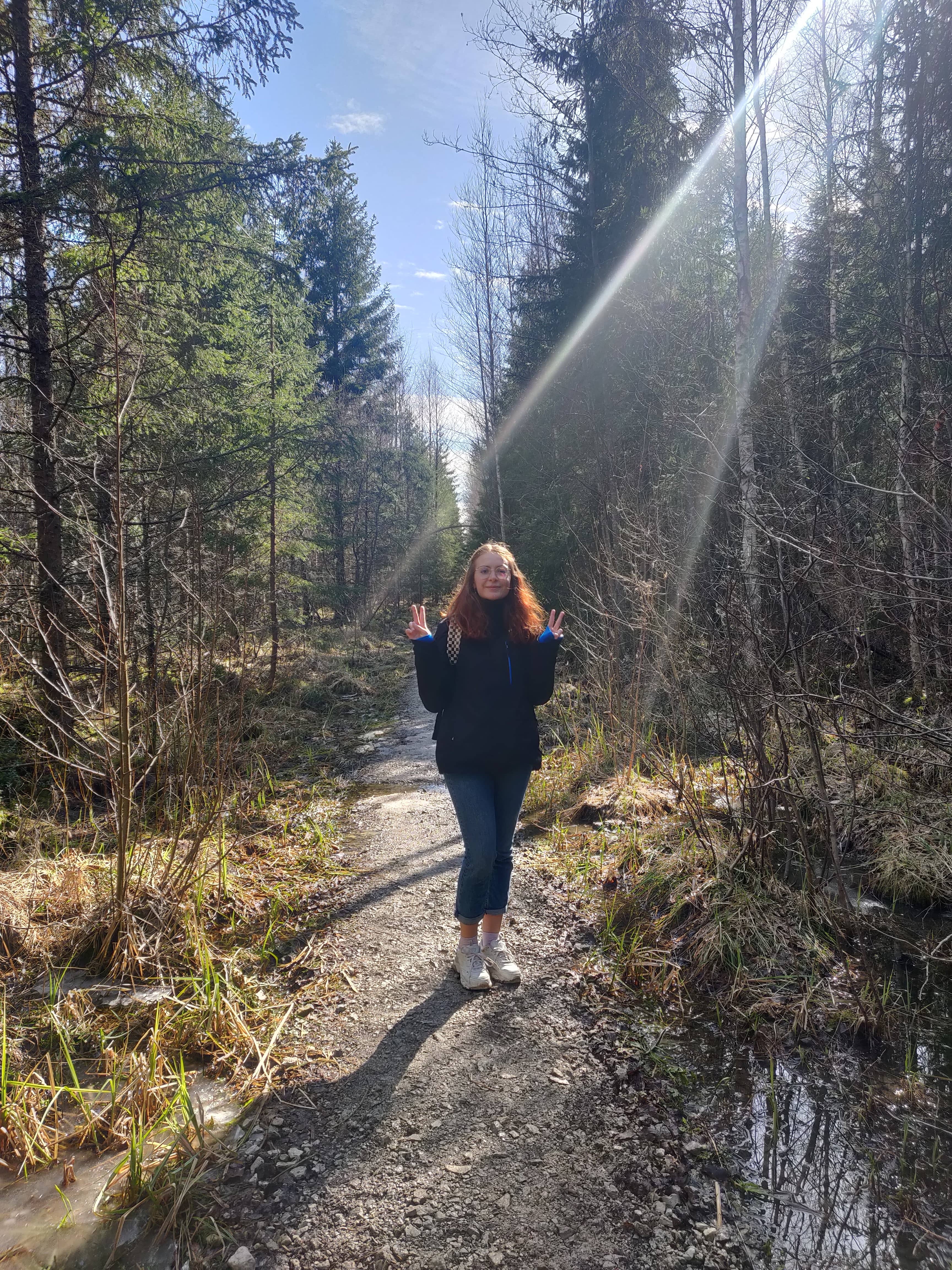 After these relaxing eastern days in eastern Estonia we drove back to Tallinn to spend the last two nights there in order to be near the airport and get the needed Corona tests. There we had the chance to visit the city again. Unfortunately the weather didn’t play along like the days in Pärnu. Nevertheless we discovered a new area of Tallinn we haven't been before. The best thing about these two days were the apartment we stayed in. For just five euros we could use the build in sauna. And even though my girlfriend didn’t like the idea before, I believe she kinda enjoyed the heat in there.
Sadly those happy days needed to come to an end. So after just a couple hours of sleep I brought her in the middle of the night back to the airport and waved at her while watching her wander off.

For me it was time to continue my adventure abroad solely. So on the next day I drove back to Hargla after spending the first half of the day at the flat of Tallinn volunteers. While driving home I noticed a red warning light that showed up in the car. After checking what the meaning of it is, I decided to still try to drive the whole distance home. I mean, which different option had I left?
After a few hundreds kilometre every warning light possible flashed. Luckily this happened in a small town named Tõrva, just one and a half hour away from Hargla.

Due to this I had to stop the car and was kinda stranded in the late evening in Estonia. But my guardian angel Madli saved me from this misery (but first she had to go to the sauna). She picked me up and waited with me until the car mechanic showed up.

In the following week something happened in Estonia I didn’t though was possible. The Sun was shining and it was possible to go out without putting on three layers of clothes and a jacket. I used those days quite well; stood up every day at a time what a consider early (10 am) and went for a walk to finally discover everything in and around Hargla. While going for a walk through the forest I eventually met a cute and small dog. He followed me until back home and made me really concerned that he will find home again. So I called Rasmus who ensured me that this is his normal behaviour and I should just leave him alone. Something that just can happen in a small village like Hargla. 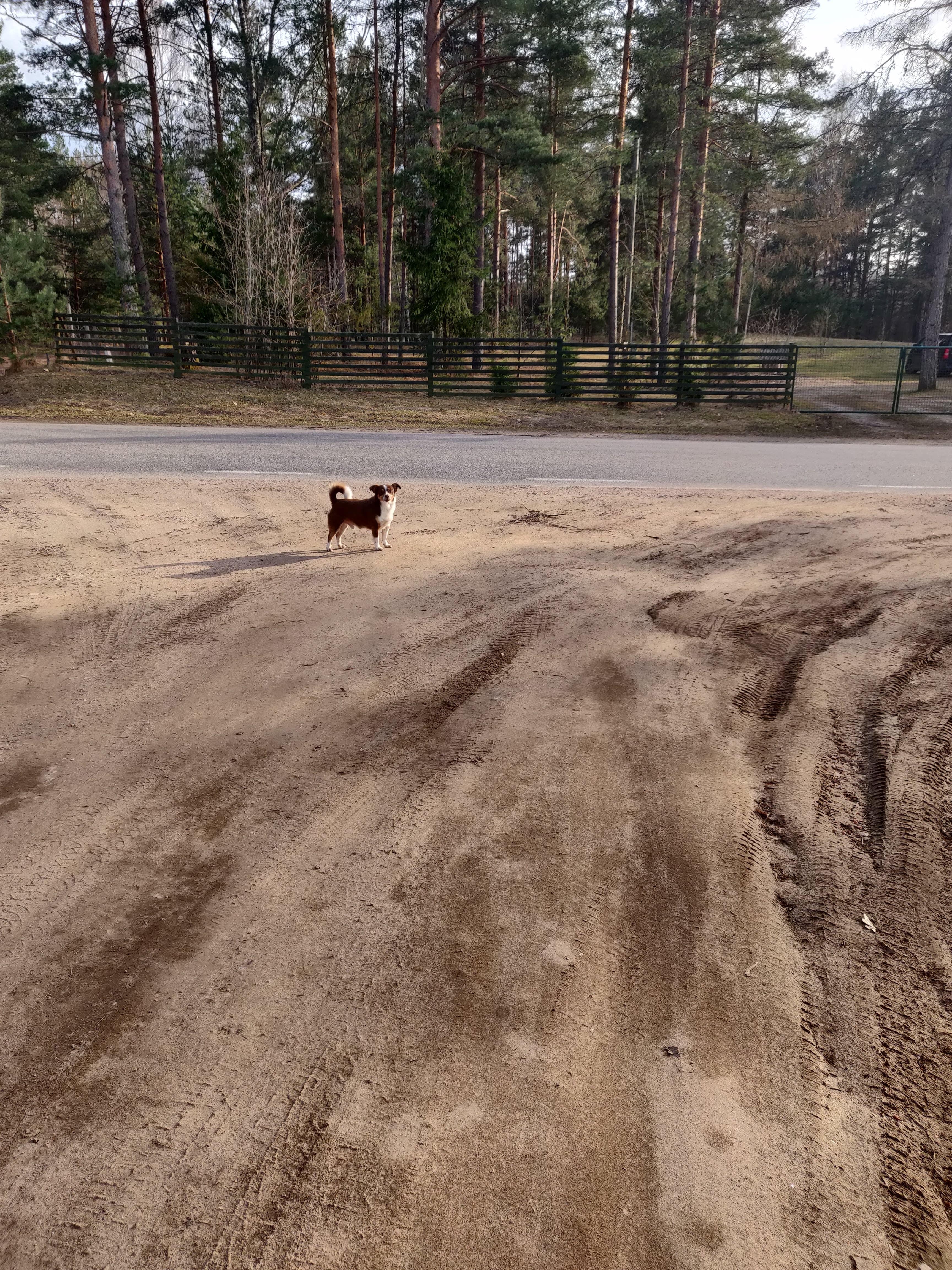 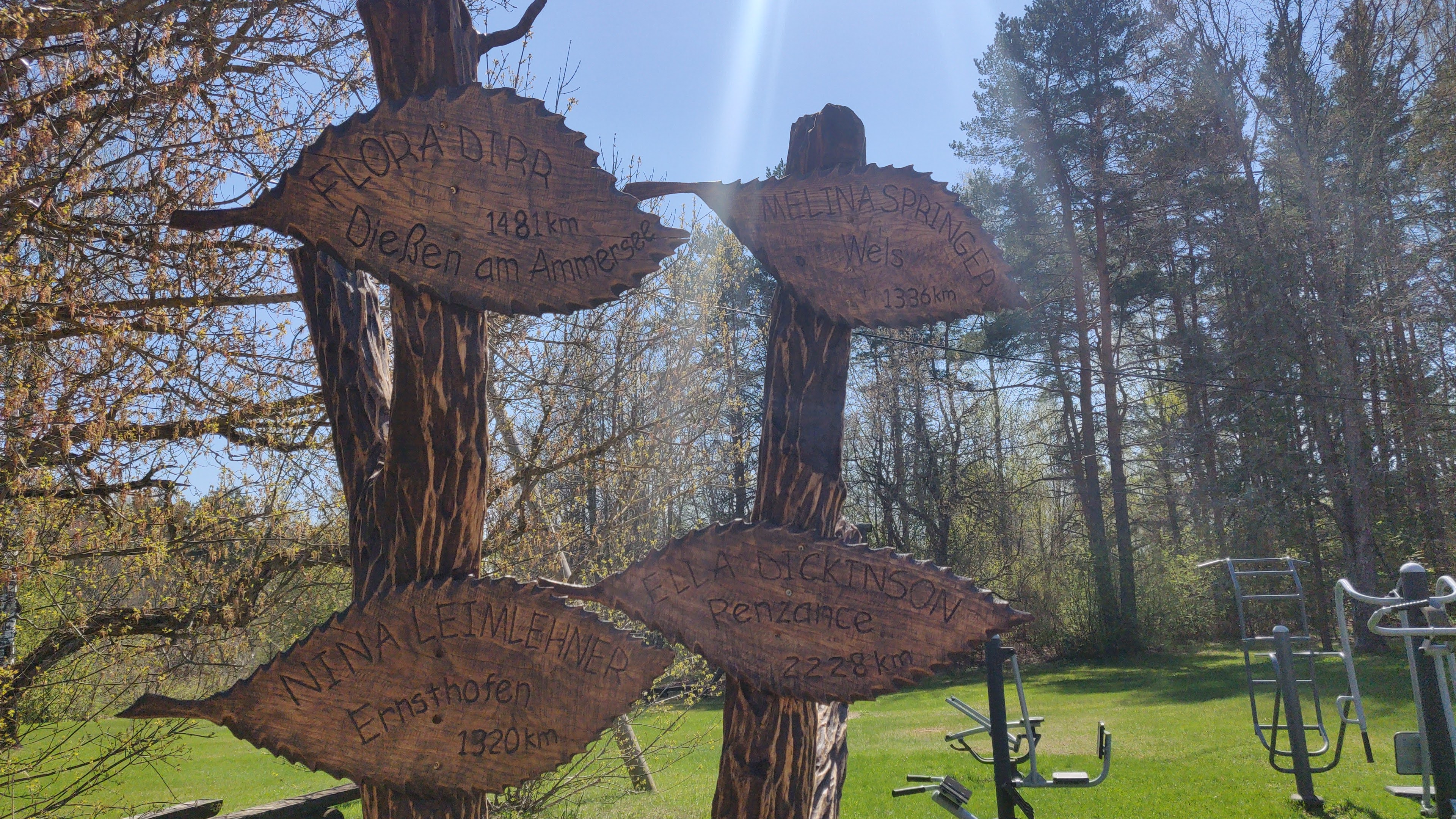 After those enjoy full days there was one major event left in this month. On the 24. many people from the area gathered and cleaned up the village. For example I helped some older ladies and Rasmus to pick up all the fallen leaves around the youth centre. Also we put up a wooden statue dedicated to all the volunteers Hargla had in the past or will have. The statue resembles a tree and has big leaves attached to it with the name, home town, and distance to the home town engraved. They point into the direction of the country and right now four leaves a hanging on the tree. Mine will also be up there in the future after I left Estonia.